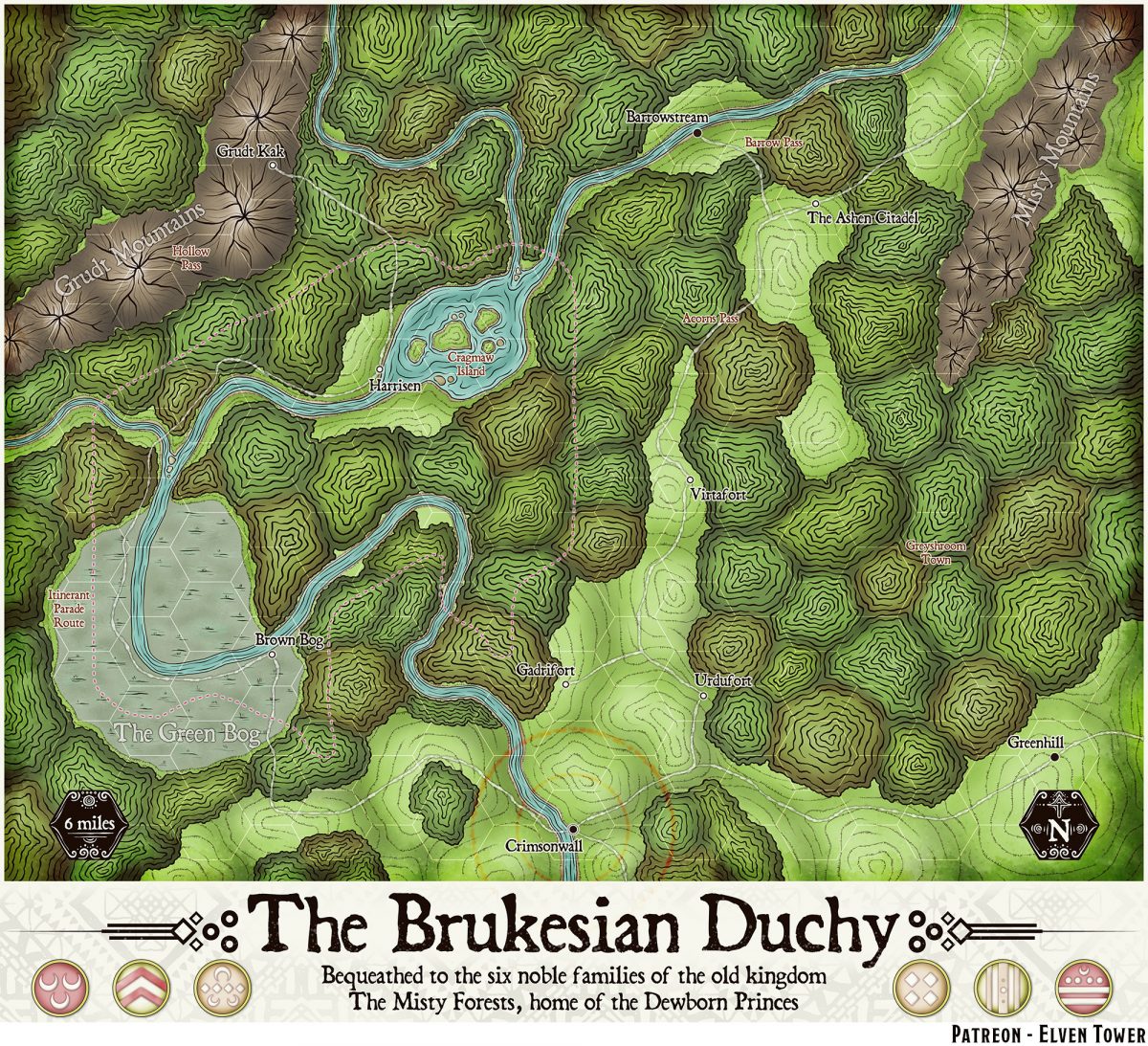 This is the first installment of our Brukesian Duchy Hexcrawl series!

It is a regional hex-region with plenty of interesting locations. It is a territory of a larger kingdom that is so far away from the capital that the crown has little influence over it. Duke Crane rules the place with little interference from the royals. The large Misty Forest north of the duchy is home to many strange creatures and sentient beings. The most important and dangerous ones are the Dewborn, a kind of Fey humanoids who claim the forests their home.

Over the decades, there has been sporadic aggression between the Brukesians and the Dewborn. Both groups compete for the territory and consider the other invaders. The other two sentient groups in the forest are the pigmen and a rare type of sentient fungal lifeforms (myconids). Both are so different from mankind and other races that little is known about them but they live in the forest.

These are detailed hexes and areas of interest in this project:

Get It Here on Patreon 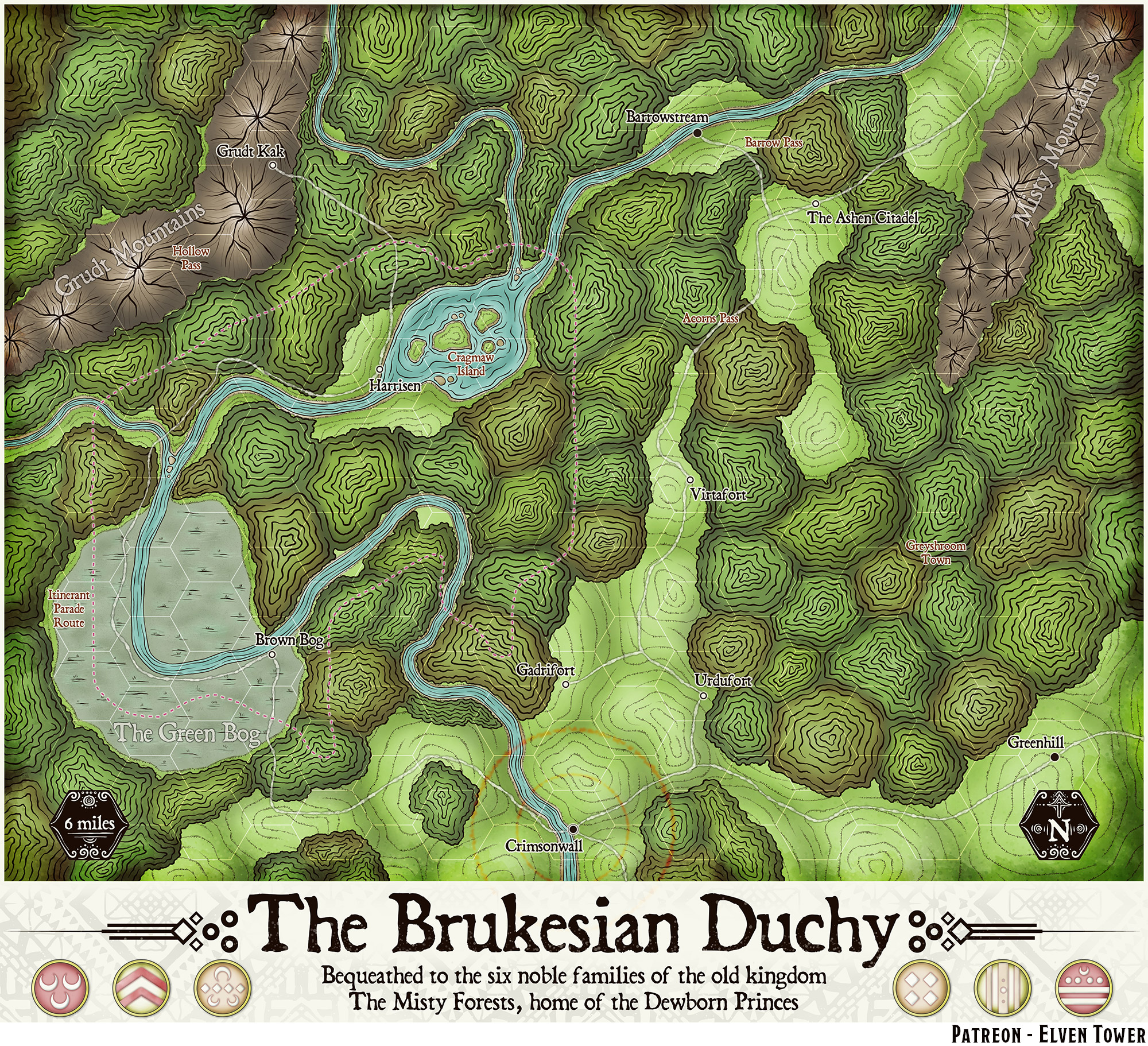