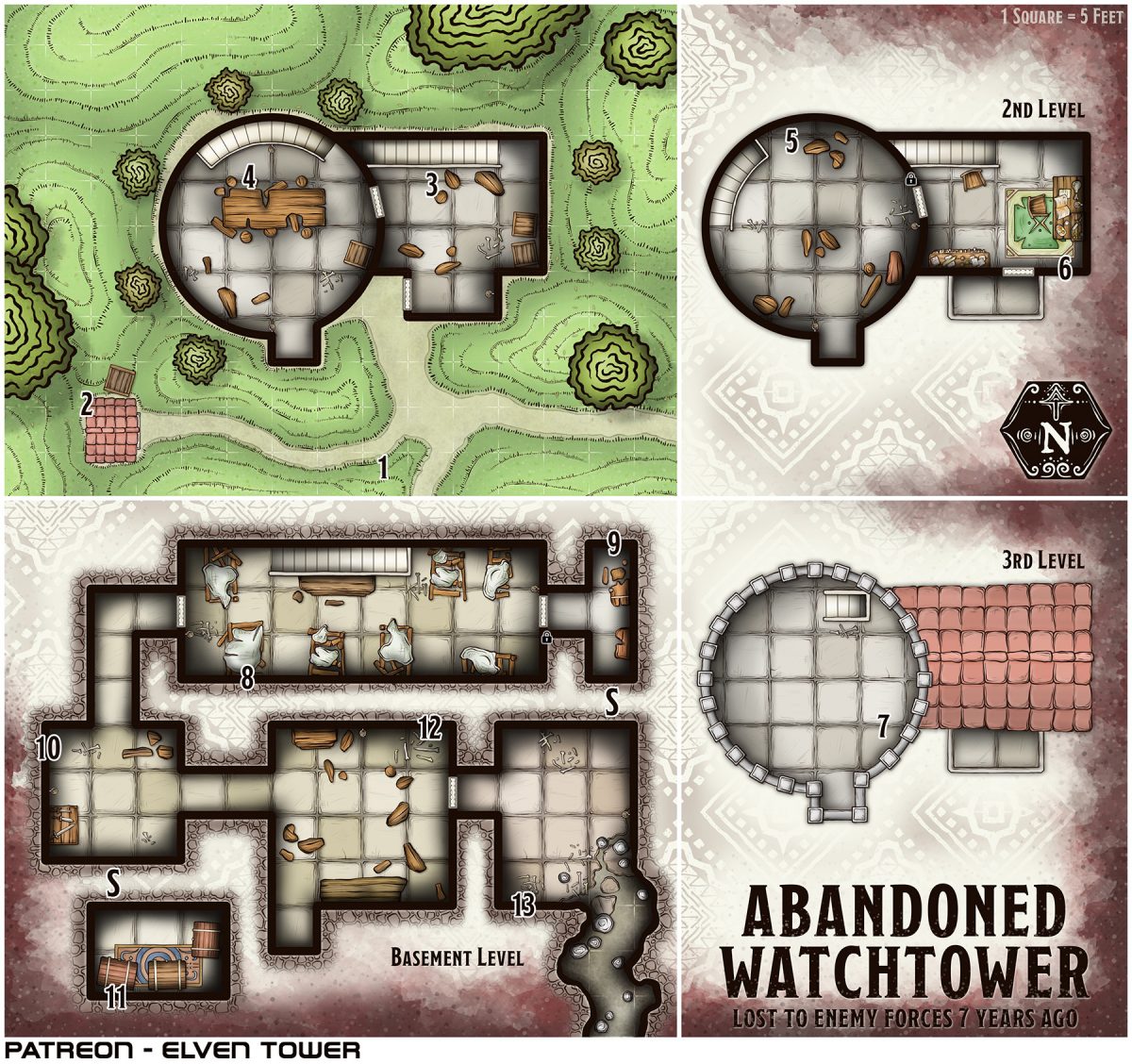 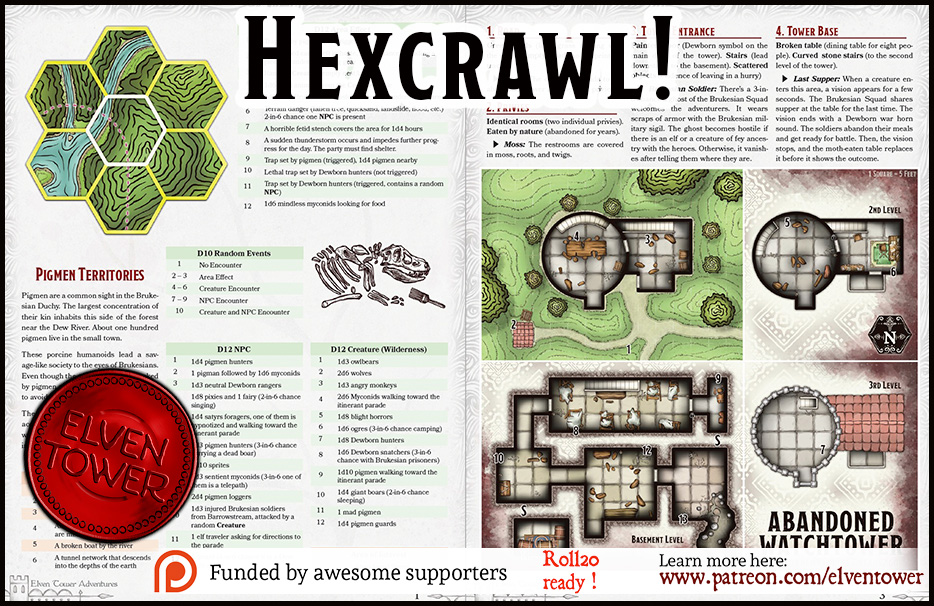 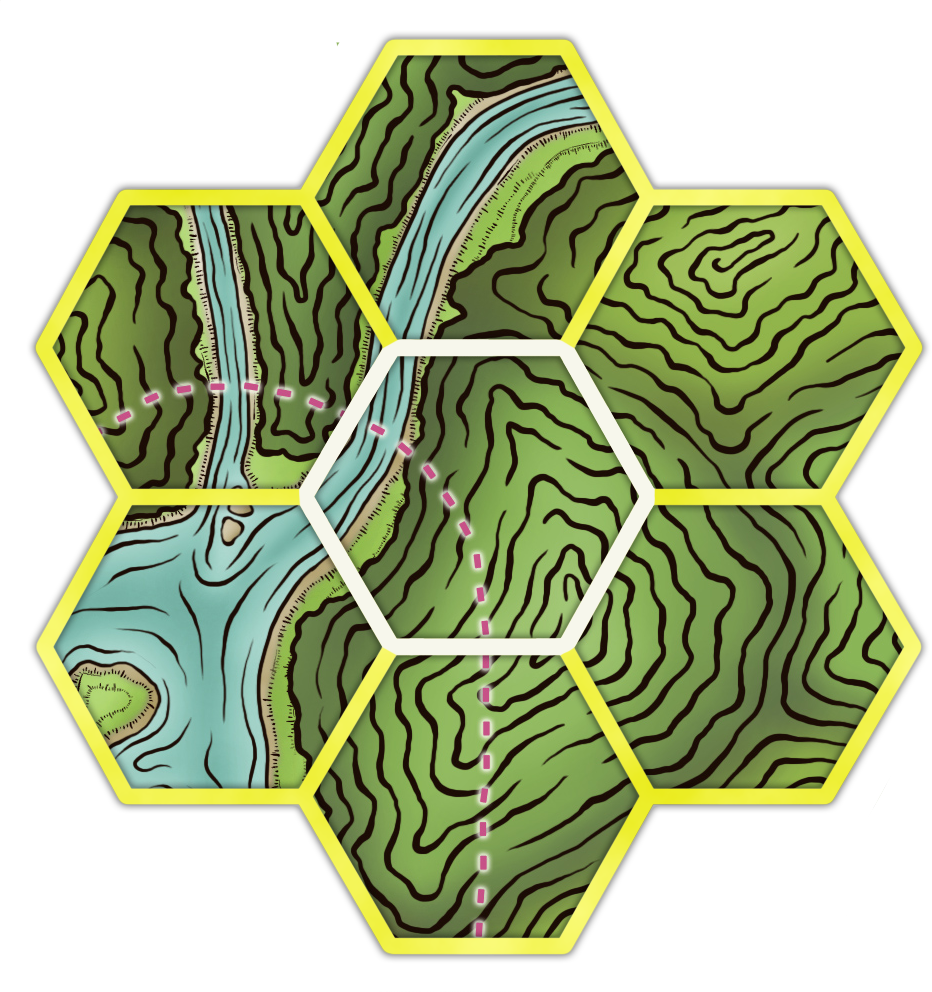 Deep in the forest of the Pigmen Territories, a solitary tower rests lifeless and abandoned. After dealing with the soldiers, the Dewborn destroyed all Brukesian objects inside and left the place to rot and be consumed by nature.

“The Brukesian Squad”: Such was the name of the Brukesian soldiers stationed at this tower. The people from Barrowstream have only bad memories of this former military outpost.

Seven years ago, the people from Barrowstream lost the battle against the Dewborn and the watchtower near the Pigmen Territories fell into enemy hands.

Brukesians still suffer from the loss of this strategic outpost. From here, they could spy on the Dewborn and plan accordingly. Now, it is impossible to know when their skirmishers might attack.

Harrisen and Barrowstream benefited the most from this, but even Crimsonwall depended at some point on the intelligence obtained from the forest outpost.

The Brukesian Squad consisted of a score of soldiers charged with the watchtower’s welfare and safety. Of course, their tasks also involved spying on Dewborn agents and making reports of the forest.

Many catastrophes were prevented and great treasures were discovered thanks to the tower. For about three decades, the Brukesian Squad maintained the Dewborn at bay in the immediate forest region, controlled and observed.

However, the Dewborn realized they were losing the tactical advantage of the land. They planned their revenge for years.

They faked some skirmishes and lost on purpose to make the humans grow overconfident. Once they were ready, Brukesians couldn’t do anything to stop them. The tower was lost seven years ago.

Terrain. The stone tiles of the tower remain in good condition. The Dewborn destroyed everything inside but the tower itself remains.

Light. All torches are useless now. They can be replaced though. The top of the tower bathes in moonlight at night.

Doors. Unless noted with a padlock (see map), all doors are unlocked.

Bones. Most rooms feature human bones. This wasn’t the Dewborn’s doing though. An evil hag has been living in the tower for the last couple of years. The remains and bones of the people it eats are mostly in the basement level.

Smells and Sounds. The whole tower has a strong stench of decay. The hag’s presence has made the stench even stronger.

Painted Door (Dewborn symbol on the main door of the tower). Stairs (lead downstairs to the basement). Scattered objects (evidence of leaving in a hurry)

Broken furniture (all wooden, none of it serviceable).

Neat and organized (The Dewborn didn’t care for this place). Books and scrolls (academic and military studies).

Dirty and eroded (years of lack of maintenance and constant rains).

Broken beds (seven individual beds destroyed by the Dewborn). Dusty and moldy (the lack of ventilation in the room make it warmer).

Perfect conditions (this room remains intact after seven years). Unlocked chests (none of the chests has a lock or security measures).

Horrible Stench (the smell of death and putrefaction pierces eyes and nostrils). Bones and remains (the hag’s victims’ corpses litter the room).

Cave tunnel (a cave-in in the southwest corner of the room). Gruesome view (the remains of many of the hag’s victims are here). 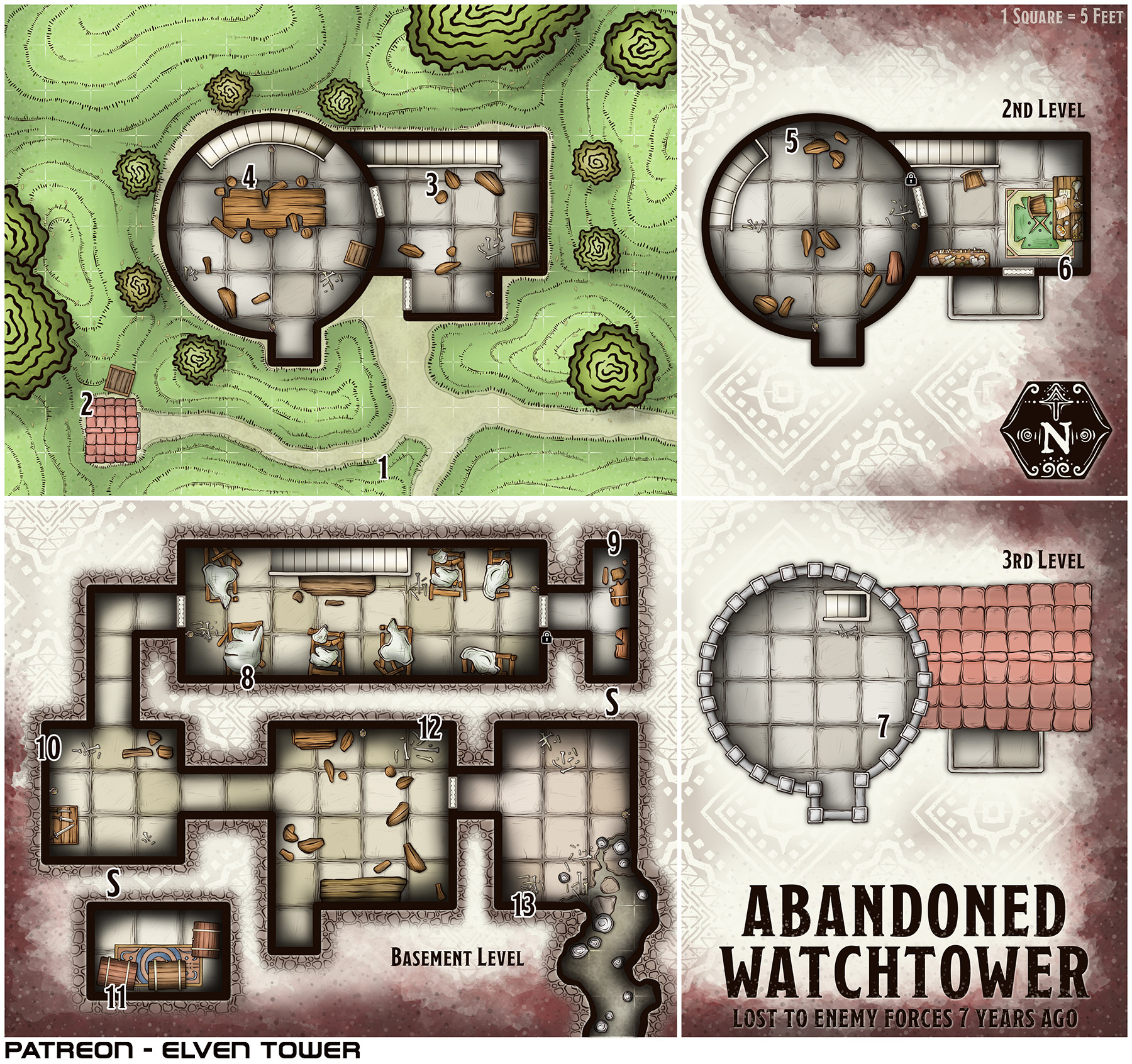