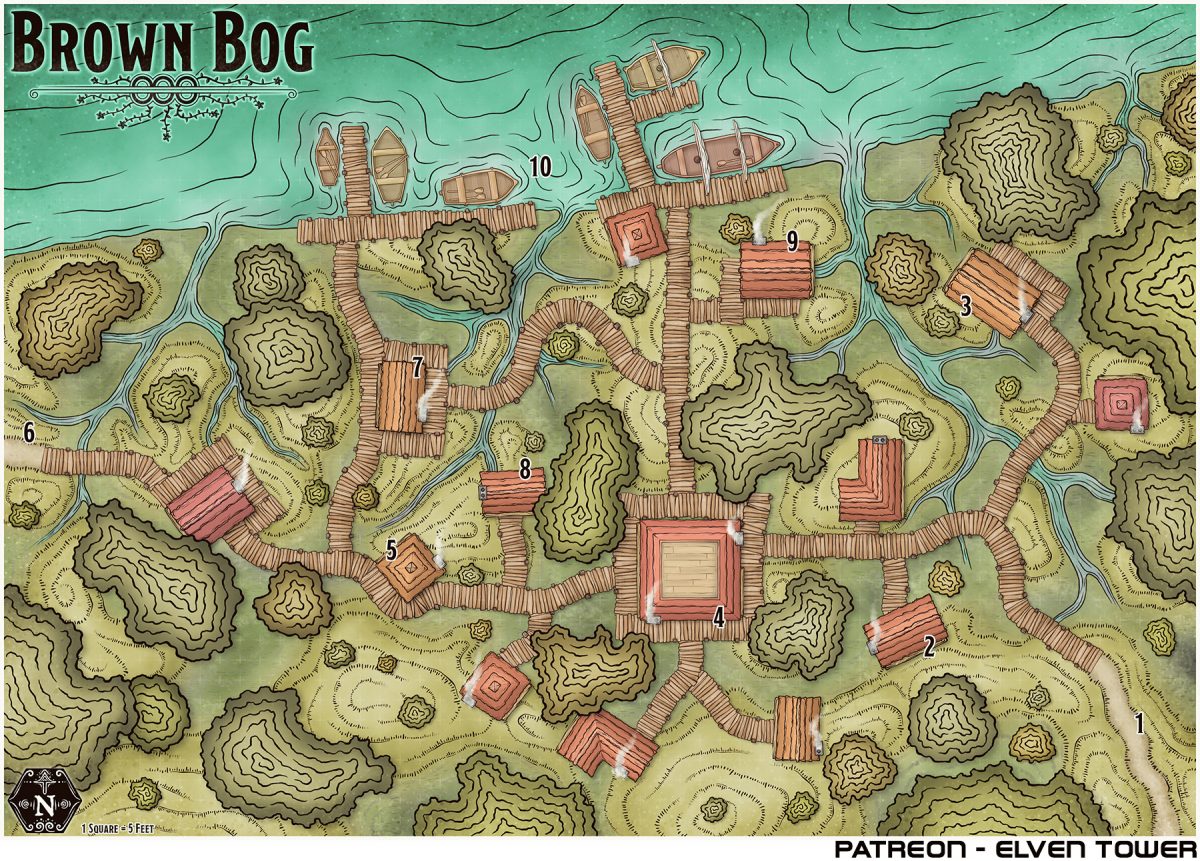 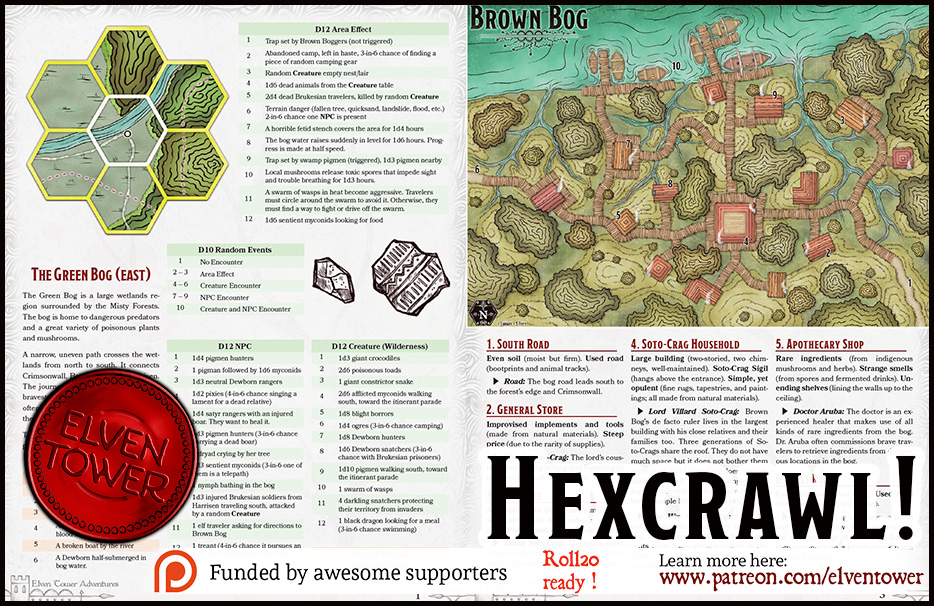 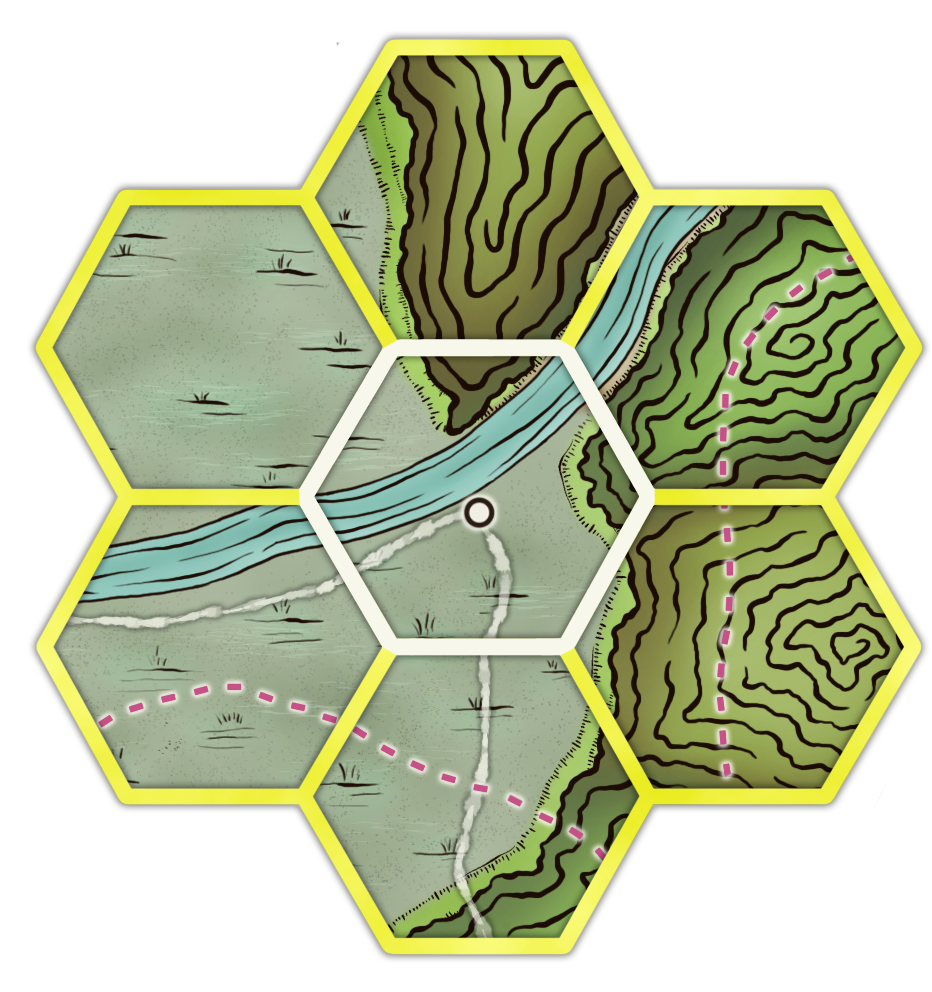 Lord Villard Soto-Crag settled the town Brown Bog by the eastern reaches of the Green Bog. The day he, his close relatives, and some loyal retainers moved to the bog against Duke Crane’s orders, most people in Crimsonwall believed they would not last a year before returning to seek refuge behind the capital’s tall walls. The nobles were amused by the Soto-Crag’s stupidity. Alas, it has been fifteen years and the swamp-lovers continue to thrive in the dangerous Green Bog. Better yet, more people join them as time passes and their community grows.

Before Brown Bog, there had never been a human settlement in the Green Bog. The wetlands within the Misty Forests are home to aggressive territorial monsters and the land is uneven and difficult to build on. Explorers and brave pathfinders found a way through the bog and charted a way to travel from Crimsonwall to Harrisen. The path roughly follows the Dew River upstream. Regardless, traversing the bog is a risky proposition.

Fifteen years ago, the Soto-Crag family lived in Crimsonwall and enjoyed the luxuries of the capital. The family patriarch was Lord Villard Soto-Crag. Villard is a simple man with a soft side for walking in the wilderness at night and hunting savage creatures for their furs and food. He was known for his hunting trophies.

One day, he claimed he heard the call of the wild. It allured him to abandon all wealth and join nature in the bog. When he voiced this sentiment, some people thought he’d fallen under the itinerant parade’s charm of madness.

Nothing convinced Villard to stay in the capital. Some relatives pleaded and demanded he stay and Duke Crane ordered him to remain in the capital. Still, Lord Villard Soto-Crag settled his affairs and left with a small group of relatives and loyal friends who believed him.

It was soon understood that they were not afflicted with the itinerant parade’s fever. Brown Boggers live in communion with the wetlands and lead simple and prosperous lives. Predators and Dewborn leave them be. The indifference is interpreted as acceptance, by the locals.

Brown Bog is a small community located by the eastern border of the Green Bog. It consists of thirteen raised buildings connected by uneven wooden bridges. Every structure in Brown Bog stands ten to fifteen feet from the swampy floor below. Unless otherwise noted:

Low-light life (the town is half dark even during the day). Moist stench (smell of stagnant water). Hungry mosquitoes (larger than usual and persistent). Wooden buildings (one-storied, stone chimneys, and thatched roof).

Improvised implements and tools (made from natural materials). Steep price (due to the rarity of supplies).

Rare ingredients (from indigenous mushrooms and herbs). Strange smells (from spores and fermented drinks). Unending shelves (lining the walls up to the ceiling).

Disgusting stench (it mixes with the swampy smell). Drying leather racks (arranged around the house). 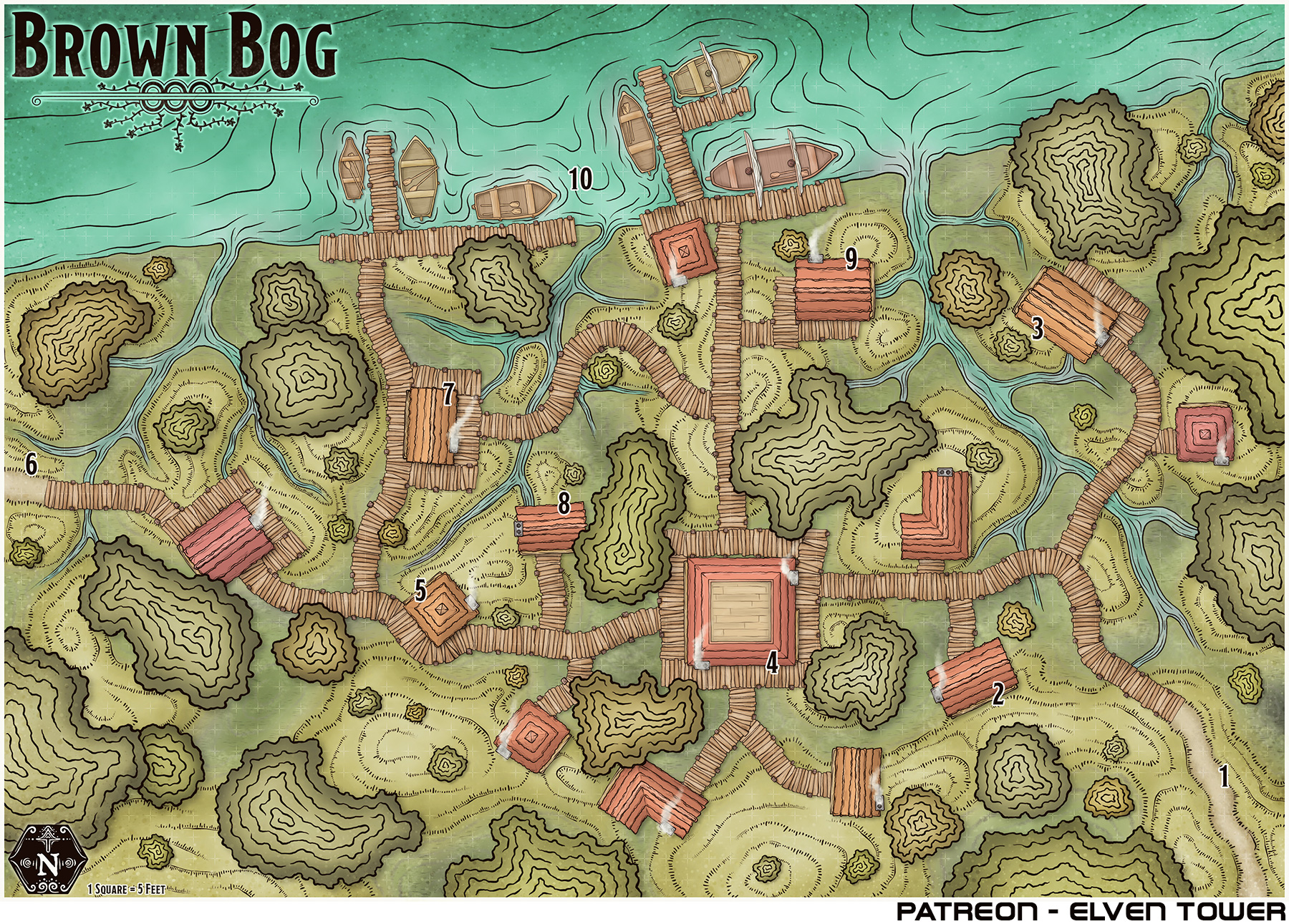