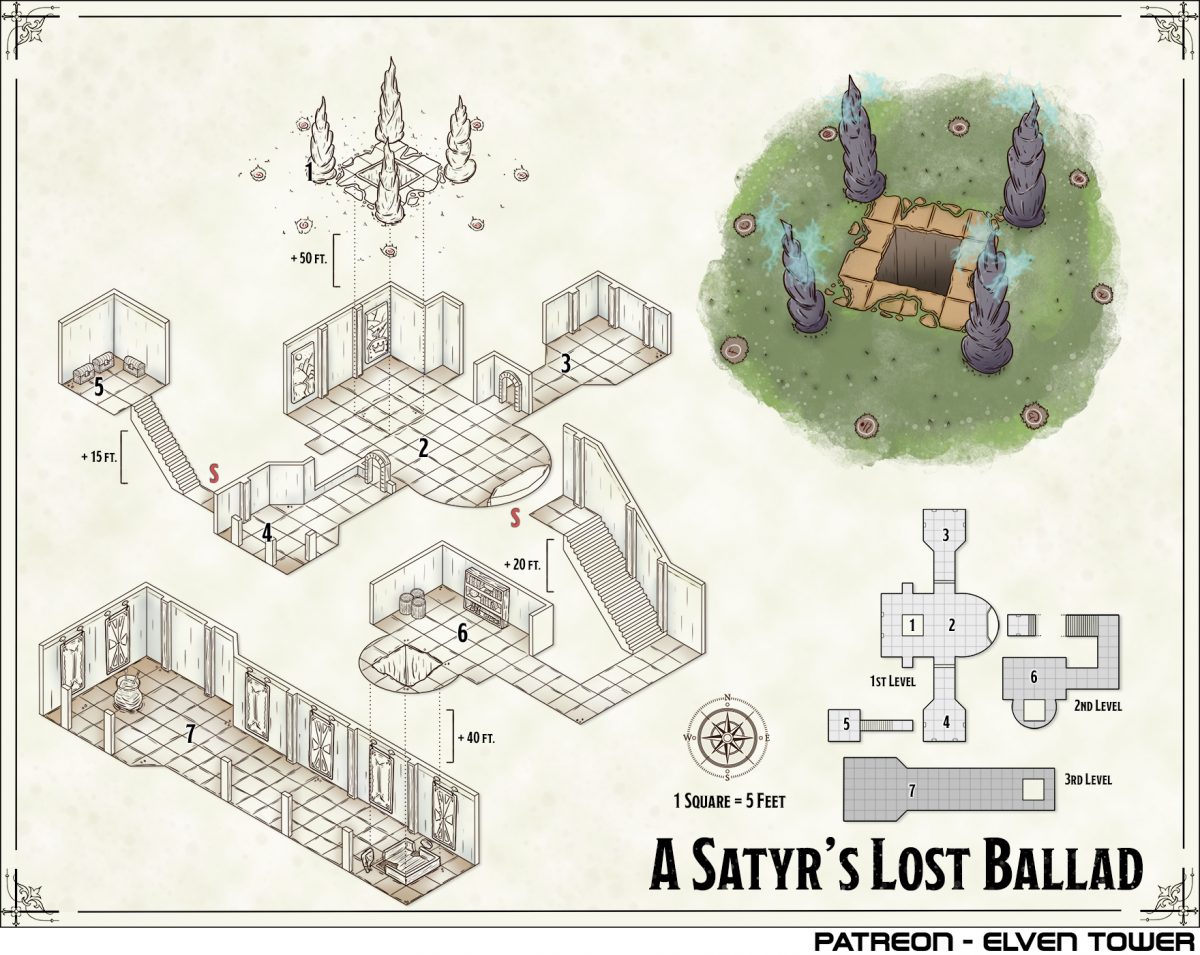 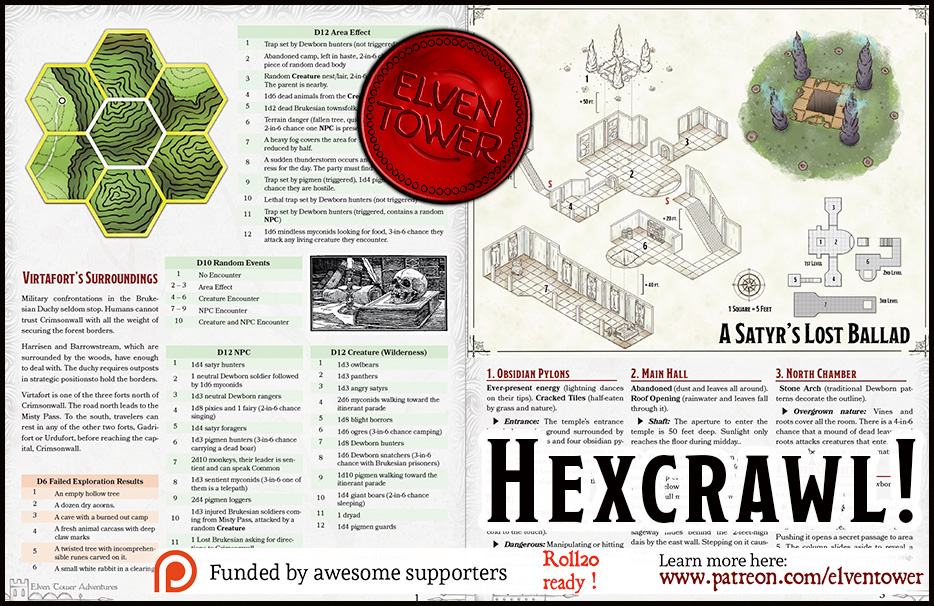 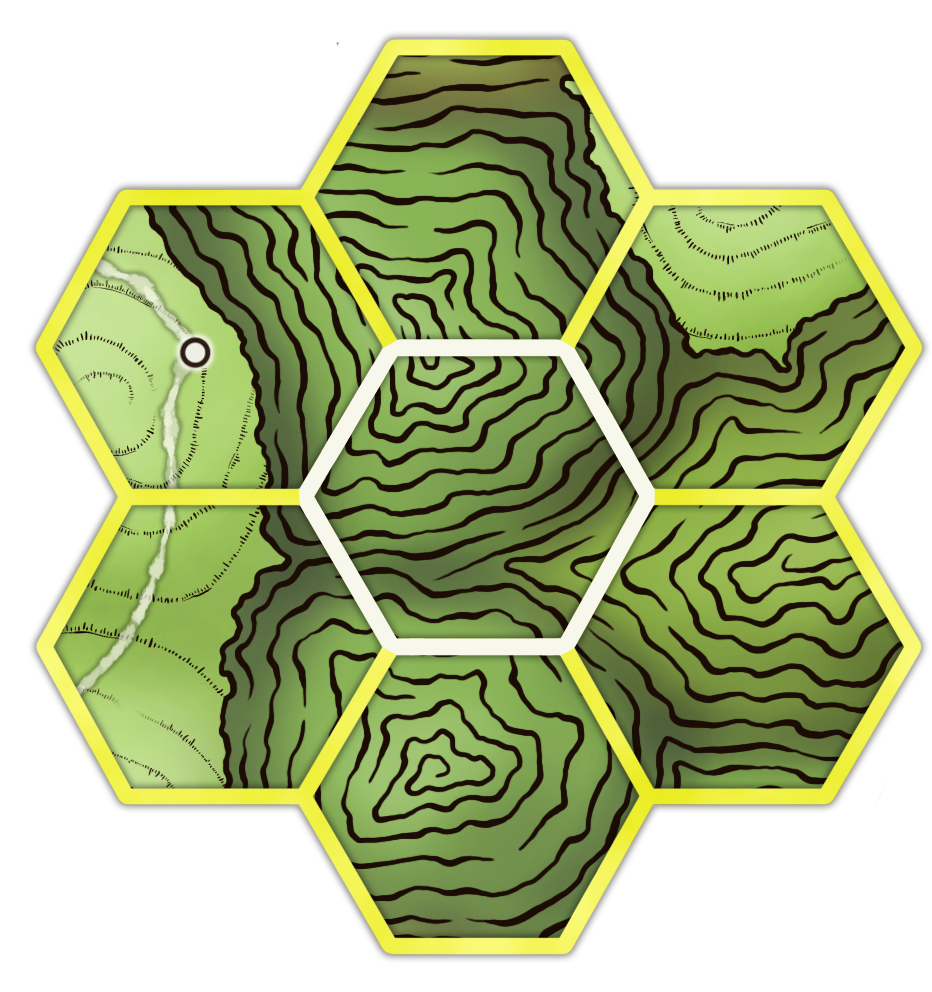 The forests of the Brukesian Duchy are so vast that humans haven’t been able to explore them all. Some of the deepest parts of the woods remain uncharted. Dangerous, secret locations undiscovered by men.

A magical Dewborn temple lies hidden in the forest. The Dewborn seldom come here anymore because of its proximity to Virtafort. However, the abandoned place has a peculiar new dweller.

Satyrs are fey creatures. They live in harmony and communion with the Dewborn and other beings of nature.

Their beautiful voices and musical skills allow them to charm and captivate others. They usually live alone or in small communities.

Satyrs in the Brukesian Duchy remain, in general, neutral to humans. Unlike the Dewborn, they dislike weapons. That is why a confrontation between humans and satyrs rarely occurs.

Like all peoples, satyrs also have rotten apples. These outcasts prefer to travel alone and spend their lives as nomads.

Fenekus has never belonged. He doesn’t have a taste for music. He can’t sing. The other satyrs rejected his companionship. They didn’t do so without a valid reason though. Fenekus is a spiteful, mean individual. He deserved the treatment he got.

One day he left and never returned. That was a happy day for his community. His presence was never missed. However, Fenekus had a clear purpose.

The forsaken satyr found an abandoned Dewborn temple and made it his new home. Since then, he has been learning black magic and practicing sorcery.

The discordant kinds of magic that satyrs never dabble into. Evil patrons showed him the path of darkness. His heart and mind succumbed to it.

The temple suffers the passing of time; the Dewborn don’t come here since the Brukesian Duchy came to exist and the conflicts with humans started.

The soldiers from Virtafort know about the pylons and their magic thundering above them. They prefer to avoid this place.

They do well. The pylons’ magic is chaotic and only the Dewborn understand it.

The energy from the ancient obsidian stones influences all areas in the temple. Creatures summoned from the fey world may appear out of thin air all of a sudden, only to be transported back to their homeland a few seconds later.

Abandoned (dust and leaves all around). Roof Opening (rainwater and leaves fall through it).

Large pot (made of mud and clay). Green concoction (releasing light fumes with a sweet aroma). 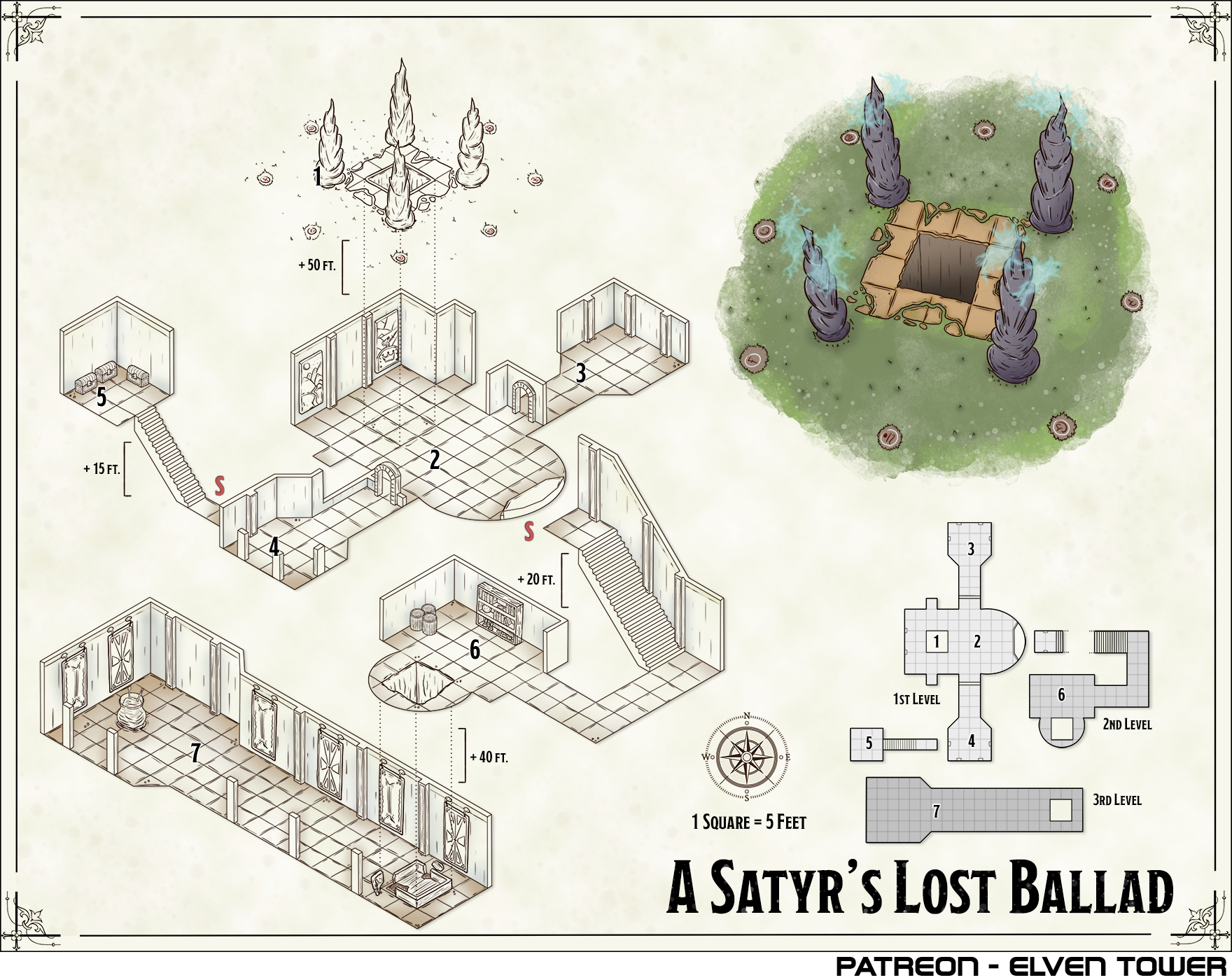