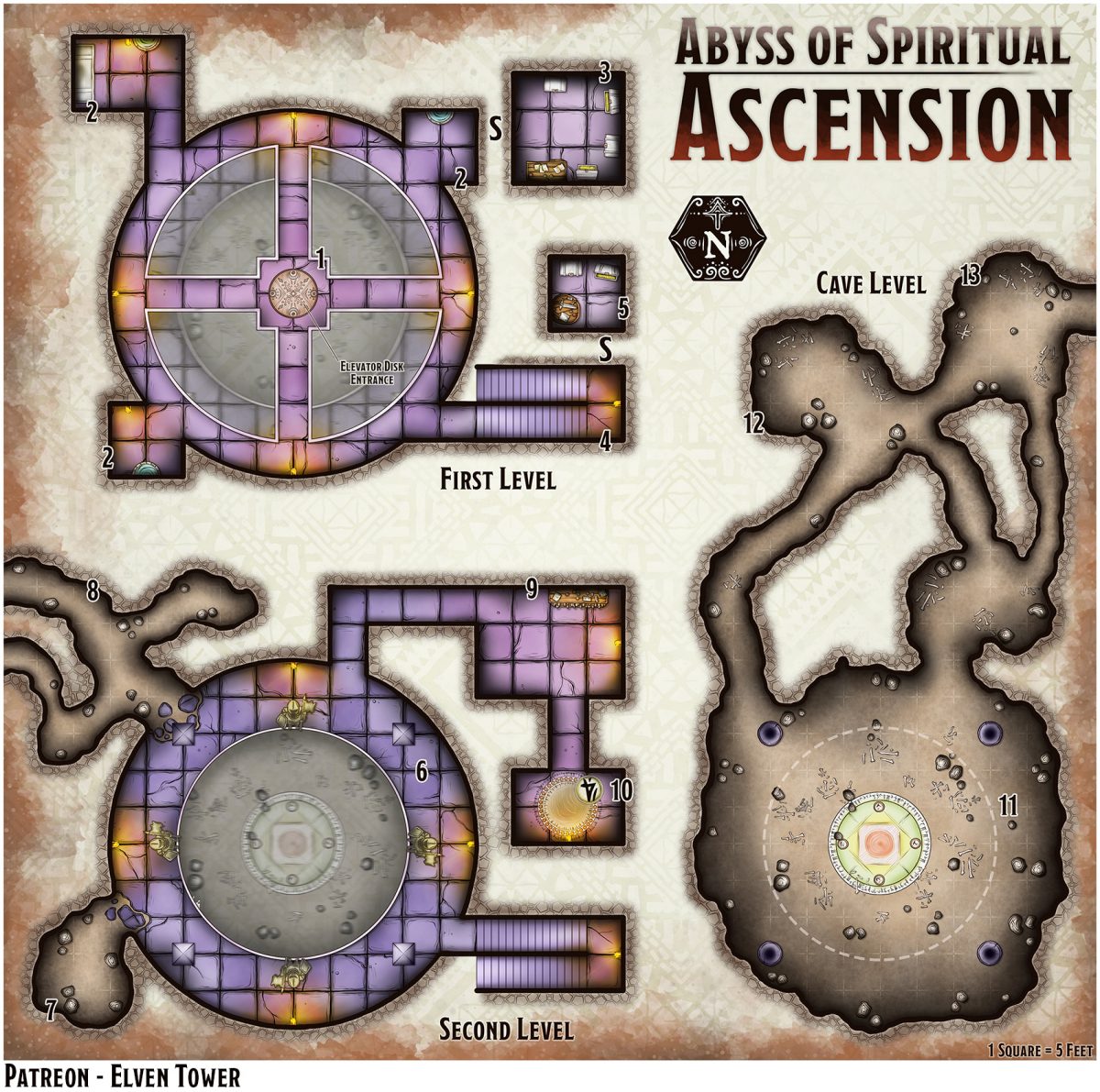 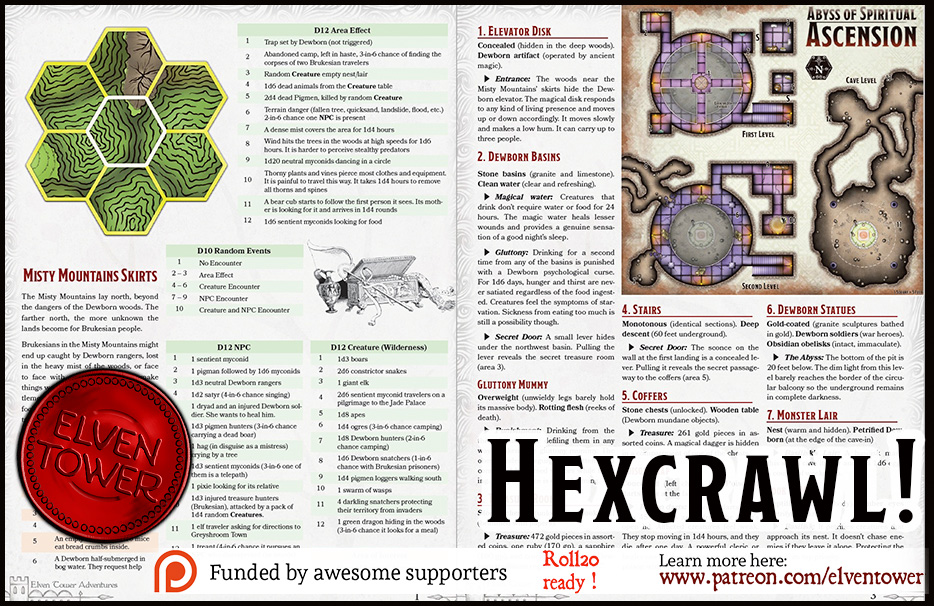 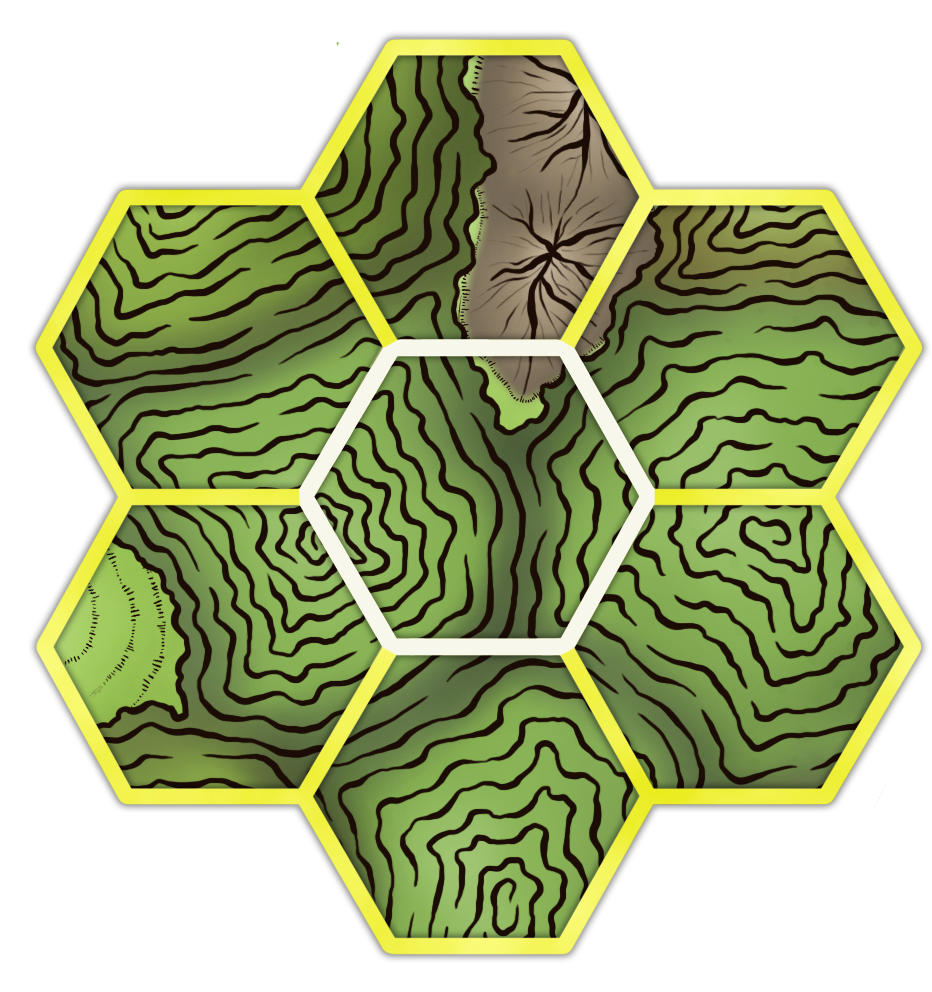 Traditions and costumes represent peoples. But two particular cultures could differ in many ways. Such is the case of the Dewborn and the realms of men.

Deep in the woods, beyond the Jade Palace and Greyshroom Town, lies the entrance of an ancient Dewborn temple. Hidden by the Misty Mountains’ skirts, a magical elevator disk descends into the darkness of the Abyss of Spiritual Ascension. A place where the Dewborn ritualistically sacrifice their most worthy foes.

After a battle, participants from opposite cultures proceed in contrasting ways. The Dewborn have particular characteristics that differentiate them from men when dealing with war prisoners.

The Dewborn execute most of the people they capture. But those who impress them in combat or earn their respect in other ways are taken to the Abyss of Spiritual Ascension, near the Misty Mountains. Inside, there is a dark pit where the Dewborn warriors call on a monster to devours the prisoners they bring.

This sadistic and cruel way to die isn’t regarded as punishment by the Dewborn, on the contrary. For them, enemies that showed great skill in battle have earned this “honorable” death.

The temple is connected to a network of underground tunnels under the Misty Mountains. There lies a horror unlike any other. “The Mass”, the Dewborn call it. A shapeless, oozy, acidic abomination that engulfs living matter that has the misfortune to be considered a worthy foe by the Dewborn. It is a grim affair.

The Dewborn believe that the monster is a sort of divine executioner that ascends the souls of those it eats to The Beyond, a place only the most honorable Dewborn can reach after death. This ritual sacrifice holds the highest of respects and admiration to the person about to die.

Brukesians have no information about this place. Those who have come never live to tell the tale. The practice of this tradition is unknown as well.

The Brukesian army could make great use of this information. But the chances of leaving unharmed are slim at most.

The Abyss of Spiritual Ascension is the name that the Dewborn gave to the temple. The bottom pit looks like an abyss from the upper two cylindrical levels. The spiritual ascension occurs in the darkest, lowest level.

Nest (warm and hidden). Petrified Dewborn (at the edge of the cave-in)

Bookshelf (filled with Dewborn papers). Magical aura (from the south in area 10).

Dewborn patterns (drawn on the circle). Ritual words (inscribed on the wall).

Death stench (it is the strongest in here). Bones and remains (scattered all over the ground).

Shapeless (amorphous goo). Disgusting (made from guts and bones). 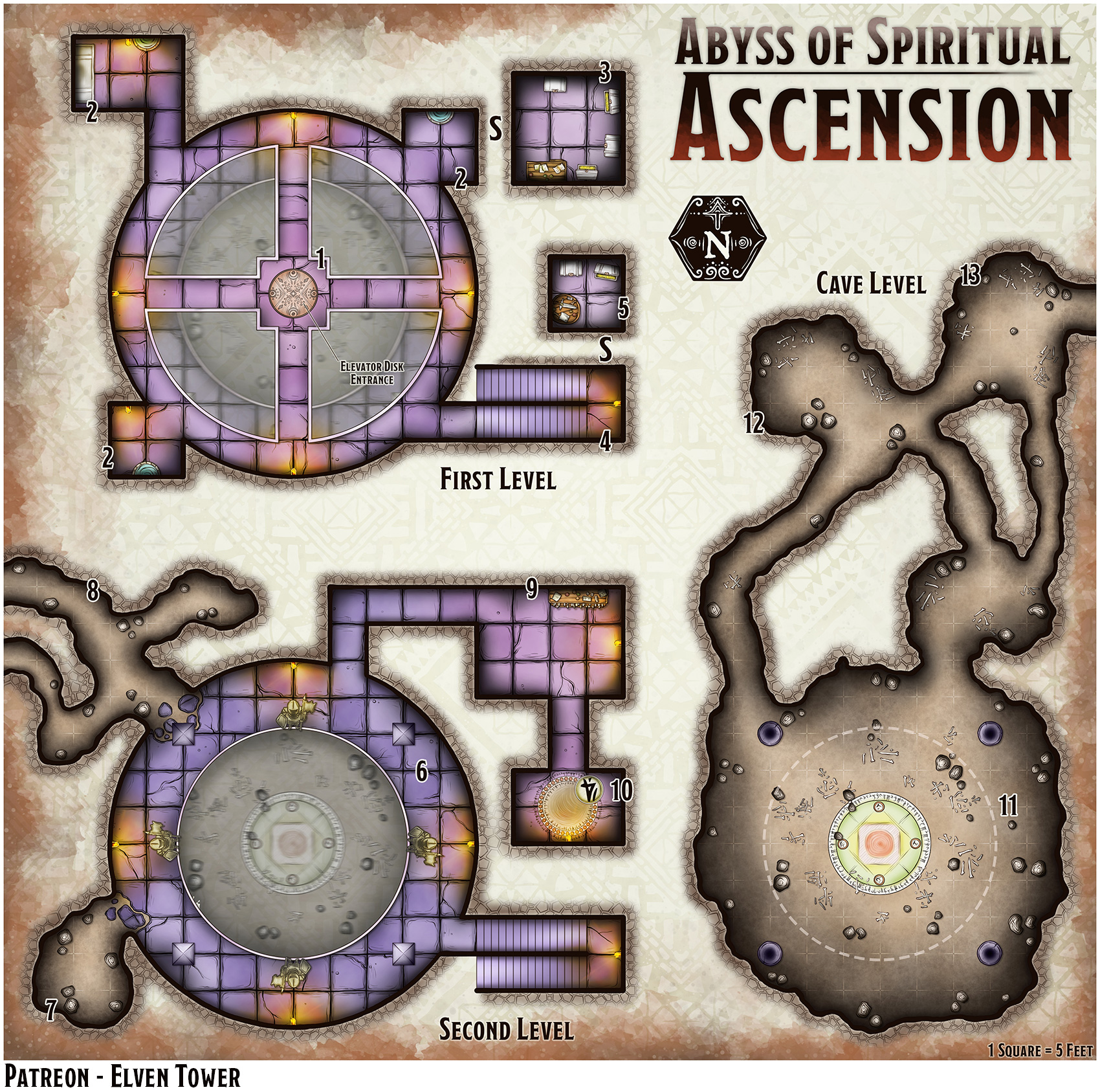