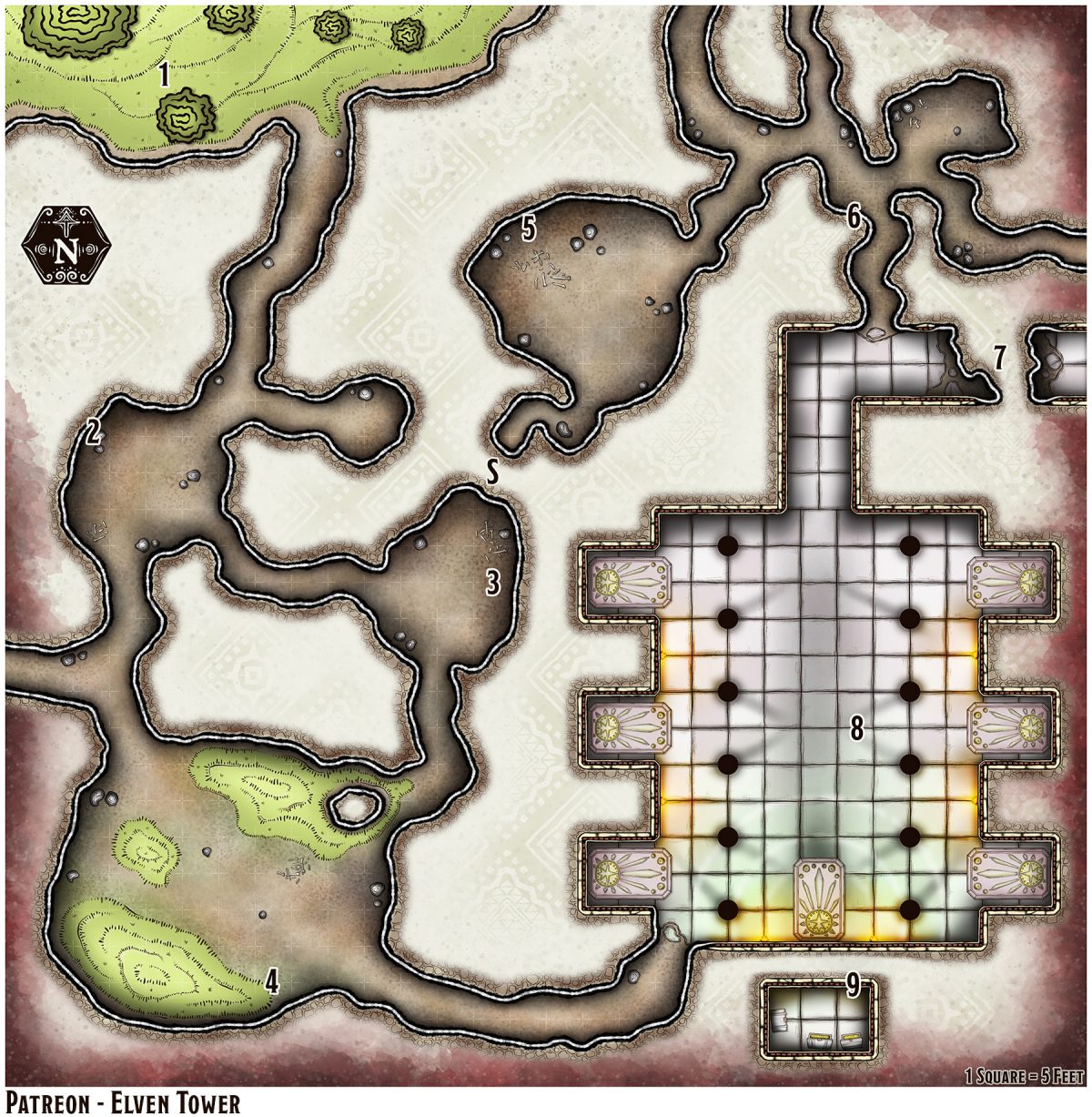 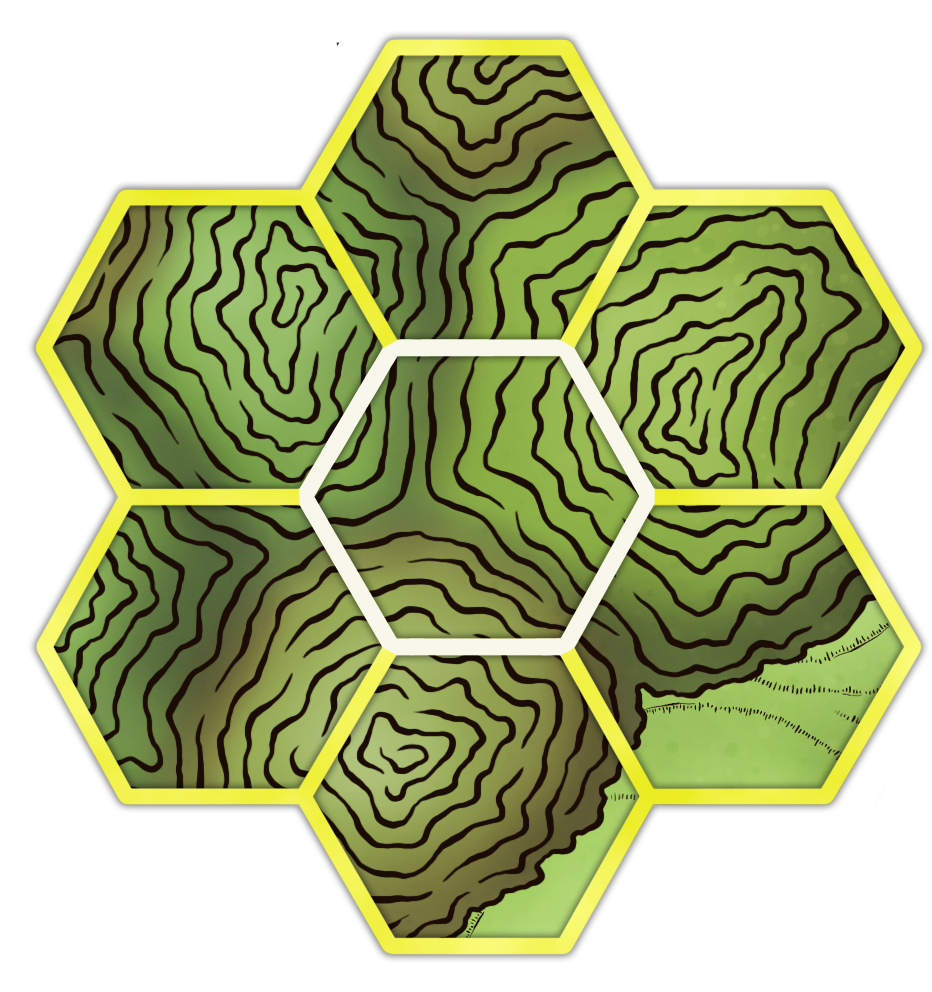 Careful exploration of the area known colloquially as the myconid rotting grounds may reveal the location of an ancient Dewborn tomb. It is two thousand years old and its location within the myconid-infected zone is ignored by all. Even the Dewborn have no recollection of this place, despite it being dedicated to recognizing the efforts of the seven zealots that fought to carve a place for the Dewborn in the Material Plane. Their efforts now forgotten, their anger palpable.

The Court of the Dewborn Princes settled at an undisclosed location in the northeast Misty Forests two thousand years ago. Back then, no human society that mattered roamed the lands of the north. Sparse hamlets and tribes have always lived in the area but none of them would ever threaten the power and hegemony of the Fey Court.

The Dewborn abandoned their home in the Fey Realm trying to escape a terrible war that ravaged their world. The Dewborn that live in the Misty Forests are descendants of the small group that managed to escape. They know that many of their kind remain stranded on the other side of the planar veil. They have little ways of communication and ignore most of what happens in the Fey Realm.

During the period of transition, seven valiant Dewborn warriors accomplished the impossible to bring their kin across the planar veil and settle the verdant forests of the material plane. They fought the worse of creatures trying to reach the portal and sacrificed their life force to keep the barrier open for their brethren to cross. They sacrificed themselves for the benefit of their race. The surviving Dewborn settled in the uncharted forests and bowed to never forget the sacrifice of the seven zealot warriors. They built an opulent grave for the seven zealots and showered them with riches and songs. They swore to remember their brave deeds so that their valor would define the future of the Dewborn race.

Two thousand years later, the Dewborn at large have forgotten all about them and their grave. Their burial place is a ruined mockery of its once grandiose splendor. The seven zealots’ spirits are enraged.

What remains of the seven zealots’ tomb is only accessible through a complex network of tunnels near the myconid rotting grounds. The myconids shun the area.

The caves, unless otherwise noted:

The tomb, unless otherwise noted: 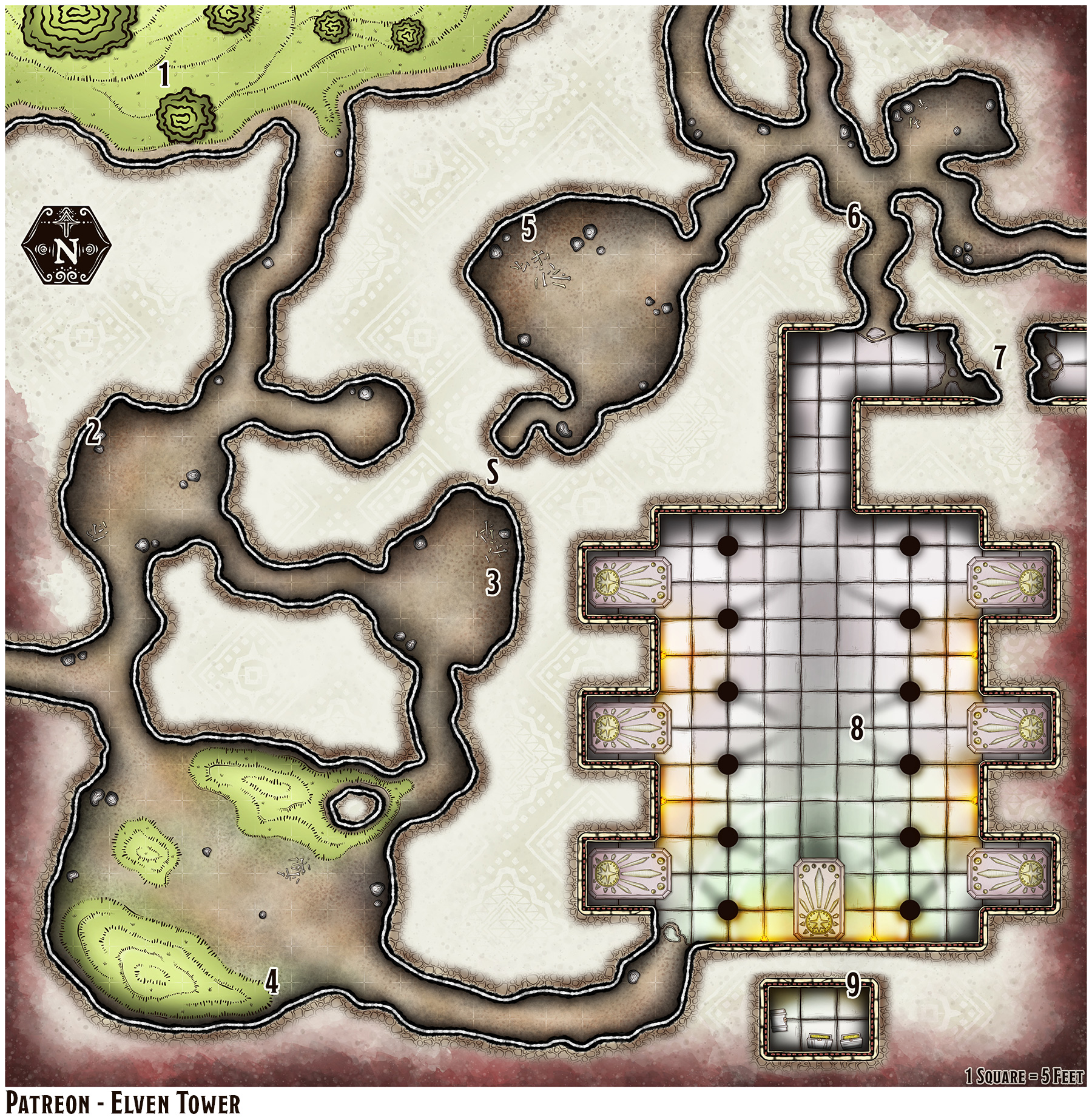