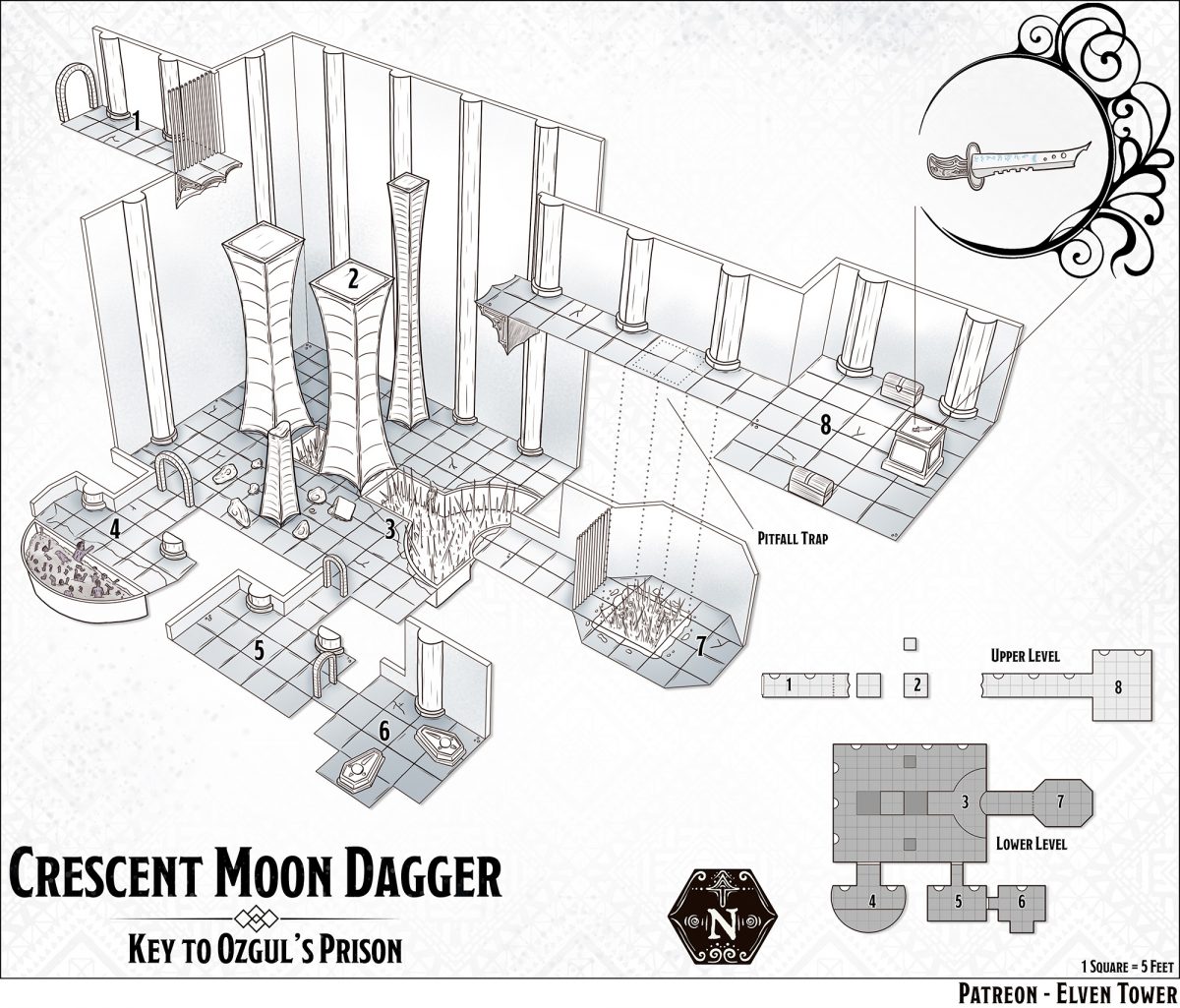 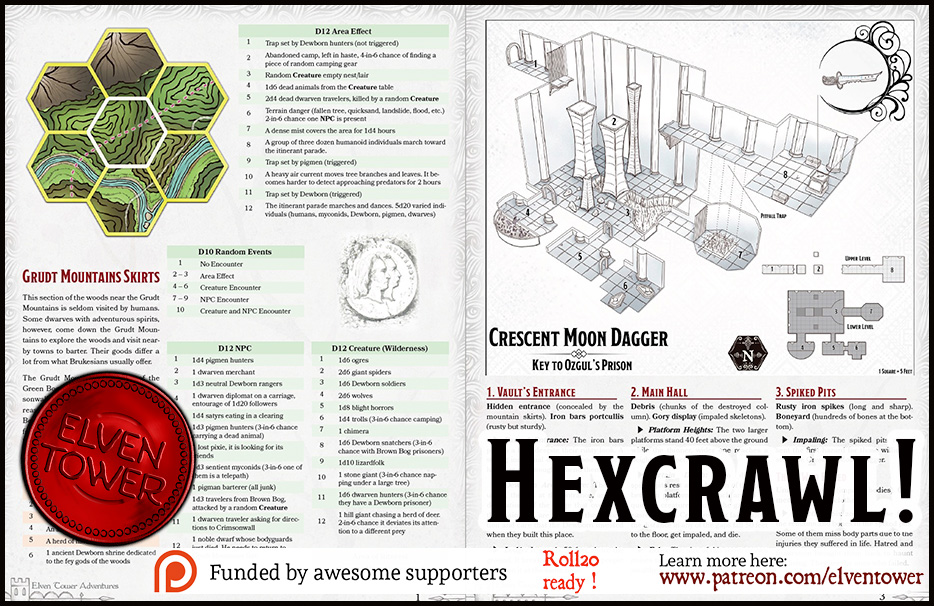 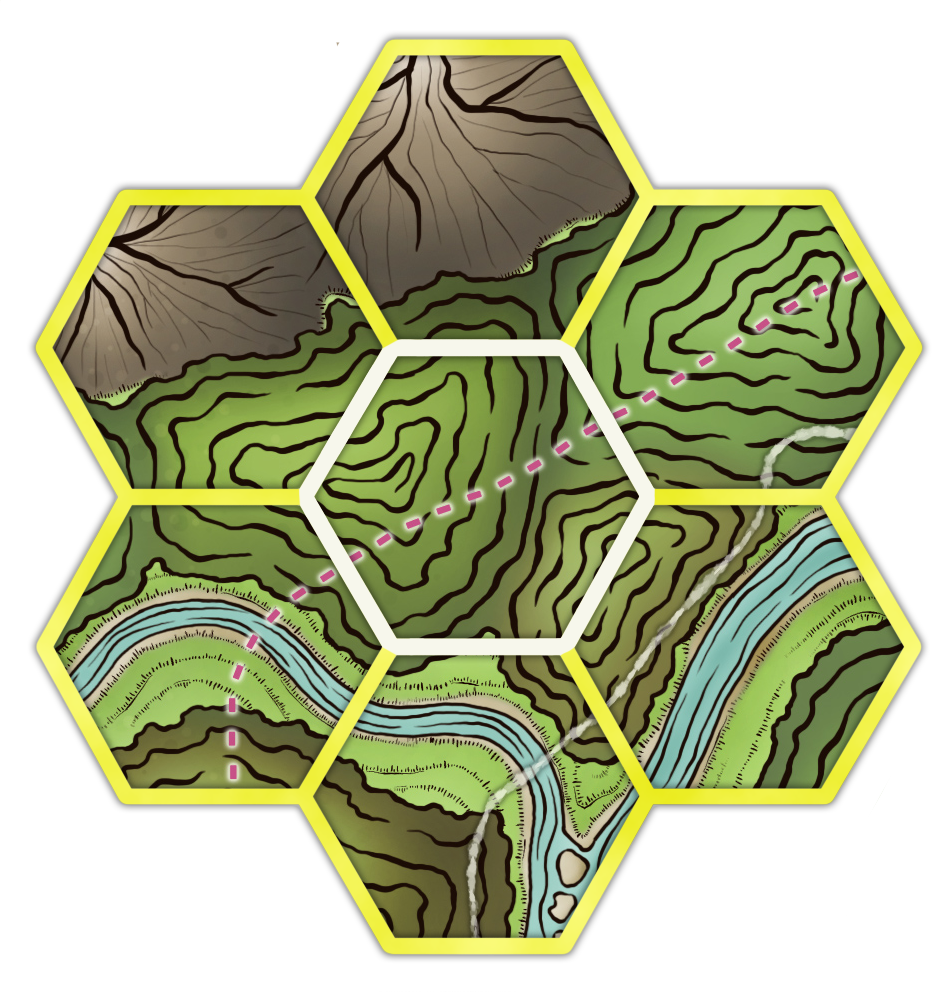 The Dewborn in the Brukesian Duchy differ greatly from their past kin. They’ve lived far from home for so long that they have started to forget their origins and the darkness they left behind.

The Dewborn built this vault to guard a dagger key to the prison of an immortal enemy. The people from the Fey Realm have forgotten of its existence. Despite being well-guarded, it is there for the taking. In the wrong hands, the dagger could cause the return of a horrible threat.

Two thousand years ago, the Dewborn fled from the Fey Realm, their home. They escaped a horrible war that threatened their survival as a people.

In a desperate attempt of survival, the Dewborn opened a gate between worlds and crossed the veil of the planes to reach the Brukesian Duchy. Only a portion of them could go through; their relentless enemies were aware of their plan and attempted to stop them from escaping.

Seven Dewborn heroes fought to keep the portal open and let through as many of their people as possible. Despite their efforts and sacrifice, the warriors couldn’t prevent a mighty foe from crossing the gate before it closed.

A fey spirit with an endless hunger for living matter made it through. A horrible battle ensued. The Dewborn, injured and tired, knew that it was a matter of time before they met their maker.

The seven zealots’ duty was to protect their kin. But they realized they were no match for the mighty fey spirit. In an epic display of heroism, they sacrificed their lives to imprison the corrupted fey spirit in a magical jar.

Ozgul is the name of the fey spirit that crossed. After two thousand years, most of the Dewborn have forgotten about both the prison and the key.

It was the Dewborn’s wish for the key to remain untouched. Nevertheless, treasure-hunters believe that the more protected a place is, the larger the reward. And the dagger is, indeed, well-guarded.

The vault’s entrance is hidden in the mountain skirts. The underground place is abandoned and somber.

Despite the deterioration and disrepair, the Dewborn decorative stone carvings can still be appreciated.

The vault, unless otherwise noted:

Demanding construction (delicate details and carvings). Eye-watering stench (smell of decay and putrefaction). Wear and tear (due to abandonment and erosion). Desolation (feelings of despair and hopelessness fill the mind).

Rusty iron spikes (long and sharp). Boneyard (hundreds of bones at the bottom).

Iron bars (rusty but sturdy). Ancient bones (scattered all around the spikes).

Granite pedestal (the dagger rests on it). Treasure chests (limestone and golden clasps). 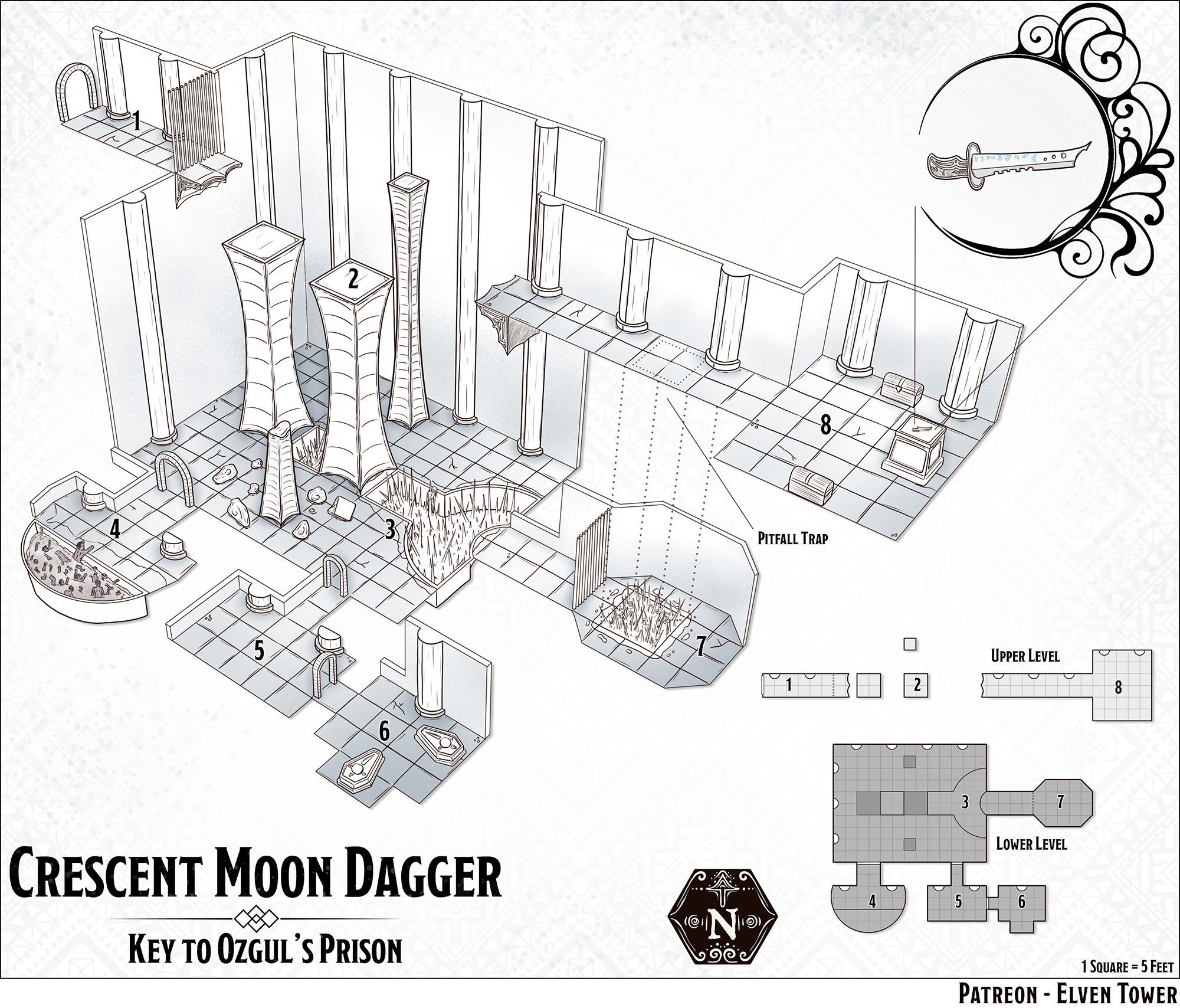