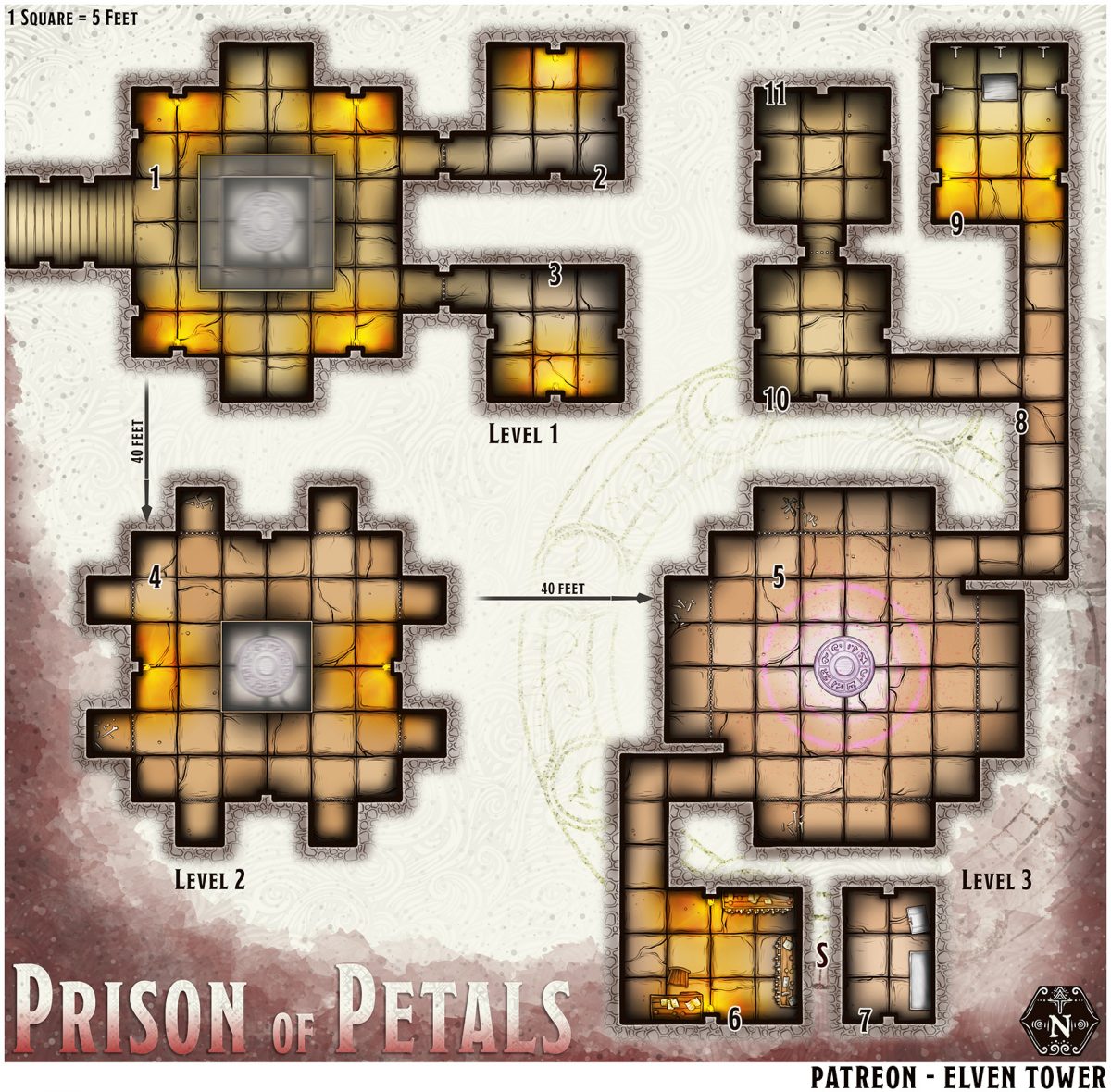 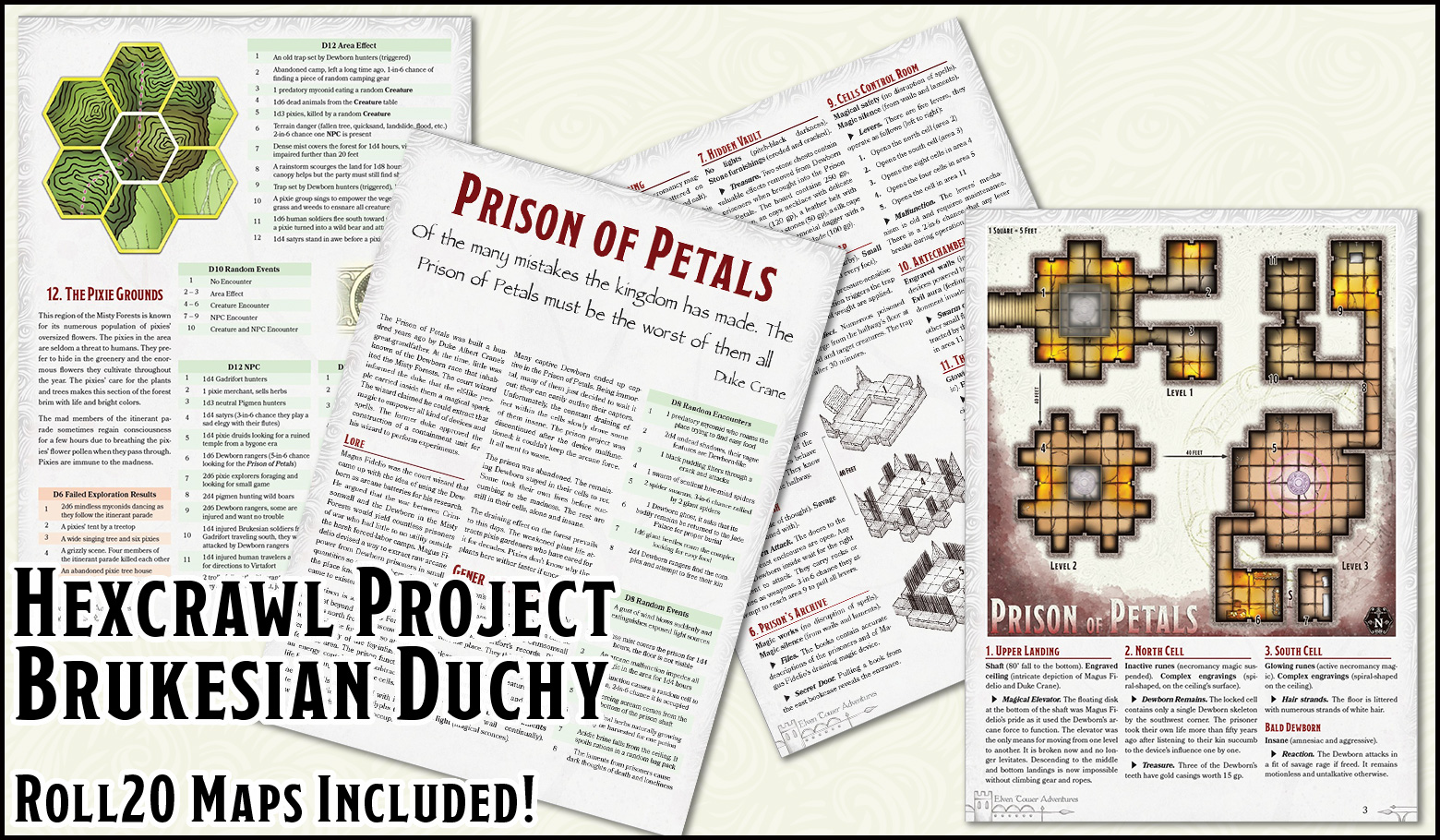 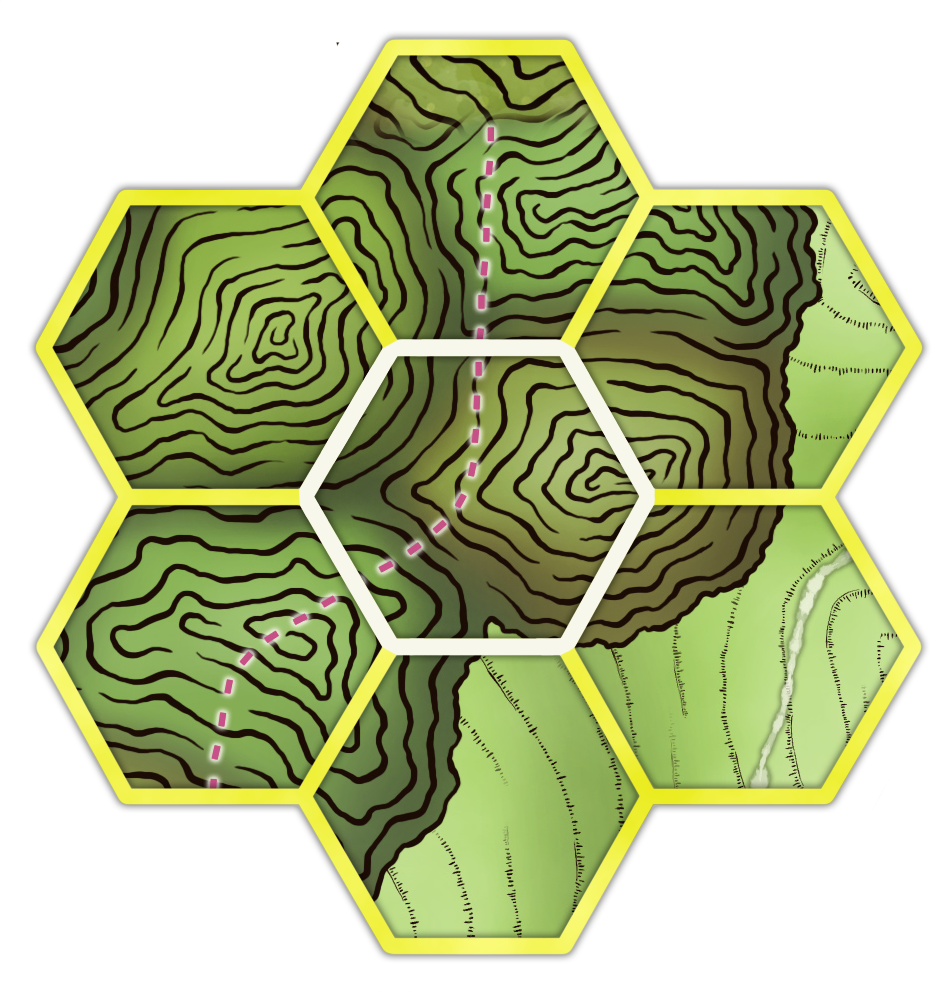 The Prison of Petals was built a hundred years ago by Duke Albert Crane’s great-grandfather. At the time, little was known of the Dewborn race that inhabited the Misty Forests. The court wizard informed the duke that the elf-like people carried inside them a magical spark. The wizard claimed he could extract that magic to empower all kinds of devices and spells. The former duke approved the construction of a containment unit for his wizard to perform experiments.

Magus Fidelio was the court wizard that came up with the idea of using the Dewborn as arcane batteries for his research. He argued that the war between Crimsonwall and the Dewborn in the Misty Forests would yield countless prisoners of war who had little to no utility outside the harsh forced-labor camps. Magus Fidelio devised a way to extract raw arcane power from Dewborn prisoners in small quantities so as to keep them alive. Thus, the place known as the Prison of Petals came to existence.

The prison is an underground complex built just beyond the Misty Forest’s edge, two days north from Crimsonwall. It was built within the forest to also absorb the verdant energy of the fey-infused plant life in the area. The prison functions as an energy container that subtracts the life force of anyone within the cells.

The cells’ walls are engraved with intricate necromantic runes and glyphs that glow dark blue when the cell is occupied.

Many captive Dewborn ended up captive in the Prison of Petals. Being immortal, many of them just decided to wait it out; they can easily outlive their captors. Unfortunately, the constant draining effect within the cells slowly drove some of them insane. The prison project was discontinued after the device malfunctioned; it couldn’t keep the arcane force. It all went to waste.

The prison was abandoned. The remaining Dewborn stayed in their cells to rot. Some took their own lives before succumbing to the madness. The rest are still in their cells, alone and insane.

The draining effect on the forest prevails to this day. The weakened plant life attracts pixie gardeners who have cared for it for decades. Pixies don’t know why the plants here wither faster if uncared for.

The prison’s entrance is located by a shallow hill. It is boarded up and covered in soil and grass. The exact location can be found in maps stored in the Crimsonwall Library and Gadrifort’s records. Pixies avoid the place. They think it is cursed.

Unless otherwise noted, the Prison of Petals has the following features:

Madness (incapable of thought). Savage (Cannot be reasoned with).

Magic works (no disruption of spells). Magic silence (from wails and laments).

Dim-light (no sconces nearby). Small holes (2” wide and spaced every foot).

Magical safety (no disruption of spells). Magic silence (from wails and laments). 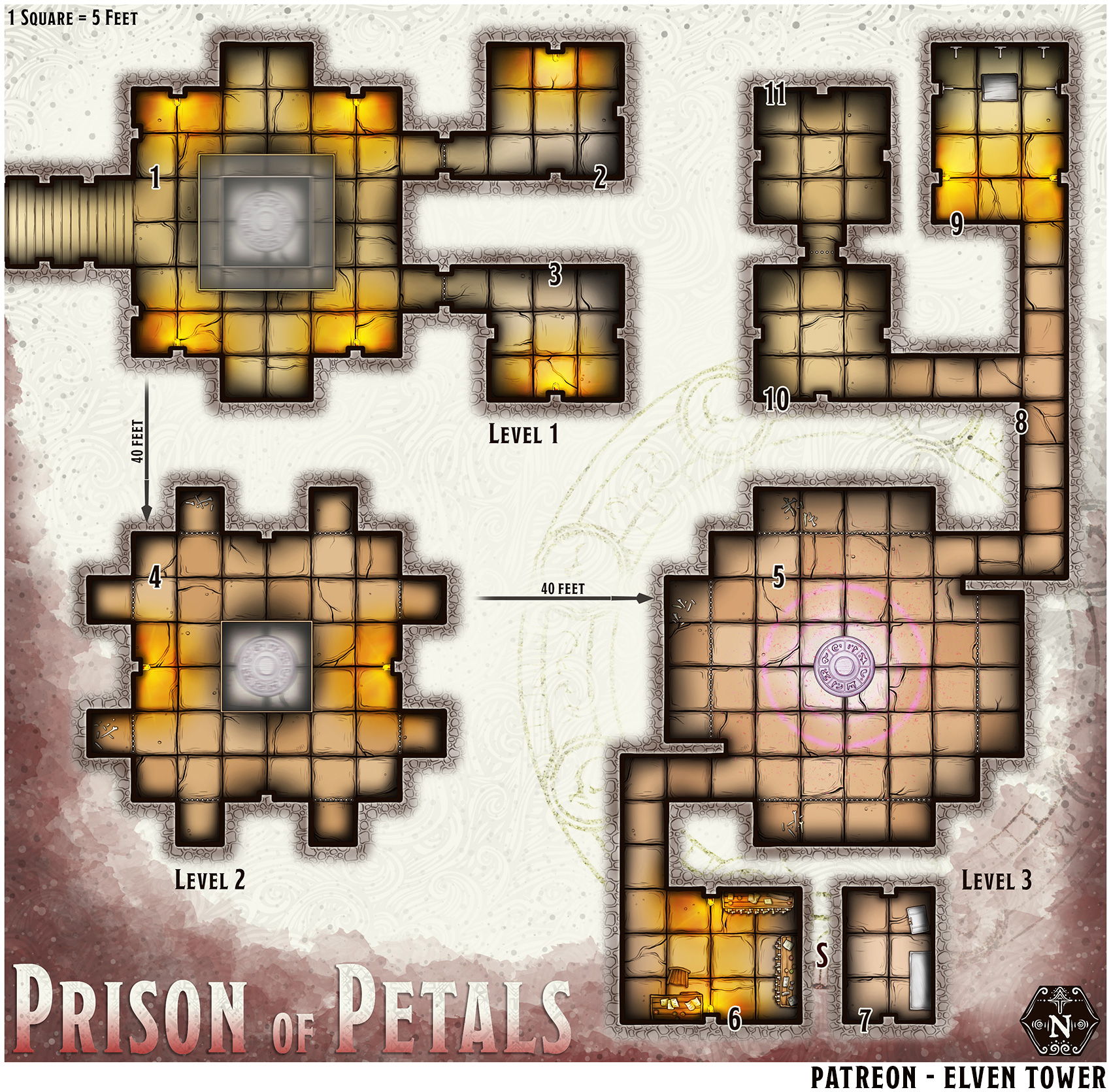