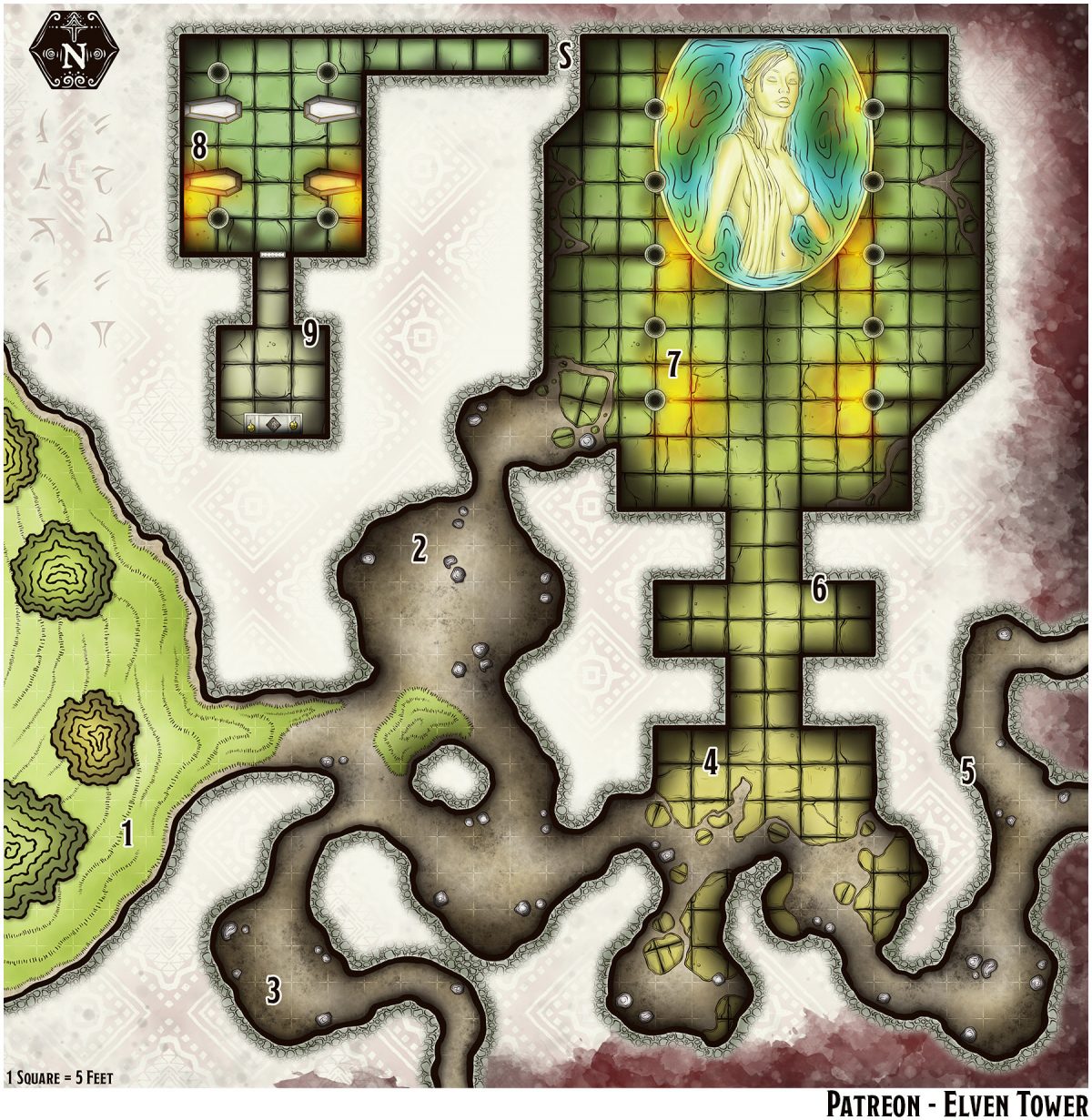 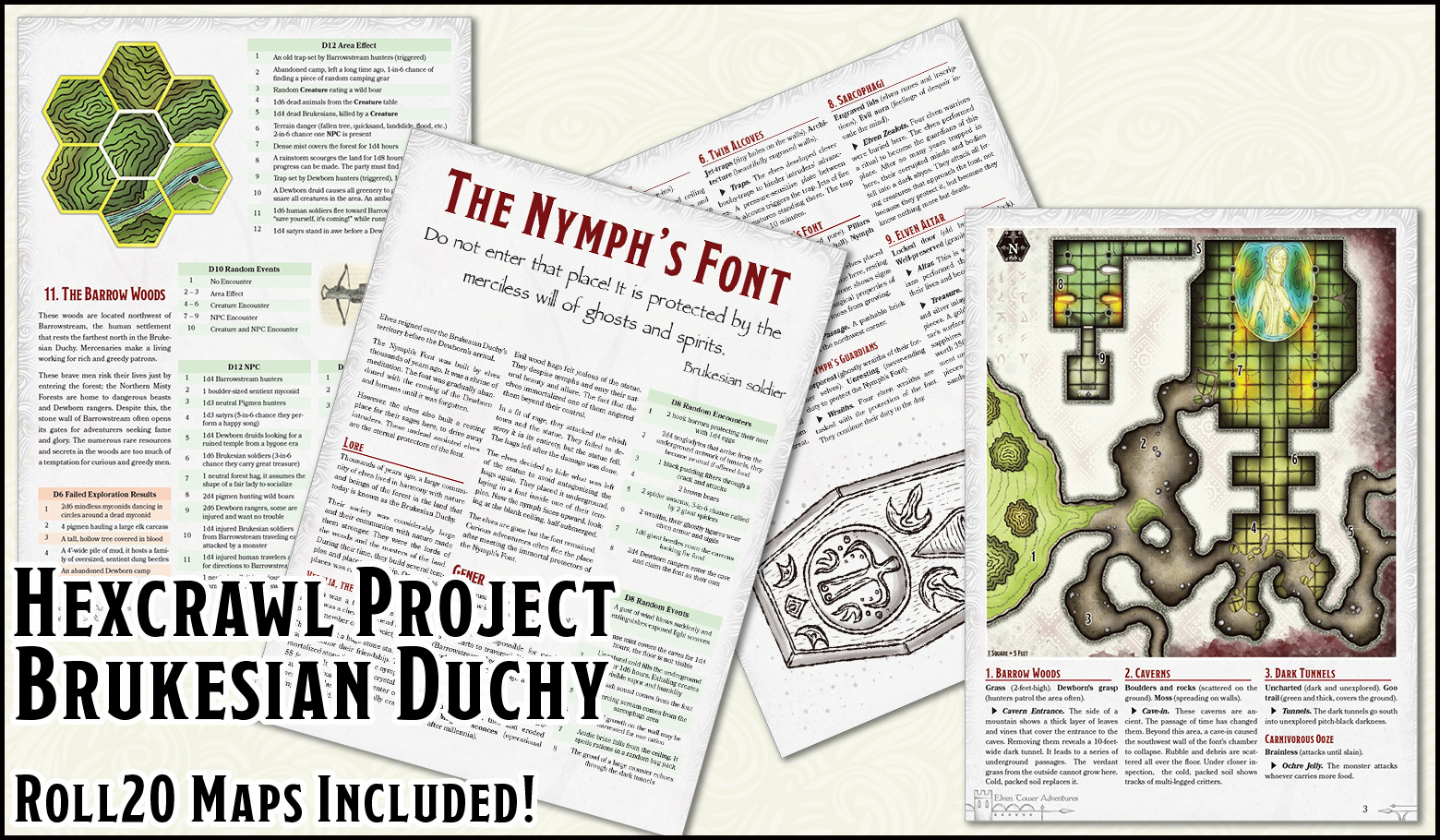 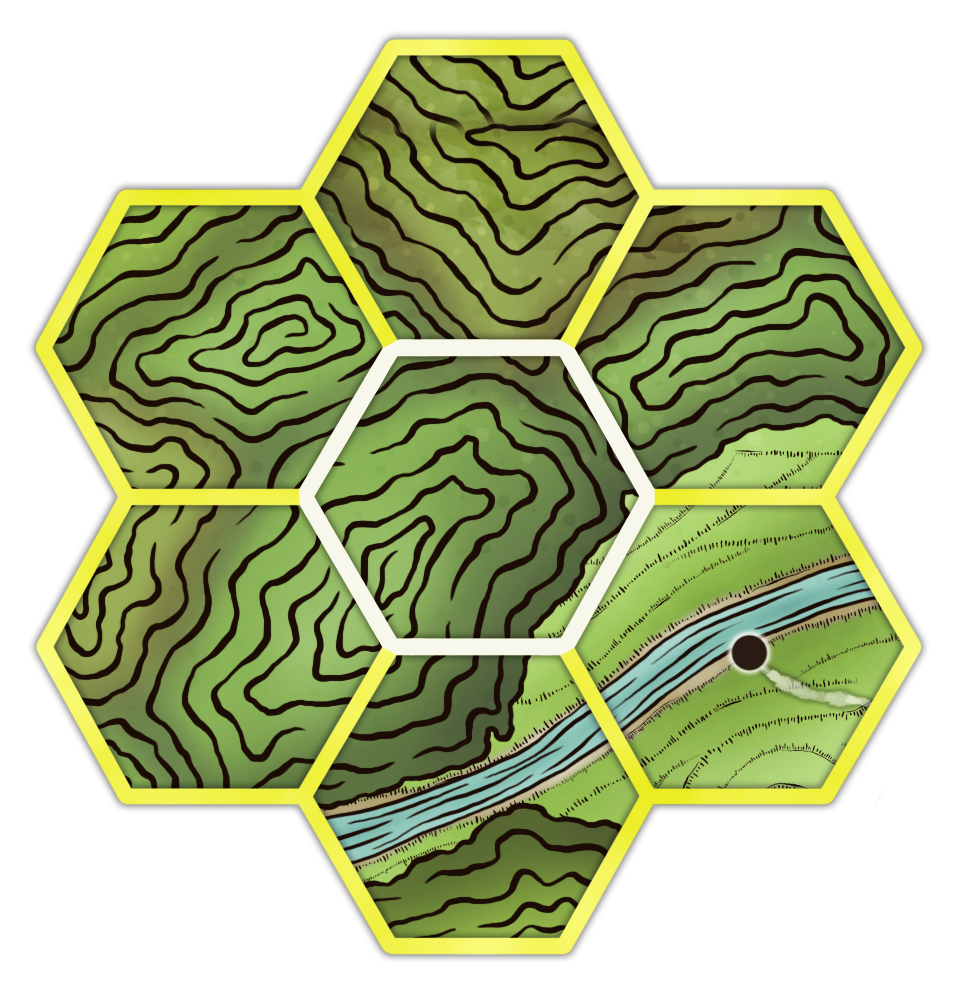 Elves reigned over the Brukesian Duchy’s territory before the Dewborn’s arrival.

The Nymph’s Font was built by elves thousands of years ago. It was a shrine of meditation. The font was gradually abandoned with the coming of the Dewborn and humans until it was forgotten.

However, the elves also built a resting place for their sages here, to drive away intruders. These undead anointed elves are the eternal protectors of the font.

Thousands of years ago, a large community of elves lived in harmony with nature and beings of the forest in the land that today is known as the Brukesian Duchy.

Their society was considerably large and their communion with nature made them stronger. They were the lords of the woods and the masters of the land. During their time, they build several temples and places of worship. One of these places was called The Nymph’s Font.

Vedalia was a friend of the elves. The nymph was a cherished friend and an important member of their society.

The elves built a huge stone statue of Vedalia to honor their friendship. The immortalized stone figure of the nymph was 55 feet tall. It bathed in the crystal clear waters of a fountain in the center of the elves’ town. Alas, the beautifully crafted nymph statue didn’t last.

Evil wood hags felt jealous of the statue. They despise nymphs and envy their natural beauty and allure. The fact that the elves immortalized one of them angered them beyond their control.

In a fit of rage, they attacked the elvish town and the statue. They failed to destroy it in its entirety, but the statue fell. The hags left after the damage was done.

The elves decided to hide what was left of the statue to avoid antagonizing the hags again. They placed it underground, laying in a font inside one of their temples. Now the nymph faces upward, looking at the blank ceiling, half-submerged.

The elves are gone but the font remained. Curious adventurers often flee the place after meeting the immortal protectors of the Nymph’s Font.

After thousands of years, the Nymph’s Font is now inside an underground cave.

Boulders and rocks (scattered on the ground). Moss (spreading on walls).

Uncharted (dark and unexplored). Boulders and rocks (scattered on the ground, evidence of a cave-in).

Blind (their kind adapted to life in darkness). Savage (Cannot be reasoned with). 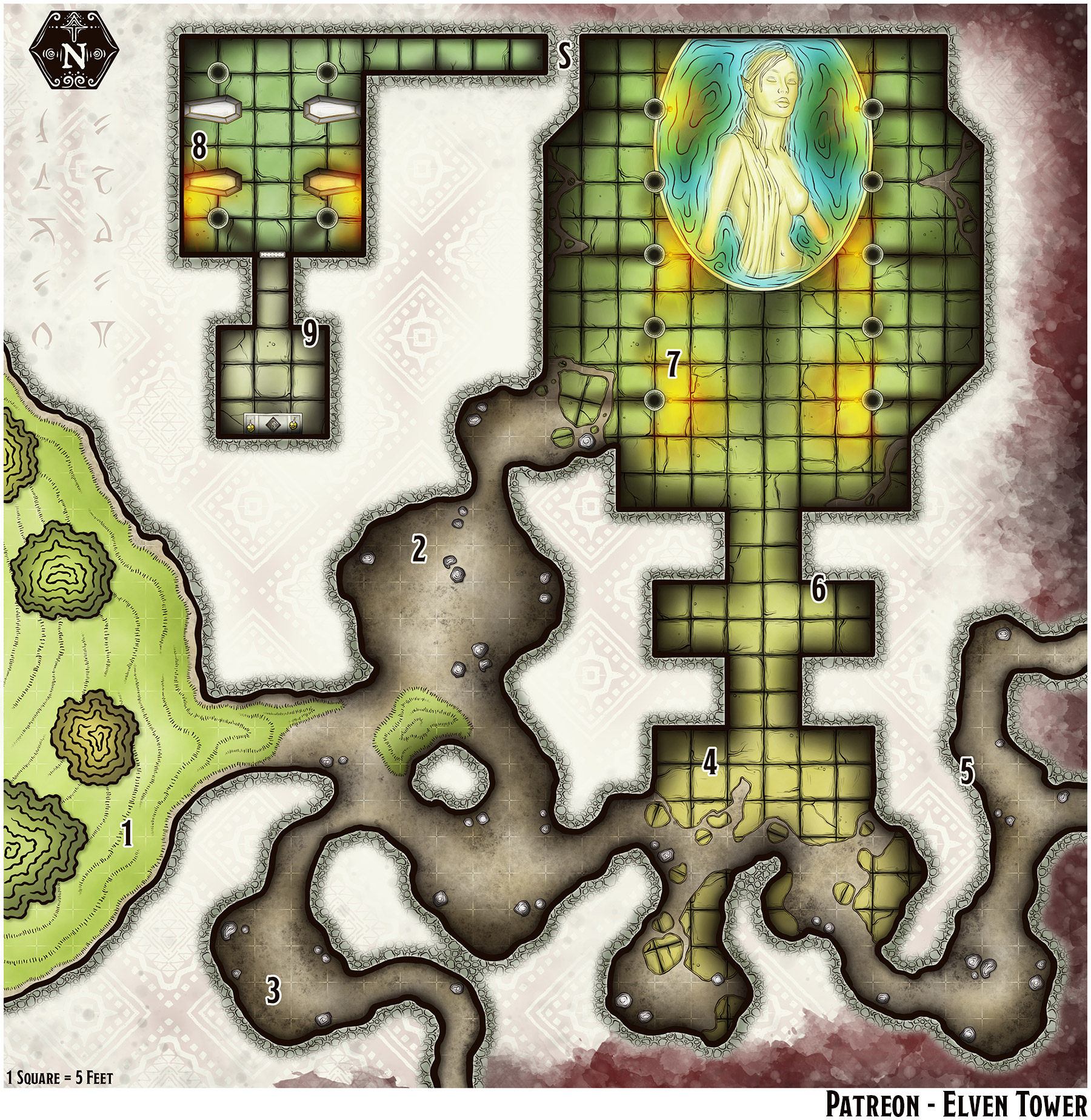