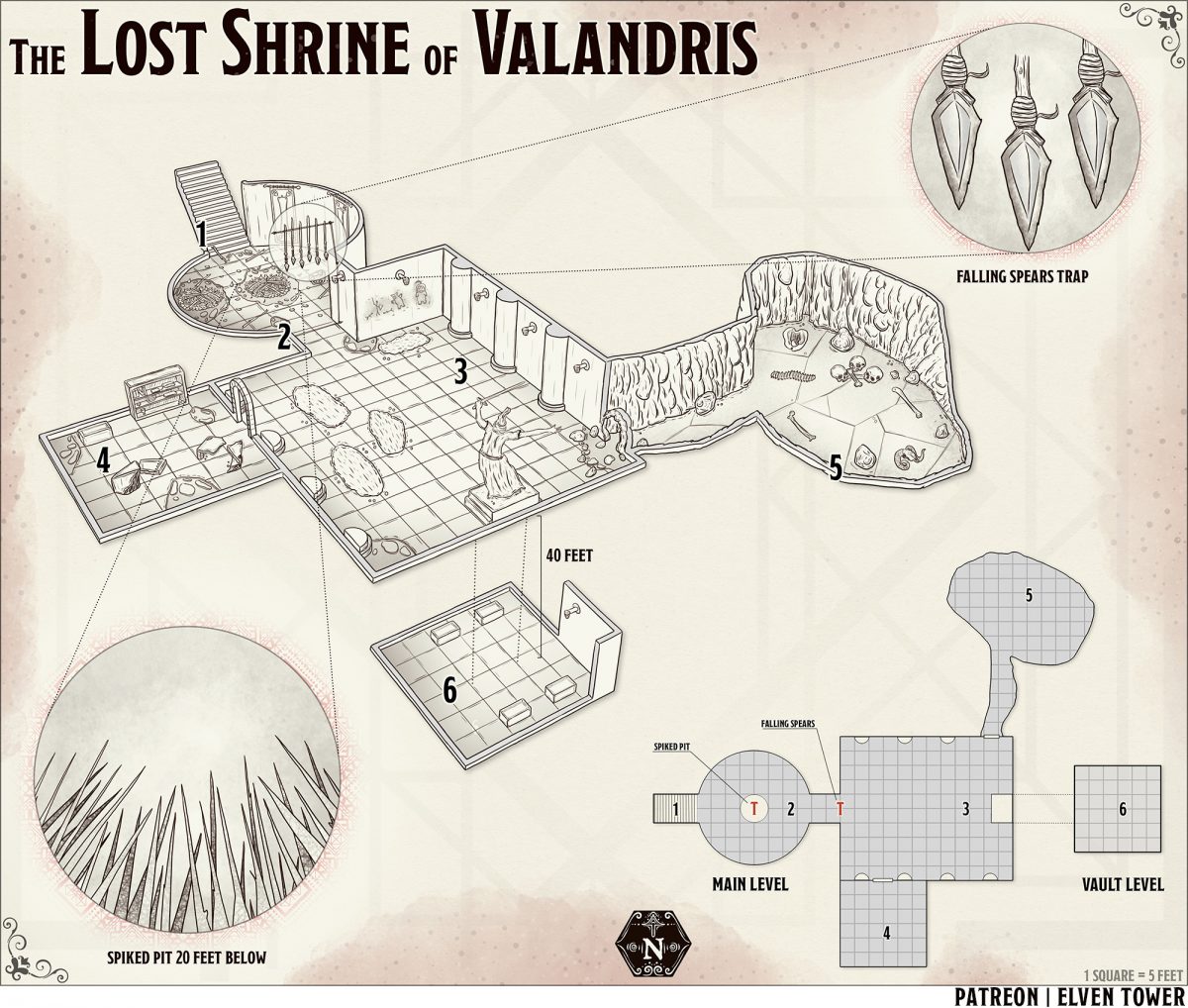 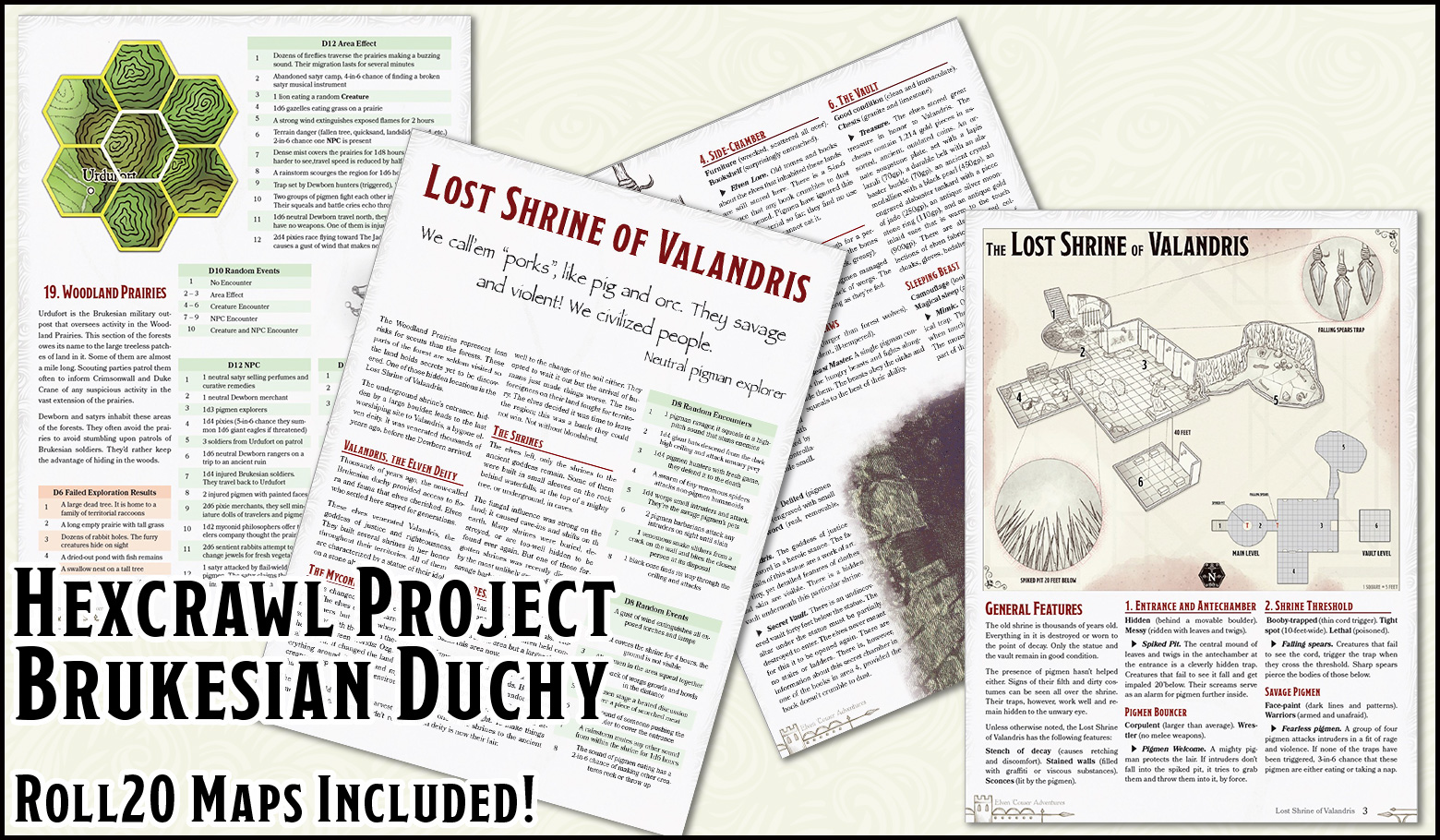 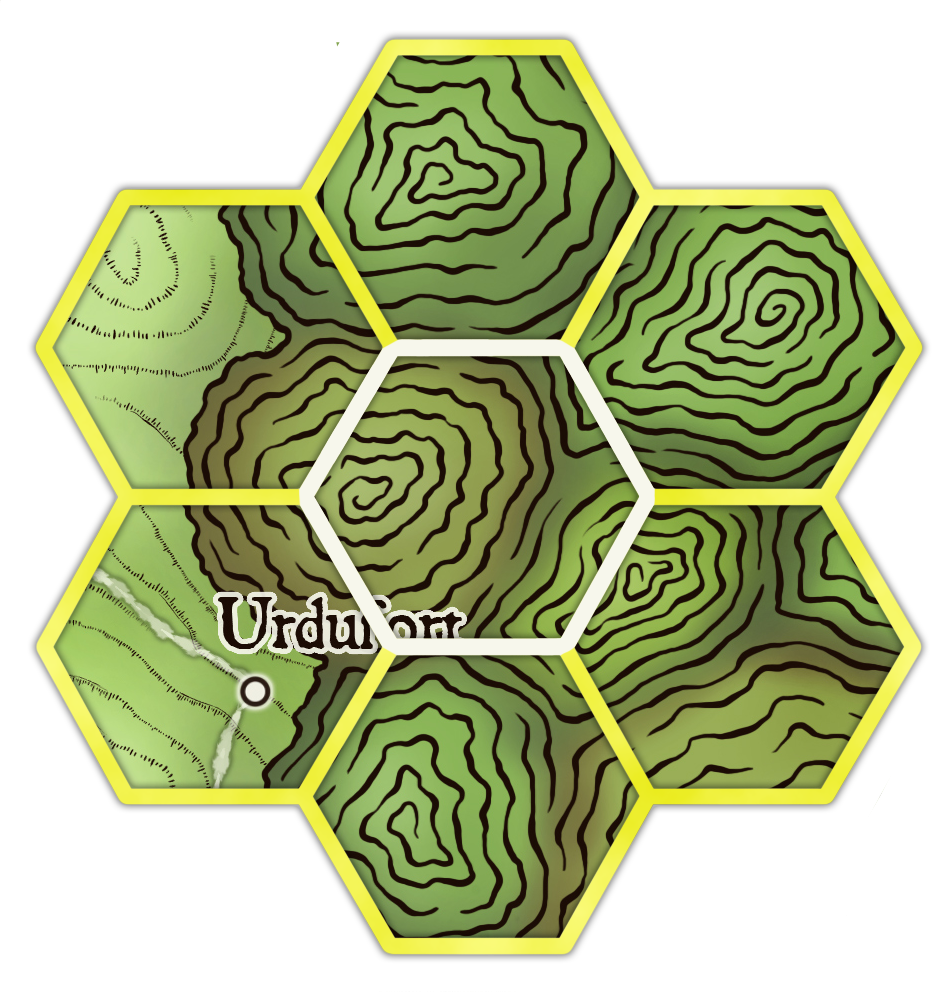 The Woodland Prairies represent fewer risks for scouts than the forests. These parts of the forest are seldom visited so the land holds secrets yet to be discovered. One of those hidden locations is the Lost Shrine of Valandris.

The underground shrine’s entrance, hidden by a large boulder, leads to the last worshiping site to Valandris, a bygone elven deity. It was venerated thousands of years ago, before the Dewborn arrived.

Thousands of years ago, the now-called Brukesian duchy provided access to flora and fauna that elves cherished. Elves who settled here stayed for generations.

These elves venerated Valandris, the goddess of justice and righteousness. They built several shrines in her honor throughout their territories. All of them are characterized by a statue of their idol on a stone altar.

Things changed with the Dewborn’s arrival. The elves did not quarrel with the newcomers but the Dewborn brought something with them when they crossed the door between worlds: Ozgul, a fungal fey lord. It changed the land and everything around it. Fungi and myconid creatures appeared and the environment changed.

The elves could no longer harvest the same crops. Their animals didn’t react well to the change of the soil either. They opted to wait it out but the arrival of humans just made things worse. The two foreigners on their land fought for territory. The elves decided it was time to leave the region; this was a battle they could not win. Not without bloodshed.

The elves left, only the shrines to the ancient goddess remain. Some of them were built in small alcoves on the rock behind waterfalls, at the top of a mighty tree, or underground, in caves.

The fungal influence was strong on the land; it caused cave-ins and shifts on the earth. Many shrines were buried, destroyed, or are too-well hidden to be found ever again. But one of those forgotten shrines was recently discovered by the most unlikely group of individuals, savage barbarian pigmen.

The woodland prairies are home to numerous dangerous wild animals. Humans and Dewborn have often held confrontations in the area but a larger threat roams this area now.

Pigmen are usually neutral or even scared of other humanoids. But a number of their kin have abandoned their peaceful ways and become fearsome warriors. They ravage the land and attack all things on sight. To make things worse, one of the shrines to the ancient elvish deity is now their lair.

The old shrine is thousands of years old. Everything in it is destroyed or worn to the point of decay. Only the statue and the vault remain in good condition.

The presence of pigmen hasn’t helped either. Signs of their filth and dirty costumes can be seen all over the shrine. Their traps, however, work well and remain hidden to the unwary eye.

Unless otherwise noted, the Lost Shrine of Valandris has the following features:

Stench of decay (causes retching and discomfort). Stained walls (filled with graffiti or viscous substances). Sconces (lit by the pigmen).

Hidden (behind a movable boulder). Messy (ridden with leaves and twigs).

Cave-in (hole is wide enough for a person). Rotten stench (from all the bones and remains). Fur (dark, thick, greasy).

Walls (stained and marked). Stench (coming from the pigmen beds). Granite statue (Valandris with a sword). 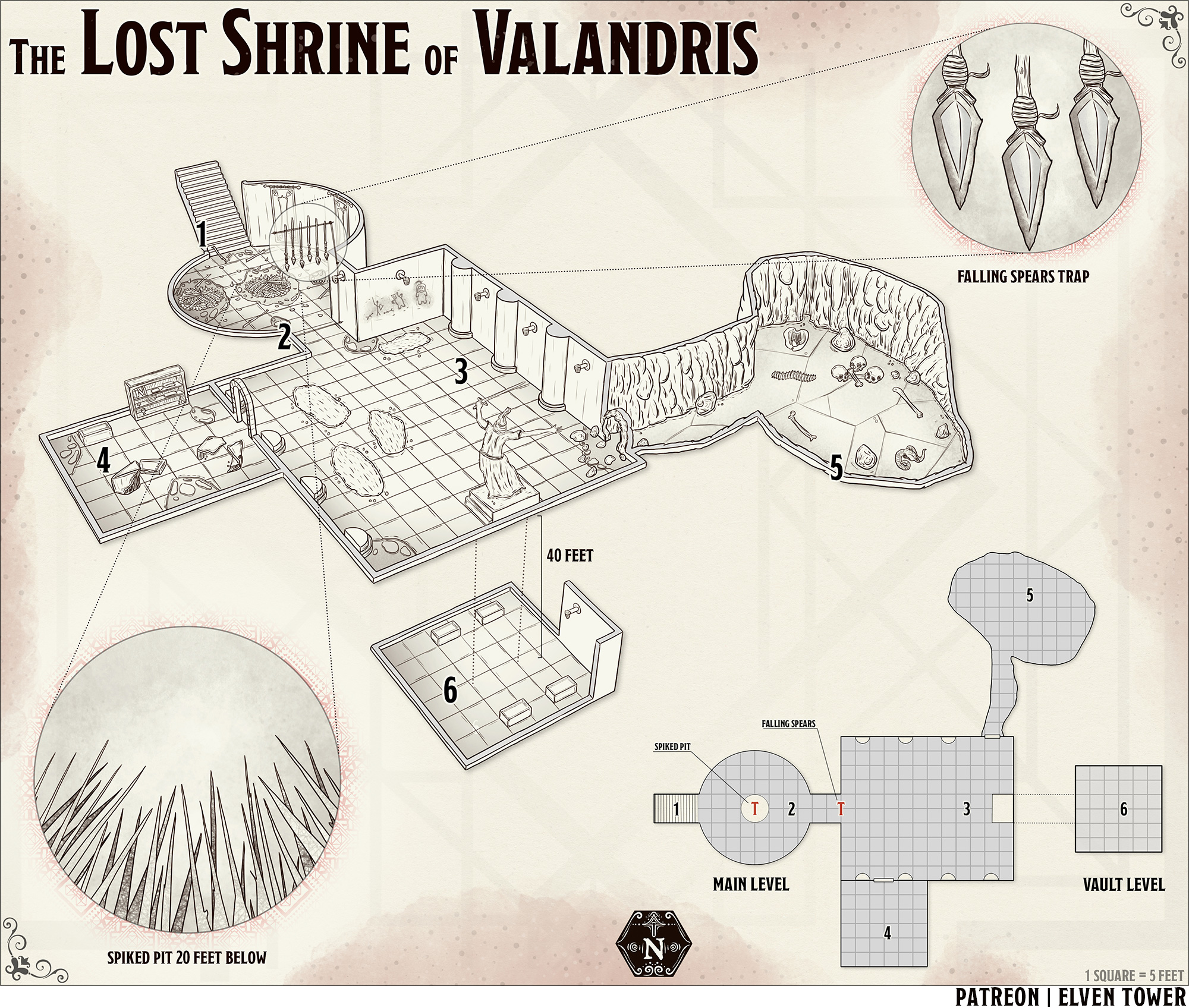