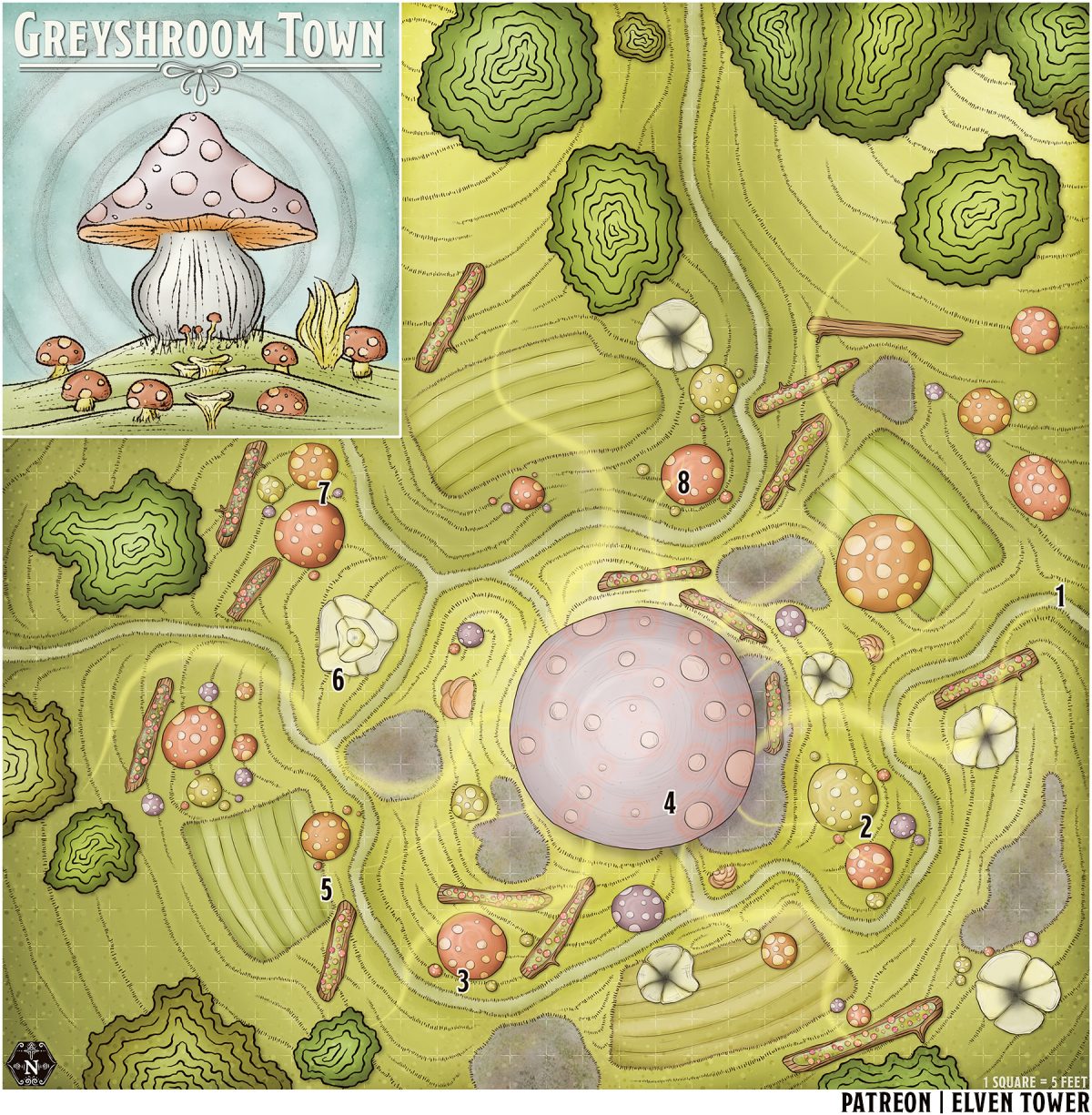 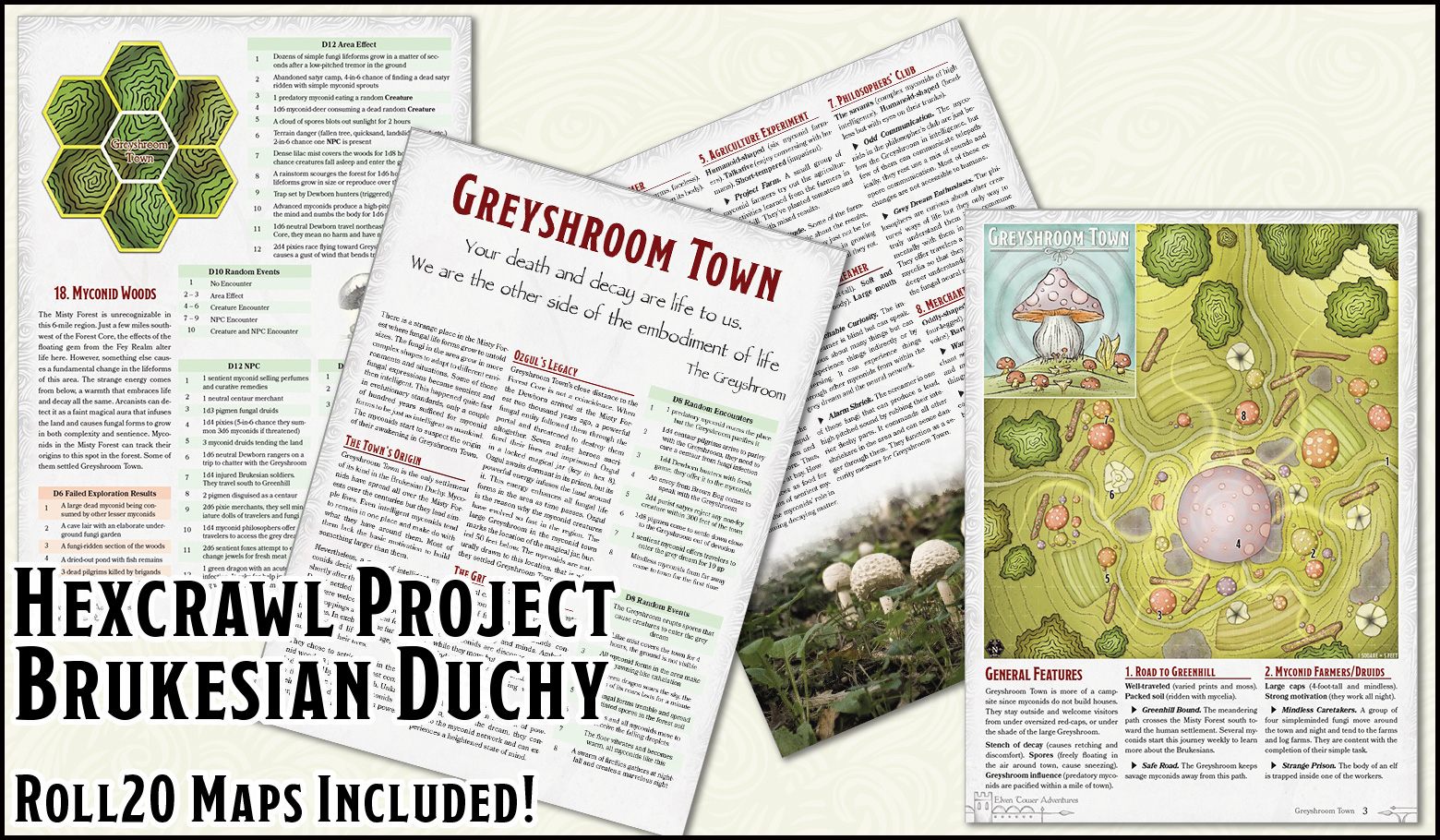 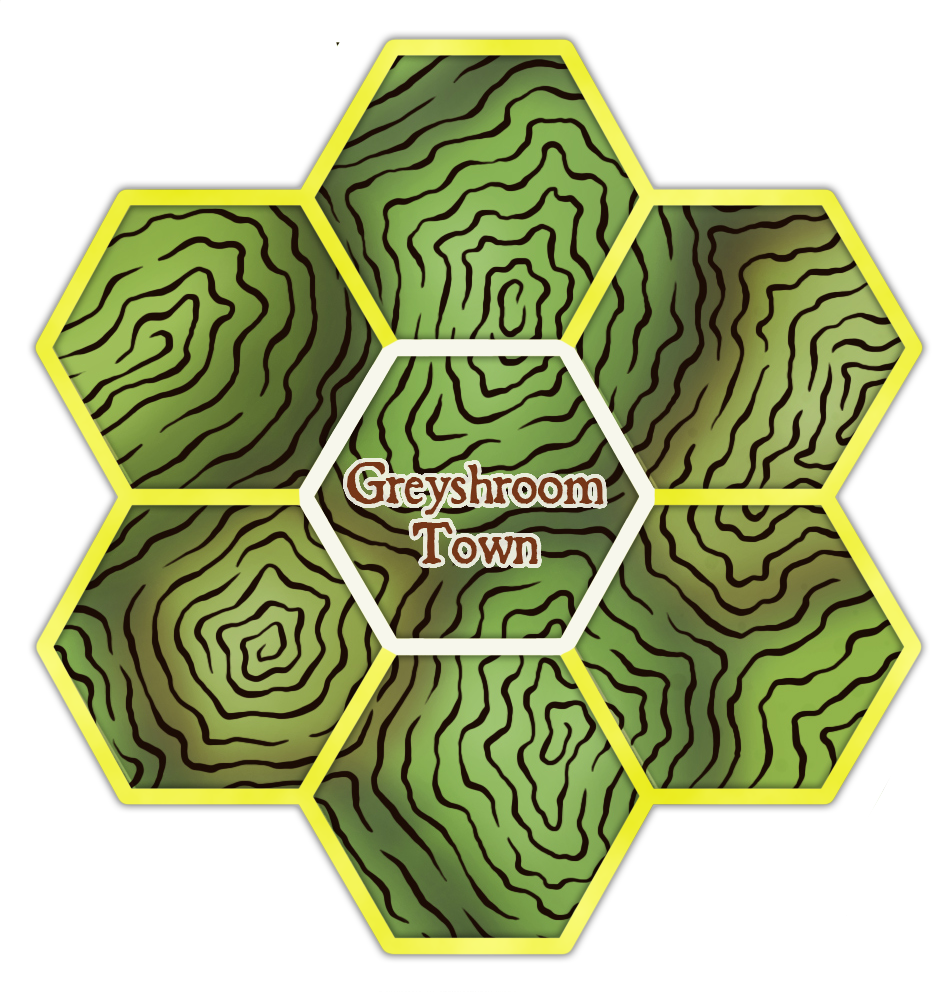 There is a strange place in the Misty Forest where fungal life forms grow to untold sizes. The fungi in the area grow in more complex shapes to adapt to different environments and situations. Some of those fungal expressions became sentient and then intelligent. This happened quite fast in evolutionary standards, only a couple of hundred years sufficed for myconid forms to be just as intelligent as mankind. The myconids start to suspect the origin of their awakening in Greyshroom Town.

Greyshroom Town is the only settlement of its kind in the Brukesian Duchy. Myconids have spread all over the Misty Forests over the centuries but they lead simple lives. Even intelligent myconids tend to remain in one place and make do with what they have around them. Most of them lack the basic motivation to build something larger than them.

Nevertheless, a group of intelligent myconids decided to create a town of sorts shortly after the humans of the Brukesian Duchy settled in Greenhill. The myconids were welcome in the town because their droppings are excellent fertilizer for the farms. In exchange, the fungi learned about civilized life, language, and how humans lead their lives.

They chose to settle down in the myconid woods, a part of the forest completely dominated by fungal growth. Unknown to them at the time, the myconids owe their accelerated evolution to a powerful energy under the forest soil.

Greyshroom Town’s close distance to the Forest Core is not a coincidence. When the Dewborn arrived at the Misty Forest two thousand years ago, a powerful fungal entity followed them through the portal and threatened to destroy them altogether. Seven zealot heroes sacrificed their lives and imprisoned Ozgul in a locked magical jar (key in hex 8). Ozgul awaits dormant in its prison, but its powerful energy infuses the land around it. This energy enhances all fungal life forms in the area as time passes. Ozgul is the reason why the myconid creatures have evolved so fast in the region. The large Greyshroom in the myconid town marks the location of the magical jar, buried 50 feet below. The myconids are naturally drawn to this location, that is why they settled Greyshroom Town here.

All fungal creatures in the Misty Forests are interconnected by an underground network of fine strands known as mycelium. These nerve-like strands connect them in body and minds. Ambulatory myconids are disconnected from it while they move but often rejoin the hive-mind when they rest. Myconids can learn things through communing with what they call the grey dream.

Non-myconid creatures can join the dream by drinking an infusion of powdered mycelia. In the dream, they connect to the myconid network and can experiences a heightened state of mind.

Greyshroom Town is more of a campsite since myconids do not build houses. They stay outside and welcome visitors from under oversized red-caps, or under the shade of the large Greyshroom.

Stench of decay (causes retching and discomfort). Spores (freely floating in the air around town, cause sneezing). Greyshroom influence (predatory myconids are pacified within a mile of town).

The savants (complex myconids of high intelligence). Humanoid-shaped (headless but with eyes on their trunks). 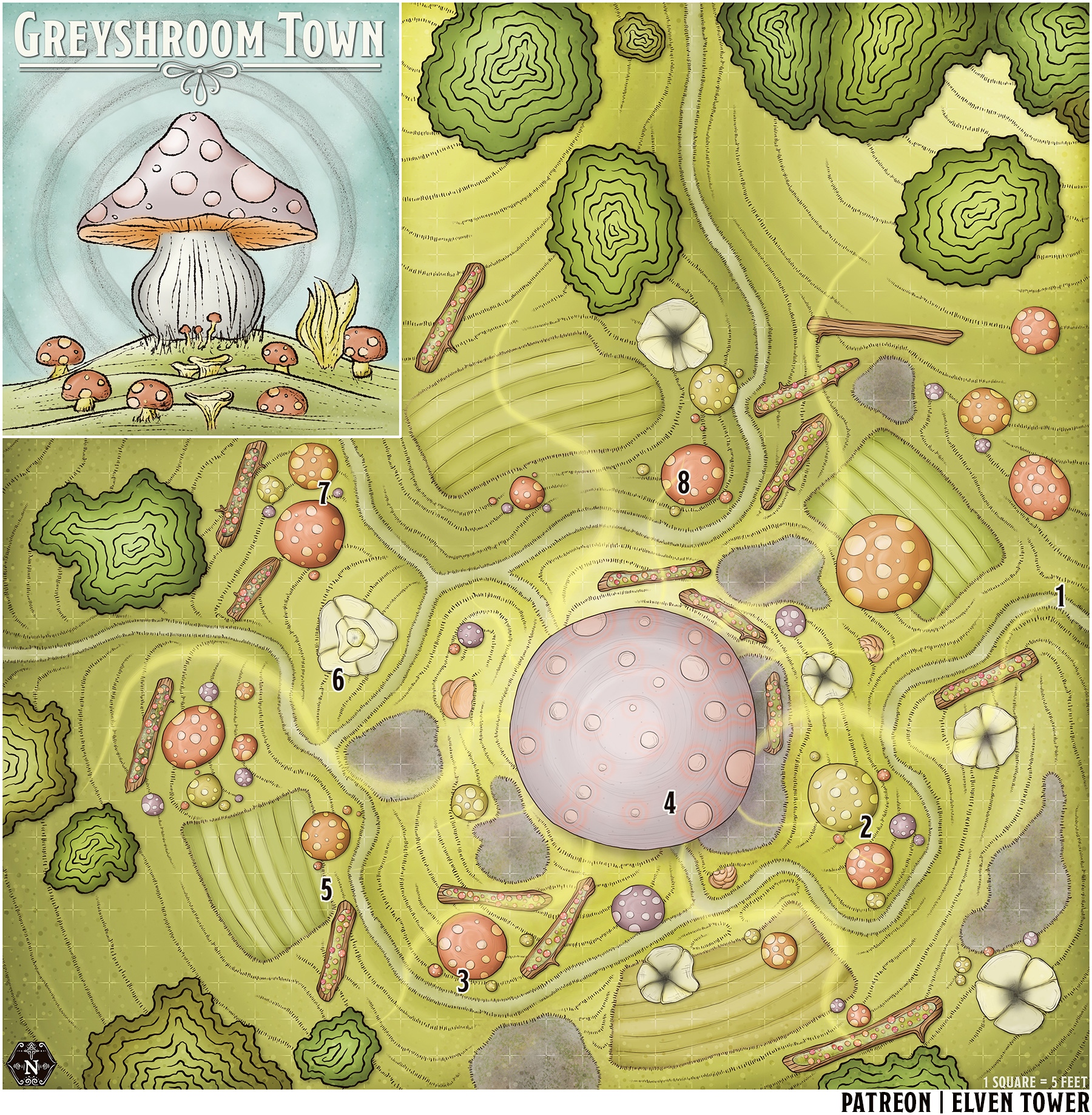