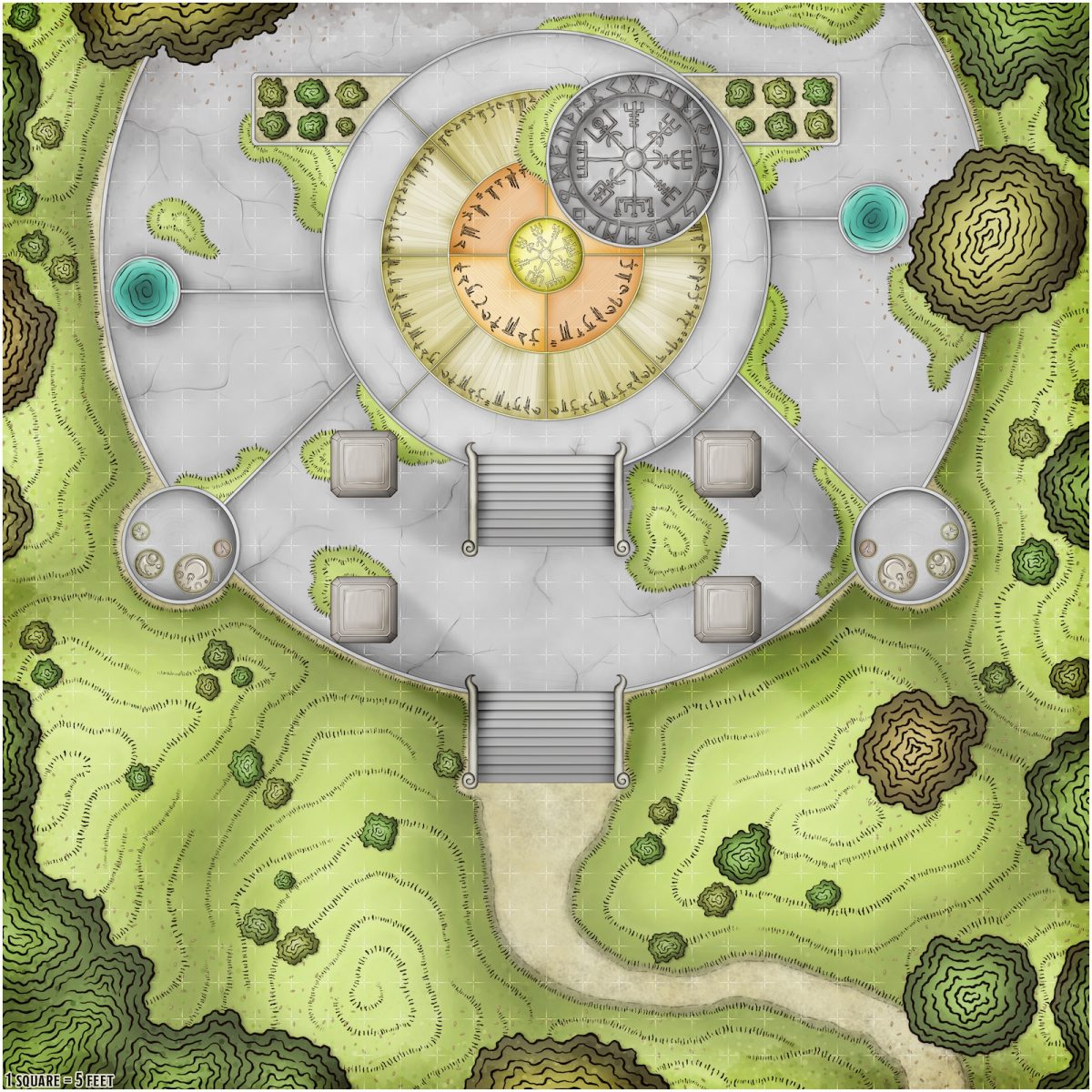 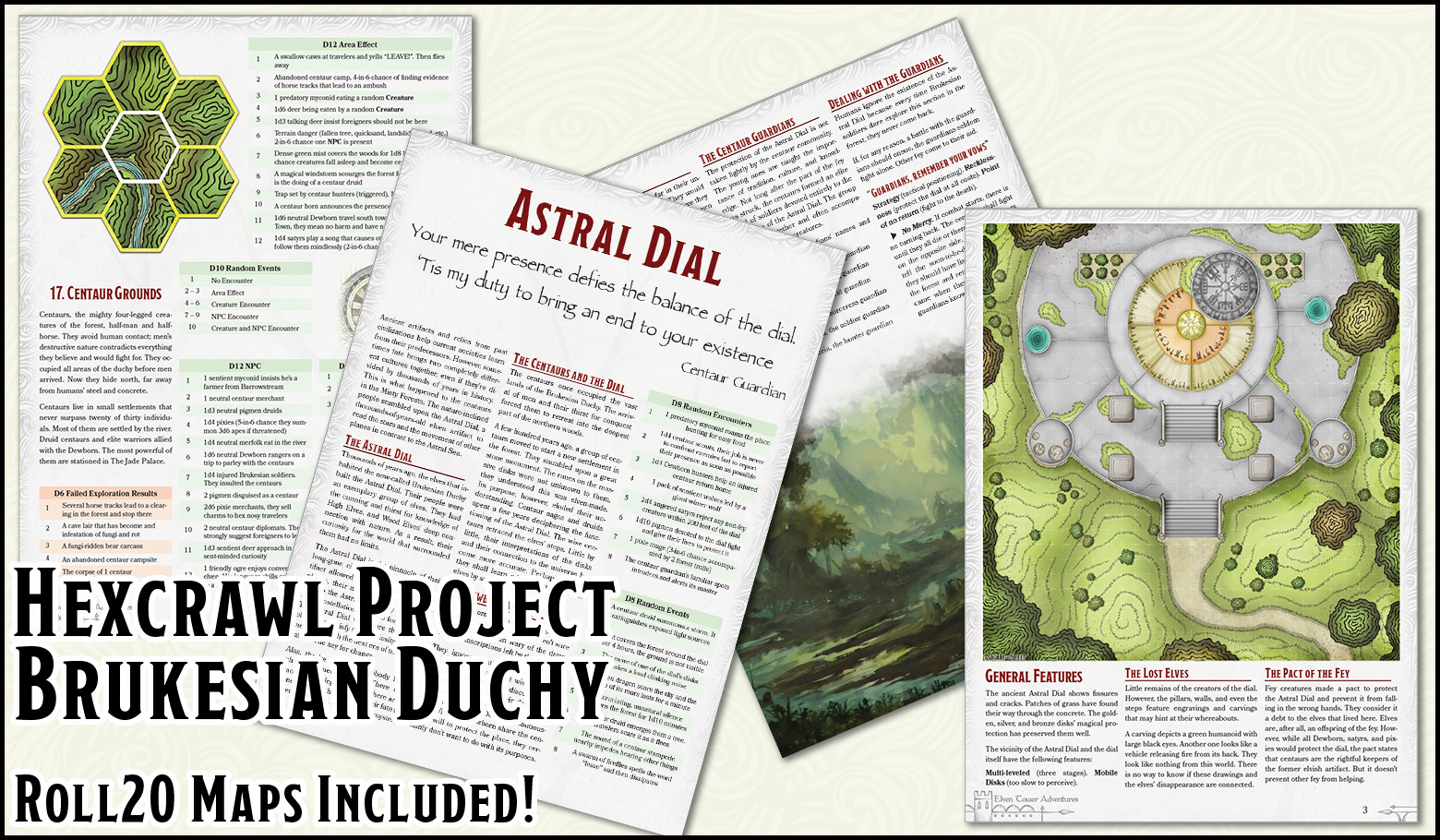 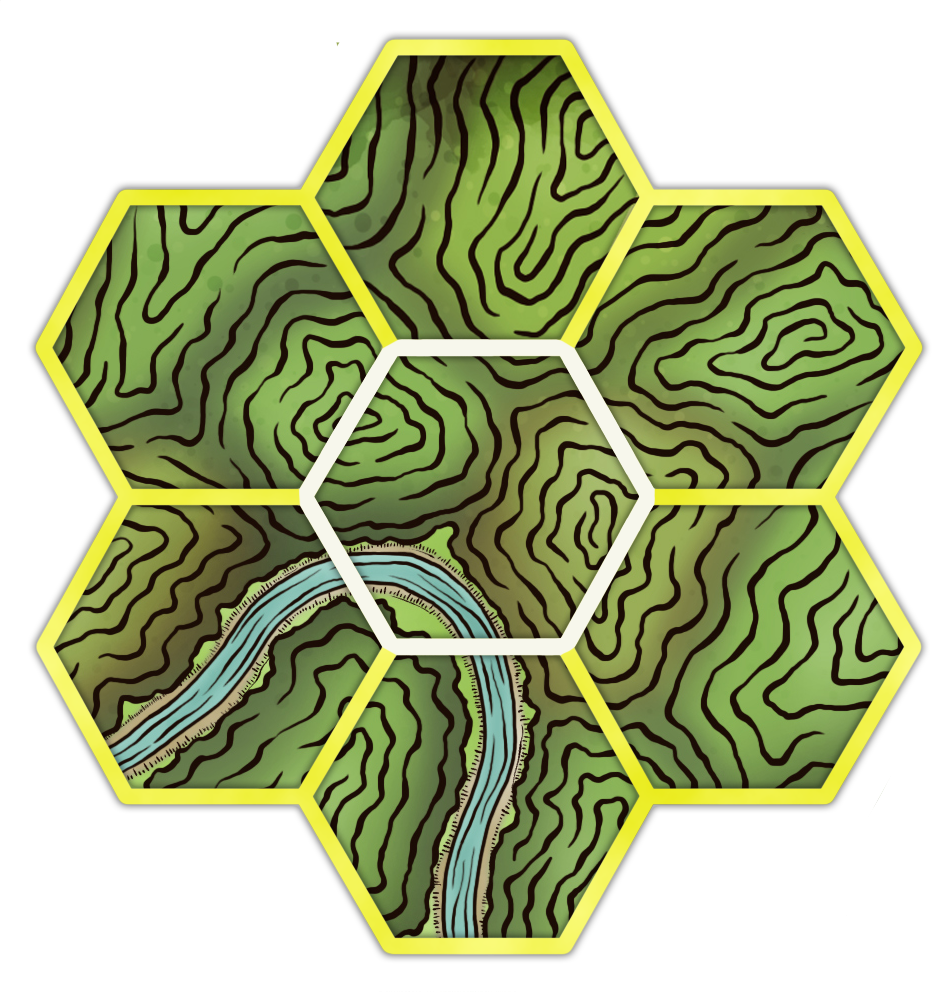 Ancient artifacts and relics from past civilizations help current societies learn from their predecessors. However, sometimes fate brings two completely different cultures together, even if they’re divided by thousands of years in history. This is what happened to the centaurs in the Misty Forests. The nature-inclined people stumbled upon the Astral Dial, a thousands-of-years-old elven artifact to read the stars and the movement of other planes in contrast to the Astral Sea.

Thousands of years ago, the elves that inhabited the now-called Brukesian Duchy built the Astral Dial. Their people were an exemplary group of elves. They had the cunning and thirst for knowledge of High Elves, and Wood Elves’ deep connection with nature. As a result, their curiosity for the world that surrounded them had no limits.

The Astral Dial is the pinnacle of their long-gone civilization. The complex artifact allowed them to learn about the planes, their movement, and their relation to the Astral Sea. They deciphered star constellations that hid for centuries. The Astral Dial was more than a simple tool to satisfy their curiosity. It was a means to reach the next era of their civilization. The key for change.

Alas, they’re gone. And nobody knows what happened to them. There is no trace of their departure, and there are no bones to mark their death. Their fate and whereabouts are, as of today, a mystery.

The Centaurs and the Dial

The centaurs once occupied the vast lands of the Brukesian Duchy. The arrival of men and their thirst for conquest forced them to retreat into the deepest part of the northern woods.

A few hundred years ago, a group of centaurs moved to start a new settlement in the forest. They stumbled upon a great stone monument. The runes on the massive disks were not unknown to them, they understood this was elven-made. Its purpose, however, eluded their understanding. Centaur sages and druids spent a few years deciphering the functioning of the Astral Dial. The wise centaurs retraced the elves’ steps. Little by little, their interpretations of the disks and their connection to the universe become more accurate. Perhaps one day they shall learn what happened to the elves by suffering their same fate.

The Dewborn and the Dial

The Dewborn can weigh the importance of the Astral Dial though they aren’t sure about it; they remain wary of the drawings and inscriptions left by the elves.

They ignore what happened to those elves to the day and don’t wish to learn it the bad way. They once discussed this with the centaurs, but their druid leaders’ curiosity for the universe’s mysteries was greater than the Dewborn’s cautiousness. While the Dewborn share the centaurs’ will to protect the place, they certainly don’t want to do with its purposes.

The ancient Astral Dial shows fissures and cracks. Patches of grass have found their way through the concrete. The golden, silver, and bronze disks’ magical protection has preserved them well.

The vicinity of the Astral Dial and the dial itself have the following features:

Little remains of the creators of the dial. However, the pillars, walls, and even the steps feature engravings and carvings that may hint at their whereabouts.

A carving depicts a green humanoid with large black eyes. Another one looks like a vehicle releasing fire from its back. They look like nothing from this world. There is no way to know if these drawings and the elves’ disappearance are connected.

The Pact of the Fey

Fey creatures made a pact to protect the Astral Dial and prevent it from falling in the wrong hands. They consider it a debt to the elves that lived here. Elves are, after all, an offspring of the fey. However, while all Dewborn, satyrs, and pixies would protect the dial, the pact states that centaurs are the rightful keepers of the former elvish artifact. But it doesn’t prevent other fey from helping.

The centaurs have come far in their understanding of the universe. They would like to help the Dewborn and believe they might develop a way to help them return to their home plane using the dial.

However, Bromus, one of the centaur druids, had a premonition in a dream: The centaurs were visited by extra-planar beings that arrived in giant floating metallic ships. The centaurs left the land and this world with them, never to return. A prophecy to be fulfilled, it was stated.

This is, in fact, what happened to the elves that created the arcane device. Their understanding of the universe became such that an otherworldly race saw that their thirst for knowledge could no longer be quenched in the confines of this world. The centaurs shall be the next apprentices if they continue down this path.

The protection of the Astral Dial is not taken lightly by the centaur community. The young ones are taught the importance of tradition, culture, and knowledge. Not long after the pact of the fey was struck, the centaurs formed an elite squad of soldiers devoted entirely to the protection of the Astral Dial. The group is always together and often accompanied by other fey creatures.

The six centaur guardians’ names and roles are the following:

Dealing with the Guardians

Humans ignore the existence of the Astral Dial because every time Brukesian soldiers dare explore this section in the forest, they never come back.

Strategy (tactical positioning). Recklessness (protect the dial at all costs). Point of no return (fight to the death). 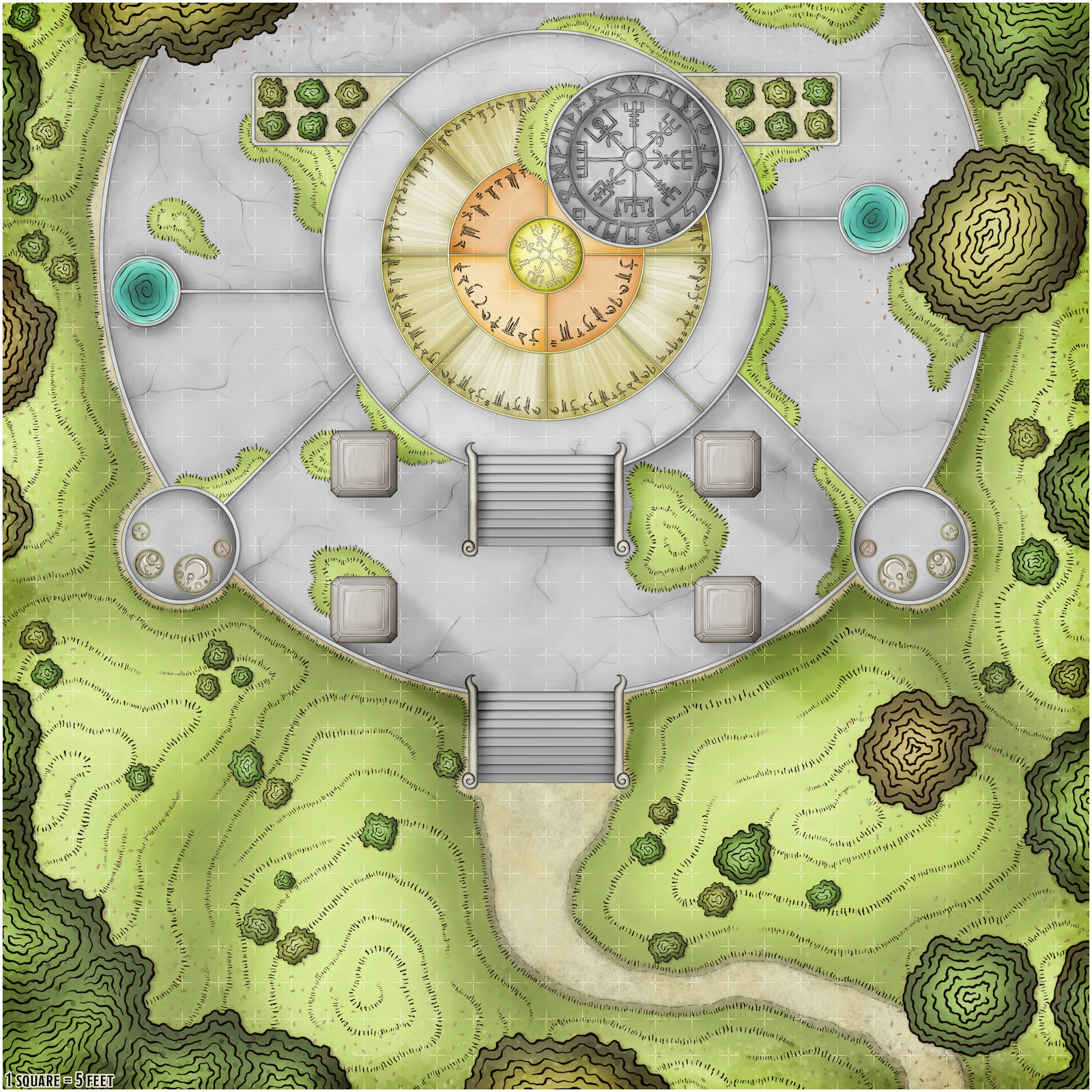