It is not specified in a timeline, but some time ago, probably a century or more, there was a fourth settlement in the Valley of Barovia. This was the town of Berez. The Burgomaster’s name was Lazlo Ulrich (weird uh? I was expecting Berezovich, following the name conventions of Barovia).

Not much is said about the town and its people. Berez is located right on the Luna River shore, in a place that became a swamp due to Strahd’s anger, around 4.5 miles south of lake Zarovich.

Berez became a place of importance for Strahd Von Zarovich when he became aware that an incarnation of Tatyana Federovna lived there. The peasant girl was named Marina; her countenance and personality reminded Strahd of Tatyana. He lured her and feasted on her blood one night. His plan was to fully turn her into a vampire. Strahd failed miserably.

Lazlo Ulrich and the town’s priest Brother Grigor took Marina’s life to save her from eternal damnation. After the event, Strahd used his control of the land to swell the Luna River, consuming half the town and turning the place into a swamp.

It is said that whoever survived the event simply ran away, so it is possible that the adventurers encounter people in Vallaki, Barovia or Krezk who are grandchildren or even great grandchildren of people who originally lived in Berez. These second generation townspeople might tell tales of Berez and/or reveal some of the town’s past history. It doesn’t have to be accurate, it’s even better if it’s not, since they didn’t ever live there and no one visits the place now. It is considered haunted. 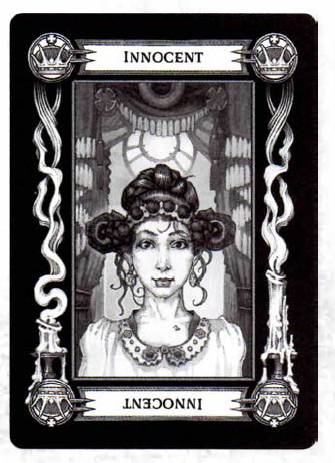 This is one of the optional chapters in Curse of Strahd. Unless there is a magical relic or you decide that dealing with Baba Lysaga is worth a level, then there is no reason to visit Berez, except the adventurer’s will to help other Barovians.

Most often than not, the motivation for PCs to visit Berez is a chain of quests that happened before. The two Inns in Barovia and Vallaki set a quest to visit the Wizard of Wines to retrieve more wine. Also when visiting Krezk for the first time, Burgomaster Dimitri Krezkov will not let them in unless the party does a service to the town by retrieving wine too. When the party visits and helps the wereravens in the Wizard of Wines, the plot hook of the magic gemstones in the fields is shown.

Two magic gemstones have been stolen in the last month. One of them was taken by the druids at Yester Hill. The other one was taken 7 days before by Baba Lysaga’s scarecrows and taken to Berez. It’s a long quest-line but the PC’s might come this far and decide to visit Berez with only one objective, retrieving the gemstone.

She is the grand personality in Berez. Baba Lysaga is the most powerful hag/witch in Barovia, and she’s been around since forever. Her origin is something that is only known to her, there is no one else alive that knows the story of where she came from. She was originally the midwife who delivered baby Strahd. She spent the first years of Strahd’s life as his nanny and protector. Already versed in the dark arts of magic, and always a follower of Mother Night. Lysaga crept inside Strahd’s room during the night to cast protective charms and to ignite the magic spark in Strahd.

After worrisome reports, Queen Ravenovia banished the midwife from the household and she was never seen again. But she never left either. Baba Lysaga is deranged and considers herself the true mother of Strahd Von Zarovich. She has become a shadow that has traveled two steps behind Strahd wherever he has gone. Always casting spells to help him, always attacking Strahd’s enemies from the shadows. She never abandoned her faith for Mother Night, as reward after centuries of continued faith, she was given eternal life, magic resistances and skin as tough as rock. She knows Strahd will not remember her, nor accept her claim of motherhood. She meanders in eternal denial, satisfied to help her blessed child laying hell on his enemies. She’s so insane in her delusion that she has an illusion of a crib and beautiful baby Strahd in her hut in Berez.

Baba Lysaga has agents inside Castle Ravenloft. A group of witches who report to Lysaga. Through them, she discovered that there is a faction of wereravens in Barovia who oppose Strahd and have a base in Vallaki and the Wizard of Wines. Suddenly she had a purpose and an enemy again, and this is why she has kept her personal war with the wereravens and the Winery. Up to the point when 7 days prior, her scarecrows managed to find and retrieve the magic gemstone. To her surprise, the gemstone is really powerful and served to animate her hut.

The order in which stuff is written for this chapter is odd. It appears that the first place to visit is U6 (page 165). It’s from the other side of the river, and someone has a light which is referred to in the introductory paragraph for Berez. The PCs will encounter a peasant woman Muriel Vinshaw, a wereraven herself who is risking her life by keeping Berez under surveillance. She’s got some important info to give to the party and some warnings. She doesn’t help explore the town.

Burgomaster Lazlo Ulrich’s ghost still lingers around. He can be found in his ruined mansion (page 162). He can never rest unless he sees Ireena and understands that Marina was really saved from evil by him and Brother Grigor. Before vanishing he pinpoints the PCs to Marina’s Monument (page 164).

If the PCs already visited the winery and Krezk. They could be level 6 or 7. It really depends because of the sandbox nature of Curse of Strahd. I hope they are because this battle is guilty of many TPKs in the module.

This encounter will really reward adventurers who are cautious and take things slowly. A stealthy character can gather a lot of intel about the place due to the fact that the ravens caged near the hut won’t stop making noise. Hopefully they can get close hut and discover the greenish light that radiates through the hut’s floor.

This battle consists of Baba Lysaga, the Animated Hut and seven scarecrows. It will be too much for an unprepared party. The hut is the toughest enemy, with HP 263 and AC16. It’s average damage will be the hardest the party members will be hit in a while. The hut has two main weak spots. If a PC manages to get inside of it and snatch the gem from the cavity, the hut is done for. The other alternative is for a spellcaster to cast Dispel Magic on the hut itself to render it unconscious for one minute. Probably enough to focus on the next biggest threat.

Baba Lysaga is a powerful spellcaster. There is no reason why she should not start the battle with a deadly spell. Finger of death, Blight, Power Word Stun or a level 7 Fireball are on the table for a first action. You can also go full Sith and cast a level 6 Witchbolt for 6d12 damage. It’s got to look dangerous. In case you decide she’s not fighting to death and will try to escape, Polymorph and her shapechanger ability might give her the ability to do so.

Combat aside, this is a great opportunity for adventurers to roleplay with a big enemy figure in the Curse of Strahd module. Baba Lysaga is crazy but just like the hags in the mill, might wish to speak to the adventurers to find out their origin and any other information about the lands in Barovia. Just remember to portray her obsession with Strahd. If she mentions that Strahd is her son, there is no one else to say that is not so. Even if the adventurers have good information on Strahd, they will know that Strahd’s mother is Queen Ravenovia, who is dead.

They might connect the dots and assume Baba Lysaga is Queen Ravenovia. This is a fact that Lysaga would dismiss in a split second, while still reassuring herself and whoever listens to her, that she is the real mother of Strahd.