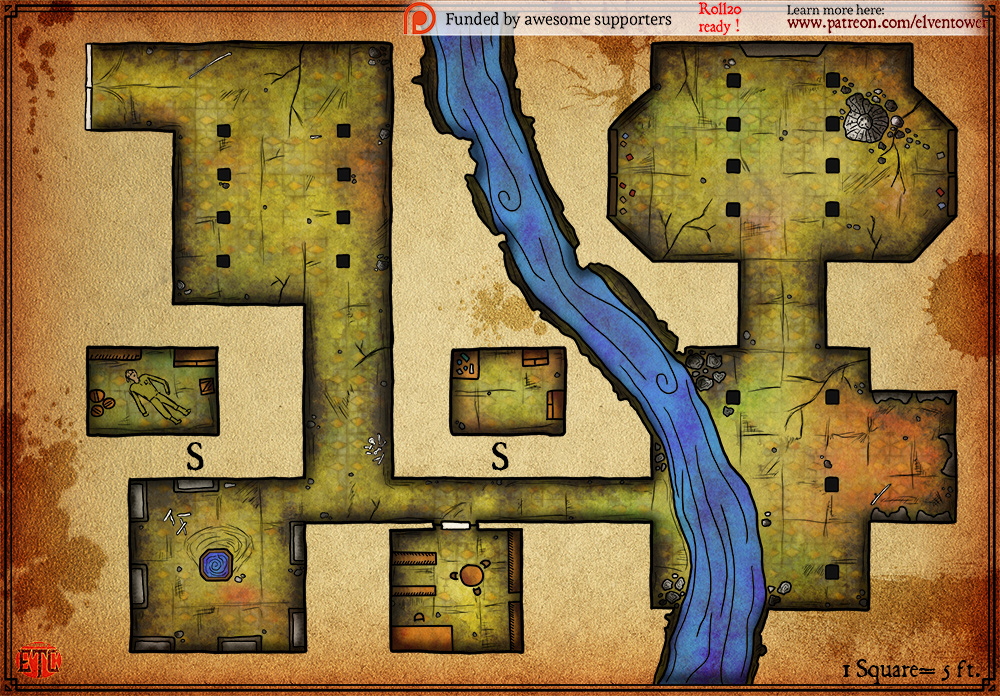 Recently, the city library unearthed a secret passage in one of the basements. It went down into the city underground. A group of scholars followed these tunnels until they found an entrance built in stone. The runes and inscriptions in the stone spelled ancient names in a forgotten elven dialect. A language not often seen and rarely spoken anymore.

Marth is an adventurer who studies magic. He was part of the original surveyor team and helped translate the runes as best as he could. The chief of the exploring team decided not to continue exploring further, he deemed it too dangerous. They returned to the city and reported their findings to the city council. Who expects a council session to decide what to do and who to send to finish the exploration.

Marth would not wait. This was his chance. There is something he did not tell the rest of the team. In the runes he saw markings of arcane magic power and an inscription that he could only translate as library, or repository. Marth assumed there were arcane secrets inside. They would be lost to him if the council sent a different team of explorers.

In order to get access to the secrets before anyone else he went down into the tunnels that night alone. He found the stone entrance and looked for the way to open it. He found a loose rock near the door that, when pulled, caused the doors to open. He entered the place and was attacked by a group of animated skeletons; he was lucky to destroy them with fire magic before they could advance on him. As he continued exploring the elder place, he read writings on the walls in the same old elven dialect. All spoke about a dark entity that tried to steal the sun and the stars.

Bas-reliefs and paintings showed a group of other entities which thwarted the dark one’s intentions. In a room surrounded with tall sarcophagi, Marth found a secret passage behind a sarcophagus. It led to a small room with a bookcase, a wooden chest and some barrels. Marth was greedy and fast to get his hands on the wooden chest. Thinking only of the wealth and gold that was waiting for him in that chest, and the rest of the unexplored place, he lifted the lid of the chest. A cloud of green gas filled the room. Marth’s head felt heavy, his eyelids even more. He was not heard of again.