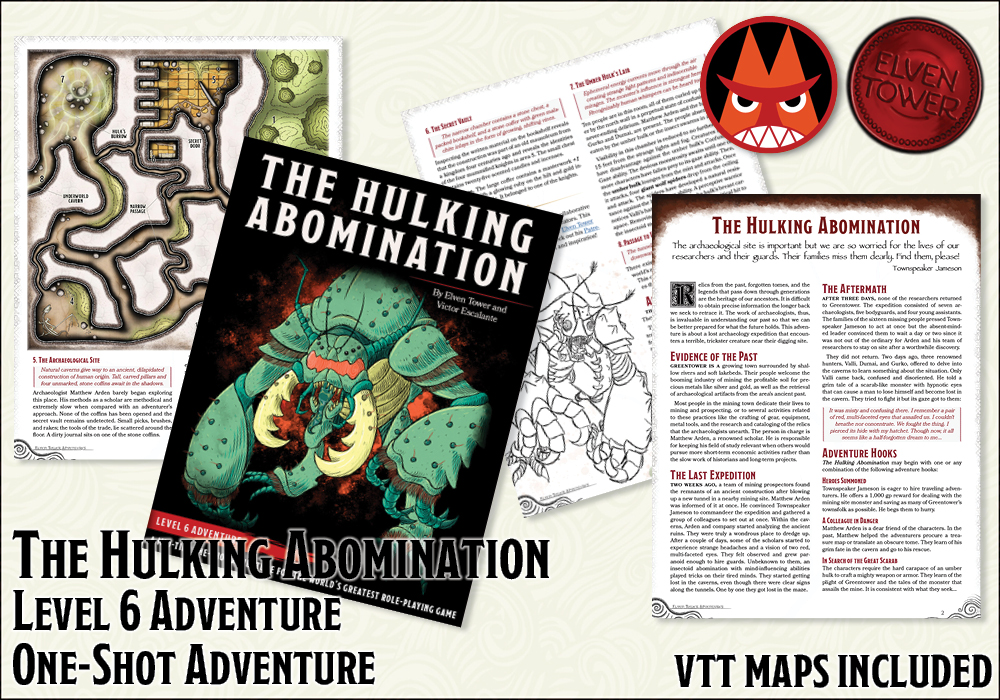 This adventure supplement is a special collaboration with another creator we feel fortunate to call a friend, Victor Escalante of Monstrous Tokens. In The Hulking Abomination, a group of level-6 adventurers hears of the plight at Greentower. A famous archaeologist and his entourage got lost in the mining site and no one seems to know what happened. Three hunters volunteered to delve into the caverns to find them but only one of them returned. The man came back telling the strangest of tales about a giant scarab monster.

When the characters explore the caves, they find a colony of giant wolf spiders that work alongside an elder horror of the underworld, the umber hulk. The strange insect uses its confusing gaze ability to wreak havoc among trespassers. Such was the fate of the hapless archaeologists. Nonetheless, if the characters hurry and prove themselves as valiant warriors, they may still yet save some of the lost individuals! 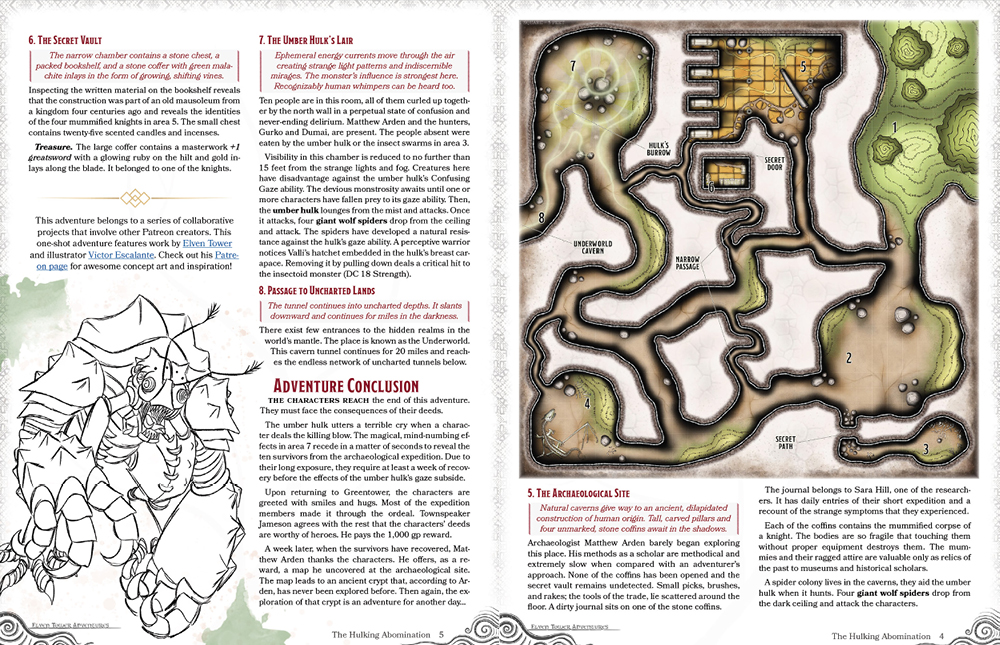 This is a level 6 adventure where the adventurers explore an ancient archaeological site, fight a strange creature from the underworld, and get the opportunity to obtain regionwide renown and popularity. 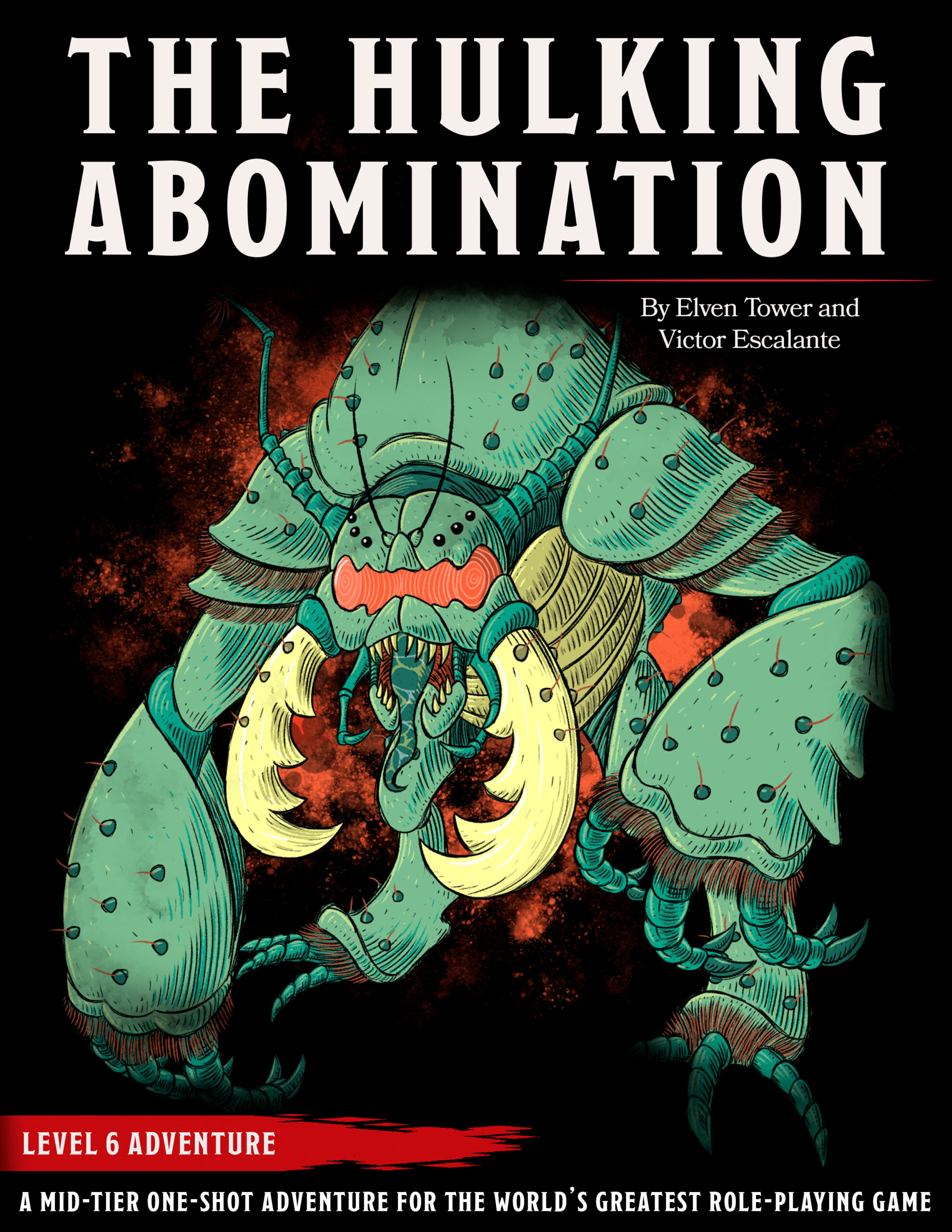