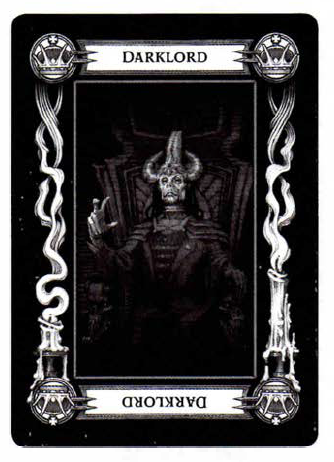 There is very interesting moment in the Curse of Strahd module that is not given enough attention in the module, and this is the invitation to Ravenloft. A fine dinner with the lord of the land.

Strahd writes the letter himself and has one of his minions deliver it to the adventurers, expecting them to come. This is one of the module’s peaks. Depending on the case this could be the first time the adventurers encounter Strahd, or it could come after a few encounters with him also. It is a great opportunity to build upon this villain’s charisma and personality. The moment to start building a pact of enmity between the PCs and your BBEG.

Let’s discuss some particularities about this part of the adventure.

Curse of Strahd is a very sandbox-style campaign and the course of events will vary from table to table, depending on the DM and players alike. For one group you might judge to introduce Strahd earlier while you could choose otherwise with different people. Strahd can come in and out of the spotlight at any time, it is his land, and he is the land.

There’s nothing wrong with having him show up and throw some acid remarks to the PCs after they exit the Death House. Or you could also wait and have everybody talking about this Count Strahd; the PCs will be so curious about him, but he might not bother showing himself until the PCs prove themselves worth the time. And talking about that, the book includes four moments when the Dinner invitation can be delivered.

That’s it, the book only gives these options. However they are just guidelines of what you can do. The invitation can come in many forms and you get to choose when it arrives. It’s appropriate that the invitation event is triggered by the players doing something that calls for Strahd’ attention, otherwise there would be no need for him to waste his time. Possible events worth Strahd’s attention:

The invitation is a prop you have to show to the players, it’s at the end of the book. As written, it includes some important information. It says that Strahd is the one who brought the party to Barovia and that he is the only one who can let them out. That should be motivating enough to make the party visit Castle Ravenloft. The letter also states that it is a dinner invitation and that Count Strahd wishes to talk in a “civilized manner” and that safe passage is part of the deal.

This is important because Strahd is legal evil. Because of the “legal” part, he will be inclined to follow this arrangement and that is good, this is a great roleplay opportunity. A fireball after a few words would only work against the conversation encounter we are trying to create. As long as Strahd’s conditions are respected, he will respect the letter; offering a dinner, a civilized conversation and safe passage after finishing. It will probably not be that safe, or civilized; because of the PCs, not Strahd himself.

It is clearly stated that Strahd is aware of the adventurer’s presence in his realm, and in some cases (depending on the adventure hook) he is guilty of bringing them to Barovia. Strahd does this all the time because he likes breaking people and he is looking for a successor. However it can be assumed that most people brought to Barovia don’t even stand a chance against Strahd, so he is easily bored with all these visitors. Unless of course they do something out of the ordinary, that’s the moment when Strahd goes out of his way and invites them to dinner.

When the adventurers decide to go to Castle Ravenloft, they will not be bothered by any of Strahd’s creatures. The black carriage will even be waiting for them to bring them to the castle’s doors. Rahadin, Strahd’s second in command will receive them in area K8 (page 55) and lead them to the dinning room.

As written, the dinning room is set for a fine dinner and Strahd is playing the organ when they come in, but this is just an illusion that plays the part of the gracious host. After 20 seconds it vanishes and the adventurers are left alone. This is very bland and anticlimactic. My suggestions is to change all this descriptive text. The real Strahd will be the one playing the organ, he will then sit in the main chair and invite the adventurers to sit and dine with him.

Adventurers might feel inclined to not listen to Strahd, depending on the previous events in your campaign, PCs could start attacking almost immediately. To prevent this and have the roleplay encounter Strahd might take the first hit (which will do nothing because of the Heart of Sorrow) and then beg the adventurers not to rush and have a civilized conversation. Alternatively you could have a wall of force in place since the beginning, between Strahd and the party. A PC might call Strahd a coward buy he wouldn’t take offense, he would explain that the wall is there to ensure the dinner actually takes place. Or he could smile and say “This wall is here for your protection, not mine”

Here are some interesting subjects that Strahd might want to talk about or mention during the dinner:

These are just ideas to get you started. The purpose of the meeting is to sow fear and discomfort in the party, and to get more acquainted with their gracious host. Strahd is just having fun, after all, he’s been alive so long that this small moments of novelty are very interesting to him. It’s important to portray that while Strahd is strong and will test the party in battle. He also enjoys breaking people with words, maybe even more that fighting. He doesn’t wish this invitation to become a skirmish and will try to keep things civil. But if the PCs put to much pressure he will attack and kill one or two of them, leaving the rest alive to escape with their fallen comrades (they might later come back with the help of the dark powers, or maybe as vampire spawn).