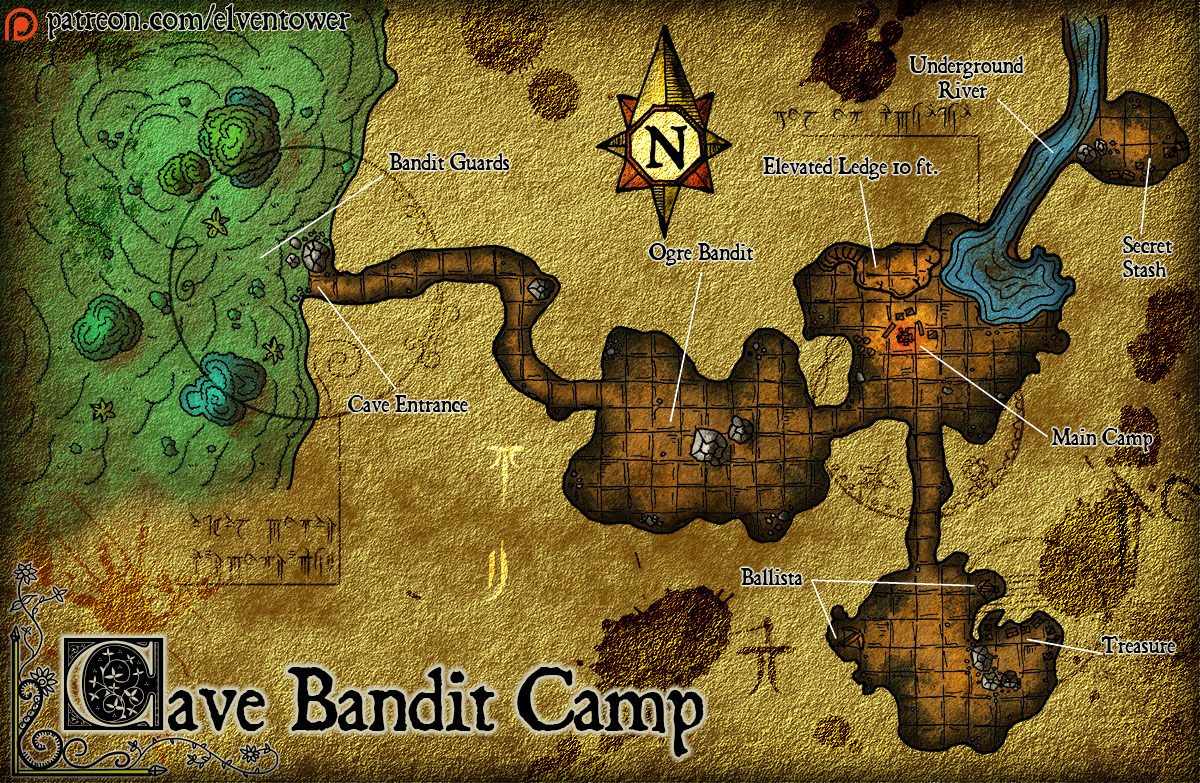 They say he used to be a city guard, some others say he was an adventurer who got tired of nobles paying too little. Regardless of his true origin, Jack The Claw has built a nasty reputation in the land.

The Claw is savage and relentless, he feels no pity nor does he feels fear. The people who follow him will do anything he says out of fear, thus he has a group of loyal brigands that scour the nearby land. Jack’s objective is to position himself as a figure of authority in a town or county, his plan (not a particularly good one) is to steal farms and pillage small towns during the fall season. This will put the region in a very precarious situation, with the winter so close.

That’s the moment when Jack will try to bargain his way into nobility by providing food and protection for the land. The closest big city is not close enough to provide assistance in a fast manner, Jack doesn’t expect a full dispatch of city guards to stop him, at least not until spring. But right then he might just get the people’s approval and avoid any consequences. The plan looks good on paper, but Jack is very impulsive and is probably his own worst enemy. His second in command is Ruffer, an able fighter who doesn’t fear Jack, he believes Jack will bury himself before long, he’s just waiting for the right moment to take over the gang. He doesn’t delude himself with dreams of nobility, he only wants to run a bandit’s band.

Jack was smart enough to befriend an ogre. Copp is the name, he is not smart. Jack offered him food without risk so he has stuck around so far. He will defend the cave, he considers it his now.

The band recently found a cave on a hill that has served well as a lair and to storage all the goods stolen from farms and towns. Deep in the cave it even has an underground river. Down this river there’s a small cave chamber where Jack is storing anything of real value like coins and jewels. The rest of the edible goods are storage in a room where they placed a pair of ballistas for defense. They haven’t used these devices for defense yet, but the men are trained to use them.

If things go sour for Jack and his gang, he doesn’t want to die, but prefers that than to be arrested. He will try to strike a deal with any intruders. He can offer money, stolen goods, and even a position of relative power when he’s in charge of a medium sized town. Alternatively he can try to escape down the underground river on a small raft. He will stop by his secret stash to take as much as he can on the way.

This short adventure is geared toward lower party levels, 2-4. Bandits are not particularly strong, except in big numbers. Jack can be a bandit captain. Other than that it’s just the ogre which can be a difficult foe for level 2-3 parties.

It’s important to try to have the last roleplay encounter with Jack himself trying to buy his way out. Even if players are inclined to attack immediately, Jack has good stuff to offer. 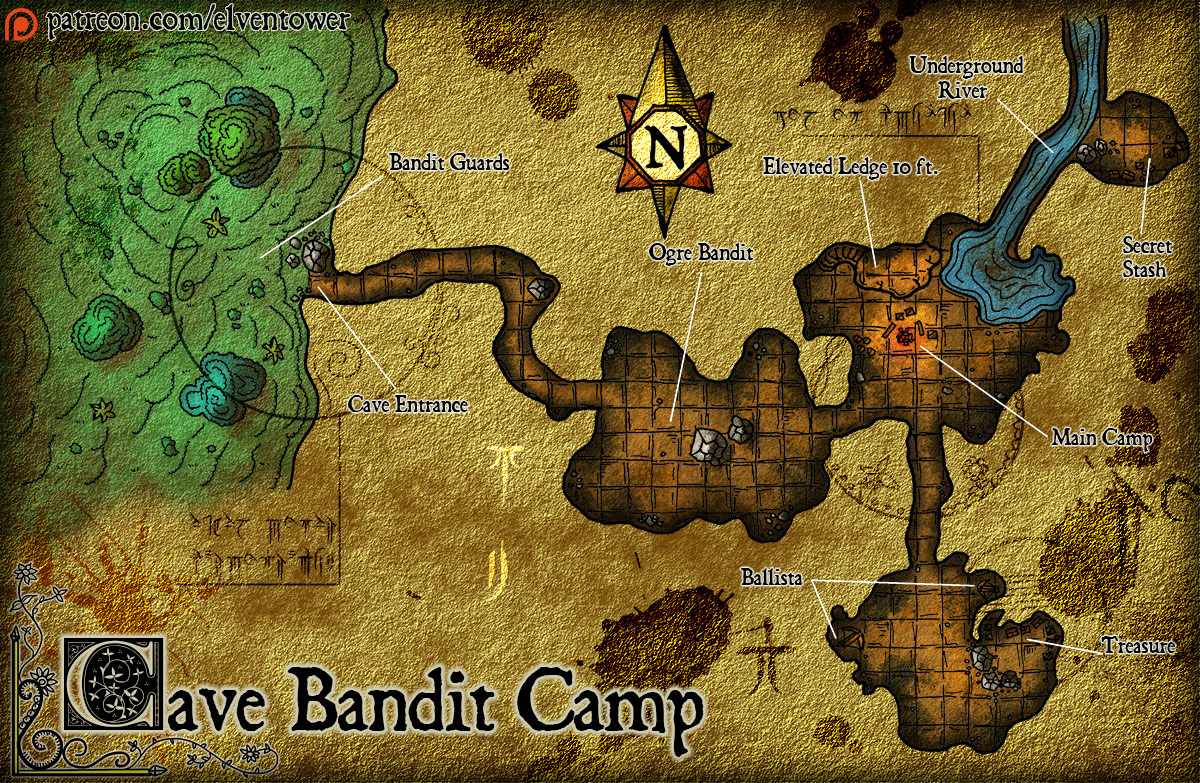