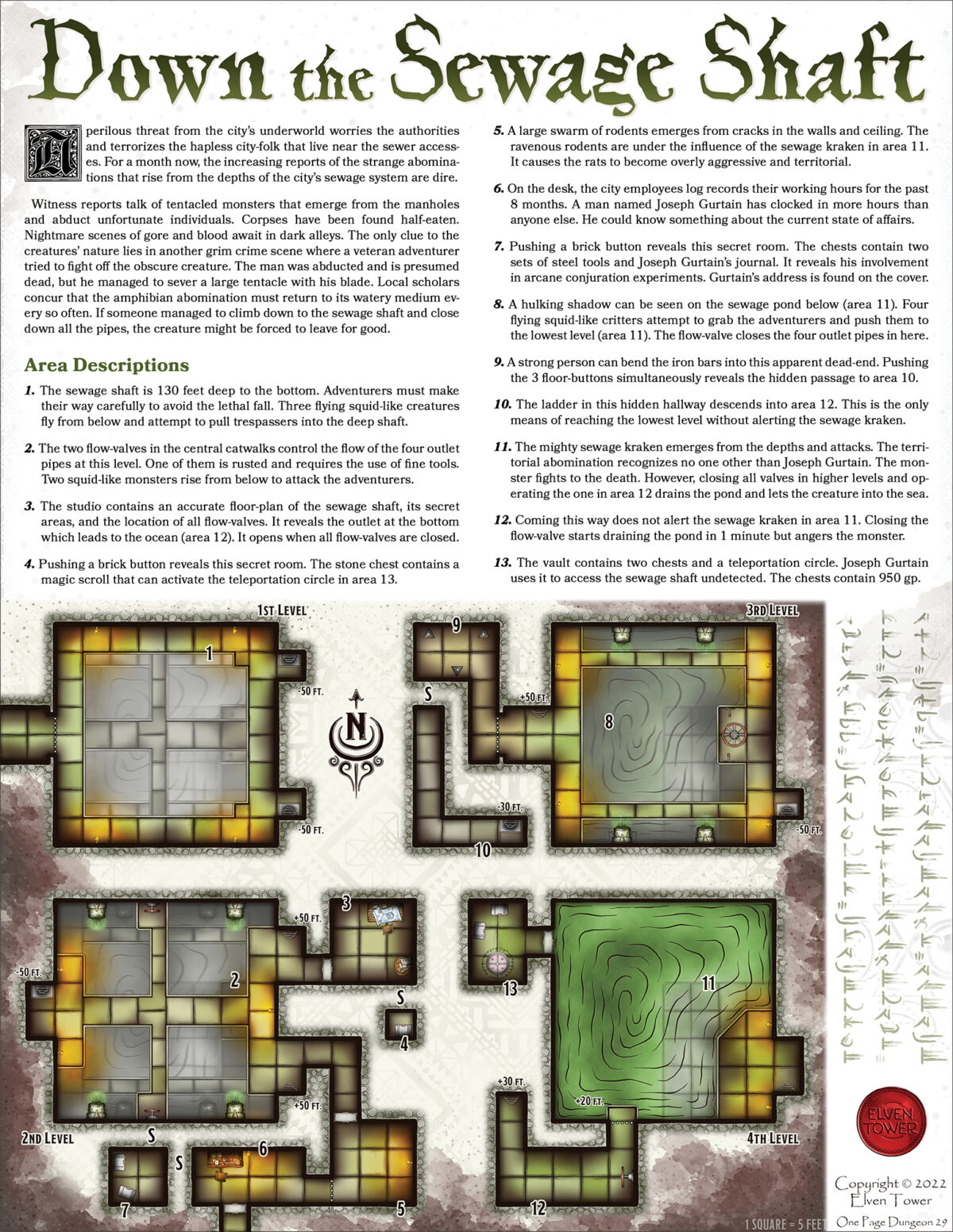 This is our 29th installment of the one-page dungeon series. The objective is to create self-contained adventures/dungeons with all things necessary to spawn fun adventures on a single page. It is system neutral so it can be easily ported to any system. It shouldn’t be much trouble to include it in any medieval setting.

In Down the Sewage Shaft, a group of heroes is hired to track down the whereabouts of strange flying, tentacled creatures that come from the sewage system in a large city. The city maintenance workers suspect that the creature lair in the sewage shaft, the hub of all outlet pipelines from the city. They know of at least three workers who did not return when going to explore that way.

The characters explore the deep sewage hub and are assailed by flying medusae-like creatures with poisonous qualities. Climbing down the sewage shaft leads the characters on a quest to discover the involvement of a strange city worker with magical aptitudes and the presence of a hulking creature in the deepest pond. Will they be strong enough to fight it, or will they dump the monster into the sea and hope it goes away in a puddle of ink and magical smoke?

This level-neutral adventure brings the heroes to the sewers, has them discover a strange mystery, and gives them the possibility to earn city-wide renown! 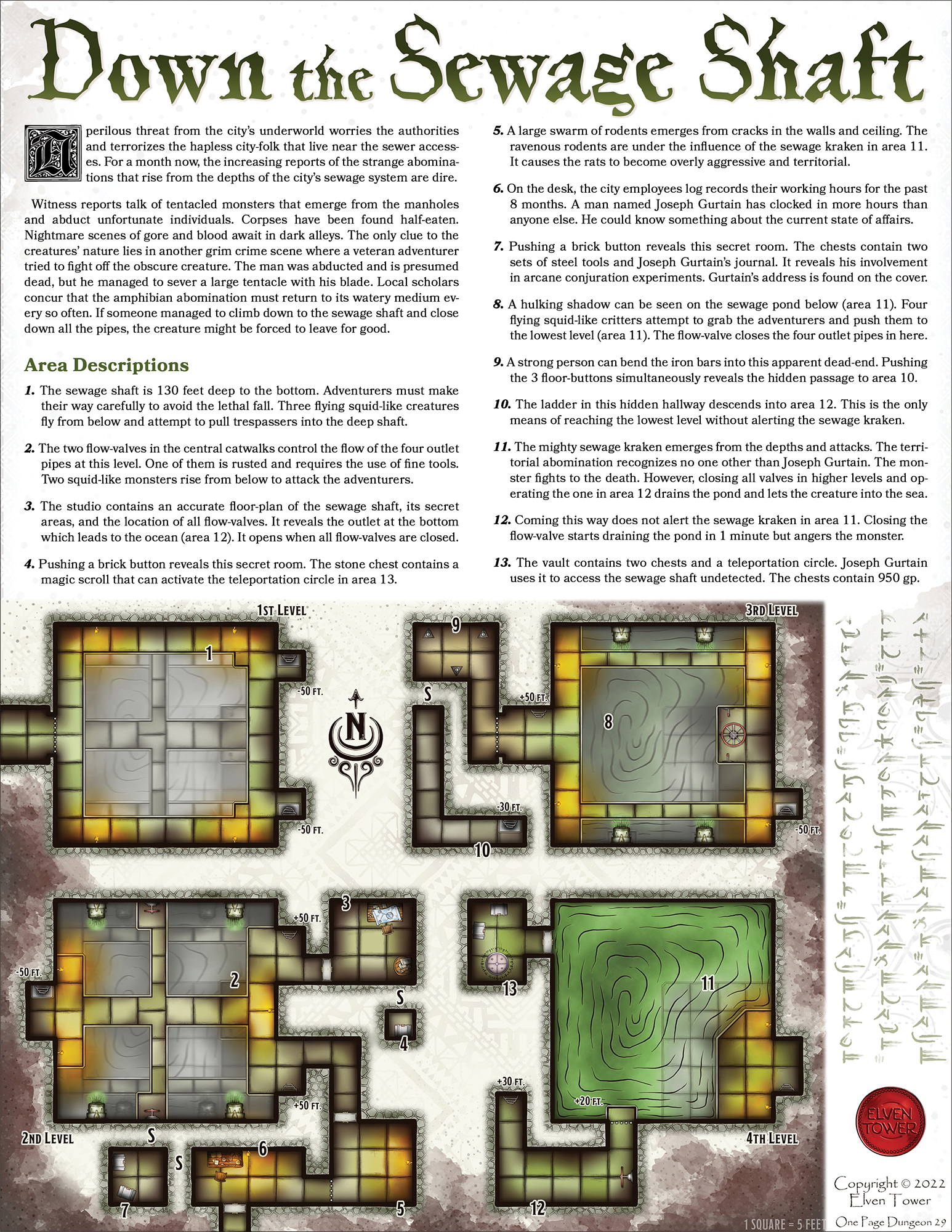