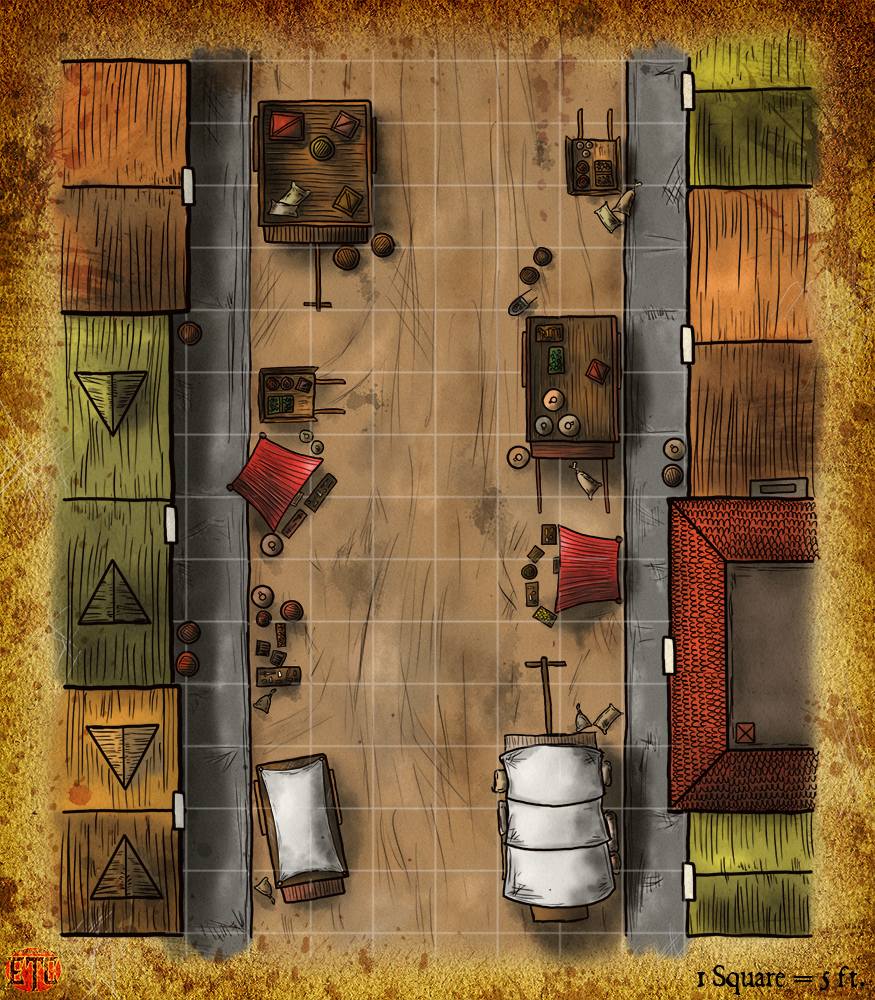 For this short adventure scenario, a known patron of the party sends a letter requesting the arrest and interrogation of an infamous young man. This man is accused of several crimes, but it is not his personal doings that have warranted his arrest but rather his relationship with some big fish in the smuggling business.

Greetings, I expect all is well since the last time we saw each other.

I have been informed you are now staying near Shian Jou Market. It’s a nice place where many wares can be found, it’s just that if you know where to look or who to meet, some pretty nasty things can be bought or arranged.

That is the nature of this message. We know of a local bandit lord of sorts, he’s known simply as Shark Teeth. The city guard has reasons to believe he is in charge of the illicit smuggling of poisons and stolen goods into the city. Deaths by poison are on the rise in the big city and the city guard has only one clue. They can’t pursue this any longer because all of them are known to the bandits, for this we need you, we need new faces, unexpected faces.

There’s a young lad that goes by the name of Sabre. He runs errands in the market and sells old coins from time to time. Sir Jones, the captain of the city guard, is sure Sabre is an informer. He needs the boy to be quietly arrested and interrogated by any means necessary.

Be careful as he might have ways to poison himself if captured. Some other prisoners have died inexplicably, so that is our only theory.

The text is included in a letter prop image. In any case, you can change the text so it resembles or better accommodates your own game or plot. In this case Sabre is in fact an informed and can lead the party to a warehouse that serves as a command center for the smugglers.

In order to break Sabre, torture will not take long. But he will try to strike a deal before any kind of physical abuse takes place. He is a coward and would rat his comrades in a split second. 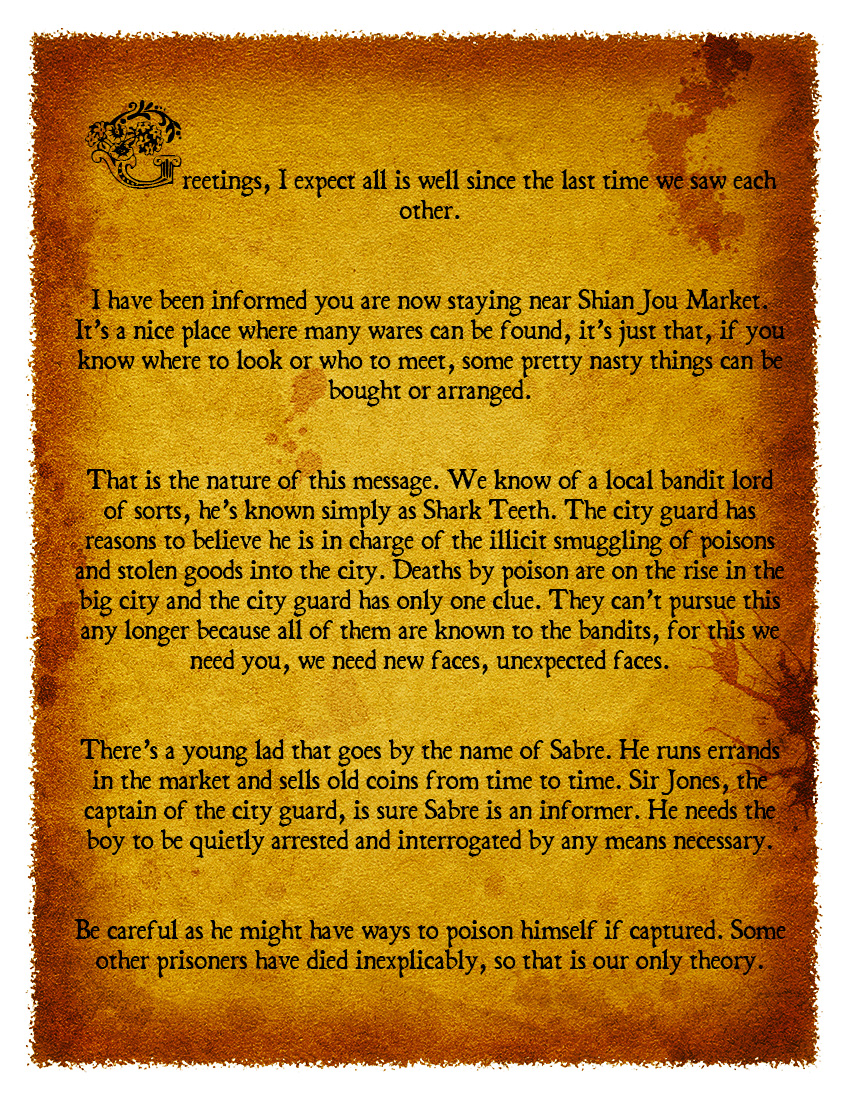 Interesting Ideas for the encounter

The market street illustration is ready for a fight to happen there. The market is not supposed to be only that section of the street. The market spans many streets and the act of finding Sabre must be a challenge on itself. Whether you solve this with role-playing, a skill challenge or a simple investigation check is up to you and your table’s style.

Once Sabre is found, that’s where the illustration comes in. Sabre probably is not a big warrior or anything, but other bandits and/or thugs should be around incognito. Bands of criminals usually work in groups but they tend to be inconspicuous so as to not attract unwanted attention. A fruit vendor or a cart driver might be on the payroll of Shark Teeth.

Additionally, the buildings on the market street have windows and some of them are two-storied. You can add a few criminals with crossbows ready to shoot from above should any problem arise on the street.