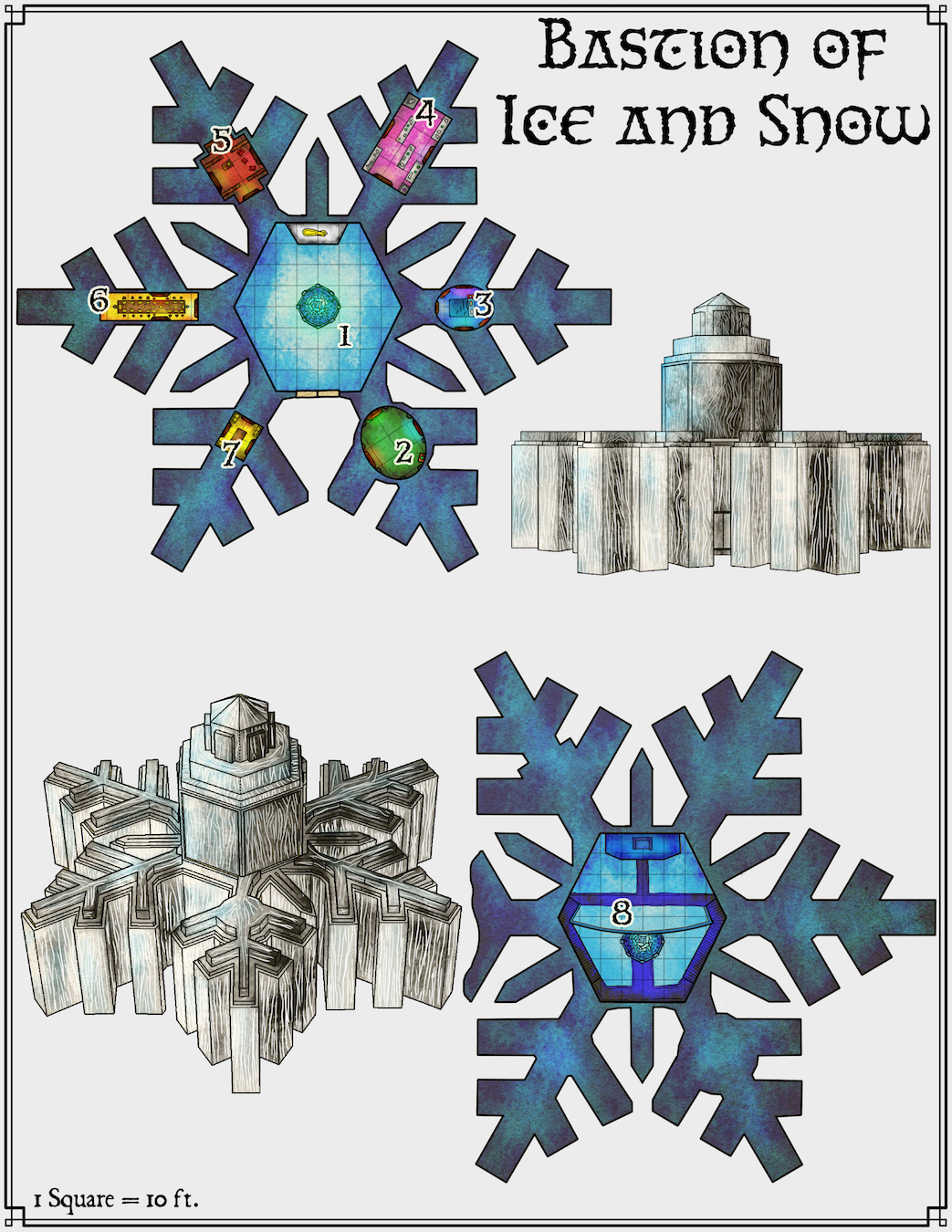 The illustrations used in this document were originally commissioned by a colleague, friend and patron, M.T. Black. He is a best-selling author at DM’s Guild and these illustrations are part of his next title “Bastion of the Frost Lord”. What follows is not part of his product, nor is it related in any way to it. This is just my own take on a possible adventure or quest in the same location. Bastion of the Frost Lord is live at DM’s Guild, be sure to check It out. 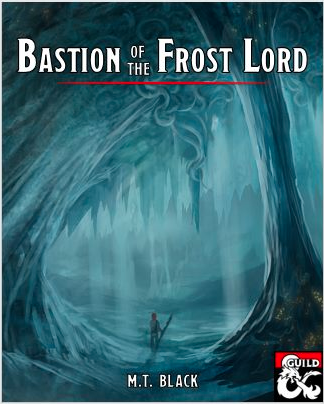 Count Lucas Splainurd was always a magical prodigy. Ever since he was just a small arcane apprentice in the old wizard’s tower, he showed great talent for the art of manipulating the weave to his own devices. His mentor, an accomplished practitioner of the art saw in him great potential. At the same time he felt envy. Secrets and techniques that had cost him years of practice and study came to Lucas naturally as if he was born just for that.

When Lucas came of age, his mentor refused to teach him any longer. He argued he was ready to continue studying on his own, in reality, he was afraid Lucas might surpass him in just a few more years of tutelage. Lucas was not a naïve boy anymore and saw through his mentor’s façade. He knew he was good and could probably make it on his own, but it would take him much longer, plus he wasn’t aware of other magic users who could help him. One thing he knew was that his mentor kept several spellbooks in a vault in the tower, if only he could slip back in and steal them.

His mentor had already grown paranoid and had placed magic protections in the vaults. An imprisonment spell was all that he needed to stop Lucas altogether. Lucas was trapped in an icy prison and remained in such a state for many years, his hate and desire for vengeance growing ever stronger day by day. One day by sheer coincidence a group of bandits broke inside the mentor’s tower and stole some values, among them the diamond that served as Lucas’ prison. The banVdit chief, unversed in diamonds,  though his stone cutter could do a better job and had the diamond worked on. Lucas was freed one the stone cutter hit the diamond with his small hammer and chisel. After some negotiation aided by charms, Lucas “hired” the bandits and stormed back to his mentor’s tower.

His mentor was an old frail man, but for Lucas the hate was fresh and very much alive. Lucas found almost no resistance from the old mage as he tried a new enchantment that trapped his old mentor’s life force in a glass crystal. His plan was not to imprison him, but rather to use his very life energy to power a magic device he had devised in his years of imprisoned solitude. He created a kind of fireplace that didn’t radiate heat but instead absorbed it from everything around it. It was strong enough that it transformed several miles around the tower into tundra.

The place was shunned. Lucas named himself Count of this land and built a fortress with ice. He has lived there ever since. He most regularly feed new souls to his cold fireplace to hold the existing tundra in place. If he ever stopped providing new life energy to the device, the cold weather would stop.

1.- The old mentor’s family is aware of what happened to him about 20 years ago.  They offer a handsome pay to whoever gets rid of Count Splainurd and gives them access back to the cold lands that surround the fortress.

2.- A mage who used to be Lucas’ friend wishes to see his friend again. He’s aware the cold lands are dangerous and wishes for a party of bodyguards to safely escort him to the count.

3.- The local King, Jarl, Prince or other noble in power is sick of this so-called count. No one in the land can self-appoint nobility titles, not even a strong mage. He already sent a city guard platoon that did not return. Now he’s offering a small fortune for a party of adventurers to get rid of this fake noble.

4.- A dryad appears before the party and pleads for help. The cold lands that surround the ice fortress are growing slowly but steadily. The cold weather is currently threatening a forest where the dryad and a group of satyrs live. They need help, the satyrs can eventually leave but the dryad is tied to her tree’s fate and the satyrs don’t want to leave her behind. Two satyrs offer to assist the party in this quest.

5.- The noble family who owns the land now taken by the cold weather have let it happen for some years, having no plans for the lands themselves and no desire to spend energy fixing the problem. Now however,  these lands must be sold and used as farmlands due to the city’s growth. They don’t really care about Count Splainurd, but wish there could be a deal the count could accept in exchange of retreating the icy aura of his fortress.

The Bastion of Ice and Snow

The castle is all built out of ice. The walls are so thick that their transparency is almost lost to a white-cold color. The areas right outside and inside the castle are so cold that special gear for cold climates is needed, otherwise the penalties for extreme cold settle in as usual. The Fortress has no doors except the main entrance.

All internal communication between the different rooms is through the magical fireplaces. If the PCs step inside the main fireplace in area number 1, they are transported to any other room in the first level, at random.

The fireplaces in each room shed colored lights, the light color indicates the room that fireplace goes to. Each room is color coded in the illustration.

The only way to travel to the second floor and throne room is to take ashes from each colored fireplace and throw them in the central fireplace. Doing that changes the color to dark red and transport the user to the second level.

Areas of the Fortress

1.- The central room features the central fireplace. This is the magical device that causes the cold climate in the region. It transports people to any other room randomly. There is also a magical harp at the back of the room, it plays by itself sad ballads.

2.- This lime green room has no features but a few cup tables. The floor shows marks of use. It looks like a place for dancing or marching.

3.- This blue room is a guests room, featuring a big bed.

4.- Pink room is the kitchen. There are many cupboards and tables for preparing food. The room is populated by 4 invisible servants that never expire.

5.- This red room is the wizard’s library. He’s an avid reader and the book collection holds rare exemplars. A spellbook or arcane blueprints can be found here.

6.- This golden room is the dinning hall. It is seldom used since not many fancy visiting such a place as this. It is kept pristine and clean by invisible servants though.

7.- This mustard yellow study room is where Lucas spends his time studying magic or writing up new spells.

8.- The Throne room is really a two leveled room. In the bottom there is a replica of the central fireplace where anyone teleported here appears. However it is only that, a replica designed for the teleportation. It has no cold weather magic. Climbing any of the two flights of stairs, one can find the ice throne where count Lucas Splainurd will be waiting for any visitors that managed to survive the dangers in his lands and fortress.

However the encounter plays out and the stats for such a foe completely depend on the party level and danger level you wish to have. As written, it is geared as a mid-high level encounter, so Lucas would probably be an Archmage.