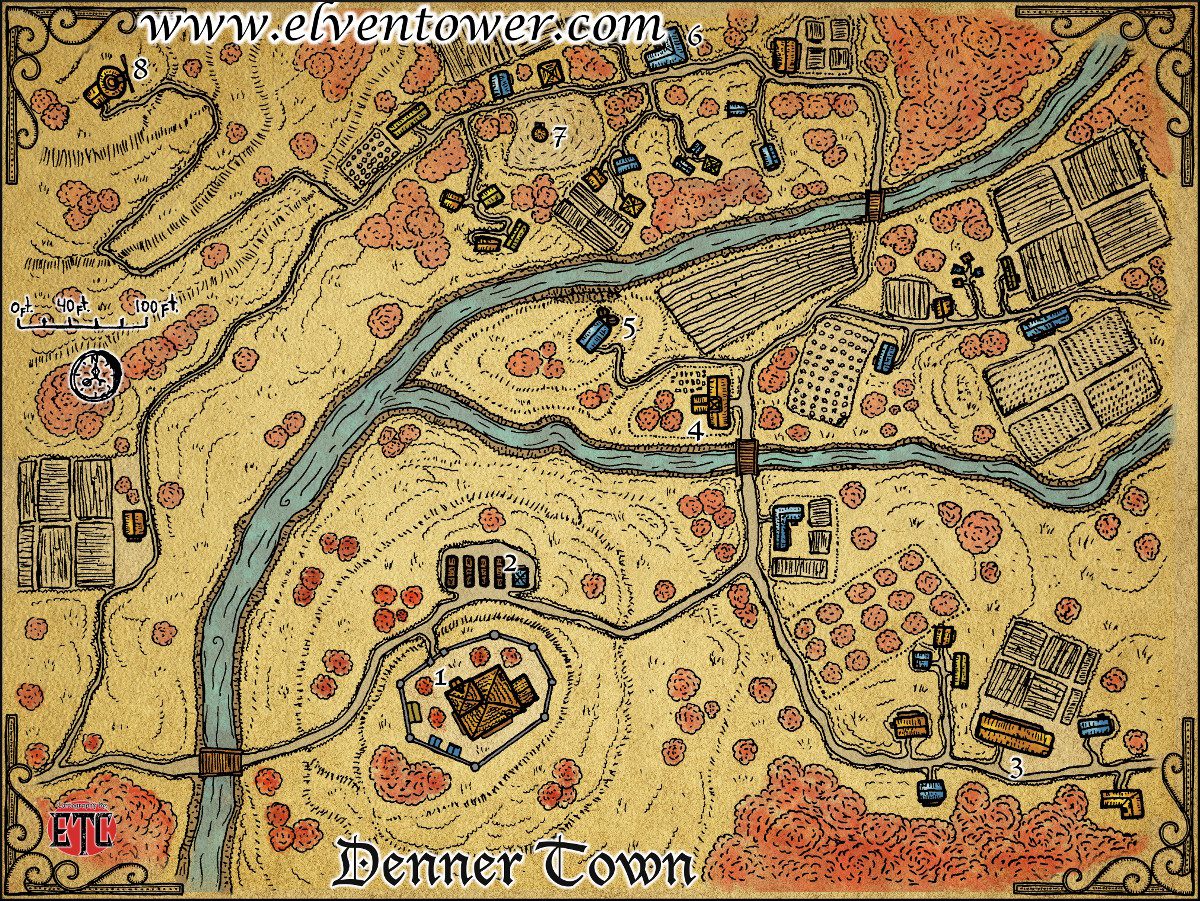 Denner Town is a small town whose main activity is farming. The land is protected by Lord Andetag, he is a fair Lord and does his best to improve the town’s performance. In case of emergencies, the townsfolk run to be sheltered in the manor house. The manor house is not fortified enough to withstand a full siege, but it can certainly defend the town from bands of orcs, bandits or similar threats.

Lord Jack Andetag (human).- Lord of the manor house and owner of most land.
Dimmer Baratell (dwarf).- Owner of Baratell’s Brewery, always down for a story.
Arianna d’Miren (human).- Counselor of Lord Andetag, secretly wishes his demise.
Ernest (human).- Person in charge of the grain storage.
Sir Adamant Duck (human).- Representative of an important knight’s order. He stays at the manor as guest.
Daberis Tullunk (gnome).- Merchant in charge of the trading station. He often hires people to escort shipments.
Old Joll (human).- This elder man works at the mill. In his time, he was an adventurer.

Notable Locations (tagged in the map) 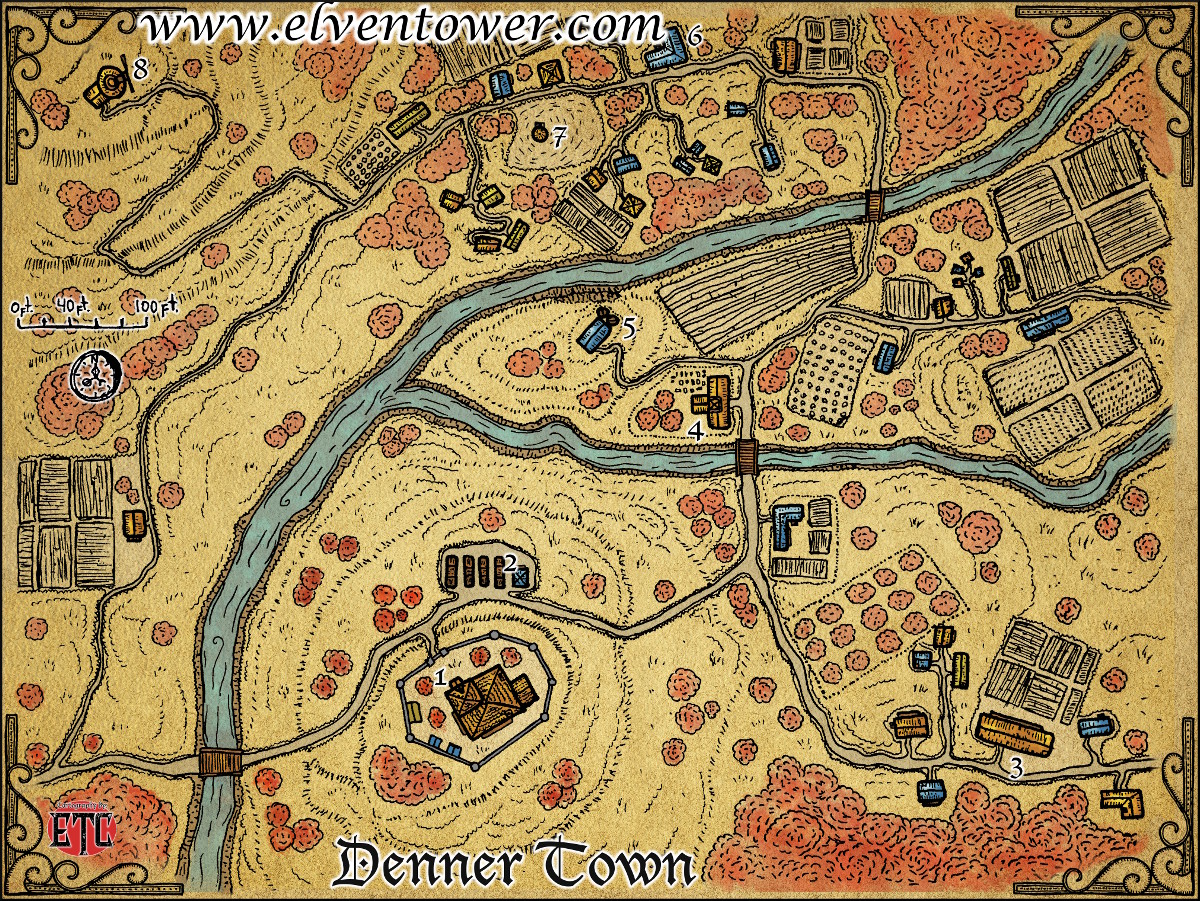