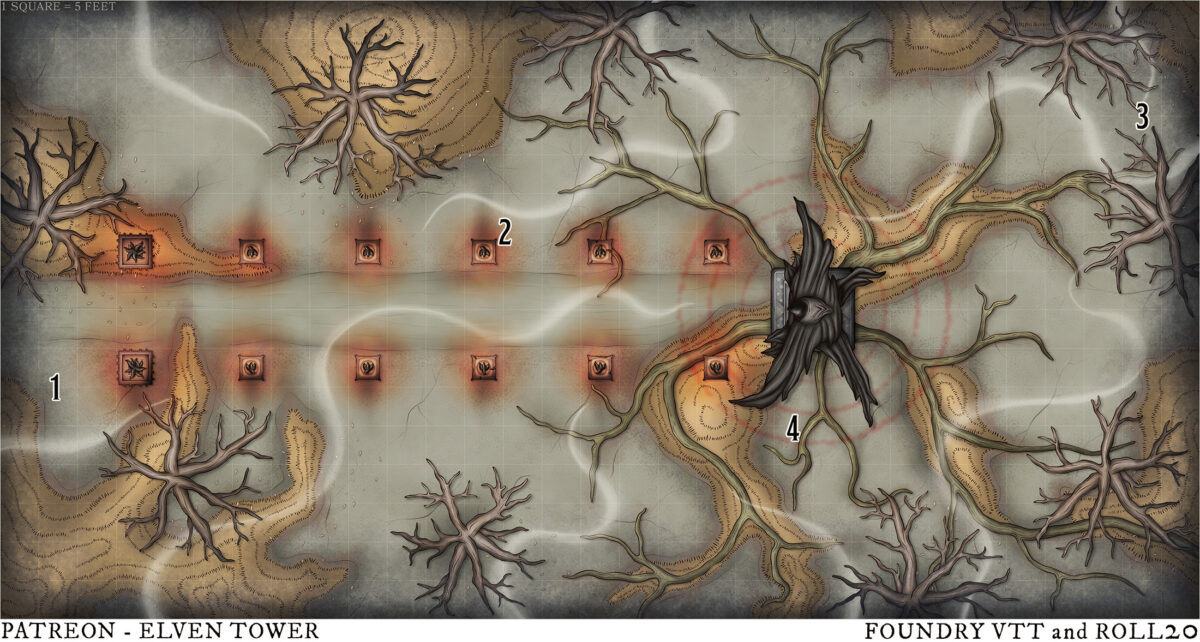 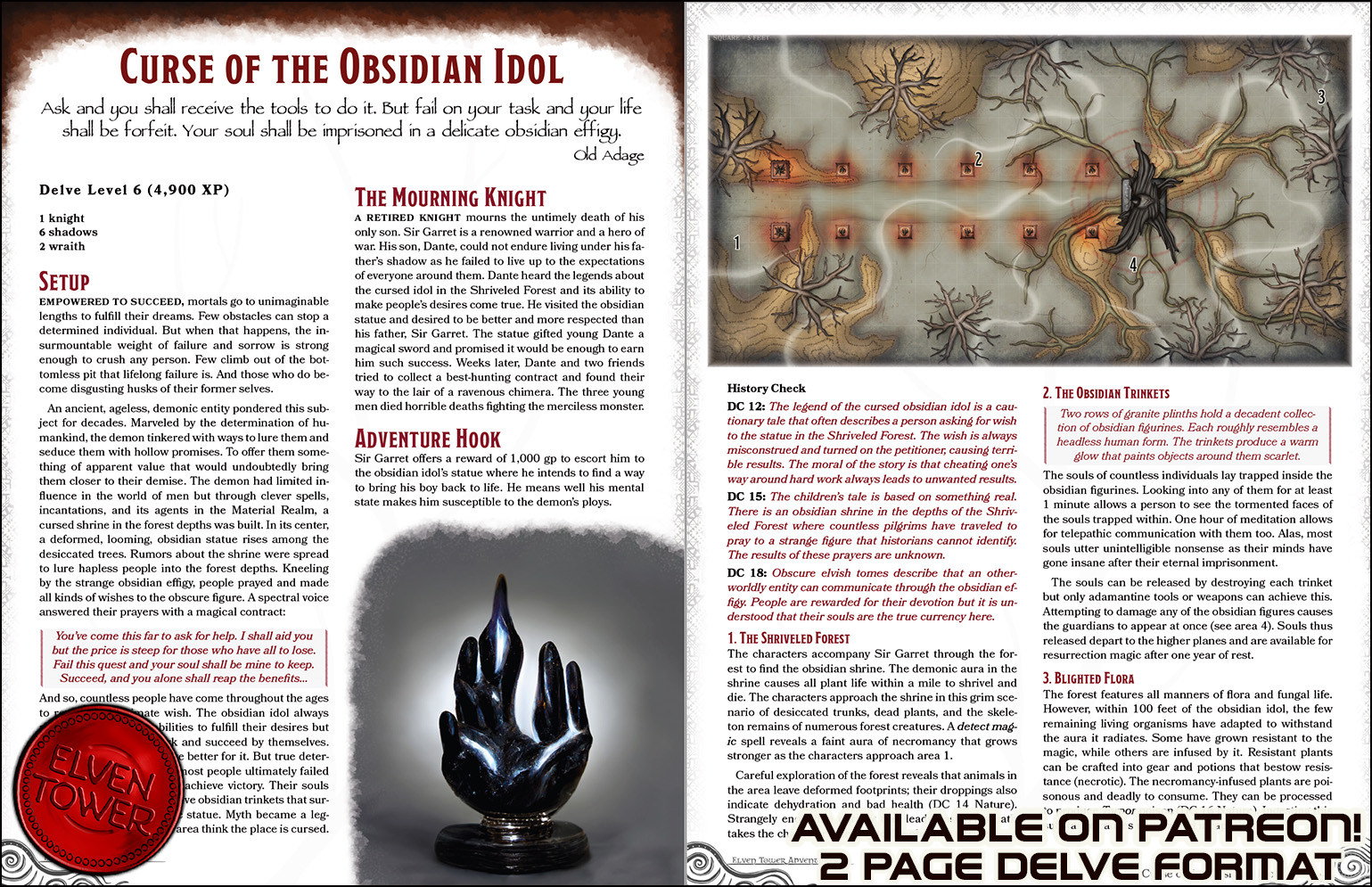 Ask and you shall receive the tools to do it. But fail on your task and your life shall be forfeit. Your soul shall be imprisoned in a delicate obsidian effigy.

Empowered to succeed, mortals go to unimaginable lengths to fulfill their dreams. Few obstacles can stop a determined individual. But when that happens, the in­surmountable weight of failure and sorrow is strong enough to crush any person. Few climb out of the bot­tomless pit that lifelong failure is. And those who do be­come disgusting husks of their former selves.

An ancient, ageless, demonic entity pondered this sub­ject for decades. Marveled by the determination of hu­mankind, the demon tinkered with ways to lure them and seduce them with hollow promises. To offer them some­thing of apparent value that would undoubtedly bring them closer to their demise. The demon had limited in­fluence in the world of men but through clever spells, incantations, and its agents in the Material Realm, a cursed shrine in the forest depths was built. In its center, a deformed, looming, obsidian statue rises among the desiccated trees. Rumors about the shrine were spread to lure hapless people into the forest depths. Kneeling by the strange obsidian effigy, people prayed and made all kinds of wishes to the obscure figure. A spectral voice answered their prayers with a magical contract:

You’ve come this far to ask for help. I shall aid you but the price is steep for those who have all to lose. Fail this quest and your soul shall be mine to keep. Succeed, and you alone shall reap the benefits…

And so, countless people have come throughout the ages to recite their ultimate wish. The obsidian idol always provides the tools or abilities to fulfill their desires but the individuals must work and succeed by themselves. Some have done so and are better for it. But true deter­mination is a rare quality; most people ultimately failed despite having the tools to achieve victory. Their souls now reside in one of the twelve obsidian trinkets that sur­round the strange demonic statue. Myth became a leg­end and now people in the area think the place is cursed.

A retired knight mourns the untimely death of his only son. Sir Garret is a renowned warrior and a hero of war. His son, Dante, could not endure living under his fa­ther’s shadow as he failed to live up to the expectations of everyone around them. Dante heard the legends about the cursed idol in the Shriveled Forest and its ability to make people’s desires come true. He visited the obsidian statue and desired to be better and more respected than his father, Sir Garret. The statue gifted young Dante a magical sword and promised it would be enough to earn him such success. Weeks later, Dante and two friends tried to collect a best-hunting contract and found their way to the lair of a ravenous chimera. The three young men died horrible deaths fighting the merciless monster.

Sir Garret offers a reward of 1,000 gp to escort him to the obsidian idol’s statue where he intends to find a way to bring his boy back to life. He means well his mental state makes him susceptible to the demon’s ploys.

DC 12: The legend of the cursed obsidian idol is a cau­tionary tale that often describes a person asking for wish to the statue in the Shriveled Forest. The wish is always misconstrued and turned on the petitioner, causing terri­ble results. The moral of the story is that cheating one’s way around hard work always leads to unwanted results.

DC 15: The children’s tale is based on something real. There is an obsidian shrine in the depths of the Shriv­eled Forest where countless pilgrims have traveled to pray to a strange figure that historians cannot identify. The results of these prayers are unknown.

DC 18: Obscure elvish tomes describe that an other­worldly entity can communicate through the obsidian ef­figy. People are rewarded for their devotion but it is un­derstood that their souls are the true currency here.

The characters accompany Sir Garret through the for­est to find the obsidian shrine. The demonic aura in the shrine causes all plant life within a mile to shrivel and die. The characters approach the shrine in this grim sce­nario of desiccated trunks, dead plants, and the skele­ton remains of numerous forest creatures. A detect mag­ic spell reveals a faint aura of necromancy that grows stronger as the characters approach area 1.

Two rows of granite plinths hold a decadent collec­tion of obsidian figurines. Each roughly resembles a headless human form. The trinkets produce a warm glow that paints objects around them scarlet.

The souls of countless individuals lay trapped inside the obsidian figurines. Looking into any of them for at least 1 minute allows a person to see the tormented faces of the souls trapped within. One hour of meditation allows for telepathic communication with them too. Alas, most souls utter unintelligible nonsense as their minds have gone insane after their eternal imprisonment.

The souls can be released by destroying each trinket but only adamantine tools or weapons can achieve this. Attempting to damage any of the obsidian figures causes the guardians to appear at once (see area 4). Souls thus released depart to the higher planes and are available for resurrection magic after one year of rest.

The forest features all manners of flora and fungal life. However, within 100 feet of the obsidian idol, the few remaining living organisms have adapted to withstand the aura it radiates. Some have grown resistant to the magic, while others are infused by it. Resistant plants can be crafted into gear and potions that bestow resis­tance (necrotic). The necromancy-infused plants are poi­sonous and deadly to consume. They can be processed to produce Torpor poison (DC 16 Nature). Ingesting this substance causes nausea and incapacitation.

A faceless, fallen angel’s statue rises as tall as the desiccated trees that surround it. Trails of heavy mist erupt from its cracked, glass-like surface. Its lack of facial features resembles a bottomless abyss.

Creatures within 50 feet of the obsidian statue suffer from a strange psychological effect (DC 15 Wisdom). Those affected feel their steps grow heavier as they ap­proach the statue and have a soul-crushing certainty that the statue’s faceless gaze follows them around.

Within 20 feet of the statue, the characters and Sir Garret hear the telepathic call of the demonic entity that offers them the tools or power to achieve their goals. Any character can make a wish if they want to. This effect is as powerful as the wish spell but the demon is in com­plete control to decide how to ‘help’ or ‘aid’ the character. Ultimately, it is understood that the price for failure is the character’s soul, forever imprisoned in the trinkets. The GM should carefully decide how to fulfill the charac­ters’ requests to steer them in the right direction while keeping the possibility of their utter failure.

The mourning man requests the resurrection of his son. As it is in the demon’s power to grant this. The de­mon gifts the knight a necromancy-infused blade and asks him to exchange his son’s life for the characters’. In addition to the blade, the statue’s guardians emerge to help Sir Garret succeed. Two wraiths and six shadows materialize and attack. Remorseful, but determined, Sir Garret (knight) turns on the characters and charges!

Sir Garret accepted the demon’s evil offer as a last resort to bring his son back to life. For the demon, this is a win-win situation. The characters’ souls shall be free for the taking if the knight succeeds. If he fails, the de­mon keeps both the boy and his dad’s souls. And, in this scenario, the heroes could still want the devil’s bargain.

In case the characters succeed and defeat poor Sir Garret and the undead creatures, the knight’s soul is for­feit. Even if the characters spare his life and attempt to arrest him, the knight is still bound to the demon’s con­tract. After his defeat, Sir Garret’s soul is ripped from his body and stored in one of the obsidian trinkets.

Should Sir Garret prevail and defeat the characters with the demon’s aid, the characters’ souls are impris­oned in the trinkets forever. The demon is uncannily true to its word and brings young Dante back to life.

Features of the Forest

The Statue. The obsidian idol can be damaged and destroyed with weapons or tools. However, the magic stored in the trinkets is used to repair it each dawn. The statue cannot be destroyed before the trinkets.

Lights. Sunlight cannot pierce the necromancy aura in this part of the Shriveled Forest. Only the warm light that the obsidian trinkets produce can be seen in the shrine.

Reward. Sir Garret carries the 1,000 gp he promised to the characters as he truly intended to pay them. 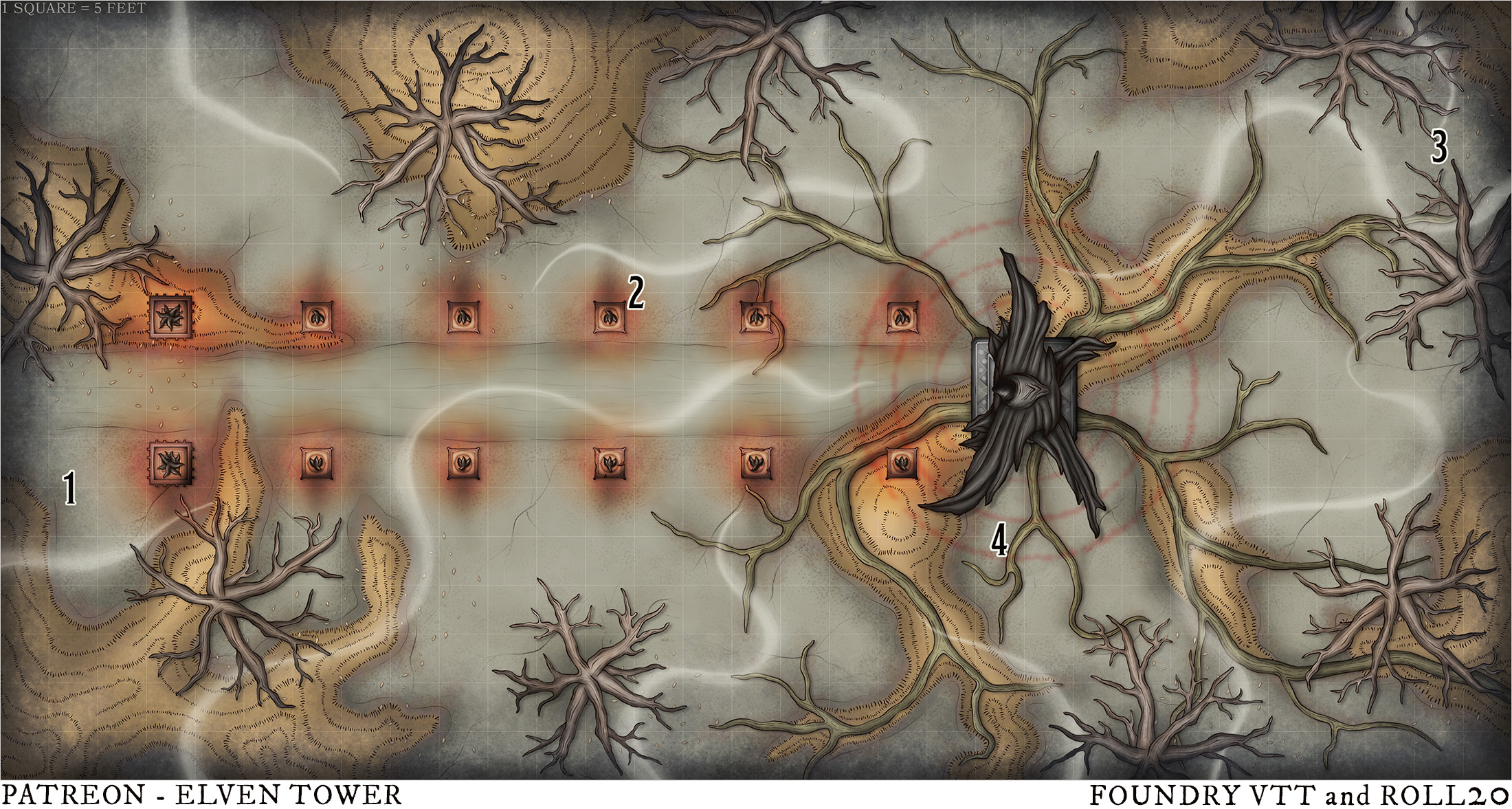