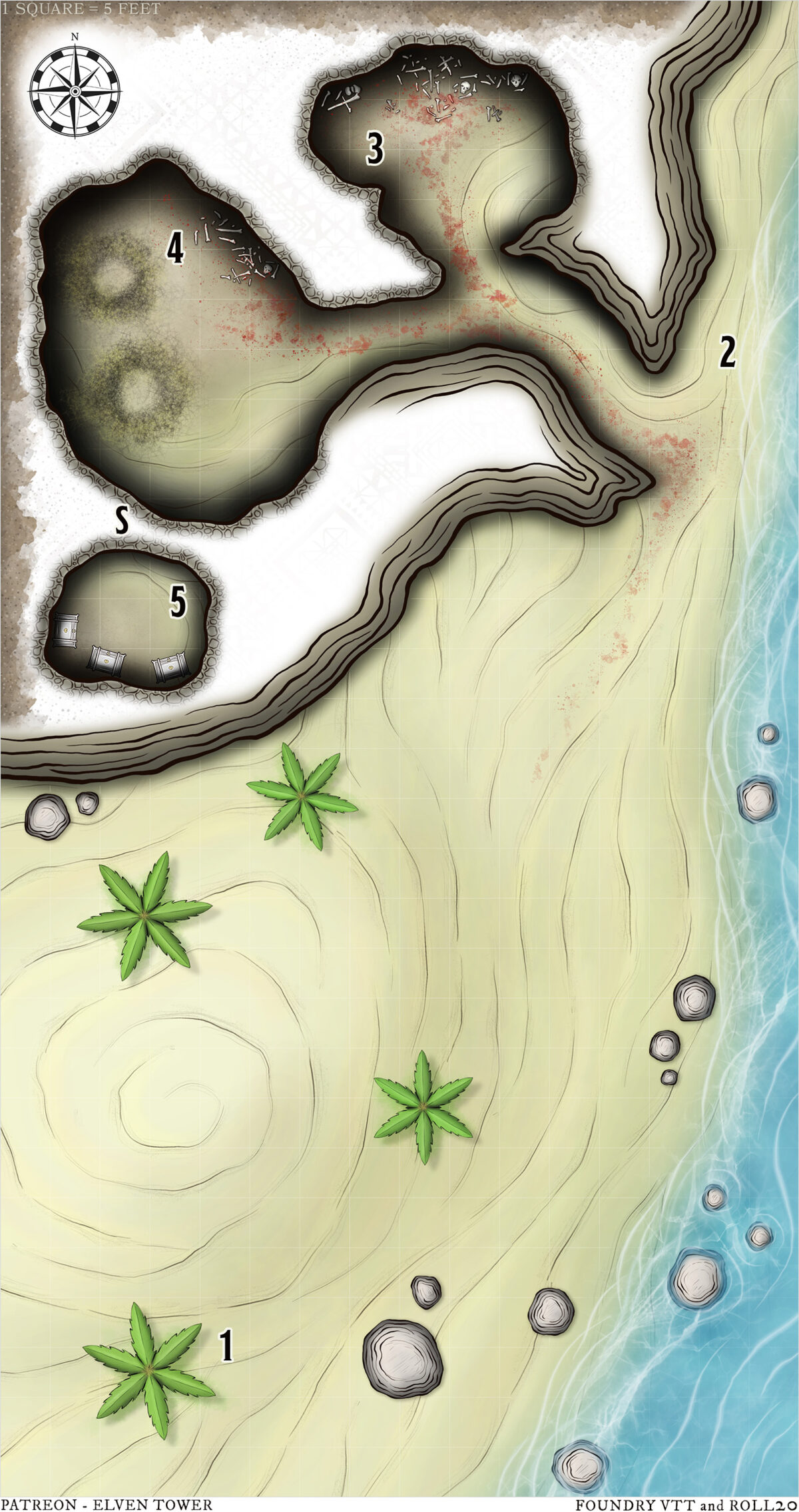 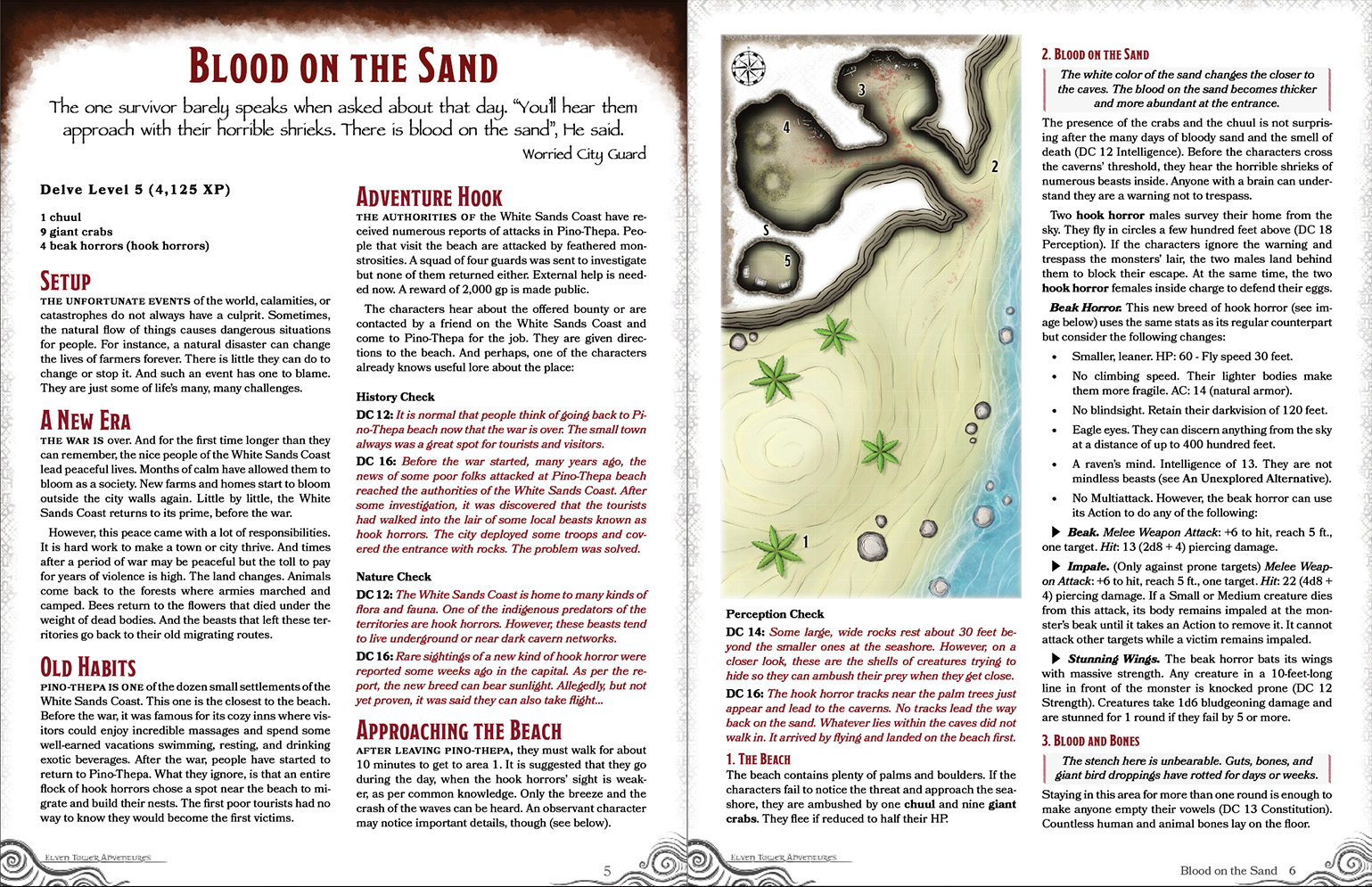 The one survivor barely speaks when asked about that day. “You’ll hear them approach with their horrible shrieks. There is blood on the sand”, He said.

The unfortunate events of the world, calamities, or catastrophes do not always have a culprit. Sometimes, the natural flow of things causes dangerous situations for people. For instance, a natural disaster can change the lives of farmers forever. There is little they can do to change or stop it. And such an event has no one to blame. They are just some of life’s many, many challenges.

The war is over. And for the first time longer than they can remember, the nice people of the White Sands Coast lead peaceful lives. Months of calm have allowed them to bloom as a society. New farms and homes start to bloom outside the city walls again. Little by little, the White Sands Coast returns to its prime, before the war.

However, this peace came with a lot of responsibilities. It is hard work to make a town or city thrive. And times after a period of war may be peaceful but the toll to pay for years of violence is high. The land changes. Animals come back to the forests where armies marched and camped. Bees return to the flowers that died under the weight of dead bodies. And the beasts that left these ter­ritories go back to their old migrating routes.

Pino-Thepa is one of the dozen small settlements of the White Sands Coast. This one is the closest to the beach. Before the war, it was famous for its cozy inns where vis­itors could enjoy incredible massages and spend some well-earned vacations swimming, resting, and drinking exotic beverages. After the war, people started to return to Pino-Thepa. What they ignore, is that an entire flock of hook horrors chose a spot near the beach to migrate and build their nests. The first poor tourists had no way to know they would become the first victims.

The authorities of the White Sands Coast have re­ceived numerous reports of attacks in Pino-Thepa. Peo­ple that visit the beach are attacked by feathered mon­strosities. A squad of four guards was sent to investigate but none of them returned either. External help is need­ed now. A reward of 2,000 gp is made public.

The characters hear about the offered bounty or are contacted by a friend on the White Sands Coast and come to Pino-Thepa for the job. They are given direc­tions to the beach. And perhaps, one of the characters already knows useful lore about the place:

DC 12: It is normal that people think of going back to Pi­no-Thepa beach now that the war is over. The small town always was a great spot for tourists and visitors.

DC 16: Before the war started, many years ago, the news of some poor folks attacked at Pino-Thepa beach reached the authorities of the White Sands Coast. After some investigation, it was discovered that the tourists had walked into the lair of some local beasts known as hook horrors. The city deployed some troops and cov­ered the entrance with rocks. The problem was solved.

DC 12: The White Sands Coast is home to many kinds of flora and fauna. One of the indigenous predators of the territories is hook horrors. However, these beasts tend to live underground or near dark cavern networks.

DC 16: Rare sightings of a new kind of hook horror were reported some weeks ago in the capital. As per the re­port, the new breed can bear sunlight. Allegedly, but not yet proven, it was said they can also take flight…

After leaving Pino-Thepa, they must walk for about 10 minutes to get to area 1. It is suggested that they go during the day, when the hook horrors’ sight is weak­er, as per common knowledge. Only the breeze and the crash of the waves can be heard. An observant character may notice important details, though (see below).

DC 14: Some large, wide rocks rest about 30 feet be­yond the smaller ones at the seashore. However, on a closer look, these are the shells of creatures trying to hide so they can ambush their prey when they get close.

DC 16: The hook horror tracks near the palm trees just appear and lead to the caverns. No tracks lead the way back on the sand. Whatever lies within the caves did not walk in. It arrived by flying and landed on the beach first.

The beach contains plenty of palms and boulders. If the characters fail to notice the threat and approach the sea­shore, they are ambushed by one chuul and nine giant crabs. They flee if reduced to half their HP.

2. Blood on the Sand

The white, shiny color of the sand changes closer to the caves. The blood on the sand becomes thicker and more abundant at the entrance.

The presence of the crabs and the chuul is not surpris­ing after the many days of bloody sand and the smell of death (DC 12 Intelligence). Before the characters cross the caverns’ threshold, they hear the horrible shrieks of numerous beasts inside. Anyone with a brain can under­stand they are a warning not to trespass.

Two hook horror males survey their home from the sky. They fly in circles a few hundred feet above (DC 18 Perception). If the characters ignore the warning and trespass the monsters’ lair, the two males land behind them to block their escape. At the same time, the two hook horror females inside charge to defend their eggs.

Beak Horror. This new breed of hook horror (see im­age below) uses the same stats as its regular counterpart but consider the following changes:

Impale. (Only against prone targets) Melee Weap­on Attack: +6 to hit, reach 5 ft., one target. Hit: 22 (4d8 + 4) piercing damage. If a Small or Medium creature dies from this attack, its body remains impaled at the mon­ster’s beak until it takes an Action to remove it. It cannot attack other targets while a victim remains impaled.

Stunning Wings. The beak horror bats its wings with massive strength. Any creature in a 10-feet-long line in front of the monster is knocked prone (DC 12 Strength). Creatures take 1d6 bludgeoning damage and are stunned for 1 round if they fail by 5 or more.

The stench here is unbearable. Guts, bones, and giant bird droppings have rotted for days or weeks.

Staying in this area for more than one round is enough to make anyone empty their vowels (DC 13 Constitution). Countless human and animal bones lay on the floor.

The blood trail continues to this area of the caverns. Two circles of sand covered with twigs, feathers, bones, and stones form weird-looking nests. Sever­al oversized eggs rest on their centers.

There are seven eggs divided among both nests. If any of the characters know about the topic, they notice the eggs are a few weeks away from eclosion. But they will surely not survive without their parents (DC 16 Nature).

Profit. One of the characters might know, thanks to their questionable connections, that hook horror eggs are a well-appreciated item in the black market of the capital. It is said that it is an ogre’s kitchen delicacy. Each egg may be sold for 500 gp each to the right buyer.

Pet. One of the characters could opt to raise one of the beak horrors as their exotic pet. This is not out of the scope of the adventure, but any details on the raising and training of the creature are up to the GM’s discretion.

A whole chamber hides beyond all the rocks and rubble. Three stone chests lie in the dark. They look as if they have not been touched in decades.

The characters only find this treasure if they notice the weak spot on the cavern’s wall (DC 16 Investigation).

Treasure. The characters stumble upon some forgot­ten pirate’s loot. There are two dozen bottles of rum (1,200 gp), a wooden box with several containers with rare spices (450 gp), and some worthless strange objects stored in flasks. There are a couple of leather bags of gold and some small precious stones (1,345 gp).

If no one approaches the seashore, the crabs wait for the heroes to fight the beak horrors, who often steal their food. They attack the heroes right after they defeat the feathered beasts, in case that happens. The beak horrors fight to the death defending their eggs, inside or outside the caverns. They won’t flee under any circumstances. This encounter may be avoided, though (see below).

If a druid, a ranger, a barbarian, or any character with a strong connection with nature is present, they may at­tempt to negotiate and speak with the beak horrors. The monsters do not speak but understand the Common lan­guage. They are intelligent enough to understand that humans won’t stop attacking until they leave. The beak horrors’ priority is their eggs’ safety so they accept to move their nests elsewhere and feed on animals only. The heroes get rid of the monsters without violence. 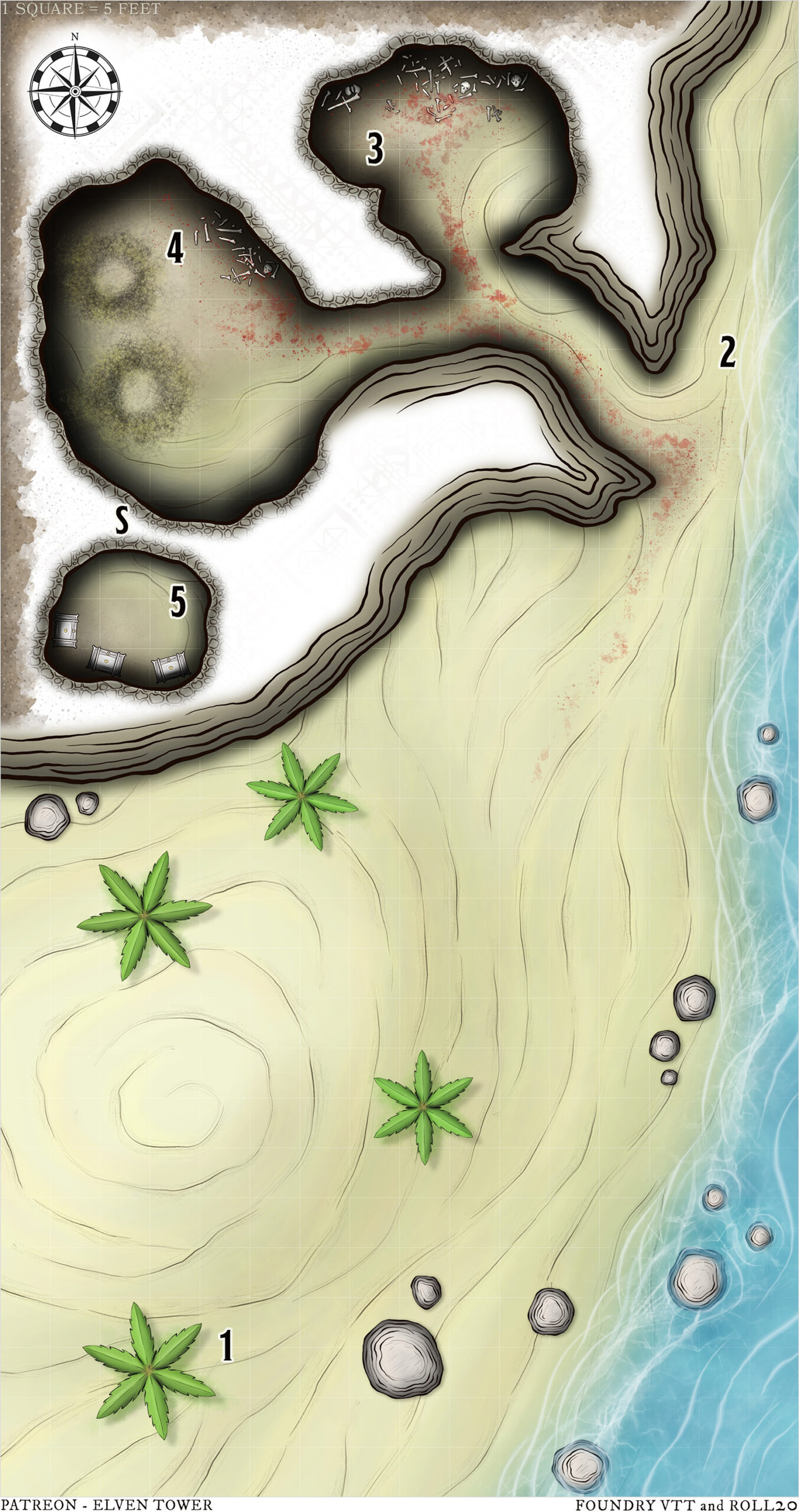