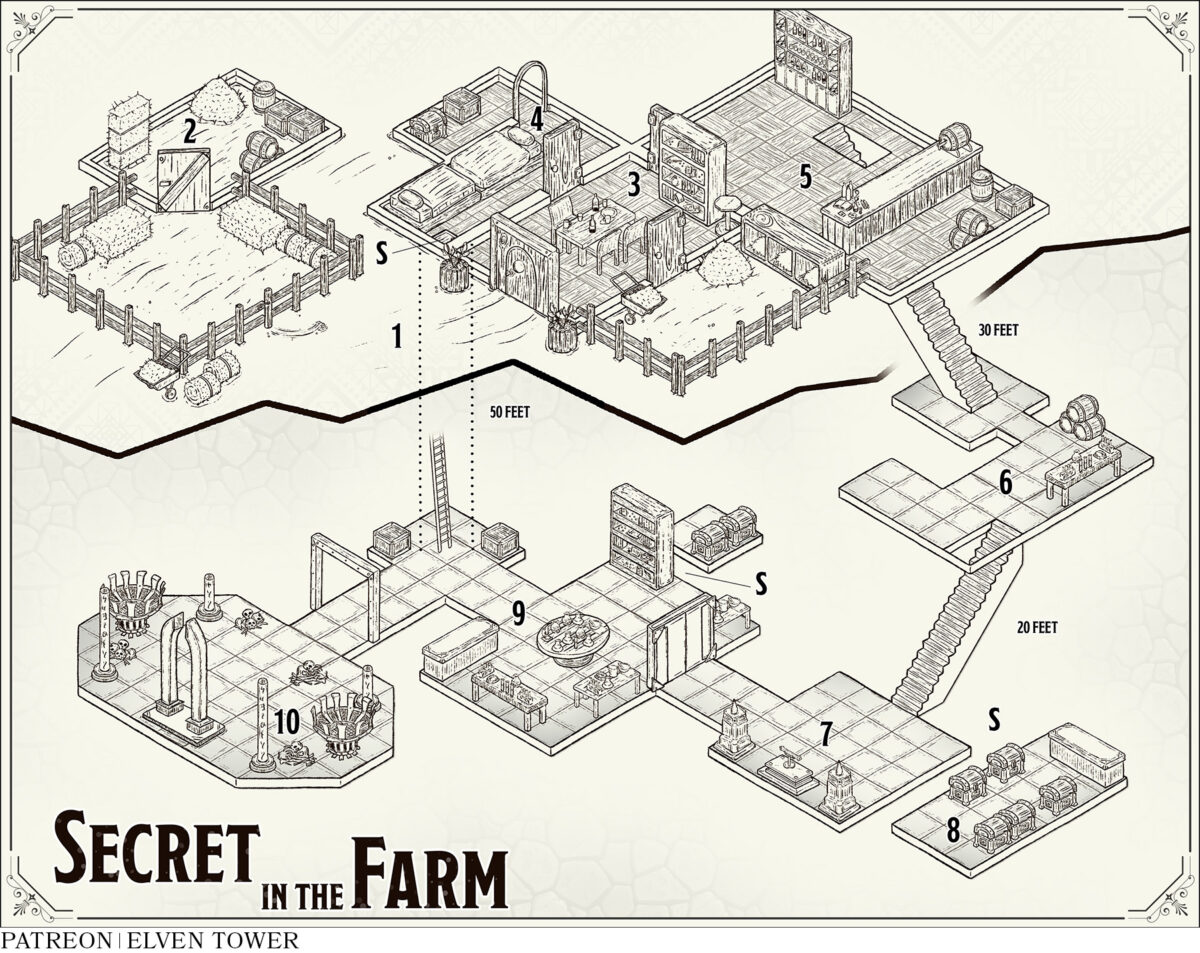 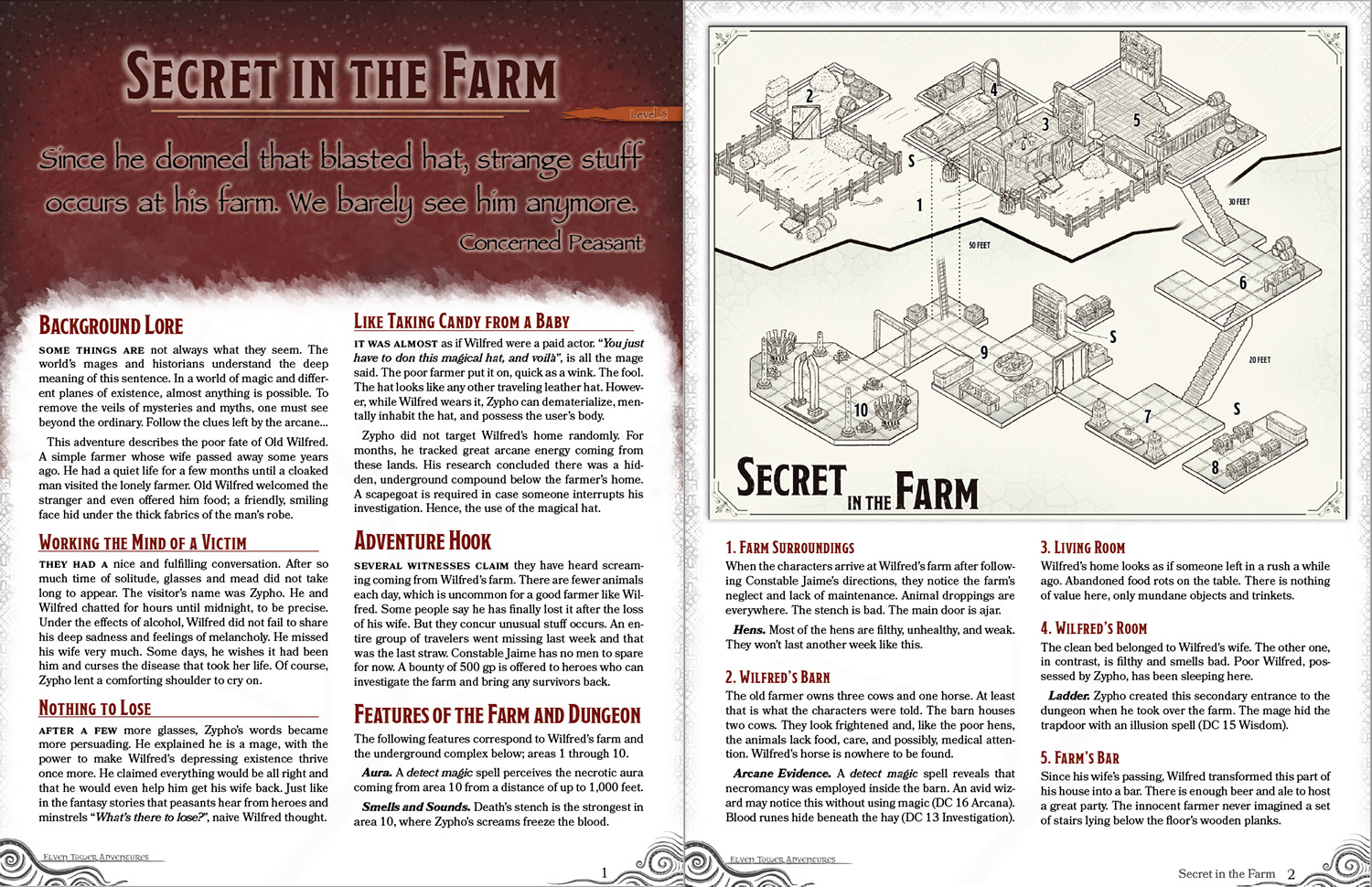 Since he donned that blasted hat, strange stuff occurs at his farm. We barely see him anymore.

Some things are not always what they seem. The world’s mages and historians understand the deep meaning of this sentence. In a world of magic and differ­ent planes of existence, almost anything is possible. To remove the veils of mysteries and myths, one must see beyond the ordinary. Follow the clues left by the arcane…

This adventure describes the poor fate of Old Wilfred. A simple farmer whose wife passed away some years ago. He had a quiet life for a few months until a cloaked man visited the lonely farmer. Old Wilfred welcomed the stranger and even offered him food; a friendly, smiling face hid under the thick fabrics of the man’s robe.

Working the Mind of a Victim

They had a nice and fulfilling conversation. After so much time of solitude, glasses and mead did not take long to appear. The visitor’s name was Zypho. He and Wilfred chatted for hours until midnight, to be precise. Under the effects of alcohol, Wilfred did not fail to share his deep sadness and feelings of melancholy. He missed his wife very much. Some days, he wishes it had been him and curses the disease that took her life. Of course, Zypho lent a comforting shoulder to cry on.

After a few more glasses, Zypho’s words became more persuading. He explained he is a mage, with the power to make Wilfred’s depressing existence thrive once more. He claimed everything would be all right and that he would even help him get his wife back. Just like in the fantasy stories that peasants hear from heroes and minstrels “What’s there to lose?”, naive Wilfred thought.

It was almost as if Wilfred were a paid actor. “You just have to don this magical hat, and voilà”, is all the mage said. The poor farmer put it on, quick as a wink. The fool. The hat looks like any other traveling leather hat. Howev­er, while Wilfred wears it, Zypho can dematerialize, men­tally inhabit the hat, and possess the user’s body.

Zypho did not target Wilfred’s home randomly. For months, he tracked great arcane energy coming from these lands. His research concluded there was a hid­den, underground compound below the farmer’s home. A scapegoat is required in case someone interrupts his investigation. Hence, the use of the magical hat.

Several witnesses claim they have heard scream­ing coming from Wilfred’s farm. There are fewer animals each day, which is uncommon for a good farmer like Wil­fred. Some people say he has finally lost it after the loss of his wife. But they concur unusual stuff occurs. An en­tire group of travelers went missing last week and that was the last straw. Constable Jaime has no men to spare for now. A bounty of 500 gp is offered to heroes who can investigate the farm and bring any survivors back.

Features of the Farm and Dungeon

The following features correspond to Wilfred’s farm and the underground complex below; areas 1 through 10.

Aura. A detect magic spell perceives the necrotic aura coming from area 10 from a distance of up to 1,000 feet.

Smells and Sounds. Death’s stench is the strongest in area 10, where Zypho’s screams freeze the blood.

When the characters arrive at Wilfred’s farm after follow­ing Constable Jaime’s directions, they notice the farm’s neglect and lack of maintenance. Animal droppings are everywhere. The stench is bad. The main door is ajar.

Hens. Most of the hens are filthy, unhealthy, and weak. They won’t last another week like this.

The old farmer owns three cows and one horse. At least that is what the characters were told. The barn houses two cows. They look frightened and, like the poor hens, the animals lack food, care, and possibly, medical atten­tion. Wilfred’s horse is nowhere to be found.

Arcane Evidence. A detect magic spell reveals that necromancy was employed inside the barn. An avid wiz­ard may notice this without using magic (DC 16 Arcana). Blood runes hide beneath the hay (DC 13 Investigation).

Wilfred’s home looks as if someone left in a rush a while ago. Abandoned food rots on the table. There is nothing of value here, only mundane objects and trinkets.

The clean bed belonged to Wilfred’s wife. The other one, in contrast, is filthy and smells bad. Poor Wilfred, pos­sessed by Zypho, has been sleeping here.

Ladder. Zypho created this secondary entrance to the dungeon when he took over the farm. The mage hid the trapdoor with an illusion spell (DC 15 Wisdom).

Since his wife’s passing, Wilfred transformed this part of his house into a bar. There is enough beer and ale to host a great party. The innocent farmer never imagined a set of stairs lying below the floor’s wooden planks.

The underground compound is covered by a fine layer of dust that only Zypho’s footsteps have disturbed in a long time. The dungeon walls and flooring appear to be of re­cent construction but nothing betrays their origin.

An illusion spell makes this chamber look square (DC 15 Wisdom) hiding the door and corridor that lead to area 9. The room is guarded by a flesh golem. It screams “Why did you do this to me!?” before charging. It fights until slain. The illusion fades after the golem is defeated.

Scroll. The pedestal contains what seems a spell scroll of protection from evil and good. It is a trap. When used, a confusion spell is cast, centered on the caster.

Potions. Two potions of poison are hidden behind the seemingly harmless flasks of red ink on the plinths.

A secret switch behind a pedestal in area 7 causes a wall to move and reveal a passage here (DC 16 Investigation).

Trap. One of the ornate chests has a needle trap. The creature that opens it takes 4d6 poison damage and be­comes poisoned for one hour (DC 16 Constitution).

Treasure. The other chests contain 1,500 gp worth of expensive fabrics, silverware, and varied coinage.

Equipment, ingredients, and laboratory accouterment litter the room. A mage may spend 10 minutes searching the place to gather 500 gp worth of arcane components.

Vault. The treasure vault hides beyond a secret door behind the shelf (DC 18 Investigation). The chests con­tain 1,000 gp, a +1 shortsword , and a wand of secrets.

When the characters get here, they see Zypho is com­pletely out of his mind. Viscera and guts hang from his shoulders while he flails his nude torso with a chicken corpse. It is too late to save any of the missing people. Bones and skulls lie scattered all around, mixed with feathers, blood, and geometrically-arranged entrails.

Zypho (mage) controls Wilfred’s body through the hat. He summons two ghasts and four zombies to aid him in combat. When reduced to half his hit points, Zypho fights against the hat, manages to remove it, and says “By the gods! Stop this madness, you need to…”. He interrupts himself, stops talking, and then dons the hat once more.

The Root of All Evil

If Wilfred dies in combat Zypho does too. In the end, he was also a victim, controlled by the hat (see below).

Casting protection from good and evil on the hat frees Wilfred and Zypho from its nefarious influence for one hour. Wilfred is free and Zypho’s body reappears beside him. The farmer remembers nothing. The mage recalls finding hat months ago in a crypt. He didn’t know it was cursed. He is aware of the terrible crimes committed.

Touching the hat triggers direct communication with its creator. A diabolical voice persuades mortal minds and compels them to obey (DC 20 Charisma). Those af­fected must create a portal to allow the demon to cross worlds. The consequences of failing this save, or any quest to destroy the hat, are adventures for another day… 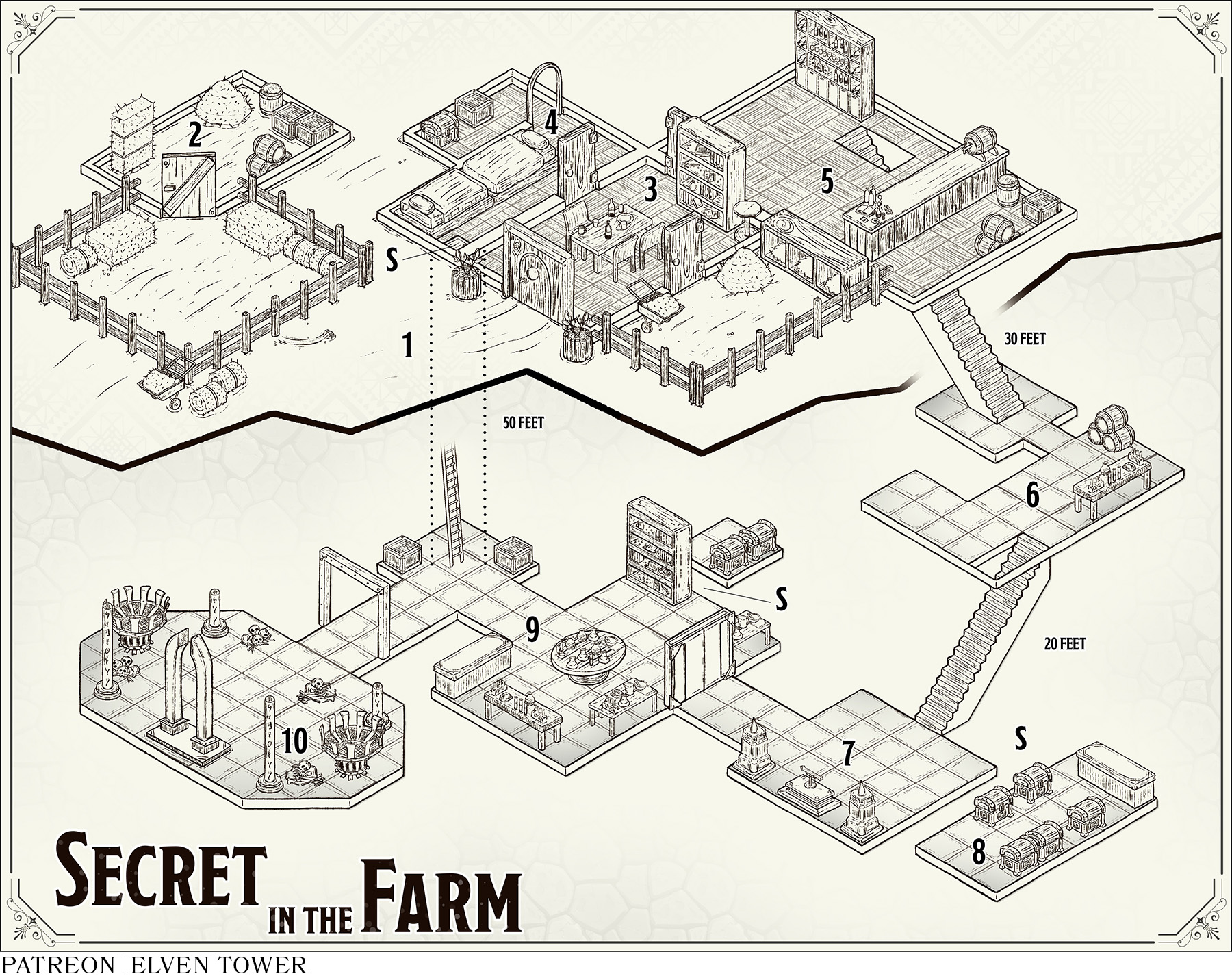