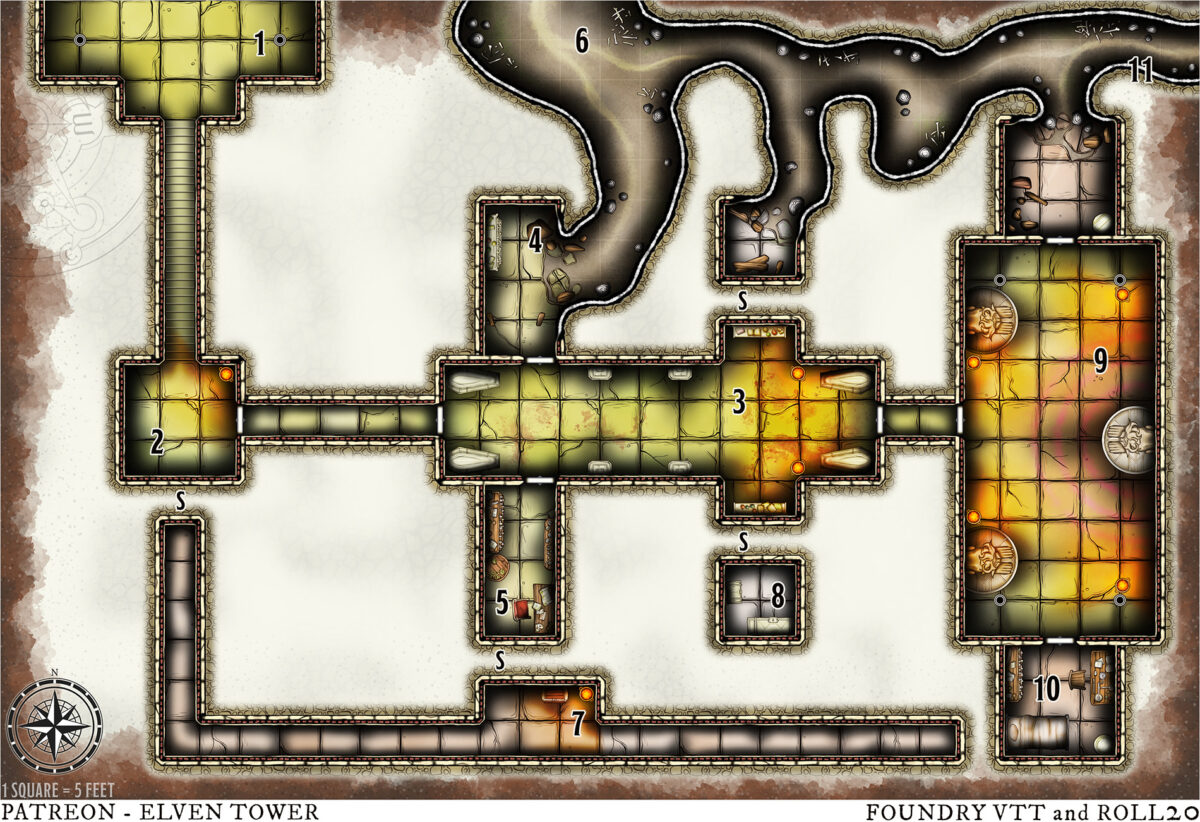 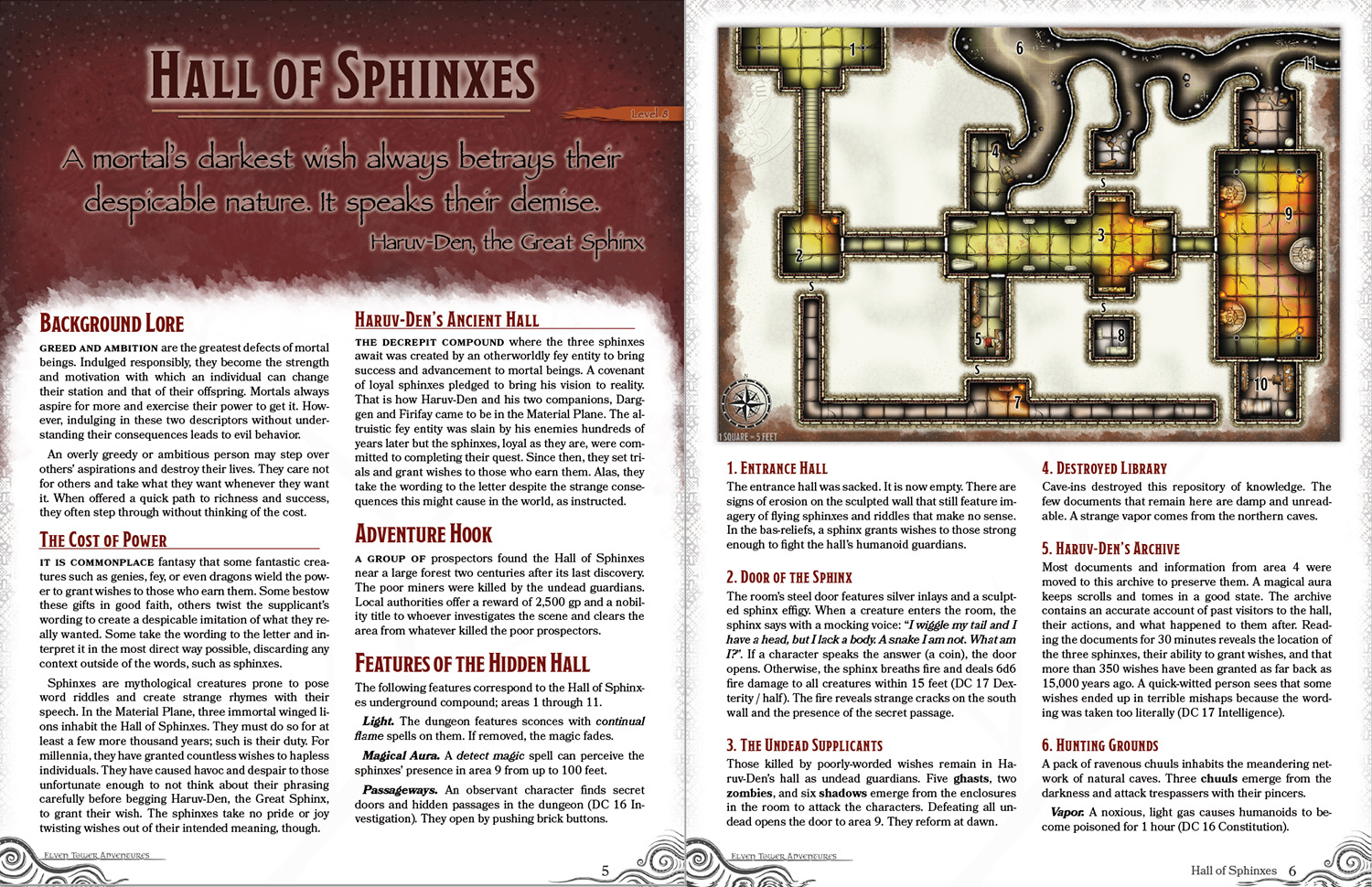 A mortal’s darkest wish always betrays their despicable nature. It speaks their demise.

Greed and ambition are the greatest defects of mortal beings. Indulged responsibly, they become the strength and motivation with which an individual can change their station and that of their offspring. Mortals always aspire for more and exercise their power to get it. How­ever, indulging in these two descriptors without under­standing their consequences leads to evil behavior.

An overly greedy or ambitious person may step over others’ aspirations and destroy their lives. They care not for others and take what they want whenever they want it. When offered a quick path to richness and success, they often step through without thinking of the cost.

The Cost of Power

It is commonplace fantasy that some fantastic crea­tures such as genies, fey, or even dragons wield the pow­er to grant wishes to those who earn them. Some bestow these gifts in good faith, others twist the supplicant’s wording to create a despicable imitation of what they re­ally wanted. Some take the wording to the letter and in­terpret it in the most direct way possible, discarding any context outside of the words, such as sphinxes.

Sphinxes are mythological creatures prone to pose word riddles and create strange rhymes with their speech. In the Material Plane, three immortal winged li­ons inhabit the Hall of Sphinxes. They must do so for at least a few more thousand years; such is their duty. For millennia, they have granted countless wishes to hapless individuals. They have caused havoc and despair to those unfortunate enough to not think about their phrasing carefully before begging Haruv-Den, the Great Sphinx, to grant their wish. The sphinxes take no pride or joy twisting wishes out of their intended meaning, though.

The decrepit compound where the three sphinxes await was created by an otherworldly fey entity to bring success and advancement to mortal beings. A covenant of loyal sphinxes pledged to bring his vision to reality. That is how Haruv-Den and his two companions, Darg­gen and Firifay came to be in the Material Plane. The al­truistic fey entity was slain by his enemies hundreds of years later but the sphinxes, loyal as they are, were com­mitted to completing their quest. Since then, they set tri­als and grant wishes to those who earn them. Alas, they take the wording to the letter despite the strange conse­quences this might cause in the world, as instructed.

A group of prospectors found the Hall of Sphinxes near a large forest two centuries after its last discovery. The poor miners were killed by the undead guardians. Local authorities offer a reward of 2,500 gp and a nobil­ity title to whoever investigates the scene and clears the area from whatever killed the poor prospectors.

Features of the Hidden Hall

The following features correspond to the Hall of Sphinx­es underground compound; areas 1 through 11.

Magical Aura. A detect magic spell can perceive the sphinxes’ presence in area 9 from up to 100 feet.

The entrance hall was sacked. It is now empty. There are signs of erosion on the sculpted wall that still feature im­agery of flying sphinxes and riddles that make no sense. In the bas-reliefs, a sphinx grants wishes to those strong enough to fight the hall’s humanoid guardians.

2. Door of the Sphinx

The room’s steel door features silver inlays and a sculpt­ed sphinx effigy. When a creature enters the room, the sphinx says with a mocking voice: “I wiggle my tail and I have a head, but I lack a body. A snake I am not. What am I?”. If a character speaks the answer (a coin), the door opens. Otherwise, the sphinx breaths fire and deals 6d6 fire damage to all creatures within 15 feet (DC 17 Dex­terity / half). The fire reveals strange cracks on the south wall and the presence of the secret passage.

Those killed by poorly-worded wishes remain in Ha­ruv-Den’s hall as undead guardians. Five ghasts, two zombies, and six shadows emerge from the enclosures in the room to attack the characters. Defeating all un­dead opens the door to area 9. They reform at dawn.

Cave-ins destroyed this repository of knowledge. The few documents that remain here are damp and unread­able. A strange vapor comes from the northern caves.

Most documents and information from area 4 were moved to this archive to preserve them. A magical aura keeps scrolls and tomes in a good state. The archive contains an accurate account of past visitors to the hall, their actions, and what happened to them after. Read­ing the documents for 30 minutes reveals the location of the three sphinxes, their ability to grant wishes, and that more than 350 wishes have been granted as far back as 15,000 years ago. A quick-witted person sees that some wishes ended up in terrible mishaps because the word­ing was taken too literally (DC 17 Intelligence).

A pack of ravenous chuuls inhabits the meandering net­work of natural caves. Three chuuls emerge from the darkness and attack trespassers with their pincers.

This large secret hallway connects areas 2, 5, and 10 and serves as a way to bypass the trap in area 2 and the undead in area 3. The chest close to the secret passage to area 5 features a sphinx-shaped lock. It speaks a rid­dle: “What rooms can’t you enter?” If a character speaks the answer (mushrooms), the chest opens. Otherwise, the sphinx-lock explodes and deals 4d6 thunder damage to all creatures within 15 feet (DC 17 Dexterity / half).

The ancient vault contains two stone coffers. They are engraved with runes and imagery of sphinxes.

The three sphinxes, Haruv-Den (androsphinx), Darg­gen and Firifay (gynosphinxes), and an elf await in this chamber. They welcome the characters to the hall. If the characters approach from area 10, before defeating the undead in area 3, Haruv-Den announces that they are not worthy of being granted a wish. They must return and defeat the undead. Otherwise, they can play the rid­dle game. If they guess all three, defeating the undead guardians is not necessary to be granted a wish.

The sphinxes relish the opportunity to use their rid­dles with visitors. Each sphinx poses a riddle while Agadamon, the elf clerk, keeps a record of the characters’ right and wrong answers.

Haruv-Den. What pine has the longest and sharpest needles? (The porcupine)

Darggen. What turns everything around but does not ever move? (A mirror)

Firifay. A long snake with a stinging bite, I stay coiled up unless I must fight. (A whip).

Agadamon’s quarters have nothing of value. He helps the sphinxes keep the archives up to date in exchange for knowledge. He teleports in once a month.

The uncharted cavern network is the home of chuuls, troglodytes, and other underground denizens. The cav­erns slant downward into the veins of the earth.

Should the characters antagonize the mellow sphinxes, Haruv-Den warns them once that their pres­ence here conforms to an ancient commitment to help the mortals. However, he shall not suffer fools. If the characters insist, the three sphinxes fight mercilessly.

Haruv-Den can cast a wish spell once per year. He con­siders the characters as a single entity. The sphinx re­fuses to elaborate on any limits or rules for this offering. Each character has a single chance to announce their wish. Haruv-Den is not evil and does not purposely twist the meaning of a wish to cause unintended results. His work is to interpret the wish exactly as it has been asked. Often, greed and ambition cause a person to be precip­itous and make a mistake. It is the sphinx’s re­sponsibility to bring palpable consequenc­es for such mistakes. The GM is the sole judge of the results of the characters’ ill-prepared, badly-worded wishes.