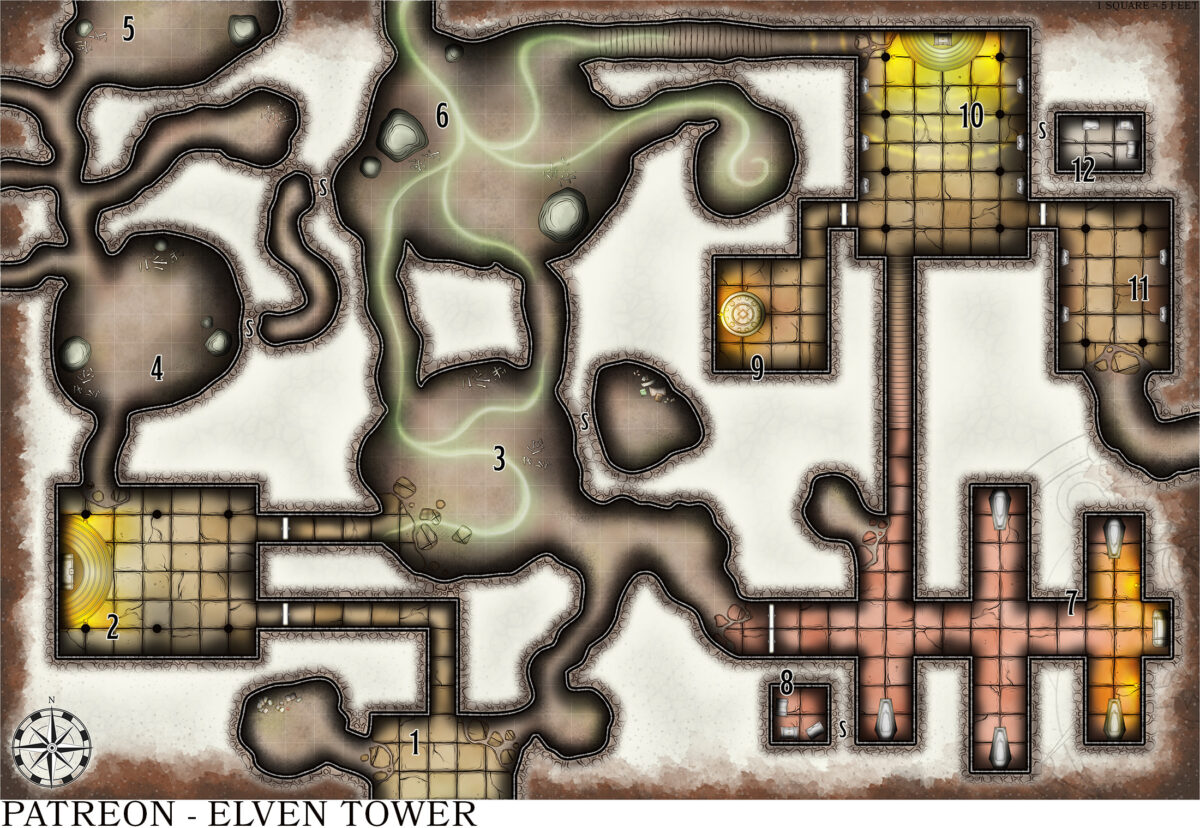 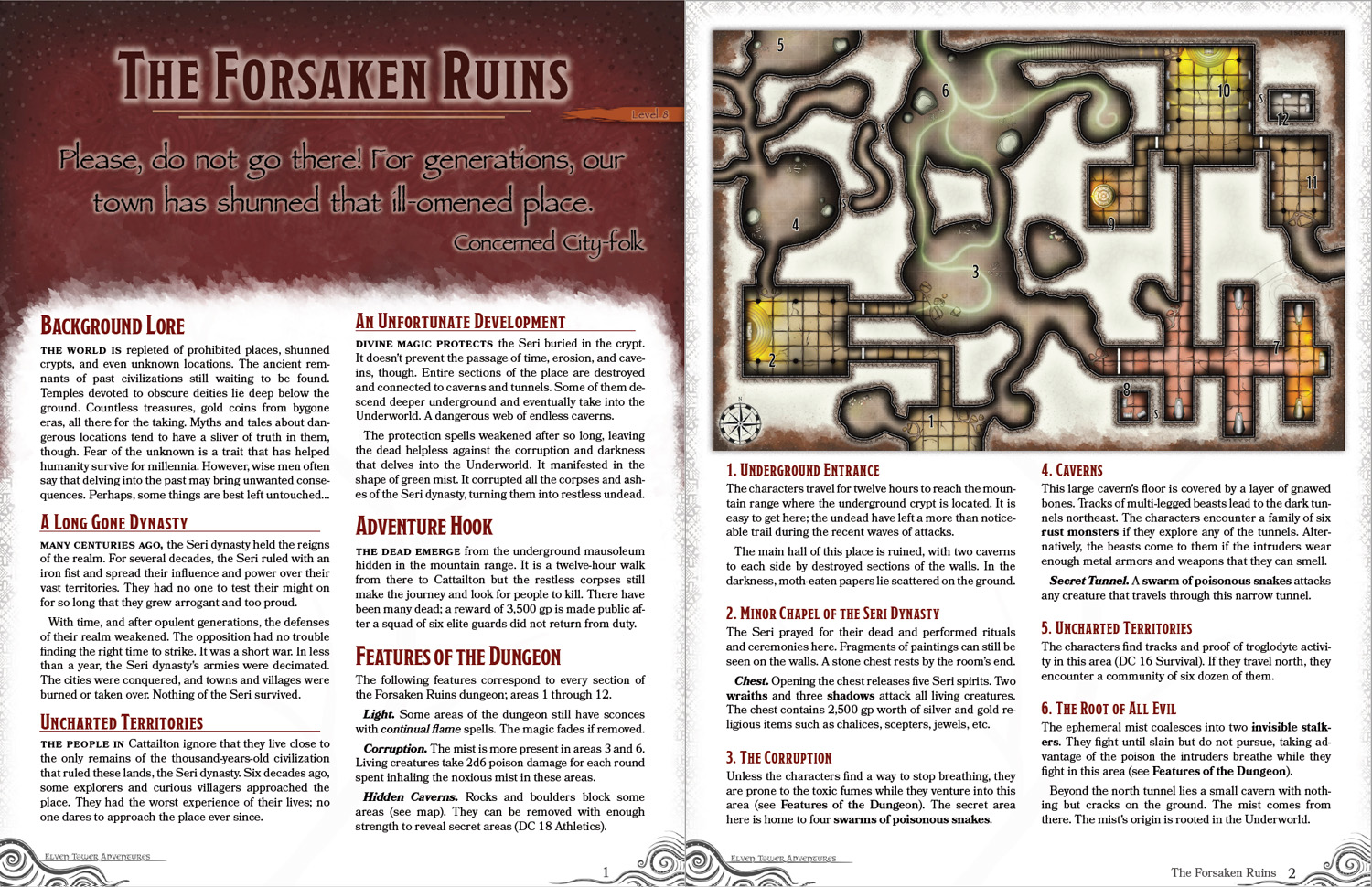 Please, do not go there! For generations, our town has shunned that ill-omened place.

The world is repleted of prohibited places, shunned crypts, and even unknown locations. The ancient rem­nants of past civilizations still waiting to be found. Temples devoted to obscure deities lie deep below the ground. Countless treasures, gold coins from bygone eras, all there for the taking. Myths and tales about dan­gerous locations tend to have a sliver of truth in them, though. Fear of the unknown is a trait that has helped humanity survive for millennia. However, wise men often say that delving into the past may bring unwanted conse­quences. Perhaps, some things are best left untouched…

Many centuries ago, the Seri dynasty held the reigns of the realm. For several decades, the Seri ruled with an iron fist and spread their influence and power over their vast territories. They had no one to test their might on for so long that they grew arrogant and too proud.

With time, and after opulent generations, the defenses of their realm weakened. The opposition had no trouble finding the right time to strike. It was a short war. In less than a year, the Seri dynasty’s armies were decimated. The cities were conquered, and towns and villages were burned or taken over. Nothing of the Seri survived.

The people in Cattailton ignore that they live close to the only remains of the thousand-years-old civilization that ruled these lands, the Seri dynasty. Six decades ago, some explorers and curious villagers approached the place. They had the worst experience of their lives; no one dares to approach the place ever since.

Divine magic protects the Seri buried in the crypt. It doesn’t prevent the passage of time, erosion, and cave-ins, though. Entire sections of the place are destroyed and connected to caverns and tunnels. Some of them de­scend deeper underground and eventually take into the Underworld. A dangerous web of endless caverns.

The protection spells weakened after so long, leaving the dead helpless against the corruption and darkness that delves into the Underworld. It manifested in the shape of green mist. It corrupted all the corpses and ash­es of the Seri dynasty, turning them into restless undead.

The dead emerge from the underground mausoleum hidden in the mountain range. It is a twelve-hour walk from there to Cattailton but the restless corpses still make the journey and look for people to kill. There have been many dead; a reward of 3,500 gp is made public af­ter a squad of six elite guards did not return from duty.

The following features correspond to every section of the Forsaken Ruins dungeon; areas 1 through 12.

Light. Some areas of the dungeon still have sconces with continual flame spells. The magic fades if removed.

Corruption. The mist is more present in areas 3 and 6. Living creatures take 2d6 poison damage for each round spent inhaling the noxious mist in these areas.

Hidden Caverns. Rocks and boulders block some areas (see map). They can be removed with enough strength to reveal secret areas (DC 18 Athletics).

The characters travel for twelve hours to reach the moun­tain range where the underground crypt is located. It is easy to get here; the undead have left a more than notice­able trail during the recent waves of attacks.

The main hall of this place is ruined, with two caverns to each side by destroyed sections of the walls. In the darkness, moth-eaten papers lie scattered on the ground.

2. Minor Chapel of the Seri Dynasty

The Seri prayed for their dead and performed rituals and ceremonies here. Fragments of paintings can still be seen on the walls. A stone chest rests by the room’s end.

Unless the characters find a way to stop breathing, they are prone to the toxic fumes while they venture into this area (see Features of the Dungeon). The secret area here is home to four swarms of poisonous snakes.

This large cavern’s floor is covered by a layer of gnawed bones. Tracks of multi-legged beasts lead to the dark tun­nels northeast. The characters encounter a family of six rust monsters if they explore any of the tunnels. Alter­natively, the beasts come to them if the intruders wear enough metal armors and weapons that they can smell.

Secret Tunnel. A swarm of poisonous snakes attacks any creature that travels through this narrow tunnel.

The characters find tracks and proof of troglodyte activi­ty in this area (DC 16 Survival). If they travel north, they encounter a community of six dozen of them.

The ephemeral mist coalesces into two invisible stalk­ers. They fight until slain but do not pursue, taking ad­vantage of the poison the intruders breathe while they fight in this area (see Features of the Dungeon).

Beyond the north tunnel lies a small cavern with noth­ing but cracks on the ground. The mist comes from there. The mist’s origin is rooted in the Underworld.

This area of the Seri mausoleum is almost intact. Five stone sarcophagi rest against the walls in each of the al­coves of the 10-feet-wide corridor. A stone container lies by the end of the east wall. The moment the characters cross the double gates, one wraith and four wights rise to stop their advances. The undead fight until slain.

The characters may find this area after they defeat all en­emies. An observant character notices the hidden lever behind the first sarcophagi (DC 18 Investigation).

Treasure. The chests contain a collection of silver jew­elry, two royal silk cloaks, high-quality linens, and several leather bags with coins. The lot is worth 4,782 gp.

The magical guards are gone after so much time and the corruption within the crypt at the moment. A priest or cleric can cleanse this place once more (DC 14 Religion).

Cleaning Ritual. A cleric must stand at the center of the circle for 10 minutes and cast a protection from evil and good spell. This reinvigorates the divine protection spells that the Seri placed long ago (see Development).

10. Grand Chapel of the Seri Dynasty

Stone niches containing the ashes of many people rest by the walls, beside faded frescoes of the Seri dynasty.

Chest. Three wraiths coalesce from the remains of the many Seri here to protect the chest. It contains Seri heir­looms: a silver longsword +2 with a golden hilt.

Four merciless shadows attack trespassers unless they have already restored the protection aura in area 9. The east tunnel leads to a dead-end cavern.

The characters may find this area after they defeat all enemies. An observant character notices a niche can be slid aside to reveal a passage (DC 18 Investigation).

Treasure. The documents, scrolls, books, and diaries here belonged to the Seri dynasty. They are priceless findings for historians and sages. They are worth a king­ly fortune. However, the ghost of one of the Seri leaders has something to say to the characters that came here.

The ghost of Artemius Seri begs the characters to take any treasure they wish except for the documents in area 12. He warns the intruders that the Seri would rather re­main forgotten than be remembered for their lack of wis­dom. He will do what it takes to protect their lore.

If the characters accept, they can leave in peace. Cat­tailton people will be glad to know all is over. However, if the characters’ greed gets the best of them and they re­fuse, Artemius’s ghost goes mad and destroys the magic circle in area 9 by sacrificing his soul. This not only un­does the characters’ work, but the whole Seri ruins col­lapse. They have a few minutes to leave or die buried. 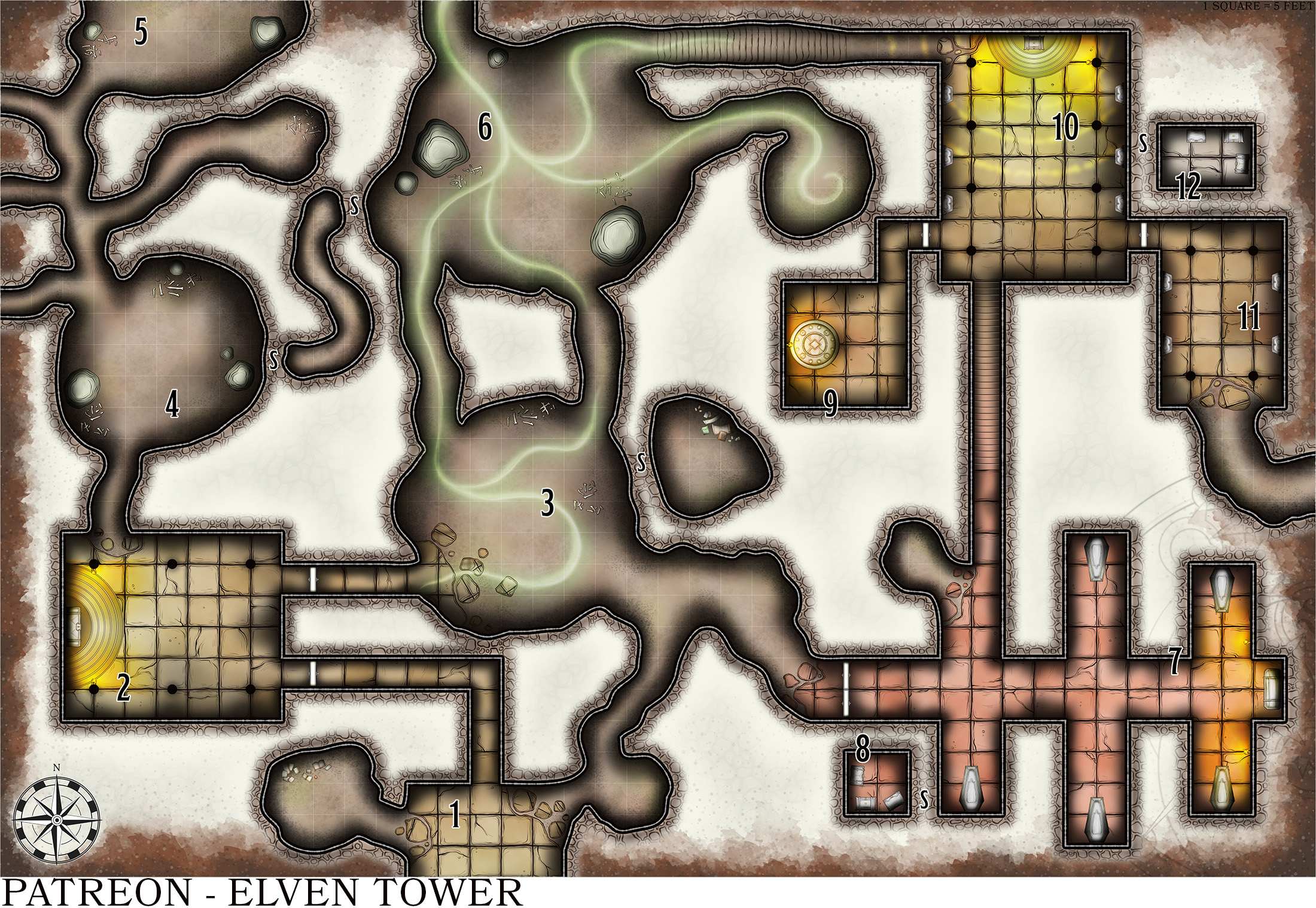