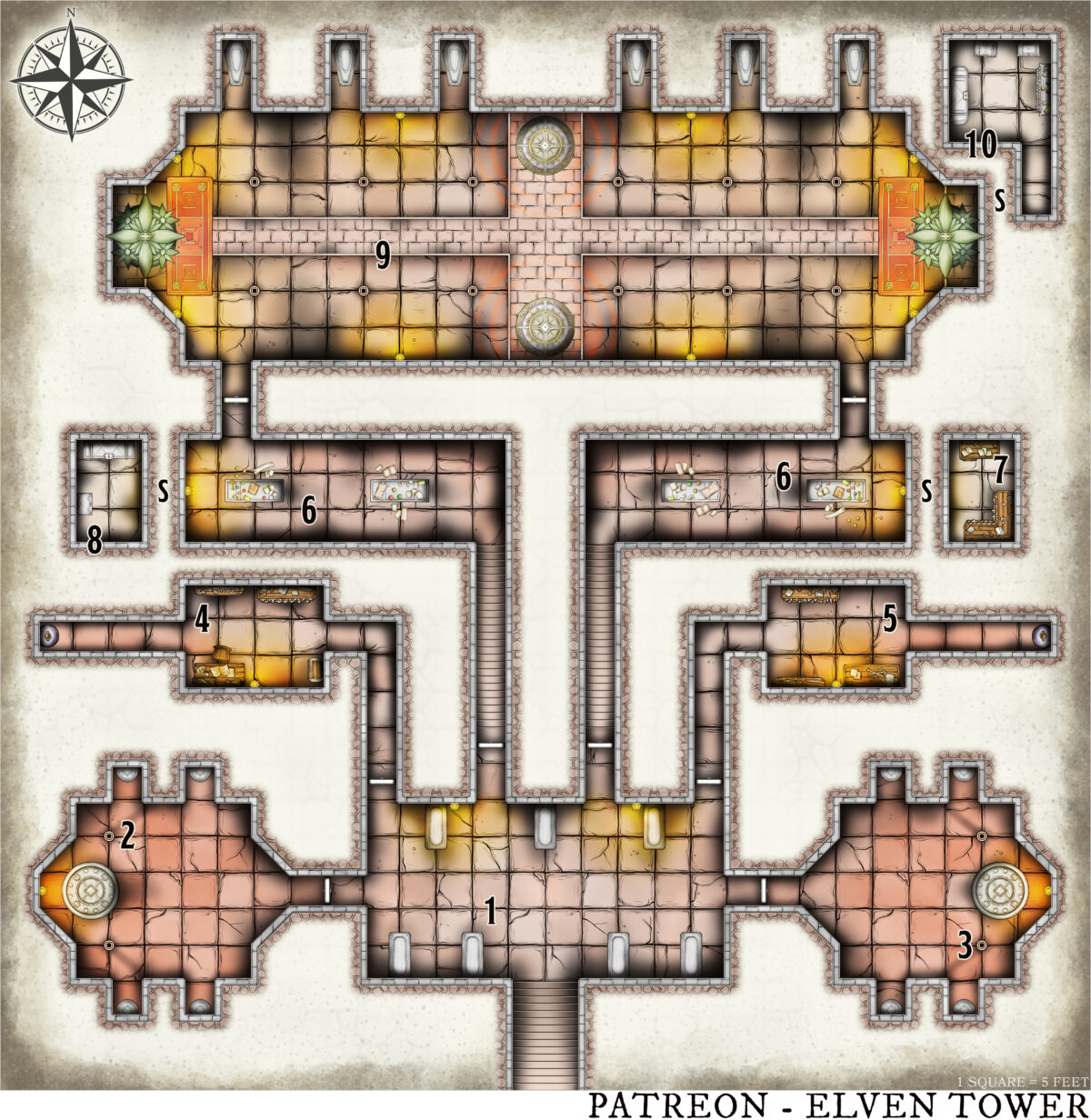 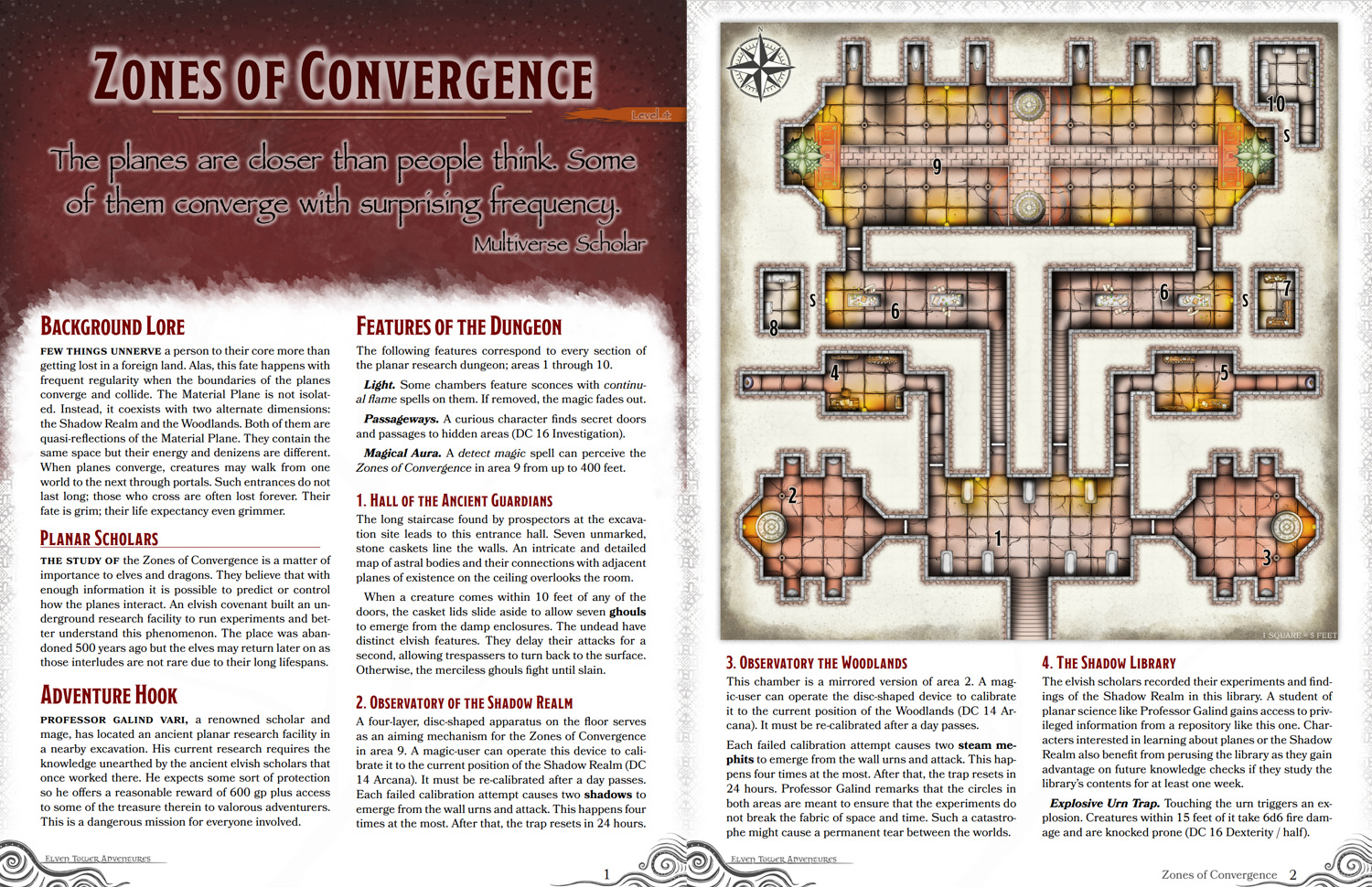 The planes are closer than people think. Some of them converge with surprising frequency.

Few things unnerve a person to their core more than getting lost in a foreign land. Alas, this fate happens with frequent regularity when the boundaries of the planes converge and collide. The Material Plane is not isolat­ed. Instead, it coexists with two alternate dimensions: the Shadow Realm and the Woodlands. Both of them are quasi-reflections of the Material Plane. They contain the same space but their energy and denizens are different. When planes converge, creatures may walk from one world to the next through portals. Such entrances do not last long; those who cross are often lost forever. Their fate is grim; their life expectancy even grimmer.

The study of the Zones of Convergence is a matter of importance to elves and dragons. They believe that with enough information it is possible to predict or control how the planes interact. An elvish covenant built an un­derground research facility to run experiments and bet­ter understand this phenomenon. The place was aban­doned 500 years ago but the elves may return later on as those interludes are not rare due to their long lifespans.

Professor Galind Vari, a renowned scholar and mage, has located an ancient planar research facility in a nearby excavation. His current research requires the knowledge unearthed by the ancient elvish scholars that once worked there. He expects some sort of protection so he offers a reasonable reward of 600 gp plus access to some of the treasure therein to valorous adventurers. This is a dangerous mission for everyone involved.

The following features correspond to every section of the planar research dungeon; areas 1 through 10.

Light. Some chambers feature sconces with continu­al flame spells on them. If removed, the magic fades out.

Magical Aura. A detect magic spell can perceive the Zones of Convergence in area 9 from up to 400 feet.

1. Hall of the Ancient Guardians

The long staircase found by prospectors at the excava­tion site leads to this entrance hall. Seven unmarked, stone caskets line the walls. An intricate and detailed map of astral bodies and their connections with adjacent planes of existence on the ceiling overlooks the room.

When a creature comes within 10 feet of any of the doors, the casket lids slide aside to allow seven ghouls to emerge from the damp enclosures. The undead have distinct elvish features. They delay their attacks for a second, allowing trespassers to turn back to the surface. Otherwise, the merciless ghouls fight until slain.

2. Observatory of the Shadow Realm

A four-layer, disc-shaped apparatus on the floor serves as an aiming mechanism for the Zones of Convergence in area 9. A magic-user can operate this device to cali­brate it to the current position of the Shadow Realm (DC 14 Arcana). It must be re-calibrated after a day passes. Each failed calibration attempt causes two shadows to emerge from the wall urns and attack. This happens four times at the most. After that, the trap resets in 24 hours.

This chamber is a mirrored version of area 2. A mag­ic-user can operate the disc-shaped device to calibrate it to the current position of the Woodlands (DC 14 Ar­cana). It must be re-calibrated after a day passes.

Each failed calibration attempt causes two steam me­phits to emerge from the wall urns and attack. This hap­pens four times at the most. After that, the trap resets in 24 hours. Professor Galind remarks that the circles in both areas are meant to ensure that the experiments do not break the fabric of space and time. Such a catastro­phe might cause a permanent tear between the worlds.

The elvish scholars recorded their experiments and find­ings of the Shadow Realm in this library. A student of planar science like Professor Galind gains access to priv­ileged information from a repository like this one. Char­acters interested in learning about planes or the Shadow Realm also benefit from perusing the library as they gain advantage on future knowledge checks if they study the library’s contents for at least one week.

Explosive Urn Trap. Touching the urn triggers an ex­plosion. Creatures within 15 feet of it take 6d6 fire dam­age and are knocked prone (DC 16 Dexterity / half).

The elvish scholars recorded their experiments and find­ings of the Woodlands in this library. Professor Galind remarks that he is far more interested in the Shadow Realm. Characters can peruse the library for a week to gain benefits similar to the ones described in area 4, about the Woodlands. They also learn the command word for the Zones of Convergence in area 9.

Convergence Trap. Touching the urn triggers an en­capsulated Zone of Convergence. Creatures within 10 feet of it are sent to a random spot on the Woodlands (DC 13 Wisdom). There is no way to undo this.

The rooms contain metal desks littered with scrolls and papers, schematics on the walls, and diagrams on the ceiling. Each of the research rooms is guarded by two animated armors. They only allow elves into the room.

This is an extension of the research room containing the latest findings. Reading the documents for 10 minutes reveals that the elvish researchers returned to the Wood­lands to aid their kin in an eons-old war against an ele­mental overlord that threatens to annex their lands.

Rows of pillars flank the central path that leads to grandiose flowery sculptures on either side of this chamber. Two magical circles near the center glow and produce visible light waves. The inscriptions on them are of unparalleled quality and craftsmanship.

This large hall was made to conduct magical experi­ments with the fabric of the planes. The circles near the center are attuned to the Shadow Realm and the Wood­lands respectively. If the observatory disks in areas 2 and 3 are calibrated correctly, the circles can be operated by any mage with an Arcana check in the following manner:

Planar Window (DC 14). An aperture over the circle allows the mage to see into the adjacent plane and even communicate with creatures therein.

Summoning (DC 16). A mage that knows the name of a being in the other plane can forcefully summon it to the Material Plane. Creatures summoned in this way are predisposed to be aggressive toward the summoner.

Creatures that operate the Zones of Convergence with­out speaking the command word “Arffideri” trigger a last-resort guarding measure in the research facility. The stone caskets in the northern alcoves crack open and re­lease four ghouls and two wights. These abominations know no mercy and fight until slain. Professor Galind (level 3 wizard) helps the characters in this encounter.

The characters reach the end of this adventure and face the consequences of their deeds. After overcoming the dungeon’s defenses, the charac­ters and Professor Galind Vari are free to explore the place and conduct all kinds of experiments. The profes­sor wishes to glimpse into the other realms for his re­search. If any of the characters fell victim to the trap in area 5, opening a planar portal to the Woodlands is the only way to track them down and rescue them from the parallel plane. Such an adventure requires preparation and bravery. Alas, that is an adventure for another time… 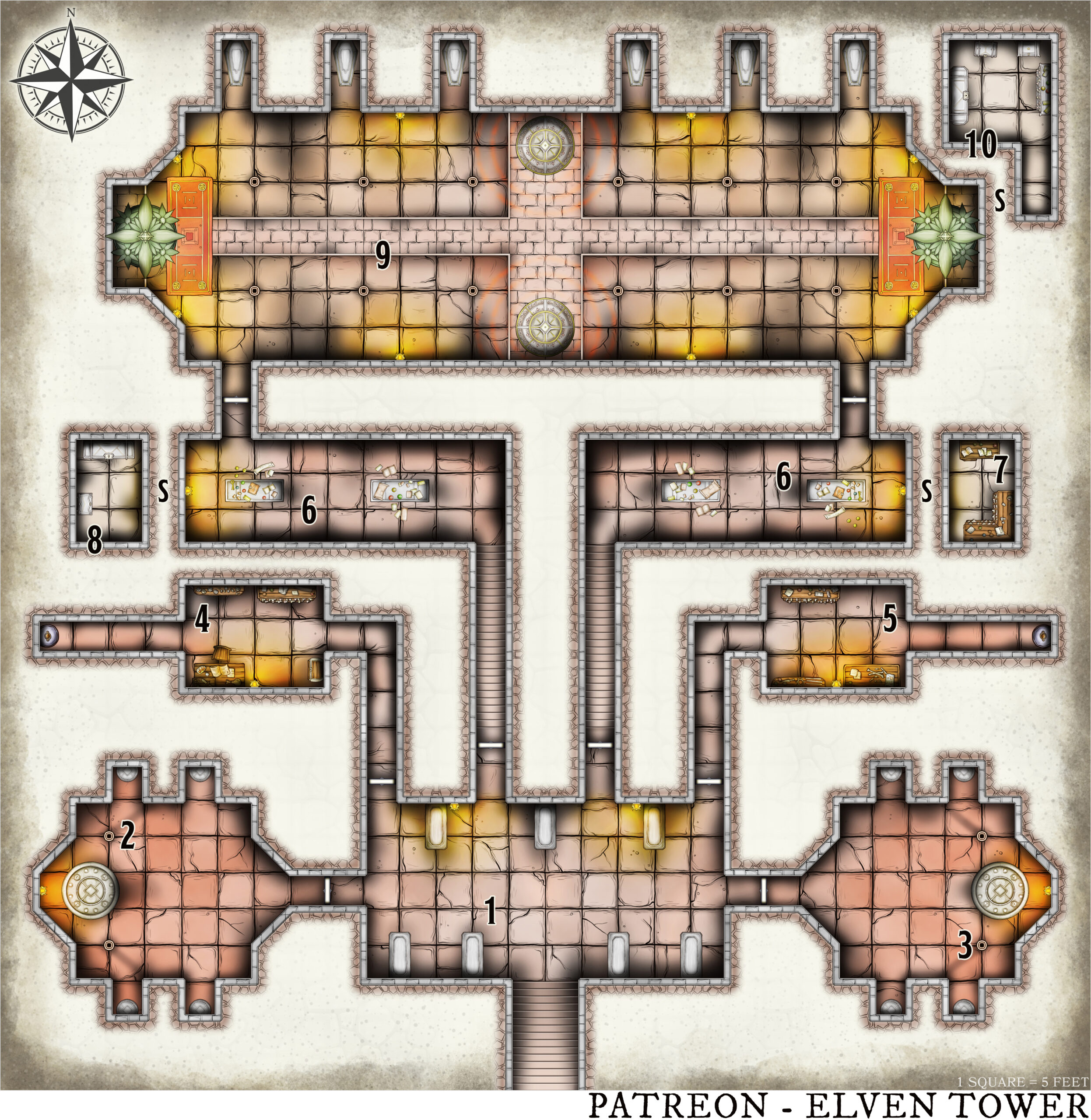