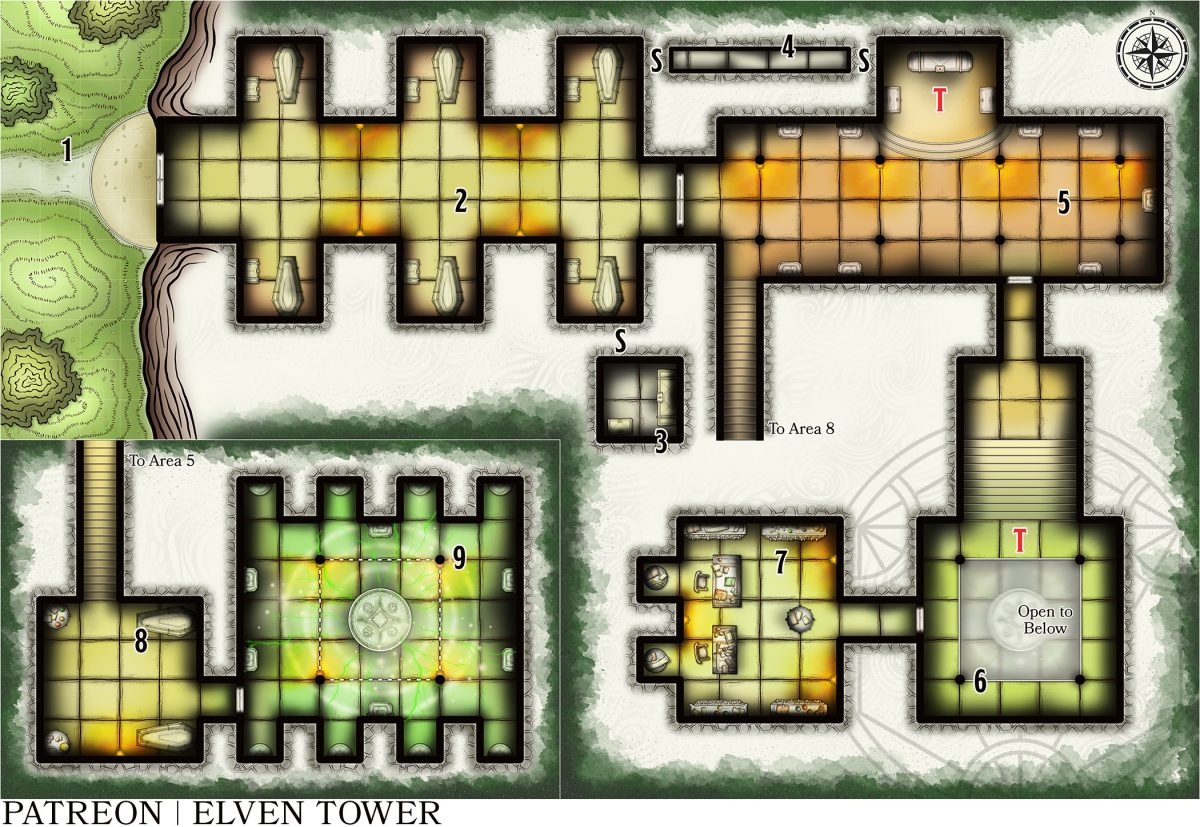 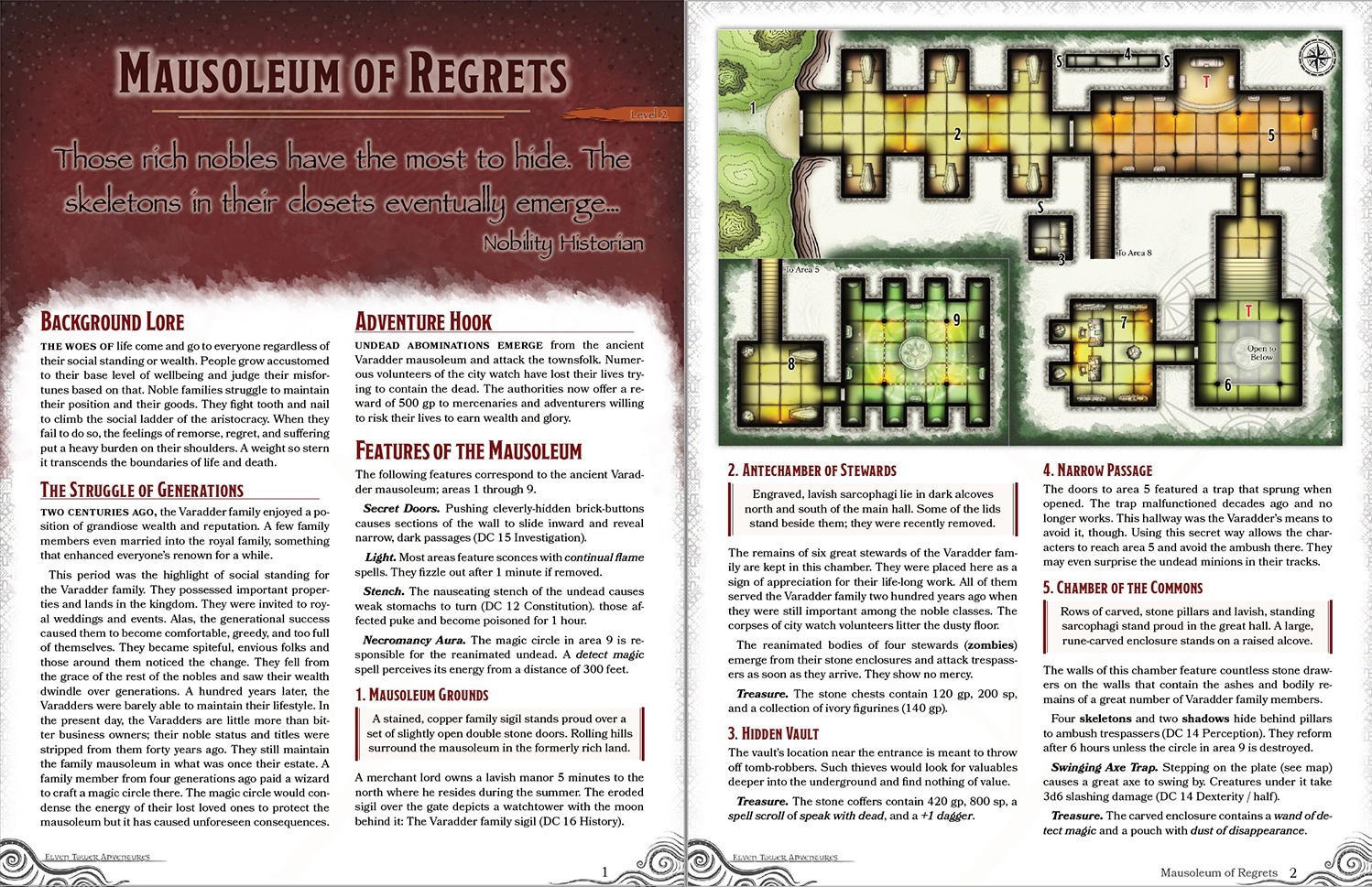 Those rich nobles have the most to hide. The skeletons in their closets eventually emerge…

The woes of life come and go to everyone regardless of their social standing or wealth. People grow accustomed to their base level of well-being and judge their misfor­tunes based on that. Noble families struggle to maintain their position and their goods. They fight tooth and nail to climb the social ladder of the aristocracy. When they fail to do so, the feelings of remorse, regret, and suffering put a heavy burden on their shoulders. A weight so stern it transcends the boundaries of life and death.

The Struggle of Generations

Two centuries ago, the Varadder family enjoyed a po­sition of grandiose wealth and reputation. A few family members even married into the royal family, something that enhanced everyone’s renown for a while.

This period was the highlight of social standing for the Varadder family. They possessed important proper­ties and lands in the kingdom. They were invited to roy­al weddings and events. Alas, the generational success caused them to become comfortable, greedy, and too full of themselves. They became spiteful, envious folks and those around them noticed the change. They fell from the grace of the rest of the nobles and saw their wealth dwindle over generations. A hundred years later, the Varadders were barely able to maintain their lifestyle. In the present day, the Varadders are little more than bit­ter business owners; their noble status and titles were stripped from them forty years ago. They still maintain the family mausoleum in what was once their estate. A family member from four generations ago paid a wizard to craft a magic circle there. The magic circle would con­dense the energy of their lost loved ones to protect the mausoleum but it has caused unforeseen consequences.

Undead abominations emerge from the ancient Varadder mausoleum and attack the townsfolk. Numer­ous volunteers of the city watch have lost their lives try­ing to contain the dead. The authorities now offer a re­ward of 500 gp to mercenaries and adventurers willing to risk their lives to earn wealth and glory.

The following features correspond to the ancient Varad­der mausoleum; areas 1 through 9.

Light. Most areas feature sconces with continual flame spells. They fizzle out after 1 minute if removed.

Stench. The nauseating stench of the undead causes weak stomachs to turn (DC 12 Constitution). those af­fected puke and become poisoned for 1 hour.

Necromancy Aura. The magic circle in area 9 is re­sponsible for the reanimated undead. A detect magic spell perceives its energy from a distance of 300 feet.

A merchant lord owns a lavish manor 5 minutes to the north where he resides during the summer. The eroded sigil over the gate depicts a watchtower with the moon behind it: The Varadder family sigil (DC 16 History).

Engraved, lavish sarcophagi lie in dark alcoves north and south of the main hall. Some of the lids stand beside them; they were recently removed.

The remains of six great stewards of the Varadder fam­ily are kept in this chamber. They were placed here as a sign of appreciation for their life-long work. All of them served the Varadder family two hundred years ago when they were still important among the noble classes. The corpses of city watch volunteers litter the dusty floor.

The reanimated bodies of four stewards (zombies) emerge from their stone enclosures and attack trespass­ers as soon as they arrive. They show no mercy.

The vault’s location near the entrance is meant to throw off tomb-robbers. Such thieves would look for valuables deeper into the underground and find nothing of value.

The doors to area 5 featured a trap that sprung when opened. The trap malfunctioned decades ago and no longer works. This hallway was the Varadder’s means to avoid it, though. Using this secret way allows the char­acters to reach area 5 and avoid the ambush there. They may even surprise the undead minions in their tracks.

5. Chamber of the Commons

The walls of this chamber feature countless stone draw­ers on the walls that contain the ashes and bodily re­mains of a great number of Varadder family members.

Four skeletons and two shadows hide behind pillars to ambush trespassers (DC 14 Perception). They reform after 6 hours unless the circle in area 9 is destroyed.

Swinging Axe Trap. Stepping on the plate (see map) causes a great axe to swing by. Creatures under it take 3d6 slashing damage (DC 14 Dexterity / half).

Treasure. The carved enclosure contains a wand of de­tect magic and a pouch with dust of disappearance.

A 15-by-15 feet opening on the ground leads to an opulent chamber 30 feet below. The stone circle be­low glows green and produces a flow of sparks

The walls of this chamber are decorated with washed-out fresco paintings of the great Varadder patriarchs. Most of the paintings date back to the good old days of the forgotten family. They depict the men as valorous, strong, and powerful figures in their communities.

Countless parchments, tomes, and papers lie scat­tered across desks and bookshelves. Strangely enough, all of it looks clean and recently used.

The family archive is protected from the passage of time by an abjuration spell. An arcane spellcaster perceives the incantation with a detect magic spell. The room con­tains an accurate account of all family members, their deeds in life, and their remains’ location in the tomb.

Curiosity Curse. Those who delve into the Varadder archive are cursed with nearsightedness (15 feet). The pardon of a living Varadder lifts the foul curse.

Family Lore. Studying the papers for 1 hour reveals the names and residences of living members of the fami­ly in the nearby city. The last person to be interred in the mausoleum died seven years ago, Ingvild Varadder.

Treasure. One of the bookshelves contains a spellbook with six random level 1 and 2 wizard spells.

The flight of stairs leads up 30 feet to area 5. A careful tracker identifies the uneven footsteps of undead min­ions coming from the door to area 9 (DC 12 Survival).

Two zombies emerge from the twin sarcophagi. They attempt to stop the characters from reaching area 9.

The stench of death is the most intense here. Strands of necromancy ether flow from the glowing rune circle and into the standing enclosures.

The remains of the fourteen patriarchs of the Varadder family lie in this chamber. The failure of the Varadder bloodline falls open their shoulders. It was their deeds that brought the Varadder downfall. The magic circle empowers their regret and spite and causes them to re­turn from the dead in a mindless form, incapable of cor­recting their mistakes or fixing the family’s future.

Two mindless ghouls and four zombies exit the stand­ing sarcophagi and attack the newcomers. The undead reform after six hours unless the circle is destroyed.

Circle of Necromancy. The runic relic’s incantation is flawed (DC 16 Arcana). It is not meant to protect the burial place but to enhance negative sentiments of the dead with necromancy. It is noteworthy that the current calamity did not occur any sooner. Destroying the circle with shovels or pickaxes ends its effects immediately.

Destroying the necromancy circle in area 9 stops the undead incursions at once. All remaining undead in the mausoleum turn to dust and disappear.

When the characters return to the settlement, they are greeted with applause and joy. Damsels throw flowers and thank them for their efforts. The authorities pay the 500 gp reward. The living Varadders find out about the characters. If they pillaged their mausoleum, they shall take revenge upon the disrespectful adventurers. 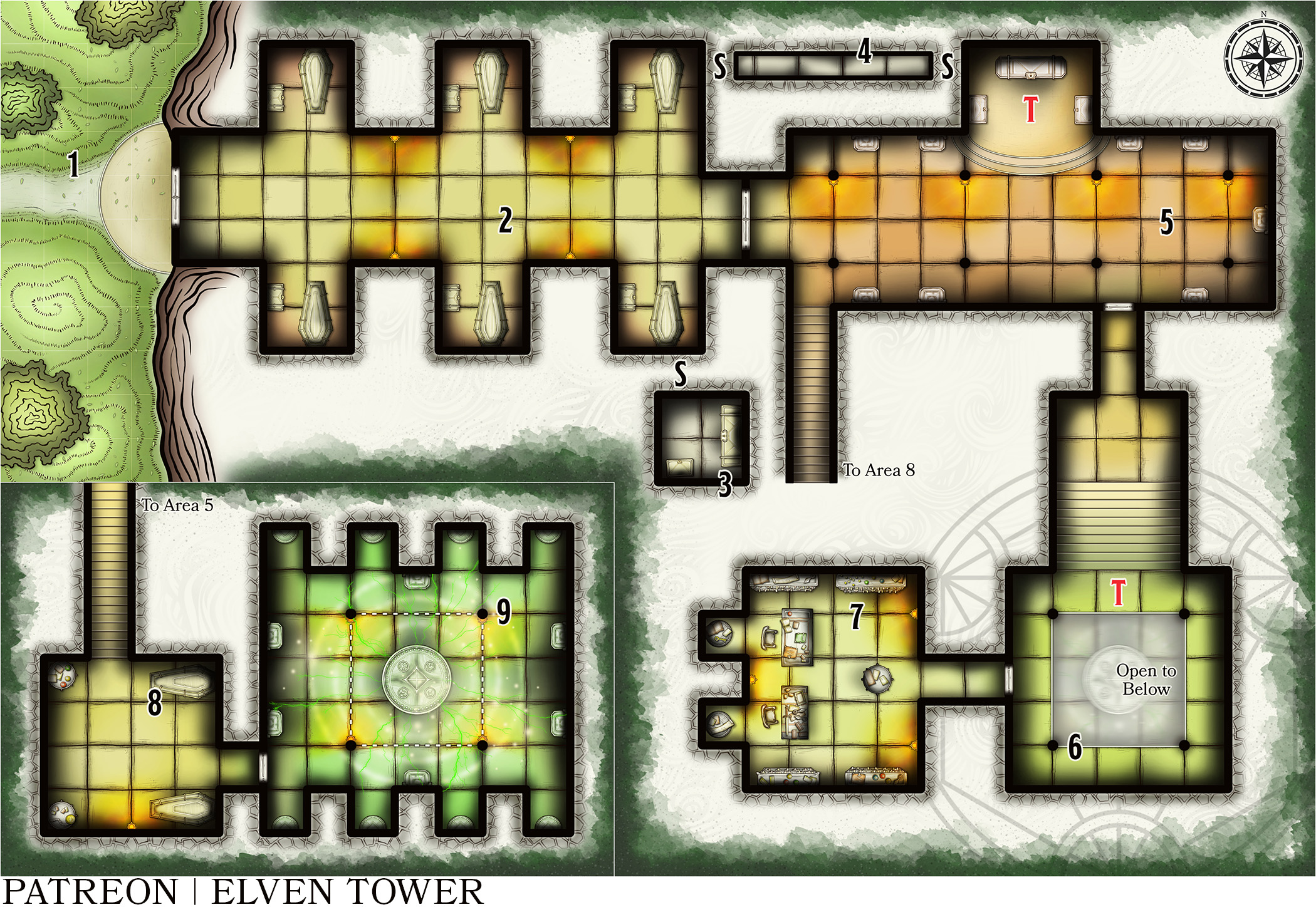