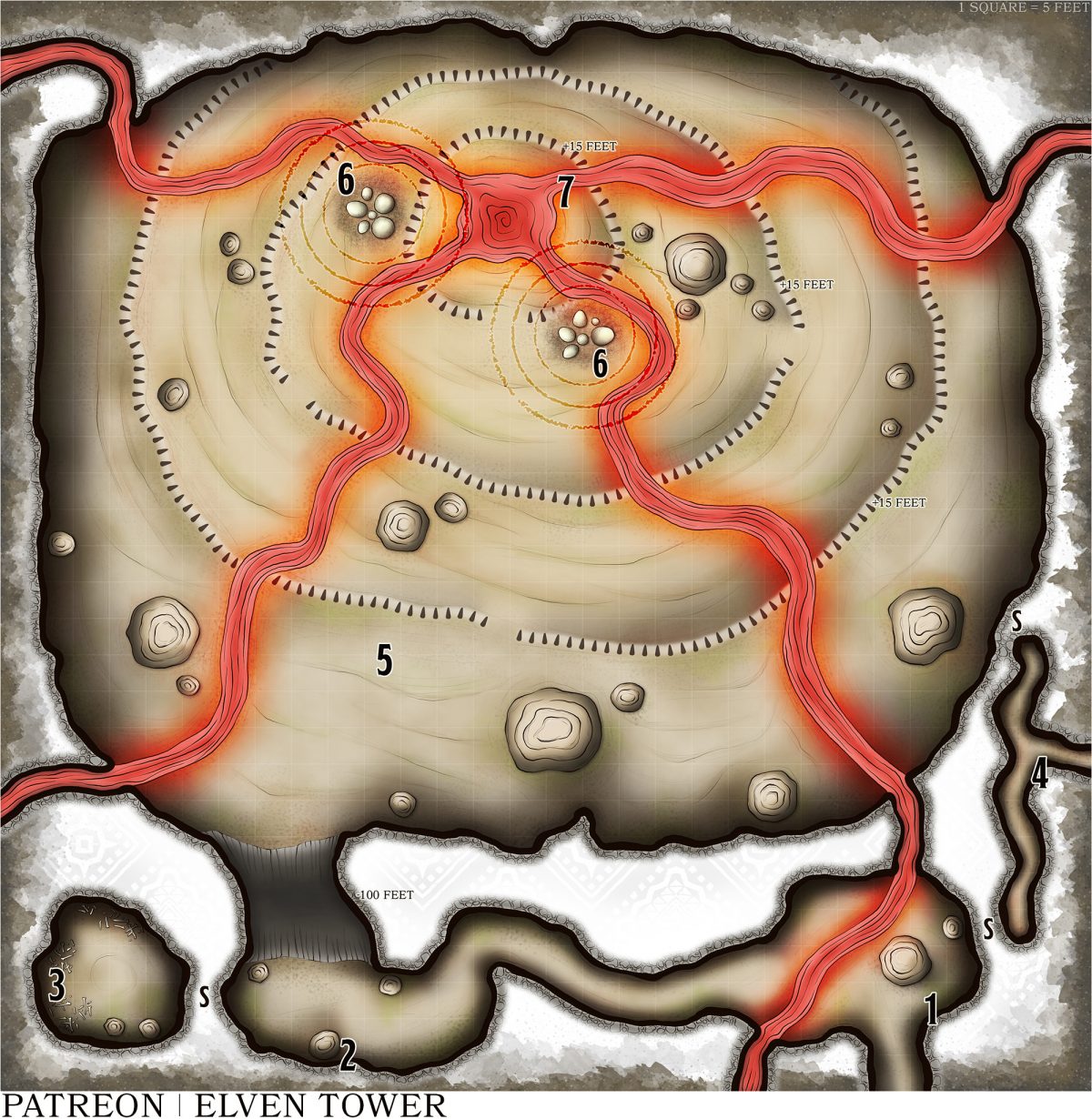 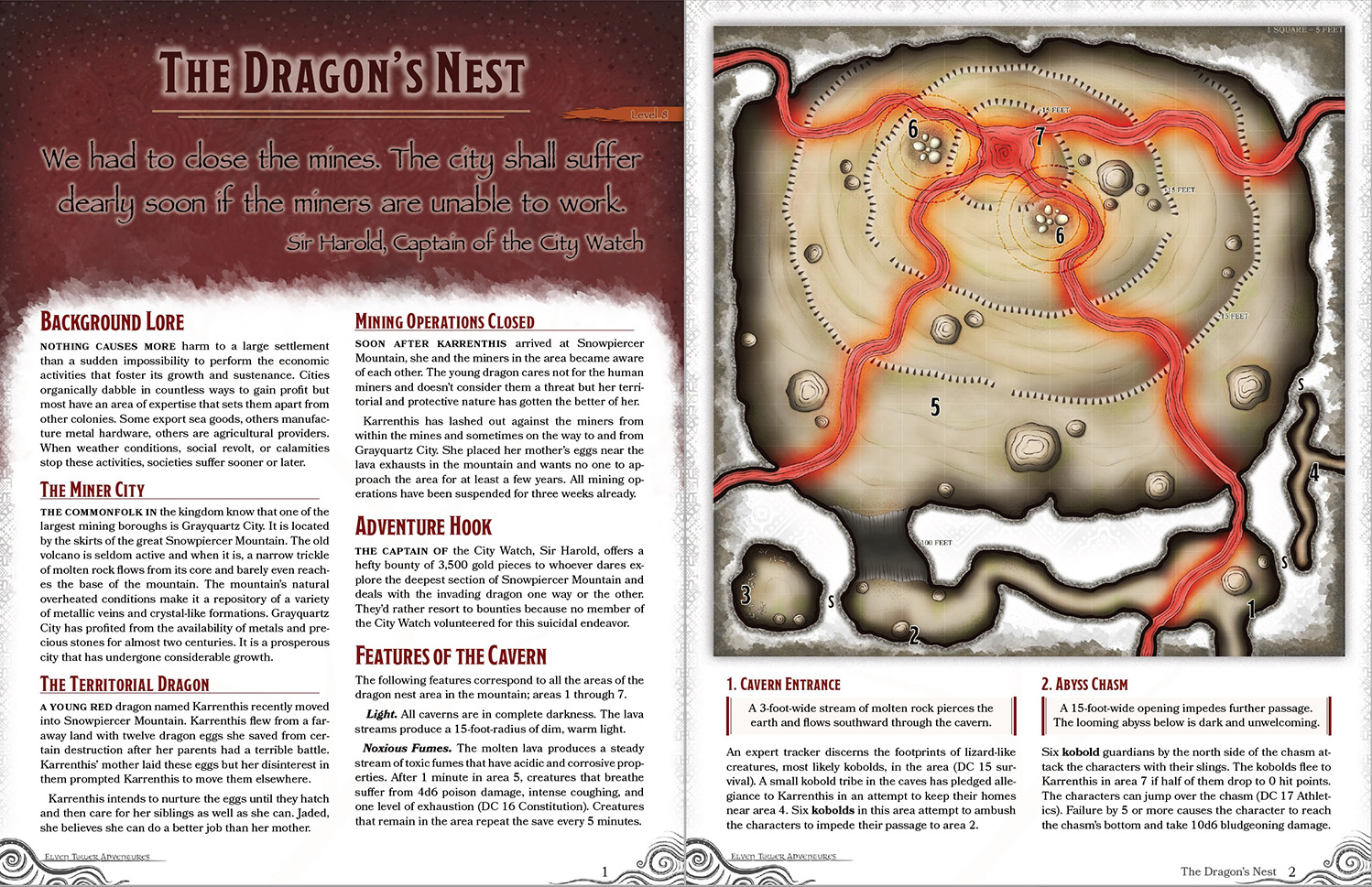 We had to close the mines. The city shall suffer dearly soon if the miners are unable to work.

Nothing causes more harm to a large settlement than a sudden impossibility to perform the economic activities that foster its growth and sustenance. Cities organically dabble in countless ways to gain profit but most have an area of expertise that sets them apart from other colonies. Some export sea goods, others manufacture metal hardware, others are agricultural providers. When weather conditions, social revolt, or calamities stop these activities, societies suffer sooner or later.

The commonfolk in the kingdom know that one of the largest mining boroughs is Grayquartz City. It is located by the skirts of the great Snowpiercer Mountain. The old volcano is seldom active and when it is, a narrow trickle of molten rock flows from its core and barely even reaches the base of the mountain. The mountain’s natural overheated conditions make it a repository of a variety of metallic veins and crystal-like formations. Grayquartz City has profited from the availability of metals and precious stones for almost two centuries. It is a prosperous city that has undergone considerable growth.

A young red dragon named Karrenthis recently moved into Snowpiercer Mountain. Karrenthis flew from a faraway land with twelve dragon eggs she saved from certain destruction after her parents had a terrible battle. Karrenthis’ mother laid these eggs but her disinterest in them prompted Karrenthis to move them elsewhere.

Karrenthis intends to nurture the eggs until they hatch and then care for her siblings as well as she can. Jaded, she believes she can do a better job than her mother.

Soon after Karrenthisarrived at Snowpiercer Mountain, she and the miners in the area became aware of each other. The young dragon cares not for the human miners and doesn’t consider them a threat but her territorial and protective nature has gotten the better of her.

Karrenthis has lashed out against the miners from within the mines and sometimes on the way to and from Grayquartz City. She placed her mother’s eggs near the lava exhausts in the mountain and wants no one to approach the area for at least a few years. All mining operations have been suspended for three weeks already.

The Captain of the City Watch, Sir Harold, offers a hefty bounty of 3,500 gold pieces to whoever dares explore the deepest section of Snowpiercer Mountain and deals with the invading dragon one way or the other. They’d rather resort to bounties because no member of the City Watch volunteered for this suicidal endeavor.

Features of the Cavern

The following features correspond to all the areas of the dragon nest area in the mountain; areas 1 through 7.

Light. All caverns are in complete darkness. The lava streams produce a 15-foot-radius of dim, warm light.

Noxious Fumes. The molten lava produces a steady stream of toxic fumes that have acidic and corrosive properties. After 1 minute in area 5, creatures that breathe suffer from 4d6 poison damage, intense coughing, and one level of exhaustion (DC 16 Constitution). Creatures that remain in the area repeat the save every 5 minutes.

A 3-foot-wide stream of molten rock pierces the earth and flows southward through the cavern.

An expert tracker discerns the footprints of lizard-like creatures, most likely kobolds, in the area (DC 15 survival). A small kobold tribe in the caves has pledged allegiance to Karrenthis in an attempt to keep their homes near area 4. Six kobolds in this area attempt to ambush the characters to impede their passage to area 2.

A 15-foot-wide opening impedes further passage. The looming abyss below is dark and unwelcoming.

Six kobold guardians by the north side of the chasm attack the characters with their slings. The kobolds flee to Karrenthis in area 7 if half of them drop to 0 hit points. The characters can jump over the chasm (DC 17 Athletics). Failure by 5 or more causes the character to reach the chasm’s bottom and take 10d6 bludgeoning damage.

3. Ossuary of the Damned

A narrow, dark passage leads to a roughly rounded chamber littered with thousands of gnawed bones of small mammals, reptiles, and even humanoids.

The kobold tribe is to blame for the disorganized mounds of bones in this chamber. The cavern is considered a place of worship. They bring bones and arrange them on the floor in unintelligible designs to honor their obscure gods and their ancestors. They stopped doing these rituals since Karrenthis arrived to avoid the dragon’s anger with their worship of other entities. Well-informed people discern the patterns and make a connection with the draconic rituals (DC 18 Arcana or Religion).

Secret Passage. Entrance to this chamber requires a character to notice a mound of rocks covering the passage in area 2 and dig through them (DC 16 Perception).

The kobolds have their warrens 40 feet to the east. Twenty-five fighting individuals and twice as many non-combatant ones live there. If attacked, non-combatants flee down to the hottest chambers in Snowpiercer Mountain.

Secret Passage. The characters must notice a mound of rocks covering the passage in areas 1 or 5 and remove them to discover these tunnels (DC 16 Perception).

The caldera-like, roofless chamber features a 45- foot tall mound where a steady flow of molten rock emerges. The lava fumes are difficult to breathe.

The chamber was once the crater of Snowpiercer Mountain in the distant past when the volcano was more active. The miners know of it is but avoid it because of the toxic fumes that have claimed the lives of many of them.

Karrenthis (young red dragon) is here protecting the two nests. A squad of ten valorous kobolds stands by her and the eggs to protect them. The dragon recognizes the characters as formidable opponents and says: “Begone from my nest, for I will lay aflame everyone who dares approach. Your place is not here with me and the fire but back home with your families and loved ones. Leave and I shall grant you safe passage as you return to the city”.

To protect the eggs, Karrenthis fights to the death. The kobolds flee in a panic if the dragon is defeated. Otherwise, the characters may attempt to strike a deal with the young dragon to avoid bloodshed (see Conclusion).

Six eggs of varied sizes and red-tinted shells rest upon impromptu nests of sand and stone. The eggs radiate a fiery aura that burns paper and fabrics.

Seven out of the twelve eggs shall hatch in a year if Karrenthis cares for them. The rest were damaged during the trip to Snowpiercer Mountain. The eggs are resilient, they have 10 hit points and an AC of 16.

A seemingly everlasting source of molten rock is located at the mound’s summit. Four streams of burning lava reach the chamber walls and pierce it.

Snowpiercer Mountain has kept this steady flow for centuries. A detect magic spell reveals an aura of evocation magic near the exhaust. Evocation spells become one level higher when cast next to the exhaust.

Karrenthis (young red dragon) lived with her parents and some siblings in a mountain range thousands of miles north of Grayquartz City. Due to the disinterest shown by Karrenthis’ parents, the young dragon took the eggs in her mother’s nest and moved them to Snowpiercer Mountain to spare them from her parents’ rage. Karrenthis is territorial, nurturing, and motherly. She is willing to risk her life to give her future siblings a future.

Manner. Karrenthis is proud and vain. She looks down on humanoids and cares not for insulting them.

Ambition. Karrenthis wants to protect the eggs from harm and raise her siblings as her own offspring.

The Red Dragon is Defeated

The characters face Karrenthis in Snowpiercer Mountain’s caldera. They come out victorious and slaughter the territorial dragon. The kobolds flee and the nests are unprotected. The characters can destroy the dragon eggs, keep them as trophies, or attempt to hatch them. A well-informed person knows that the dragon was far too young to have laid these eggs (DC 18 Nature).

Upon their return to Grayquartz City, the characters are given a hero’s welcome and a festival is scheduled to occur five days after, to honor their valiant deed. Sir Harold, Captain of the City Watch, pays the 3,500 gp reward and gifts them a medal during the festival.

A Deal with the Dragon

The characters make a deal with Karrenthis if anyone present speaks Draconic and is willing to negotiate. The dragon explains her predicament begrudgingly. All the dragon requires is space, privacy, and a promise in writing from Grayquartz City officials that all crews in the mountain shall be there strictly for mining purposes and not to endanger her and the dragon hatchlings.

If the city officials agree to leave the dragon alone, she promises to let the workers do their job. The characters must convince the city rulers to agree to this. If the deal with Karrenthis is approved, the characters can collect their 3,500 gp reward but the festival never occurs. 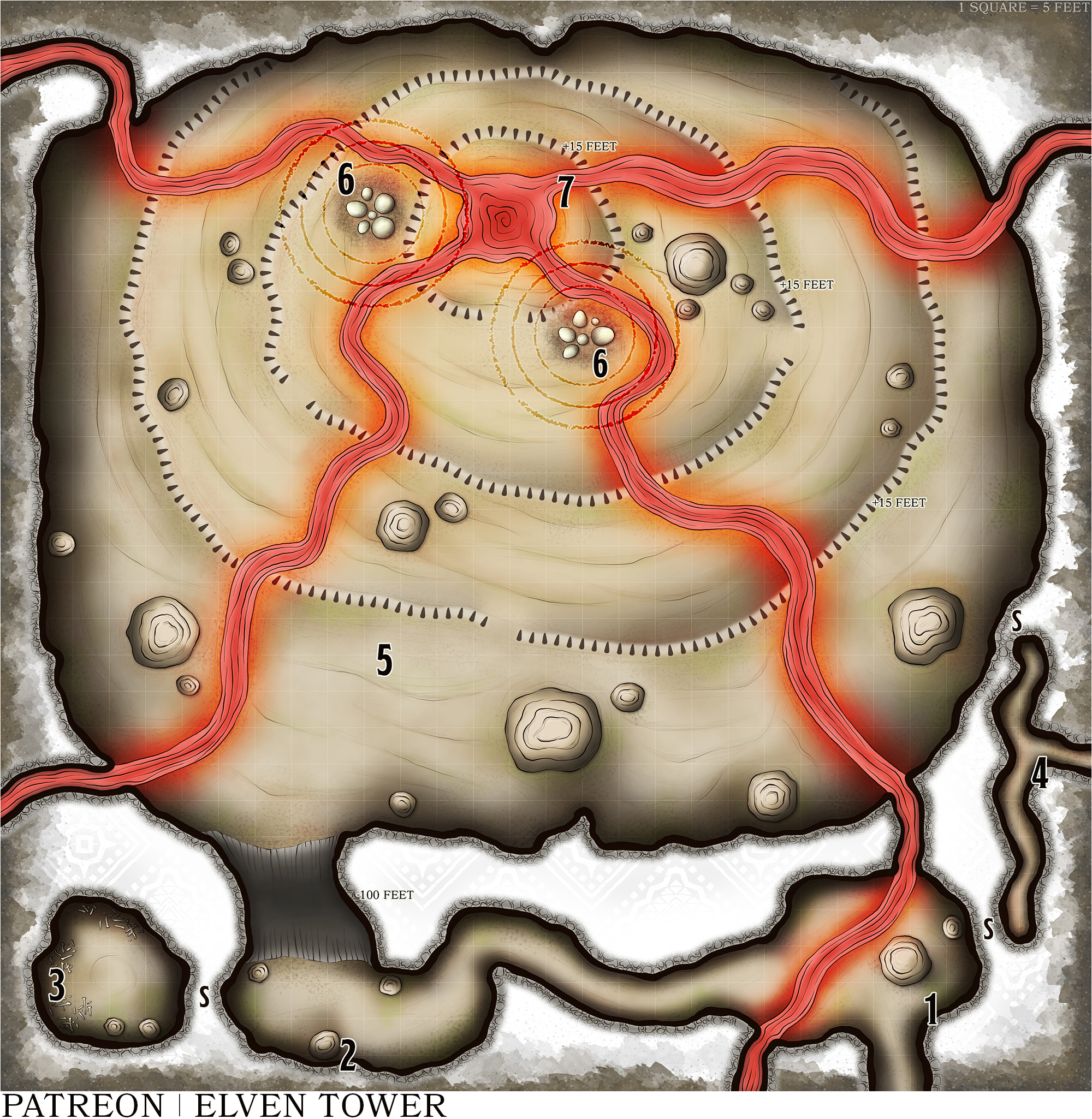