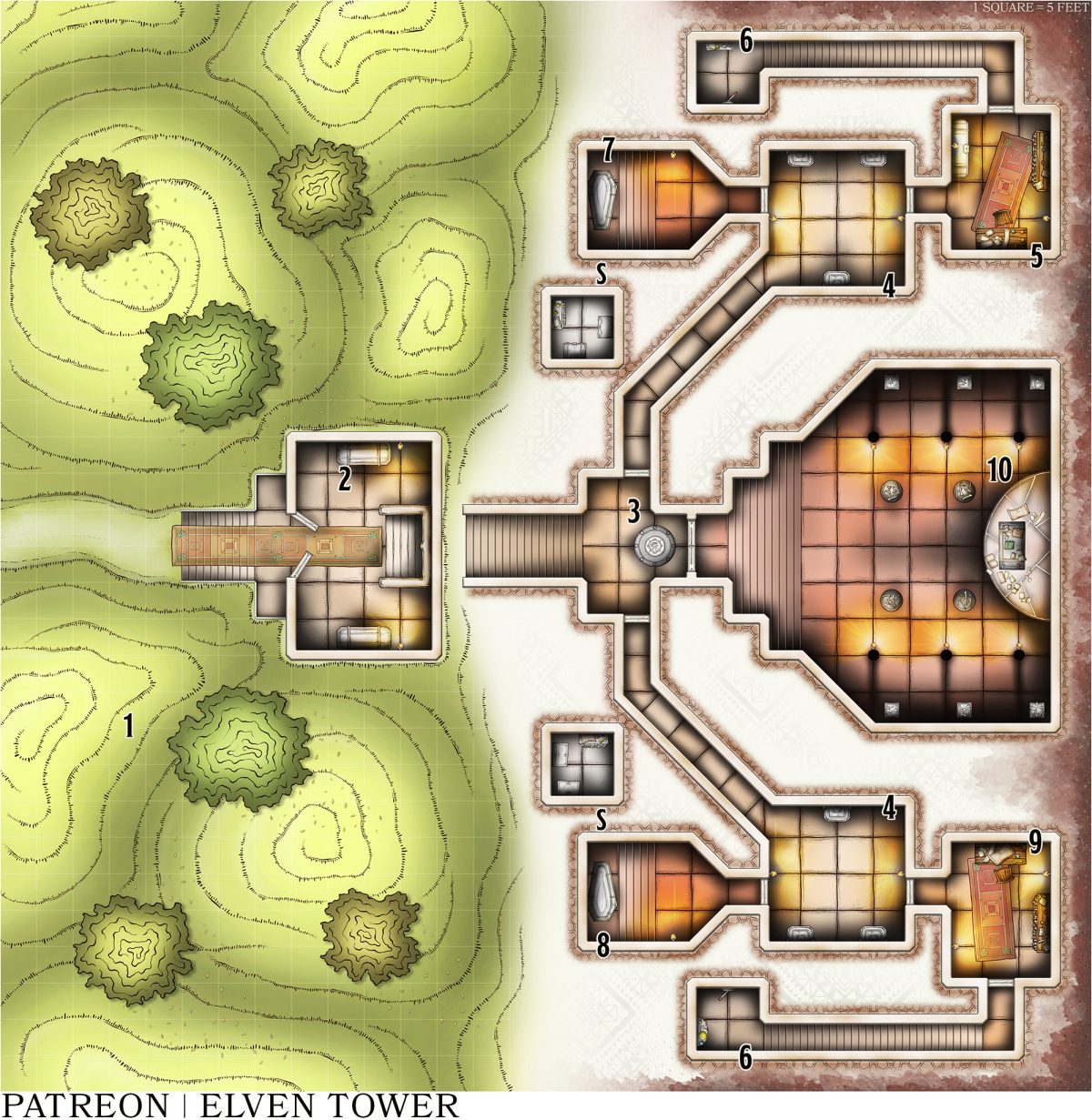 I am helping them all. They shall meet their long-gone loved ones soon. On my terms…

The ultimate fate of mortal death is the great equalizer. Regardless of their varied origin, it is the one thing that affects people in the same way. A peasant farmer is destined to one day perish and return to the grass, and so is a king or a queen. Similarly, the pain of losing a loved one, or the mixed sentiment of impotence and grief from the loss affect all. Grieving folks are often the victims of witches and tricksters, who offer them ways to come in contact with the dead. In a world where magic is available, unwary people believe in such tales.

A sly man named Dante Grayheart can be said to be the greatest trickster of all. Son of a “town witch” who read hands, tea leaves, and made vague predictions gazing at a broken crystal ball, Dante took an interest in actual magic in order to ride on her mother’s popularity when he started offering the most sought out service of all: contacting dead relatives. Within Dante’s tent, it was possible to reach long-dead people to converse with them. To even see them as ghostly apparitions. People filled Dante’s pockets and left satisfied. It only lasted a while because Dante used parlor tricks and minor magic spells to make the illusion of speaking with the deceased relatives. Sooner or later, Dante would leave town on a wagon and set up shop somewhere else where people were ripe for his tricks and fraudulent activities.

One day, a satisfied customer gave Dante a book that belonged to his grandfather. The woman claimed that his grandfather had “the gift”, just like Dante, and that maybe the book would help him become better. Dante was taken aback when he saw the dusty tome and read the strange necromancy spells within its pages.

Dante learnedadvanced necromancy spells from the strange book. With the knowledge within, the trickster reanimated corpses from Stalwart City’s cemetery. He settled within a mausoleum to keep the nausea-inducing undead away from prying eyes. Dante had a single goal at this point, to perform the foulest spell in the tome and become a true necromancer. If his interpretations were correct, the spell’s power could turn a weak-willed living person into a zombie-like monster. The only caveat was that the spell requires willing participants.

Dante lured twenty people into the mausoleum with false promises of his ability to contact dead relatives. One of them returned in panic and claimed undead monsters were guarding the mausoleum. Stalwart City offers the characters a reward of 1,200 gp to force open the mausoleum to rescue the missing people.

The following features correspond to all the areas of the Stalwart City mausoleum; areas 1 through 10.

Doors. All doors are large, heavy, granite slabs mounted on hinges. A strong person can push them (DC 14 Athletics). The door to area 10 is locked and can only be opened with the levers in both landings (area 6).

Light. Most areas feature sconces with continual flame spells. The heat-less light gives the areas an aura of uneasiness. Removing the sconces spoils the spells.

Stench. The nauseating stench of the reanimated undead permeates the underground compound.

There is no gravestone within 50 feet of the mausoleum’s entrance, as a sign of respect for the important folks interred within the dilapidated structure.

The townsfolk claim that Stalwart City’s founders and heroes are buried inside. The mausoleum’s stone doors stand open as if inviting those outside. Stalwart City’s sigil over the threshold, a round shield with two pointy spears crossed, has been defaced and vandalized.

The two sarcophagi are empty. A multitude of footprints lead downstairs but none return (DC 12 Survival). A bowl of pink candy stands by the entrance.

The Candy. Eating a candy casts a suggestion spell on the victim (DC 15 Wisdom save). They are oblivious to the undead in the crypts unless they are attacked.

The characters hear chanting and arcane invocations from behind the stone door, in area 10 (DC 13 Perception). Dante and the twenty people he lured within cannot be reached before opening the reinforced gate.

Bypassing the Door. The characters can explore the dungeon and pull the levers in both areas 6 to open this door. Alternatively, they can bring the door down with stone-cutting tools. This requires the appropriate tools and 6 hours of hard work. Dante and the skinless undead interrupt the characters hours before they finish.

The room contains three standing sarcophagi that contain heroes from yore who once saved the city. Dante has reanimated all of them. They allow no one through.

Corrupted Warriors. Two ghouls and one wight emerge from the enclosure and fight the characters.

The room contains several bookcases with heavy tomes that describe everyone interred in the crypts and the regular gravestones on the cemetery’s surface.

Map of the Crypts. 20 minutes of studying reveals a floor-plan of the crypts, the levers’ location in both areas 6, and the hidden treasure rooms in areas 7 and 8.

The room contains a single steel lever connected to the wall’s machinery and a shelf with assorted tools and mechanical implements. Pulling one lever does not affect the door to area 10. Both must be activated for it to open.

The chamber contains a single stone sarcophagus where a great hero was interred fifty years ago. The hero’s name is stamped on the enclosure: Jamis Harold. He lead a suicidal attack that saved Stalwart City from an invading orc force that would have taken the city (DC 17 History).

Back from the Grave. The hero has been corrupted by Dante’s magic. He emerges from the sarcophagi in the form of a hateful wraith that can’t be reasoned with.

The chamber contains a single stone sarcophagus where a great hero was interred ninety years ago. The hero’s name is stamped on the enclosure: Yallara Andis. She lead the investigation to find a demented serial murderer that took at least seventy lives. Yallara found the culprit and brought them to justice (DC 18 History).

Back from the Grave. The hero has been corrupted by Dante’s magic. She emerges from the sarcophagi as a demented wight that can’t be reasoned with.

What was originally intended to be a library or an archive has been turned into the mage’s study. Arcane formulae and parchments litter the room.

The necromancer, Dante Grayheart, has spent much of his time in this chamber researching the obscure spells from the book. He sleeps on the floor next to the bookcase. Some of his stinky clothes litter the chamber.

Dante’s Research. A spellcaster can review Dante’s papers and scrolls in disarray to determine that the spell he plans to perform in the Chamber of Founders shall take the lives of all those who voluntarily participate in it.

10. Chamber of the Founders

Dante Grayheart concludes his befouled incantation moments after the characters open the reinforced door. He stands behind the altar by the east wall. When Dante speaks the last arcane word to unleash the ritual’s power, twelve out of the twenty townsfolk rip the skin from their bodies and become undead servants of the would-be necromancer (see image below). The strong-willed resist the evil necromancy spell and fall unconscious.

Skin is for the Weak. Dante Grayheart (mage) and twelve zombies fight the characters after the ritual.

Dante (mage) is a deluded man who believes he is above the law. His defective moral compass causes him to spurn others’ critiques of his work and ramblings of madmen. Since acquiring the necromancy book, Dante is convinced that it is fated that he becomes the grandest of necromancers. He has convinced himself that there are signs of this in the stars and that other ways of petty divination point to the same outcome. Dante Grayheart has no regard for the lives he has ruined with his goals.

Manner. Dante is cowardly and eludes responsibility. He stutters when confronted with his wrongdoings.

Ambition. Dante wants to perform the ritual many times to build a small army and take over Stalwart City.

The trickster and necromancer Dante Grayheart manages to defeat the characters in the Chamber of Founders. Dante brings the characters from the dead and adds them to his growing army. A few weeks later, Dante has enough undead minions to attempt an attack against Stalwart City. Dante storms the city walls and defeats all opposition. Stalwart City is lost.

The characters defeat Dante Grayheart in the Chamber of Founders. The eight surviving townsfolk are direct witnesses of the characters’ brave actions. Despite the loss of twelve lives and the incalculable damage to the bodily remains in the crypts, the characters are given a hero’s welcome in Stalwart City. They collect the 1,200 gp reward from the city bailiff and are free to leave whenever they wish to. However, the city requests that the characters return any valuables taken from the crypts.

The characters can retrieve the necromancer’s book from Dante’s body. It is titled Of Ashes and Men. The spellbook contains all necromancy spells up to level 5 plus a few original spells like the one performed in the Chamber of Founders. Should the characters utilize this tome for evil, they are guaranteed to attract the attention of religious organizations and witch-hunter factions. 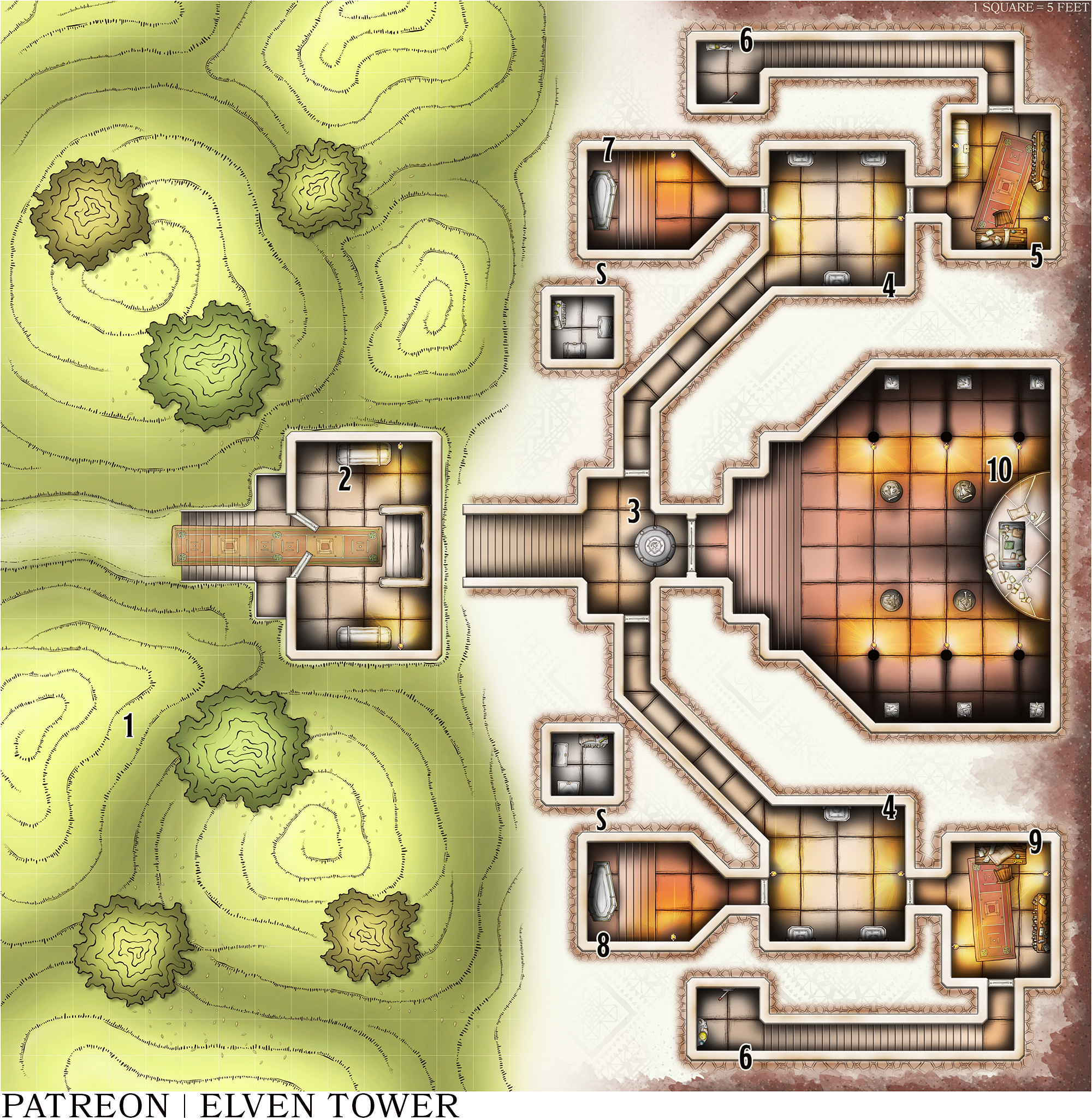