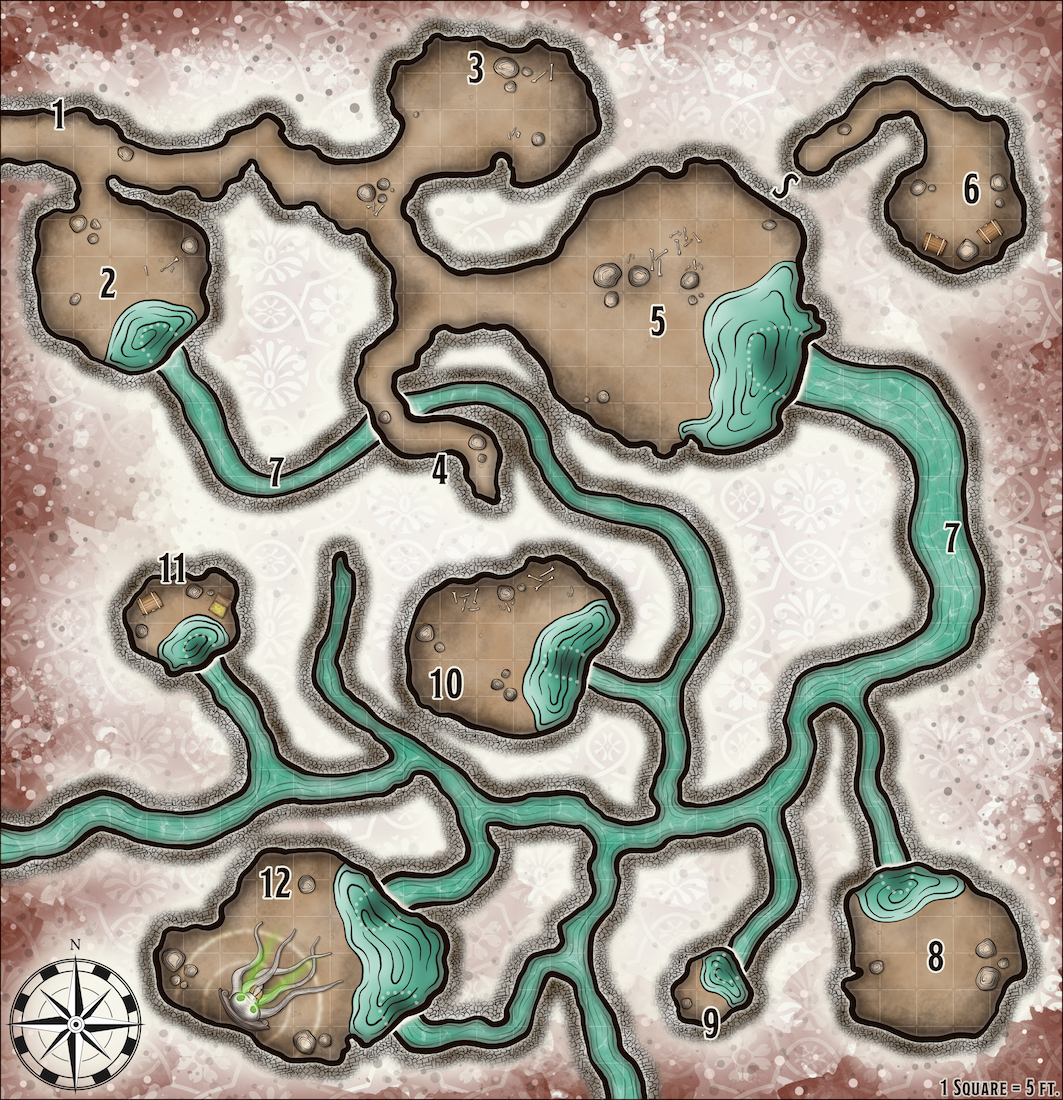 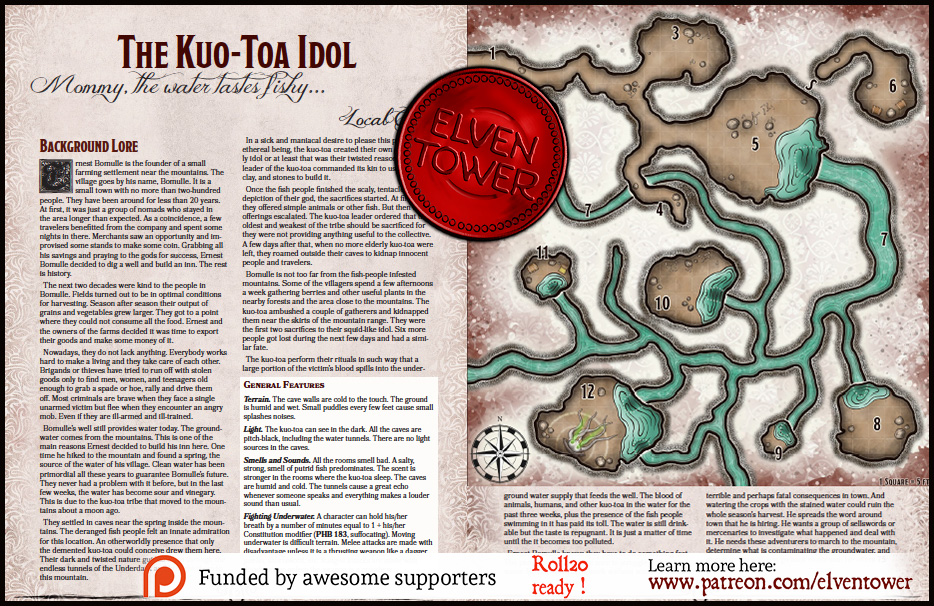 Ernest Bomulle is the founder of a small farming settlement near the mountains. The village goes by his name, Bomulle. It is a small town with no more than two-hundred people. They have been around for less than 20 years. At first, it was just a group of nomads who stayed in the area longer than expected. As a coincidence, a few travelers benefitted from the company and spent some nights in there. Merchants saw an opportunity and improvised some stands to make some coin. Grabbing all his savings and praying to the gods for success, Ernest Bomulle decided to dig a well and build an inn. The rest is history.

The next two decades were kind to the people in Bomulle. Fields turned out to be in optimal conditions for harvesting. Season after season their output of grains and vegetables grew larger. They got to a point where they could not consume all the food. Ernest and the owners of the farms decided it was time to export their goods and make some money of it.

Nowadays, they do not lack anything. Everybody works hard to make a living and they take care of each other. Brigands or thieves have tried to run off with stolen goods only to find men, women, and teenagers old enough to grab a spade or hoe, rally and drive them off. Most criminals are brave when they face a single unarmed victim but flee when they encounter an angry mob. Even if they are ill-armed and ill-trained.

Bomulle’s well still provides water today. The groundwater comes from the mountains. This is one of the main reasons Ernest decided to build his inn here. One time he hiked to the mountain and found a spring, the source of the water of his village. Clean water has been primordial all these years to guarantee Bomulle’s future. They never had a problem with it before, but in the last few weeks, the water has become sour and vinegary. This is due to the kuo-toa tribe that moved to the mountains about a moon ago.

They settled in caves near the spring inside the mountains. The deranged fish people felt an innate admiration for this location. An otherworldly presence that only the demented kuo-toa could conceive drew them here. Their dark and twisted nature guided them through the endless tunnels of the Underdark and brought them to this mountain.

In a sick and maniacal desire to please this powerful, ethereal being, the kuo-toa created their own otherworldly idol or at least that was their twisted reasoning. The leader of the kuo-toa commanded its kin to use sand, clay, and stones to build it.

Once the fish people finished the scaly, tentacled depiction of their god, the sacrifices started. At first, they offered simple animals or other fish. But then the offerings escalated. The kuo-toa leader ordered that the oldest and weakest of the tribe should be sacrificed for they were not providing anything useful to the collective. A few days after that, when no more elderly kuo-toa were left, they roamed outside their caves to kidnap innocent people and travelers.

Bomulle is not too far from the fish-people infested mountains. Some of the villagers spend a few afternoons a week gathering berries and other useful plants in the nearby forests and the area close to the mountains. The kuo-toa ambushed a couple of gatherers and kidnapped them near the skirts of the mountain range. They were the first two sacrifices to their squid-like idol. Six more people got lost during the next few days and had a similar fate.

The kuo-toa perform their rituals in such way that a large portion of the victim’s blood spills into the underground water supply that feeds the well. The blood of animals, humans, and other kuo-toa in the water for the past three weeks, plus the presence of the fish people swimming in it has paid its toll. The water is still drinkable but the taste is repugnant. It is just a matter of time until the it becomes too polluted.

Ernest Bomulle knows they have to do something fast. The people in Bomulle are sure to struggle without water. He is aware that a week without water could have terrible and perhaps fatal consequences in town. And watering the crops with the stained water could ruin the whole season’s harvest. He spreads the word around town that he is hiring. He wants a group of sellswords or mercenaries to investigate what happened and deal with it. He needs these adventurers to march to the mountain, determine what is contaminating the groundwater, and stop it so the well can go back to normal. He offers 75 gold coins each.

The road to the mountains is not hazardous. Ernest can point out the way to go. He describes an opening in the mountain that leads to some caves. He does not know more. When approaching the mountains, a successful DC 13 Wisdom (Survival) check reveals kuo-toa tracks that lead to their lair. The entrance tunnel is 10 feet wide. The tunnel becomes completely dark when it reaches the entrance to the kuo-toa cave (Area 2).

This cave is 20-feet-wide and about 20-feet-long. There is a 10-feet diameter body of water by the south wall of this chamber. A passive Perception score of 14 or higher reveals an underwater tunnel. There is 1 kuo-toa leaning out of the water. It is keeping an eye out for possible intruders. The moment it sees a non-kuo-toa individual, it flees down the submerged tunnels and sounds the alarm.

Gnawed bones litter the room. They look rotten and disgusting. A successful DC 13 Wisdom (Medicine) check reveals they are human bones. There are 3 kuo-toa gnawing on some fresher bones. They attack any enemies on sight if they are aware of the intruders’ presence. If two of them are defeated in battle, the remaining kuo-toa flees and joins the others in (Area 5).

This 5-feet-wide tunnel is 35-feet-long. It is empty unless the kuo-toa sounded the alarm. In which case a single kuo-toa at the end of the tunnel serves as bait. Its purpose is to stall any intruders using its net and sticky shield. This is just to buy time for its comrades in the other room (Area 5) to prepare an ambush. There is nothing of value in here.

If aware of the intrusion, the 4 kuo-toa in this cavern lean against the walls in the dark to remain unseen. Otherwise, they are gathered in the center of the room chatting through gurgles. There are human bones scattered around the middle of the cavern by some large rocks. A pond takes over a large section of the cavern. A passive Perception score of 14 or higher reveals an underwater tunnel. The kuo-toa hid a small opening northeast of the cavern with rocks, clay, and rubble. A passive Perception score of 15 or higher reveals the secret entrance to Area 6.

After the hidden opening, a 20-feet-long curved tunnel opens into a small cavern. There are two wooden chests next to a large boulder on the floor. The chests are closed but unlocked. There are gold coins, a couple of gems, and silverware. The collective value of this treasure is 185 gp.

The kuo-toa live in an underground network of tunnels below the mountain. Some of the sections of their home connect through submerged tunnels. The fish people can swim in them and swiftly move around the lair. Non-amphibious humanoids must make successful Strength (Athletics) checks to be able to move and in case of engaging in combat, abide to the underwater combat rules (see General Features).

The kuo-toa use this room to accumulate trash and the bones they have already gnawed at. They also come here to defecate. The room is not large enough to hold so much filth and part of it falls to the water periodically. There is 1 kuo-toa in here.

The leader of the kuo-toa kept this large cave for itself. The rocks and boulders in this cave have scratch marks. The kuo-toa used their claws and sharp stones to scribble incomprehensible runes and insane doodles. This is the room with the most bones; the leader eats more than the rest. 6 kuo-toa stand up and attack on sight. One of them is the leader but there is nothing that sets it apart from the rest visually.

Two wooden chests lie in the dark flanked by two stalagmites. The chests are unlocked. The chests contain gold coins and valuable porcelain items and jewelry. The collective value of both chests is 235 gp.

There are two water tunnels that connect to this area. About a third of this cavern’s surface is water. At the far end of the room, the head of an octopus with five appendages loom over the room. Clay and stones form the unworldly idol. Its eyes secrete green pus. The greenish mixture has a toxic, overwhelming, repugnant smell. Any creature that starts its turn within 10 feet from the eyes of the idol must make a successful DC 12 Constitution saving throw or become poisoned. 4 kuo-toa admire the statue in a state of enrapture. Their gargly whispers form a chant in an indecipherable tongue.

Terrain. The cave walls are cold to the touch. The ground is humid and wet. Small puddles every few feet cause small splashes noises.

Light. The kuo-toa can see in the dark. All the caves are pitch-black, including the water tunnels. There are no light sources in the caves.

Smells and Sounds. All the rooms smell bad. A salty, strong, smell of putrid fish predominates. The scent is stronger in the rooms where the kuo-toa sleep. The caves are humid and cold. The tunnels cause a great echo whenever someone speaks and everything makes a louder sound than usual.

Fighting Underwater. A character can hold his/her breath by a number of minutes equal to 1 + his/her Constitution modifier (PHB 183, suffocating). Moving underwater is difficult terrain. Melee attacks are made with disadvantage unless it is a thrusting weapon like a dagger, javelin, shortsword, etc. Ranged attacks are made with disadvantage unless the weapon is a crossbow.