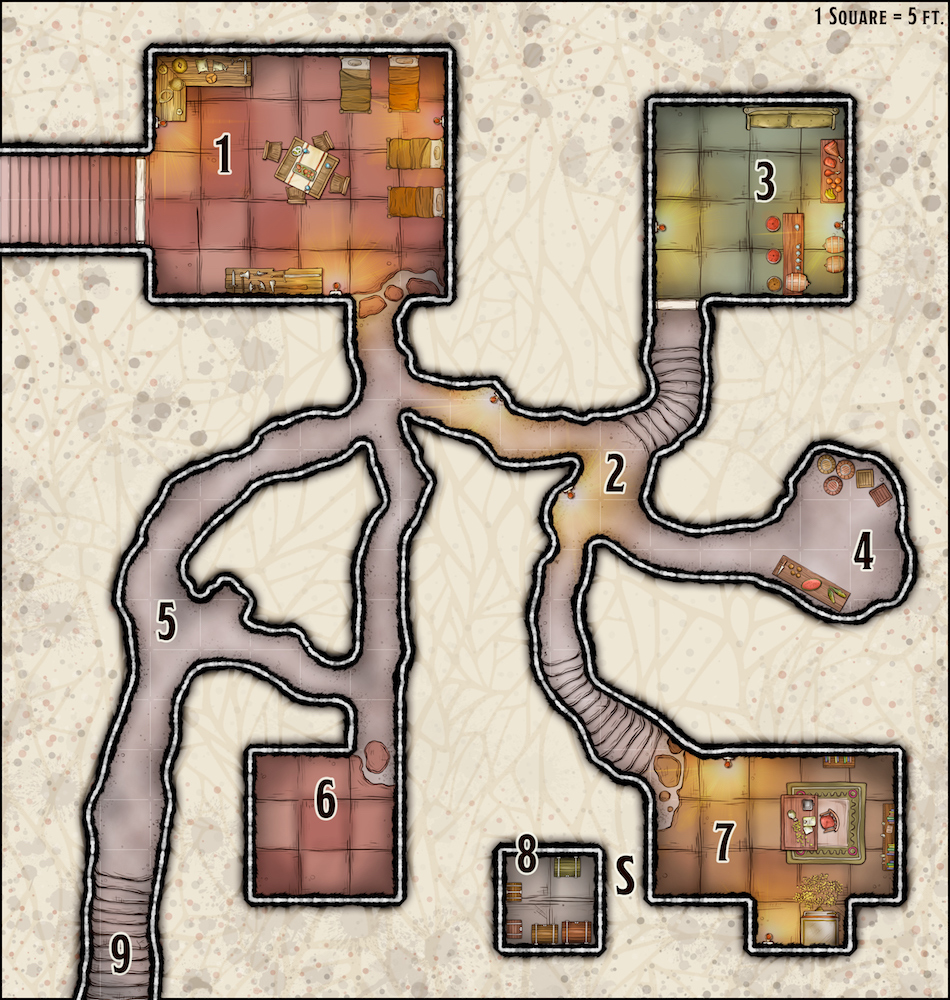 The large city of Ardennia is not without its internal hardships. People labor, walk, buy, sell, and do a million things every day to make ends meet but there are a few things that do not quite work as intended. What follows is how the city turned on itself because of a ridiculous policy.

It all started two months ago when it turned out that the prince is allergic to avocados. The poor kid got so sick he almost perished in his high castle. Weeks later, when the kid was back playing in the yard, the king decided that avocadoes were too large a threat and outlawed them. He did not particularly like or dislike them so it was nothing to him. And the prince would never miss them. And thus avocados became a forbidden import in Ardennia. Farmers could still grow them but they had to find buyers in other cities or towns. It is needless to explain the reaction of the commonfolk. Most people love avocados and the sudden prohibition made them even more desirable.

People did not oppose the ludicrous policy openly because the City Watch is known to stomp on protests at the slightest provocation. So people turned to the black market. The demand for avocados was such that smugglers and criminal guilds turned their focus to the green gold. Some groups dropped other illegal activities to focus on transporting, smuggling, and selling avocados. To the City Watch officials, all these reports of criminals handling vegetables sound like the deluded inventions of an insane mind. Thus is the reality in Ardennia now.

One of the most successful gangs that handle avocado-trafficking is a group of twelve individuals who partnered recently and renamed themselves “The Avocado Guild”. They are not the only criminal cell in the city working with avocados but they are the most successful so far. Their leader is an obscure criminal figure that clawed his way from the bottom of the underworld named Hou Hyun. He is a short, slim, but athletic man who became popular in the medium because of his infiltration abilities and his dexterity with short blades. His reputation as a merciless fighter and a cunning strategist precedes him.

Hou Hyun was the first to see the opportunity for profit after the new law was announced and all avocado shipments were stopped short at the city gates. He dropped the guild he played along with and invited a select group of deft individuals to work with him. He is now in an advantageous position. He went from grunt/infiltrator to guild boss in a matter of weeks. He now handles more gold and assets than the previous guild he worked for, and his associates are well paid to guarantee their loyalties. Due to his fast success and notoriety in the underworld, Hou Hyun has many enemies both within the crime guilds and the City Watch.

The Avocado Guild set up shop in an abandoned complex underground close to the sewers. There was no apparent reason for the chambers to be there as far as they could see. Some of the chambers featured eroded stone tiles and walls while other sections appear to be natural cave systems interconnected. One of the tunnels continues south for a few miles and leads to an area outside the city walls, inside a farm. Hou Hyun bought the farm and they now have the perfect way to bring avocados inside the city. His people buy shipments directly from the farms and bring them to the guild farm with the tunnel. They then carry the avocados themselves or on mules trained to traverse the tunnel. Once inside the city, Hou Hyun’s bouncers move the merchandise around the city and sell it fast. The demand is such that avocados never go bad. What is worse is the fact that some nobles and members of the City Watch also buy directly from them. They get a steep discount to keep them appeased and to avoid any potential crackdown from the authorities.

The Captain of the City Watch is not amused, however. He loves avocados but he loves enforcing the law more. He has not eaten an avocado, nor accepted any bribe that includes them since the law was enacted. He is a stern man that believes in the law system and how it pushes society to a better world. He knows that his force is corrupt and that many officers are either on the Avocado Guild payroll or buy avocados from them. The Captain cannot trust them. So, he came up with a different solution. He posted an anonymous bounty announcement on the notice board near the castle and some other locations too. He is offering a hefty reward for sellswords or adventurers to track down the Avocado Guild and dismantle their operation.

This room features a set of double reinforced doors. It can only be opened from the inside. The room features four bunk beds, a dining table, and two wooden tables with weaponry and varied equipment on them. Guild members are seldom all in the lair as there are not enough beds for most. The passage west leads to a trapdoor in a large stable inside the city.

The south tunnel is 8 miles long and connected to a large number of caves and passages that are still uncharted. Sometimes wild creatures from the depths wander into the Avocado Guild lair. Most of the time they are large rodents and reptiles. But a few nasty creatures from below have tried their luck assaulting the lair too. A large net trap protects the intersection. When a creature moves through and pulls a trigger line on the floor, a large net falls from the ceiling and traps any creature in a 5-foot-radius. Any creature within the area must make a suc­cessful DC 14 Dexterity saving throw or become restrained.

The guild members set up a lounge/bar in this chamber. They take turns serving drinks. Ana, the wife of one of the smugglers, is usually in this room. She sometimes cooks food for the guys and serves drinks. Her apparent disregard for the criminal operation and homely attitude is nothing but a trick. Together with her husband Trevor, she is planning to overtake Hou Hyun. They plan that she will seduce the chief and bring him to a vulnerable location where Trevor will kill him.

That is the plan as Trevor knows it. But Ana has not decided whether to betray Hou Hyun or her husband. She is toying with the idea of staying with the boss and dump Trevor.

This is where they keep the avocados. Avocado crates are here only a few hours before they are moved to the city and sold. Hou Hyun trusts his men and has not yet felt the need to secure this location. At any given time, there are 1d6 crates of avocados here. In the current market conditions, each crate is worth 6 gold pieces.

This intersection features a large net trap. It is identical to the one in Area 2.

This location is used as an improvised cell from time to time. Creatures caught by the net traps end up here before Hou Hyun decides what to do. The guild has brought members of the City Watch on several occasions as prisoners too. After a combination of persuasion, duress, and bribing all of them have accepted the guild’s terms.

The leader of the organization is here during the day to manage the guild’s affairs. Paper pages with numbers and logs on them are on the desk. Hou Hyun is not a great accountant but he is doing his best. A large iron safe box by the south wall is where he keeps the guild’s profits of the week. Hou Hyun pays his people weekly and usually throws a tip to keep them engaged and happy. Hou Hyun employs two bodyguards who accompany him everywhere. They used to be knights but both were stripped from their titles a decade ago. Hou Hyun employed them because they are veterans and only listen to the sound of money.

Only Hou Hyun and his bodyguards know of this secret room. Pushing two bricks on the wall at the same time causes a fake panel to slide sideways and reveal the secret passage. There are several wooden chests inside the ten by ten room. They are unlocked and contain the entirety of the guild’s profits since Hou Hyun started it. The treasure is in silver and gold coins and valuables, bank checks, precious stones, and jewelry. The collective value of the hoard is 7250gp.

If Hou Hyun is confronted by a group of adventurers in his office. He reacts in a calm way and explains that he values the amount of force they possess since they have fought their way to his office. Hou Hyun offers to triple the reward the City Watch Captain offered and agrees to name them his lieutenants.

The tunnel extends south several miles and exits in the stable of a farm. The tunnel is more or less straight but it features countless side tunnels and intersections. Smugglers have etched marks on some stones to mark the way but they are easy to miss if the person traversing the tunnel does not know they are there. A passive Perception score of 16 or higher reveals the marks and its apparent use.

These are the general features of the Avocado Guild Lair. It is located several stories under the city in an area loosely connected to the sewers.

Terrain. The lair features two types of terrain. The old eroded stone tiles are preserved well. They do not impede movement. The caves feature rough, uneven soil. The caves are considered difficult terrain.

Doors. The entrance double doors are wooden and reinforced with metal bars. It has a large iron latch that can only be opened from inside Area 1.

Light. Torch sconces on the walls provide bright light in limited areas. The rest of the complex is in complete darkness.