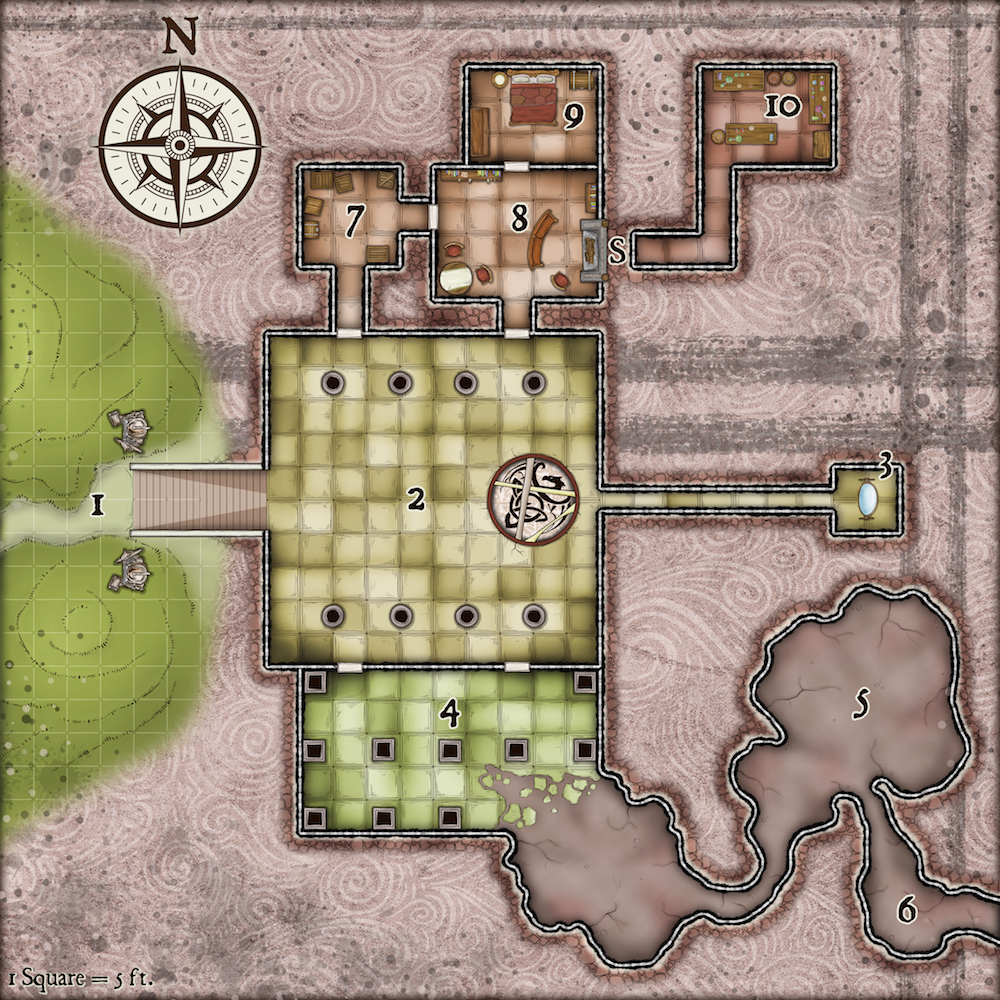 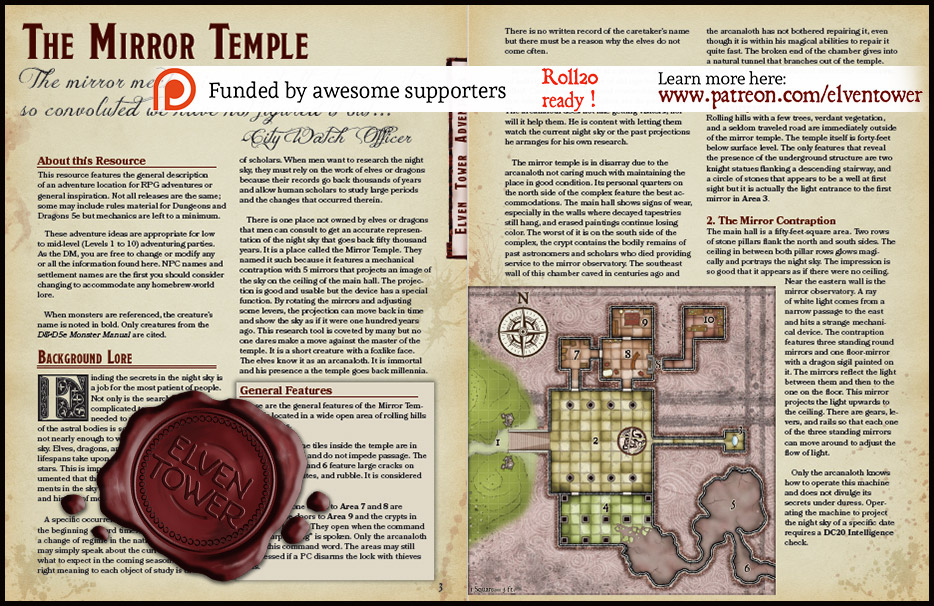 Finding the secrets in the night sky is a job for the most patient of people. Not only is the search slow and complicated to perform, but the time needed to understand the movement of the astral bodies is so large that a human life is not nearly enough to witness the patterns in the sky. Elves, dragons, and other beings with large lifespans take upon themselves the study of the stars. This is important labor because it is well documented that the movements, patterns, and alignments in the sky have an influence over the lives and history of mortals in the material realm.

A specific occurrence in the sky might signify the beginning of hard times, it may well announce a change of regime in the nations of men, or it may simply speak about the current weather and what to expect in the coming season. Finding the right meaning to each object of study is the work of scholars. When men want to research the night sky, they must rely on the work of elves or dragons because their records go back thousands of years and allow human scholars to study large periods and the changes that occurred therein.

There is one place not owned by elves or dragons that men can consult to get an accurate representation of the night sky that goes back fifty thousand years. It is a place called the Mirror Temple. They named it such because it features a mechanical contraption with 5 mirrors that projects an image of the sky on the ceiling of the main hall. The projection is good and usable but the device has a special function. By rotating the mirrors and adjusting some levers, the projection can move back in time and show the sky as if it were one hundred years ago. This research tool is coveted by many but no one dares make a move against the master of the temple. It is a short creature with a foxlike face. The elves know it as an arcanaloth. It is immortal and his presence a the temple goes back millennia. There is no written record of the caretaker’s name but there must be a reason why the elves do not come often.

In reality, the arcanaloth is a secretive and secluded individual. It will not die of old age but it can be killed. Cataloging the sky and researching patterns that take millennia to complete are its pastimes. The arcanaloth does not like getting visitors, nor will it help them. He is content with letting them watch the current night sky or the past projections he arranges for his own research.

The mirror temple is in disarray due to the arcanaloth not caring much with maintaining the place in good condition. Its personal quarters on the north side of the complex feature the best accommodations. The main hall shows signs of wear, especially in the walls where decayed tapestries still hang, and erased paintings continue losing color. The worst of it is on the south side of the complex, the crypt contains the bodily remains of past astronomers and scholars who died providing service to the mirror observatory. The southeast wall of this chamber caved in centuries ago and the arcanaloth has not bothered repairing it, even though it is within his magical abilities to repair it quite fast. The broken end of the chamber gives into a natural tunnel that branches out of the temple. There are recent footprints of insect-like creatures.

Rolling hills with a few trees, verdant vegetation, and a seldom traveled road are immediately outside of the mirror temple. The temple itself is forty-feet below surface level. The only features that reveal the presence of the underground structure are two knight statues flanking a descending stairway, and a circle of stones that appears to be a well at first sight but it is actually the light entrance to the first mirror in Area 3.

The main hall is a fifty-feet-square area. Two rows of stone pillars flank the north and south sides. The ceiling in between both pillar rows glows magically and portrays the night sky. The impression is so good that it appears as if there were no ceiling. Near the eastern wall is the mirror observatory. A ray of white light comes from a narrow passage to the east and hits a strange mechanical device. The contraption features three standing round mirrors and one floor-mirror with a dragon sigil painted on it. The mirrors reflect the light between them and then to the one on the floor. This mirror projects the light upwards to the ceiling. There are gears, levers, and rails so that each one of the three standing mirrors can move around to adjust the flow of light.

Only the arcanaloth knows how to operate this machine and does not divulge its secrets under duress. Operating the machine to project the night sky of a specific date requires a DC20 Intelligence check.

After a long narrow passage, a large standing mirror reflects the light from a hole on the roof to the mirror observatory. Adjusting the mirror to change the light from its current position turns off the projection in Area 2.

The crypts are in bad condition. The southeast wall caved in and water leaking from the soil above makes the place damp and humid. The water leaks have been going on for a long time; there is water corrosion evidence on many of the niches. The astronomers and researchers that rest here are angry because of their current condition. Three of them emerge as wraiths and attack any visitors without an opportunity for negotiation. If destroyed, they reform within 1d6 days. The wraiths cannot move into the main hall but they can pursue visitors into the caves. Restoring the crypts to its former state makes the angry spirits finally rest.

What appears to be an unremarkable cave chamber turns out to be an ambush. The ceiling of the cave has many stalactites but two of them are actually ropers camouflaged and waiting patiently for unwary visitors. There are broken parts of chitin and bones of small animals littering the floor, evidence of past prey.

The cave tunnel slants downwards and continues for several miles. A strange acre/bitter smell gets stronger the deeper you go. After a mile or so, the concentration of this gas in the air is dangerous to breathe but that is not the only problem. The slightest spark or fire ignites the tunnel and kills any living creature in it.

The old storage room is a relic of olden times when the observatory had a larger staff. The crates and boxes in the room are rotten, they can barely hold themselves together. The contents are either rotten or turned to dust. There is nothing of value or interest in this room.

When not working, the arcanaloth spends most of its time in this chamber. There is a magical bookcase that reorganizes itself by moving the shelves around. It holds then times the books it appears to have. The books, scrolls, and treaties found here are worth thousands of gold coins due to the rarity of the knowledge and secrets they contain. About half of the material refers to the study of the stars and the overarching conclusions the dragons, the elves, and the arcanaloth agree with. This information, along with careful confirmation by operating the mirror observatory is paramount for the adventurers to discover whatever piece of information that has eluded them thus far.

The arcanaloth enjoys alchemy and practices with strange ingredients in this chamber. Three wooden tables feature lots of glasses, lab equipment, distillers, and other alchemy paraphernalia. There are 12 random magical potions in the cabinet. There are two small vials with dark liquid inside. A short document next to them explains that the vials contain the distilled “humanity” of three of the astronomers that passed away 1200 years ago.

These are the general features of the Mirror Temple. It is located in a wide open area of rolling hills and few trees.

Terrain. The stone tiles inside the temple are in average condition and do not impede passage. The tunnels of Area 5 and 6 feature large cracks on the floor, stalagmites, and rubble. It is considered difficult terrain.

Doors. The stone doors to Area 7 and 8 are unlocked. The doors to Area 9 and the crypts in Area 4 are locked. They open when the command word “Sarpuckeng” is spoken. Only the arcanaloth knows this command word. The areas may still be accessed if a PC disarms the lock with thieves tools.