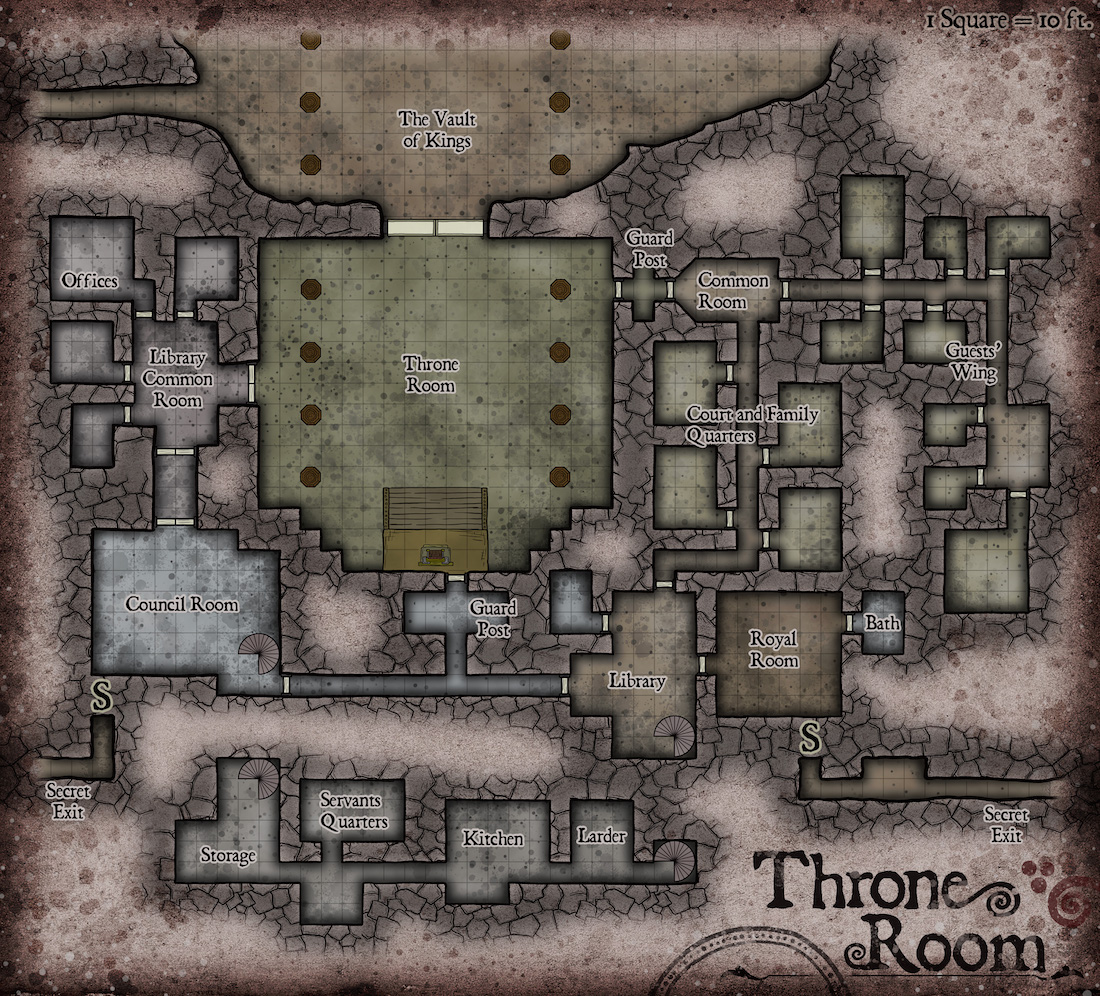 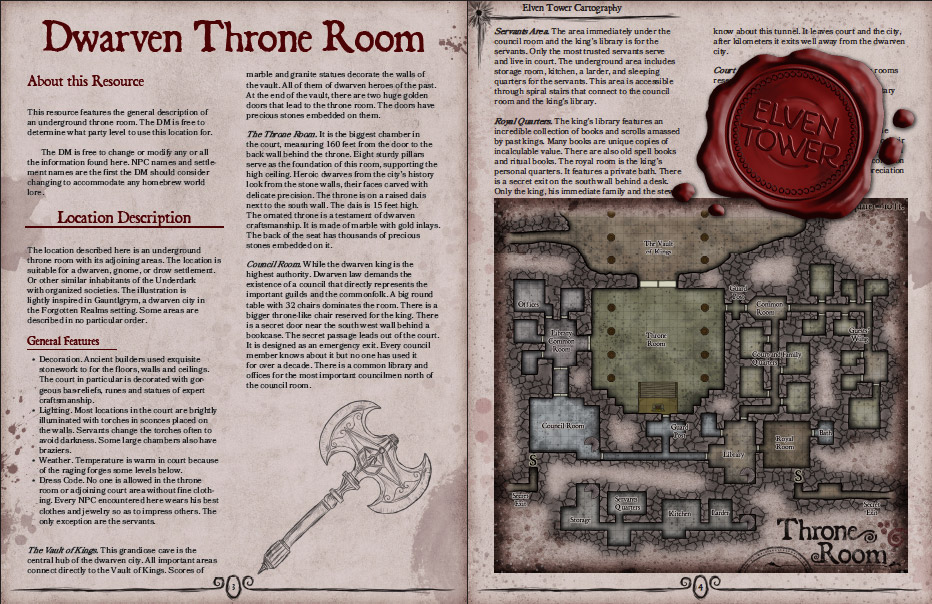 This resource features the general description of an underground throne room. The DM is free to determine what party level to use this location for.

The location described here is an underground throne room with its adjoining areas. The location is suitable for a dwarven, gnome, or drow settlement. Or other similar inhabitants of the Underdark with organized societies. The illustration is lightly inspired in Gauntlgrym, a dwarven city in the Forgotten Realms setting. Some areas are described in no particular order.

The Vault of Kings. This grandiose cave is the central hub of the dwarven city. All important areas connect directly to the Vault of Kings. Scores of marble and granite statues decorate the walls of the vault. All of them of dwarven heroes of the past. At the end of the vault, there are two huge golden doors that lead to the throne room. The doors have precious stones embedded on them.

The Throne Room. It is the biggest chamber in the court, measuring 160 feet from the door to the back wall behind the throne. Eight sturdy pillars serve as the foundation of this room, supporting the high ceiling. Heroic dwarves from the city’s history look from the stone walls, their faces carved with delicate precision. The throne is on a raised dais next to the south wall. The dais is 15 feet high. The ornated throne is a testament of dwarven craftsmanship. It is made of marble with gold inlays. The back of the seat has thousands of precious stones embedded on it.

Council Room. While the dwarven king is the highest authority. Dwarven law demands the existence of a council that directly represents the important guilds and the commonfolk. A big round table with 32 chairs dominates the room. There is a bigger throne-like chair reserved for the king. There is a secret door near the south-west wall behind a bookcase. The secret passage leads out of the court. It is designed as an emergency exit. Every council member knows about it but no one has used it for over a decade. There are a common library and offices for the most important councilmen north of the council room.

Royal Quarters. The king’s library features an incredible collection of books and scrolls amassed by past kings. Many books are unique copies of incalculable value. There are also old spell books and ritual books. The royal room is the king’s personal quarters. It features a private bath. There is a secret exit on the south wall behind a desk. Only the king, his immediate family and the steward know about this tunnel. It leaves court and the city, after kilometers it exits well away from the dwarven city.

Court and Family Quarters. Four luxurious rooms reserved for the king’s immediate family, his steward and sometimes a distinguished dignitary from a foreign place.

Guests’ Wing. Almost ten rooms and common rooms reserved for court members. The people living in court come and go often, according to their own affairs. There is usually a son or two of foreign kings living here as squires/apprentices. A common practice among noble families to show appreciation and as a token of peace.