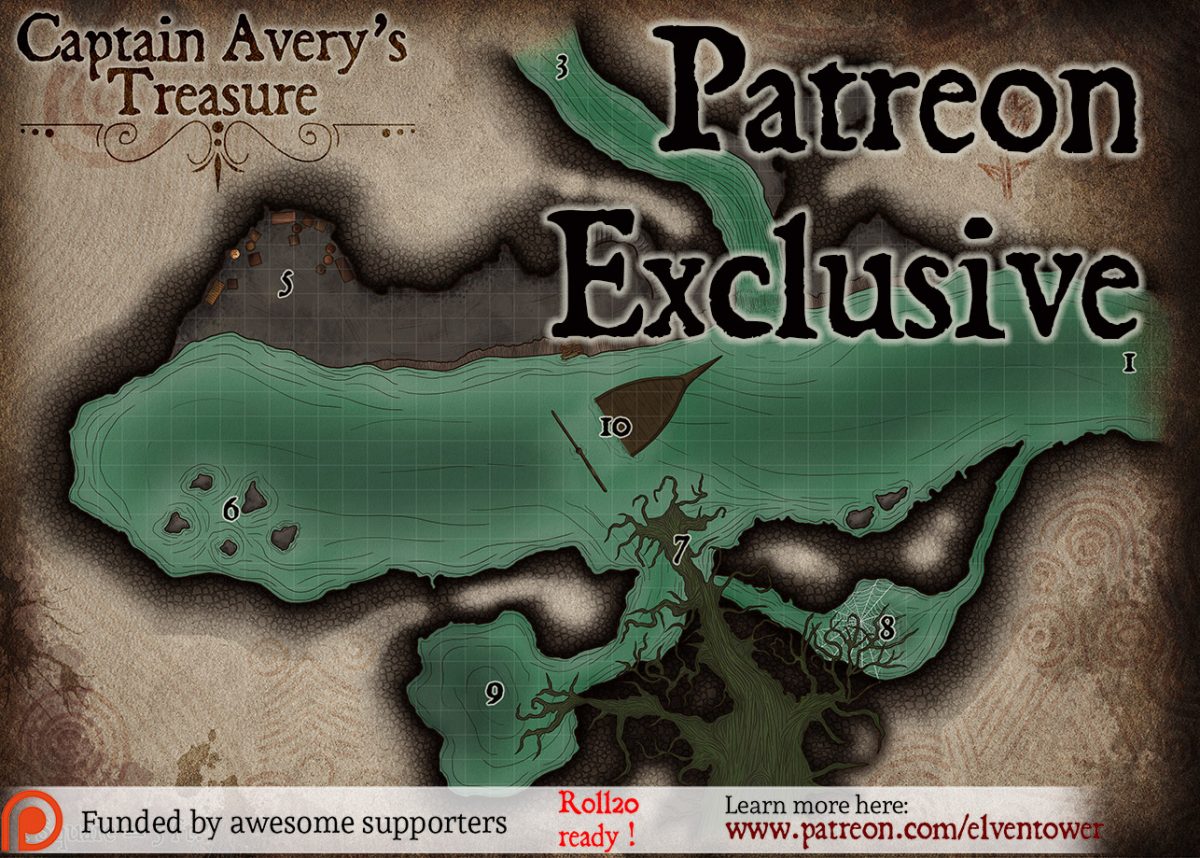 This illustration and adventure were released exclusively for my paying subscribers at Patreon. Feel free to check out my Patreon site here. This happens a few times a month but I will keep on updating this website with awesome new content. A pirates’ adventure!

It’s about a famous captain from the last century who managed to strike a truce with other 5 captains. They joined their fleets and were feared by all. They settled a pirate paradise in an uncharted island and ruled the seas for some years. In the end, as expected, the revolution ate itself. The pirate captains turned against one another and the dream faded. Captain Avery managed to steal the other pirates’ treasure and put it in his flagship. But before he could escape, he lost his life. The ship stayed in the secret grove in his island. After decades, the ship decayed and it sank to the bottom. The spice and art objects were ruined, but all the gold, gems and magic items are still there.

No one has gone there yet because no one has found the island. Most people think it’s just a legend. The adventure idea is perfect for treasure hunters. 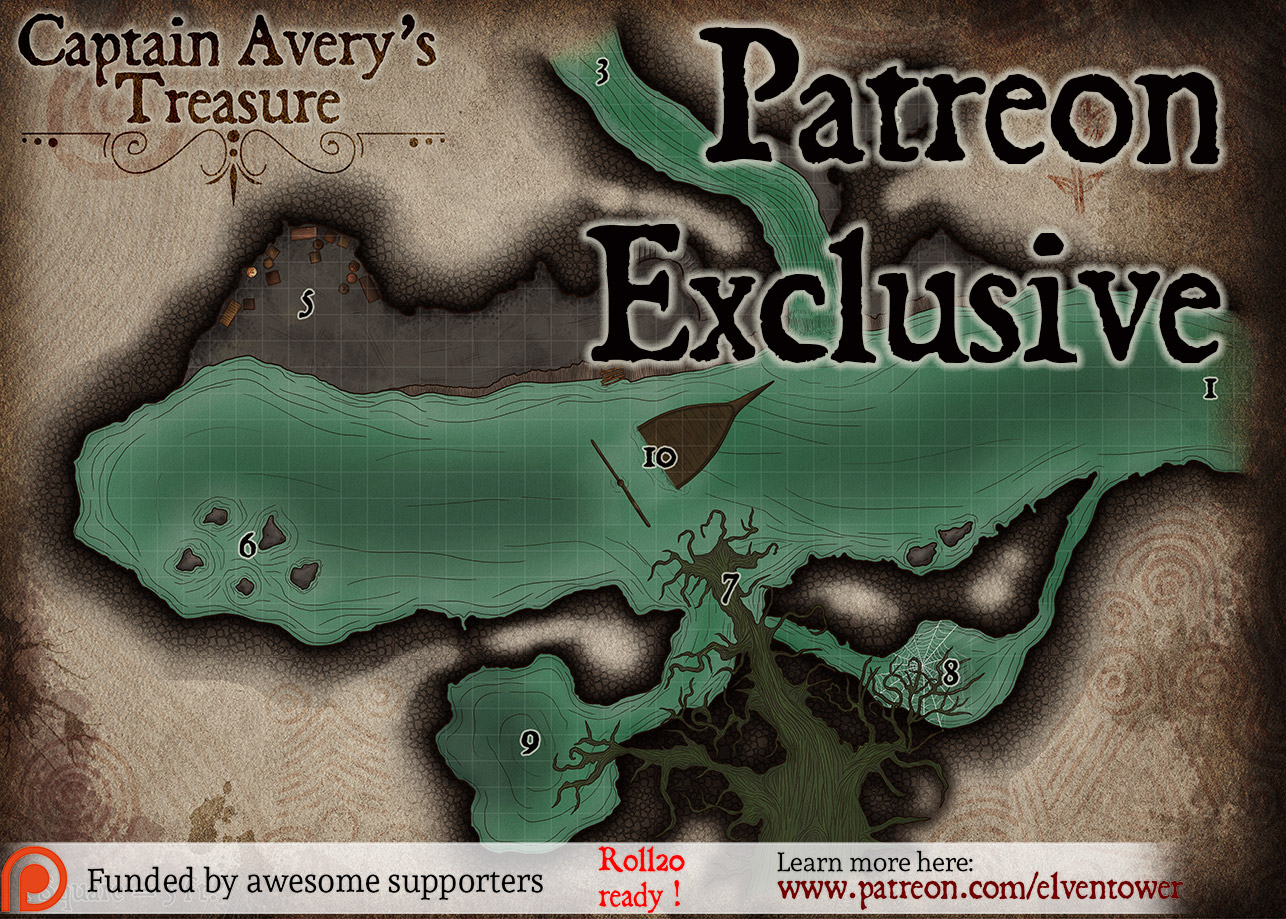 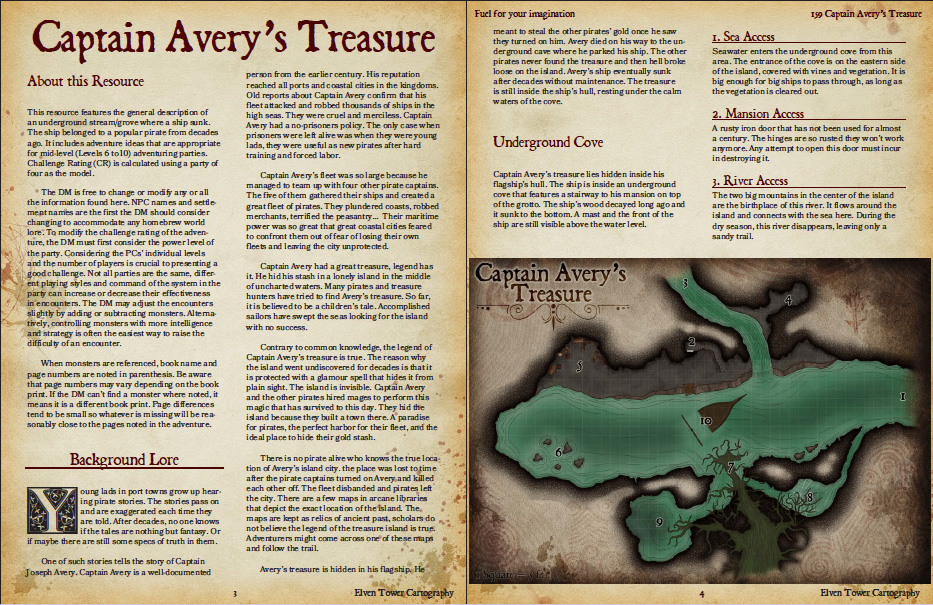