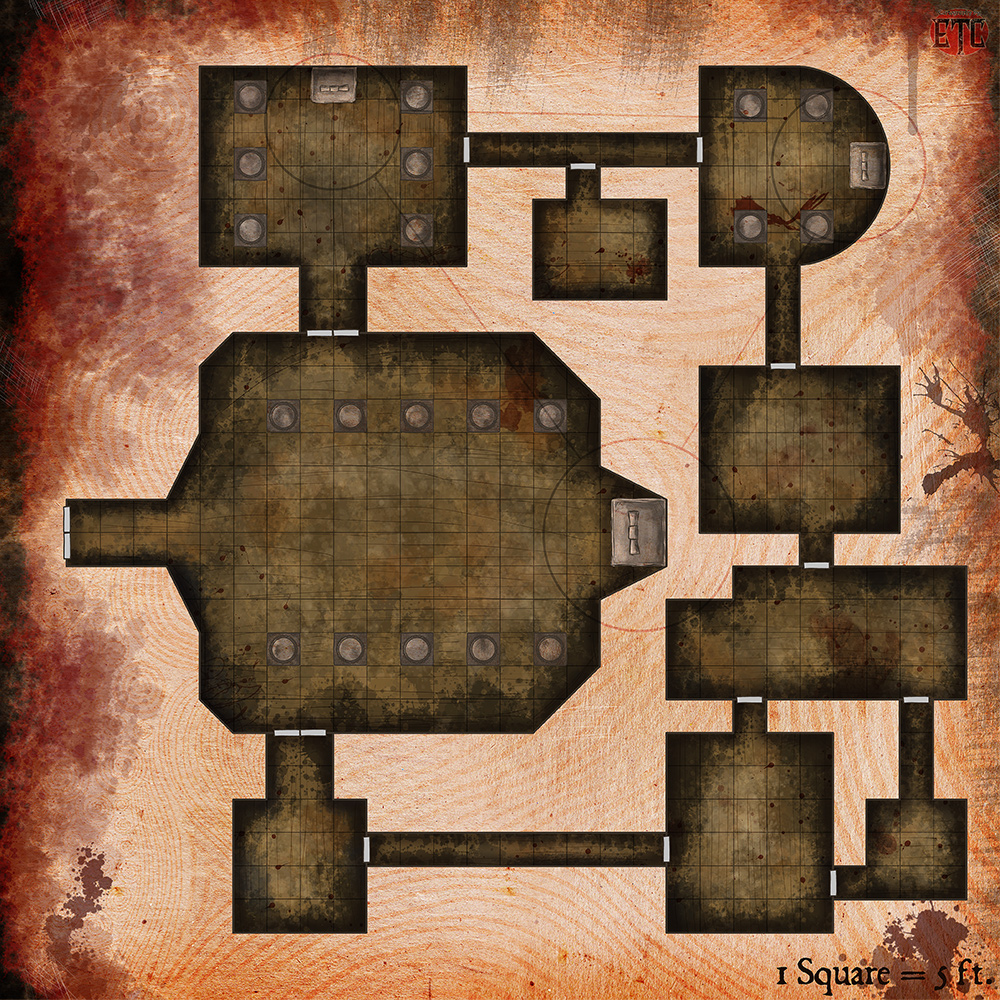 This gaming aid has a very specific purpose in a story. It is aimed for a mid level party (4-7) which had a party member die recently. If you wish to introduce a one-shot adventure for the PC to be revived, this will be a great resource. For this to work as intended, the party will have to request a resurrection at a local temple in a big city. That is difficult to obtain or so expensive that the party will have no choice but to leave empty handed. During the investigation for a proper place to request such a service, they will come in contact with a scholar/archeologist. This person has some very useful information to rely to the adventurers. In their very particular situation, this will be the only way to bring their comrade back to life.

The next part is written as if told by the archeologist himself. Reading all this to the players in character would be the way to use it, however it is too long of an info-dump to drop just like that. Feel free to convey all this information in the form of a conversation so that the party can also interact and form part of this exchange, while it is happening. Also, feel free to modify any part of this one-shot suggestion to better accommodate your setting and particular game needs.

Very few know that the great capital city was not the first settlement to exist where it sits now. No, eons ago a civilization of more primitive humans lived there. They were different from us, their skulls longer and squatter, they walked with the help of their long forelimbs, they had more body hair too. Some scholars believe these proto-humans are not exactly related to us, more like a sub-race. These scholars believe the gods created the modern civilized races with the whip of a thought, all complete, physically and even culturally. But others students of the past, the ones that unbury bones and relics from the ancient times, have a different proposition. Their allegation is that these proto-humans are our early ancestors. These opinions are so liberal and new that some of them have lost their lives defending these ideas. Specially when they have to defend their position in front of men of faith and ruthless rulers, who would never have their own position and past placed in jeopardy because of “findings in the dirt” as they often all them.

I’m losing myself, I offer you an apology, I always deviate from what I really want to say. Regardless of the origin of these ancient settlers, or their relationship with us, It’s important to understand that they were not as primitive or as simple as most scholars have us believe. When I was younger I dedicated my life to unearthing bits of their civilizations and the things my team and I found cannot be interpreted as primitive. Just to give you some examples, they existed so long ago that there is no written record we could ever find, paper and parchment rots over time, but we found scripted tablets and hieroglyphs in caves. Deciphering their meaning has been the task of my life and many others’. It is specially difficult because just like us, they had different languages, and we have not a single example of a translation. So I must confess our progress is stagnant. If only the court’s wizard would help us with his spells things would be different. But as it is right now, the king will never allow it, or the church for that matter. One of my colleagues is a student of the magical arts, he is not a mage himself but understands a lot more than the regular folk. He is certain that some of the scripted tablets describe spells or some sort of magical manifestation of power. Can you imagine the type of magic that existed ages ago?

Speaking about the church, there a very interesting fact you could experience first hand if you are brave enough, of if you see yourselves in great need. Though do not take my word for it, these are just legends, or gossip. Downtown near the market you can find the great Cathedral of Lathander. Well, it was built on top of an old temple that had been there since forever. Like the other things I’ve told you, almost no one is aware of this. The place is accessible through the sewers under the cathedral, I visited the place twice with my research team. All the information we have comes from the first expedition.

When we first opened the double stone slabs that serve as doors, we found ourselves inside a great gallery. Ten sturdy rock pillars lined the room. Everything was built from the very stone that supports our city. At the end of the gallery we could barely see a stone altar, just outside of our torches’ reach. The walls in this chamber were forty feet tall. I suspect that the place had never been visited since the capital was founded and the cathedral built. We found scriptures and bas-reliefs carved on the stone walls. The language is certainly one we have seen before in other excavation sites, not that we could understand much of it. We decided to camp there for hours to study as much as we could, we didn’t bring enough food or resources for an extended stay.

A fascinating thing occurred when we explored the altar. It consisted of a stone base and a great marble tablet standing on it. It was scripted in runes from top to bottom, even the sides and back. We started copying the runes on our pads because these were new forms we had not seen previously. As we “read” them to copy them, their meaning slipped itself into our minds, forming like a fish swimming from the bottom of a pond into the surface of our understanding. Runes turned to ideas and group of runes turned to complete phrases and ideologies and moments later we were able to translate the entirety of the altar’s runes. It was an amazing feeling for archeologists like us to be able to understand something we had been researching for years. Then it hit us, this altar was still imbued with a magical effect that let anyone understand its meaning. The primitives had magic and we were right about that.

We learned that the place’s name was “The Temple of Ash” and that it worship an entity called Aarung, a god of sorts for the primitive settlers. This was a place of worship but the most important part was why the altar was made to be readable to all. It explained the function of the temple which was to bring important people or entities back to life. Now I understand this sounds fantastic but it is what it said. It explained that there are a total of three altars like that one in the temple. It explained a complicated process of curating a corpse in oil and then bring it to each of the three altars and recite the prayer scripted in each. After doing so, the person would be restored to life.

We had the whole process and the prayers copied on our pads, you know? Later that day we came back and informed a representative of the king, this was the final straw that would have the real authorities believe and back our claim. Unfortunately those backwards bastards saw it as something akin to witchcraft, they threatened to imprison us and destroyed our copied documents. It was terrible, what do you think we did after that? Ha ha ha, like good scientist we disregarded the threats and went back down the next day, this was a breakthrough. Not the reviving altar or anything like that, but that readable stone would serve as the basis to translate those ancient languages, we finally had a translation to work from. We went there again but lo and behold, as soon as we reached the altar the side doors of the main chamber opened and a group of non living guards approached with rusted scimitars. Some of us were quick and got out of there fast, the rest we never saw again.

It is really unfortunate, this happened about two years ago. I’m too old for adventures and though I can defend myself, I never was much of a fighter. Obviously I’m more of the student type. I am really sorry that your friend died, and I am well aware that securing a high official from the church to help you is rather expensive and almost downright impossible without strong contacts. So take my story with a grain of salt, but I know what I saw and my reputation backs my opinion. You look strong enough to defend yourselves down there, it might well be worth the effort to see if the Temple of Ash still holds the magic to bring a person back to life.

About the temple and resurrection ritual

Describing more details about the ancient primitives or the exact process of the resurrection ritual goes beyond the scope of this game aid. Feel free to adapt and introduce any kind of information related to your own adventure of home world in the temple scripts. The temple is defended by undead or constructs since it was hermetically closed for years. Choose challenges appropriate to the party’s level.