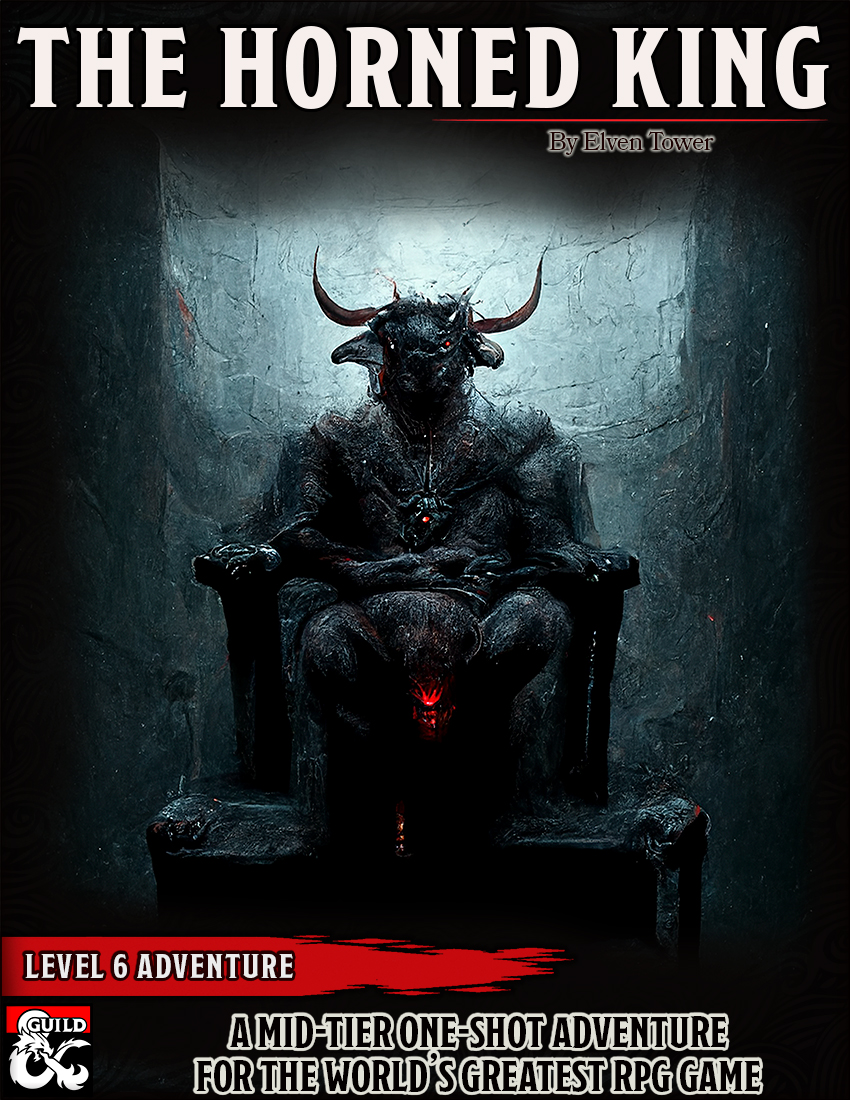 In The Horned King, the adventurers must face a dangerous threat from the past! Almost two hundred years ago, a king in love with combat and war had the most violent life. During his reign, he had the chance to put his fighting abilities to the test over and over. He became famous for his reckless demeanor and his brutal combat techniques. But the king was betrayed. His court mage grew tired of his brute personality and cursed him. The spell would turn him to stone forever.

But the king fought the mage’s hex with incredible will and managed to slow the petrification process but only not indefinitely. While he could, he unleashed his rage and fury but in the end, he turned into a statue. As a mockery, the people of the city put him on a throne, inside a forgotten place. But they ignored that the king would wake up every 100 years. His horned helmet fused to his head and transformed into a monster. The Horned King’s arrival will not catch the people of Vallaran City unaware again…

This level 6 adventure has two awesome dungeon-crawling experiences, tons of treasures and deadly traps, and the opportunity to earn recognition by freeing the region from a terrible threat!