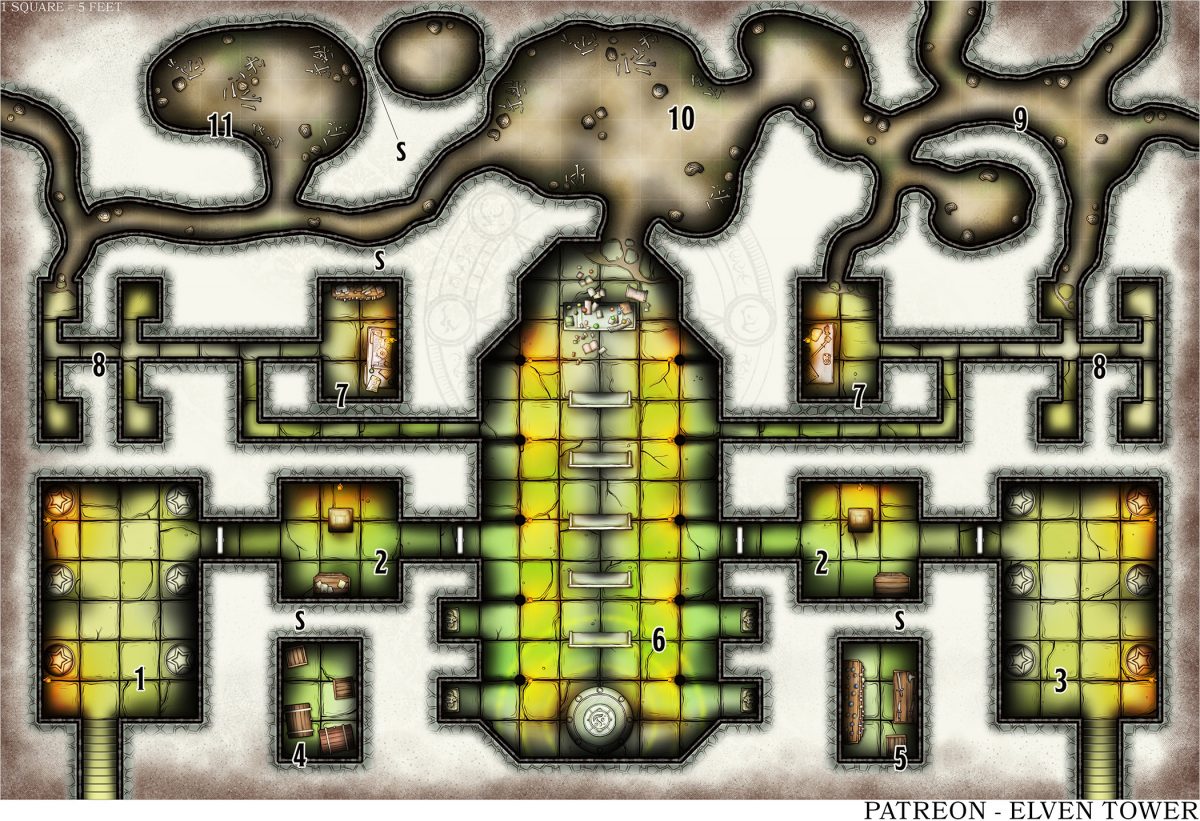 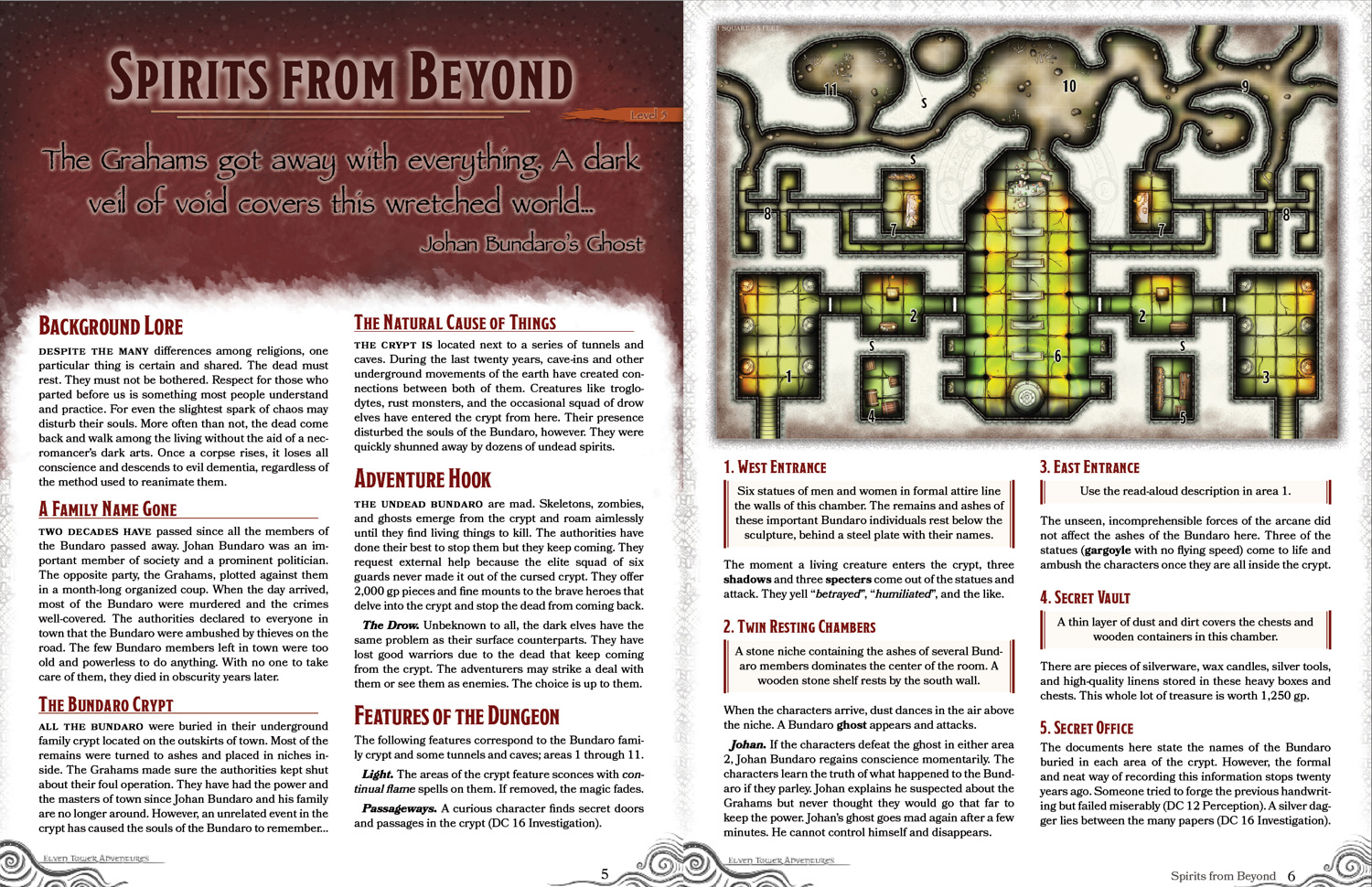 The Grahams got away with everything. A dark veil of void covers this wretched world…

Despite the many differences among religions, one particular thing is certain and shared. The dead must rest. They must not be bothered. Respect for those who parted before us is something most people understand and practice. For even the slightest spark of chaos may disturb their souls. More often than not, the dead come back and walk among the living without the aid of a nec­romancer’s dark arts. Once a corpse rises, it loses all conscience and descends into evil dementia, regardless of the method used to reanimate them.

Two decades have passed since all the members of the Bundaro passed away. Johan Bundaro was an im­portant member of society and a prominent politician. The opposite party, the Grahams, plotted against them in a month-long organized coup. When the day arrived, most of the Bundaro were murdered and the crimes well-covered. The authorities declared to everyone in town that the Bundaro were ambushed by thieves on the road. The few Bundaro members left in town were too old and powerless to do anything. With no one to take care of them, they died in obscurity years later.

All the Bundaro were buried in their underground family crypt located on the outskirts of town. Most of the remains were turned to ashes and placed in niches in­side. The Grahams made sure the authorities kept shut about their foul operation. They have had the power and the masters of town since Johan Bundaro and his family are no longer around. However, an unrelated event in the crypt has caused the souls of the Bundaro to remember…

The Natural Cause of Things

The Crypt is located next to a series of tunnels and caves. During the last twenty years, cave-ins and other underground movements of the earth have created con­nections between both of them. Creatures like troglo­dytes, rust monsters, and the occasional squad of drow elves have entered the crypt from here. Their presence disturbed the souls of the Bundaro, however. They were quickly shunned away by dozens of undead spirits.

The undead Bundaro are mad. Skeletons, zombies, and ghosts emerge from the crypt and roam until they find living creatures or people to kill. The authorities have done their best to stop them but they keep coming. They request external help because the elite squad of six guards never made it out of the cursed crypt. They offer 2,000 gp pieces and fine mounts to the brave heroes that delve into the crypt and stop the dead from coming back.

The Drow. Unbeknown to all, the underground elves have the same problem as their surface counterparts. They have lost good warriors due to the relentless un­dead. The adventurers may strike a deal with them or see them as enemies. The choice is up to them.

The following features correspond to the Bundaro fami­ly crypt and some tunnels and caves; areas 1 through 11.

Light. The areas of the crypt feature sconces with con­tinual flame spells on them. If removed, the magic fades.

Six statues of men and women in formal attire line the walls of this chamber. The remains and ashes of these important Bundaro individuals rest below the sculpture, behind a steel plate with their names.

The moment a living creature enters the crypt, three shadows and three specters come out of the statues and attack. They yell “betrayed”, “humiliated”, and the like.

A stone niche containing the ashes of several Bund­aro members dominates the center of the room. A wooden stone shelf rests by the south wall.

When the characters arrive, dust dances in the air above the niche. A Bundaro ghost appears and attacks.

Johan. If the characters defeat the ghost in either area 2, Johan Bundaro regains conscience momentarily. The characters learn the truth of what happened to the Bund­aro if they parley. Johan explains he suspected the Gra­hams but never thought they would go that far to keep the power. Johan’s ghost goes mad again after a few min­utes. He cannot control himself and disappears.

Use the read-aloud description in area 1.

The unseen, incomprehensible forces of the arcane did not affect the ashes of the Bundaro here. Three of the statues (gargoyle with no flying speed) come to life and ambush the characters once they are all inside the crypt.

A thin layer of dust and dirt covers the chests and wooden containers in this chamber.

There are pieces of silverware, wax candles, silver tools, and high-quality linens stored in these heavy boxes and chests. This whole lot of treasure is worth 1,250 gp.

The documents here state the names of the Bundaro buried in each area of the crypt. However, the formal and neat way of recording this information stops twenty years ago. Someone tried to forge the previous handwrit­ing but failed miserably (DC 12 Perception). A silver dag­ger lies between the many papers (DC 16 Investigation).

This large nave features a row of stone benches; a stone circle with runes dominates the back. Ten col­umns with torches flank the central procession.

The number of undead that were reanimated during the troglodyte and drow’s intrusions altered the arcane at­mosphere of the crypt. The magic circle that once served the Bundaro priests fills with corruption and sends sub­tle waves of necrotic energy throughout the crypt.

Revenge. When the characters arrive there are four skeletons, four zombies, and two shadows here. They yell “Damn the Grahams!” before attacking. They can­not be reasoned with. Two rounds after the battle starts, the magic circle creates two wights. Two rounds after that, the foul magic creates three ghouls and one ghast. A protection from evil spell cast on the magic circle pre­vents the summoning of more undead (DC 14 Religion).

Both these chambers are filled with embalming tools and the accouterments of religious rituals. Common works on burying ceremonies rest on the shelf on the east wall.

Tiny alcoves await at the end of these corridors. Countless rows of funerary niches line the walls.

Two shadows guard each of these areas. They attack and chase anyone that goes to area 9 or 11 through the narrow tunnels or disturbs the Bundaro remains here.

The characters find several tracks on the ground. They belong to two humanoid species: troglodytes and drow elves (DC 14 Survival). The tracks go in all directions.

Tunnels. The cavern network is endless. Exploring the uncharted territory eventually leads to the Underworld.

The dark cavern smells of death. Small mounds of bones and guts are scattered on the ground.

When the characters arrive, they see four drow warriors fighting two skeletons and three zombies. The dark elves want the undead gone too. The characters are free to fight them, help them, or stay idle. Their actions earn them the friendship or the enmity of the drow, though.

The characters clean the crypt of any threat and stop the creation of more undead. What they do with the truth about the Bundaro and the Grahams is up to them. If the heroes befriend the drow, the elves might help them. However, those are adventures for another day… 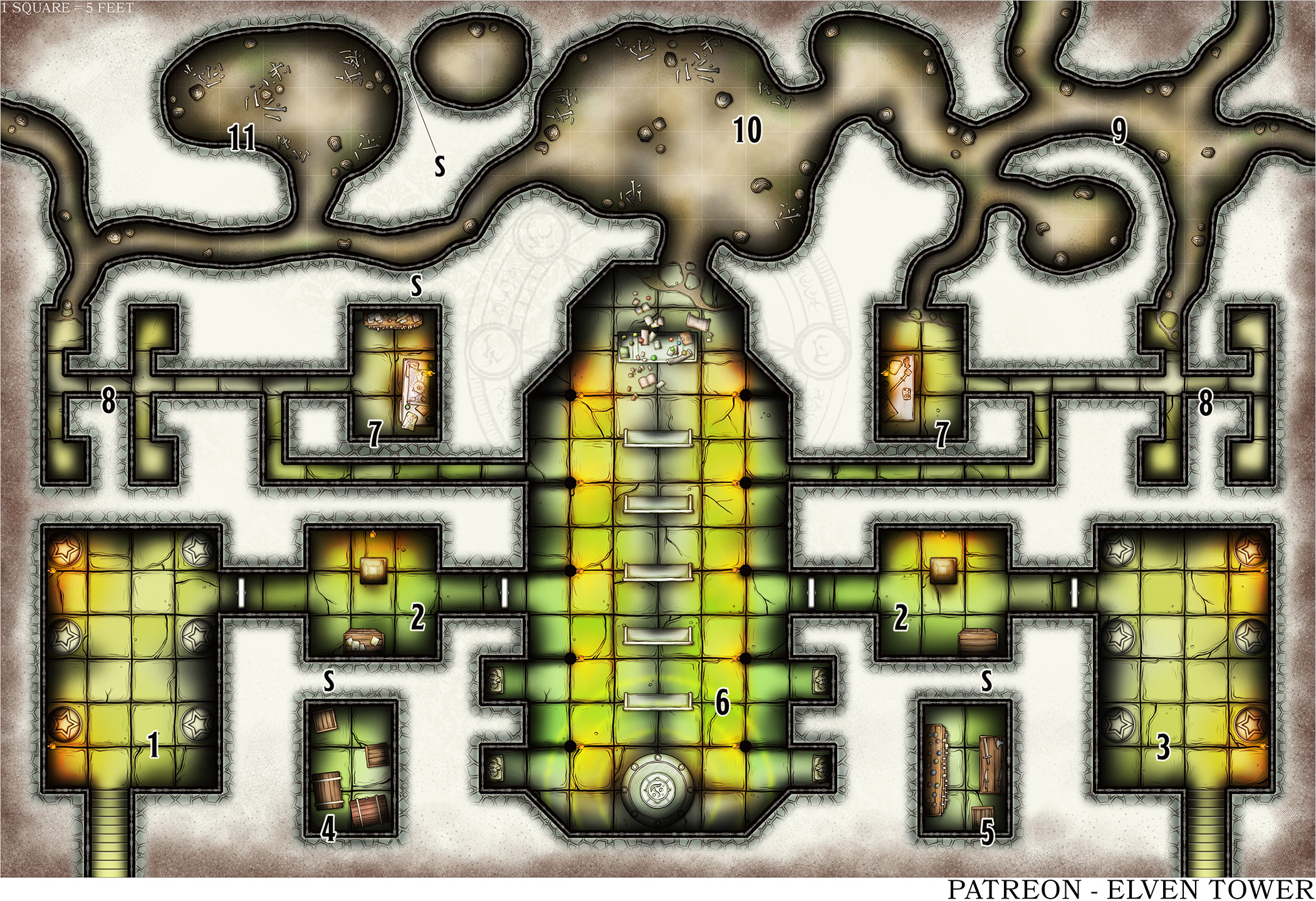