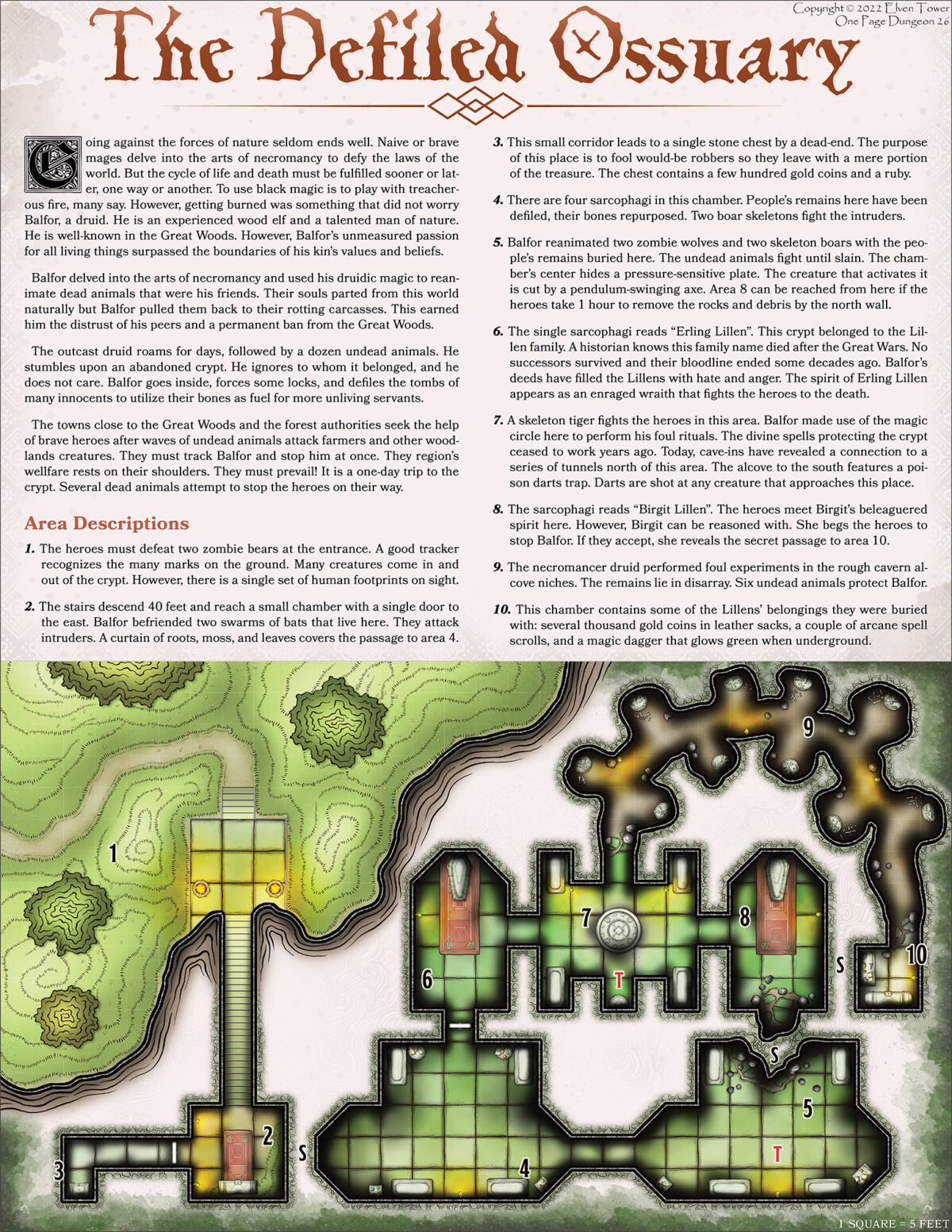 This is our 26th installment of the one-page dungeon series. The objective is to create self-contained adventures/dungeons with all things necessary to spawn fun adventures on a single page. It is system neutral so it can be easily ported to any system. It shouldn’t be much trouble to include it in any medieval setting.

Going against the forces of nature seldom ends well. Naive or brave mages delve into the arts of necromancy to defy the laws of the world. But the cycle of life and death must be fulfilled sooner or later, one way or another. To use black magic is to play with treacherous fire, many say. However, getting burned was something that did not worry Balfor, a druid. He is an experienced wood elf and a talented man of nature.

The druid has settled in an abandoned crypt and used the bodily remains therein to craft undead abominations that roam the forest looking for easy prey. The druid outcast is a peril to the locals and the woodlands creatures that live in the Great Forest. A group of valiant adventurers from a system-neutral campaign may come to save the day. Nah just joking, games aren’t system-neutral but this supplement sure is! 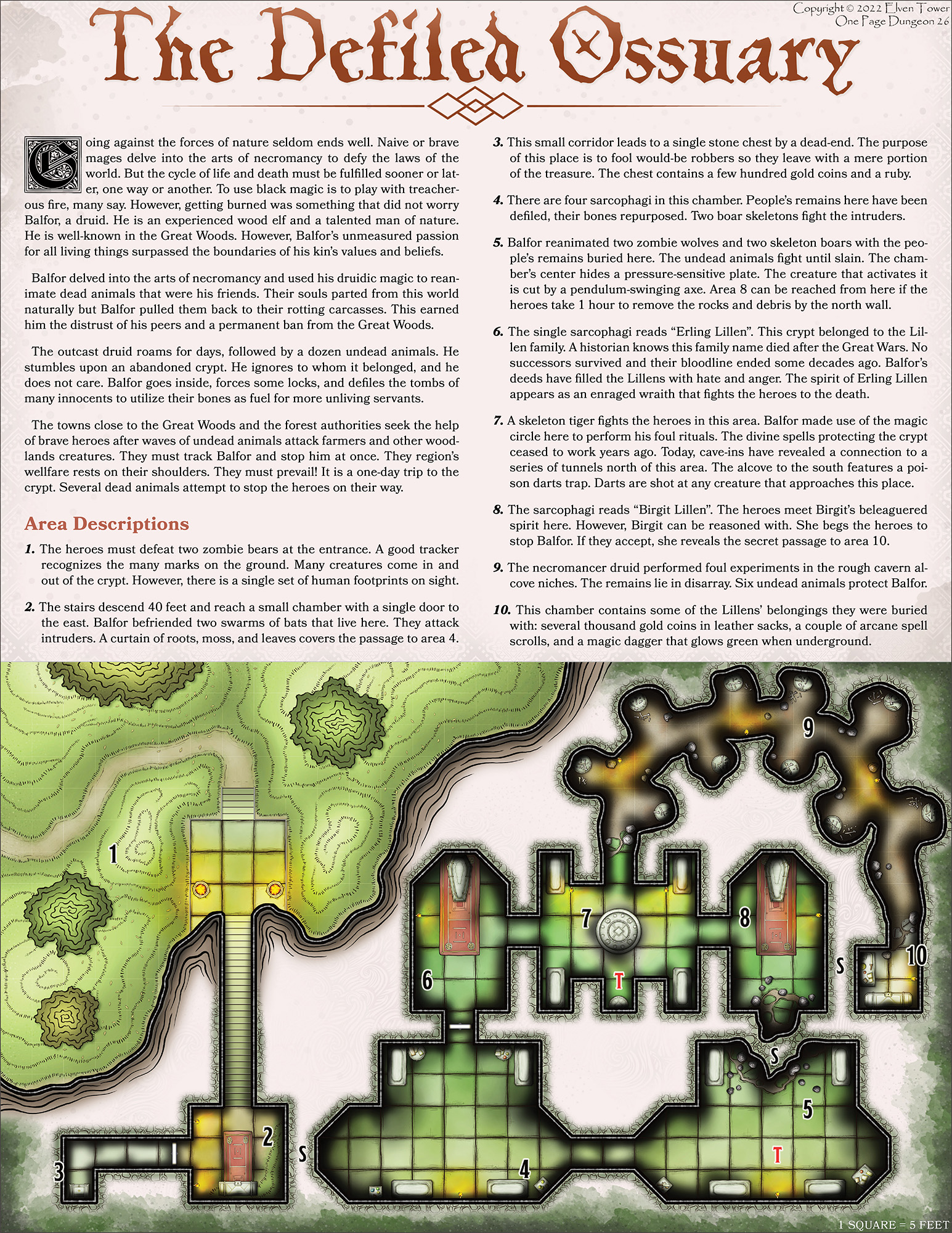