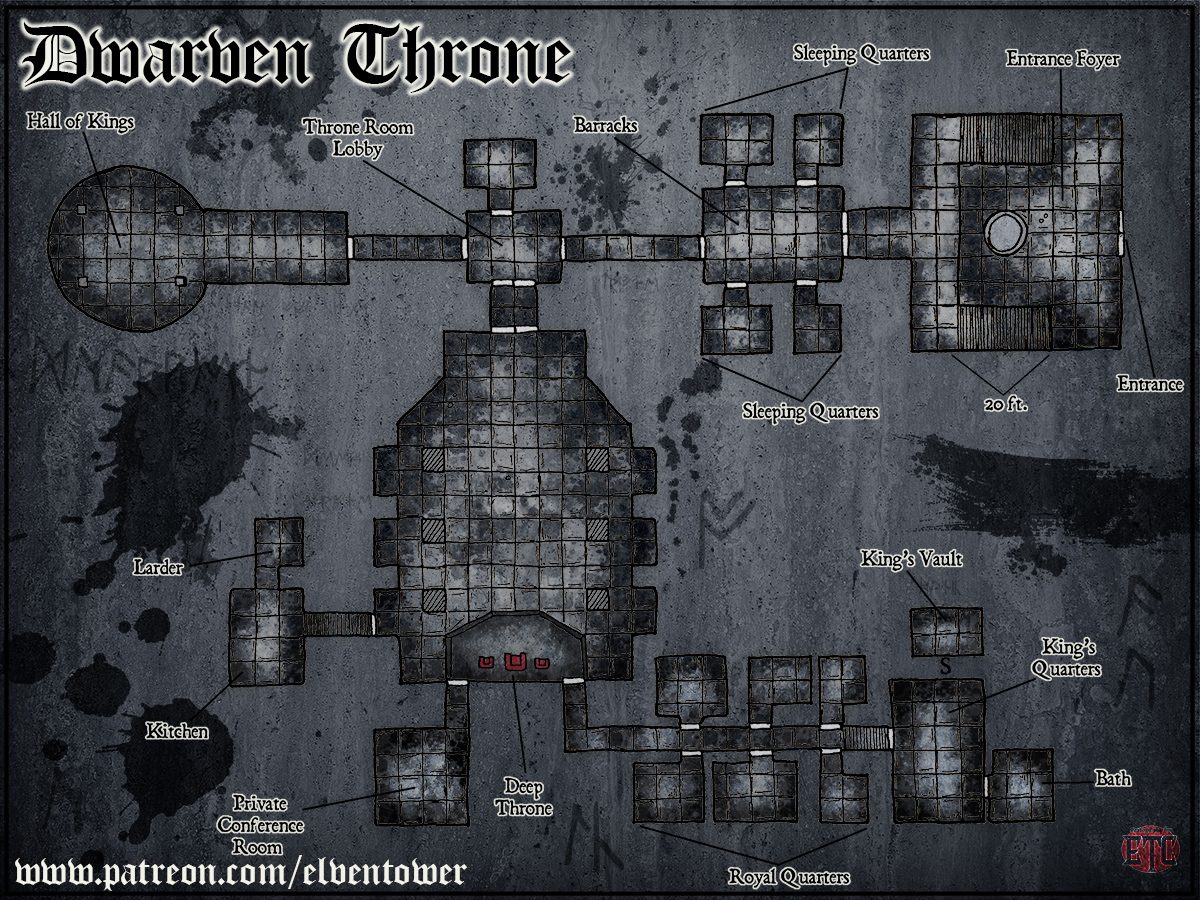 The Deep King, the most respected figure in the underground dwarven kingdoms. He saw personally to the re-taking of their old city, which had been occupied by drow and fouler creatures for a long time.

5 years ago the dwarves followed King Pharlin into a bloody war that would last almost two years. Many lives were lost, they are now remembered with statues and monuments in the city.

The drow were stationed in the city for long years, during this time they did incalculable damage to the city. Murals and statues were defaced, temples destroyed to the last rock, the throne room became a travesty of what it once had been.

After 3 years of rebuilding the ancient settlement. The dwarves are still a long way off recovering the ancient glory of the city. Many areas are still closed off and are being opened slowly, one by one. Fortunately, word has spread that dwarves are back in the underkingdom, month after month more settlers and old citizens return to their home. The more hands they have the faster the city can be returned to its former beauty.

One of the first places to be restored was the throne room, royal quarters and adjoining barracks. It was important for the king to have this place fixed in order to hold meetings and receiving important visitors or messengers from other dwarven kingdoms. Surprised and grateful they found that the hall of kings’ doors were never forced open. Inside, the kings of the past look down on any who visit the room, always watching, always appraising and offering counsel.

This map can be used as fluff supplement when an adventuring party earns an audience with a dwarven king. They can see that the place is very secure and built for defense. Dwarves take defense very seriously, specially if the city is in a place with constant conflict with giants, drow or other underdark creatures..

Alternatively, since this is a battle map. The adventurers could find themselves in the service of a dwarven king in the defense of the king’s keep. If the city is under attack, a very important objective is to keep the king safe. He has able bodyguards with him, but a group of surface adventurers is never a bad idea. A cool idea for an encounter like this is having the throne room complex attacked by a high number of enemies. You can start the fight in the Entrance Foyer, and then have the PCs fall back as they are overrun. Continue the battle in the barracks, then the throne room, and maybe go as far as the king’s quarters, which by the way have a secret room, which can serve as a panic room in extreme situations. 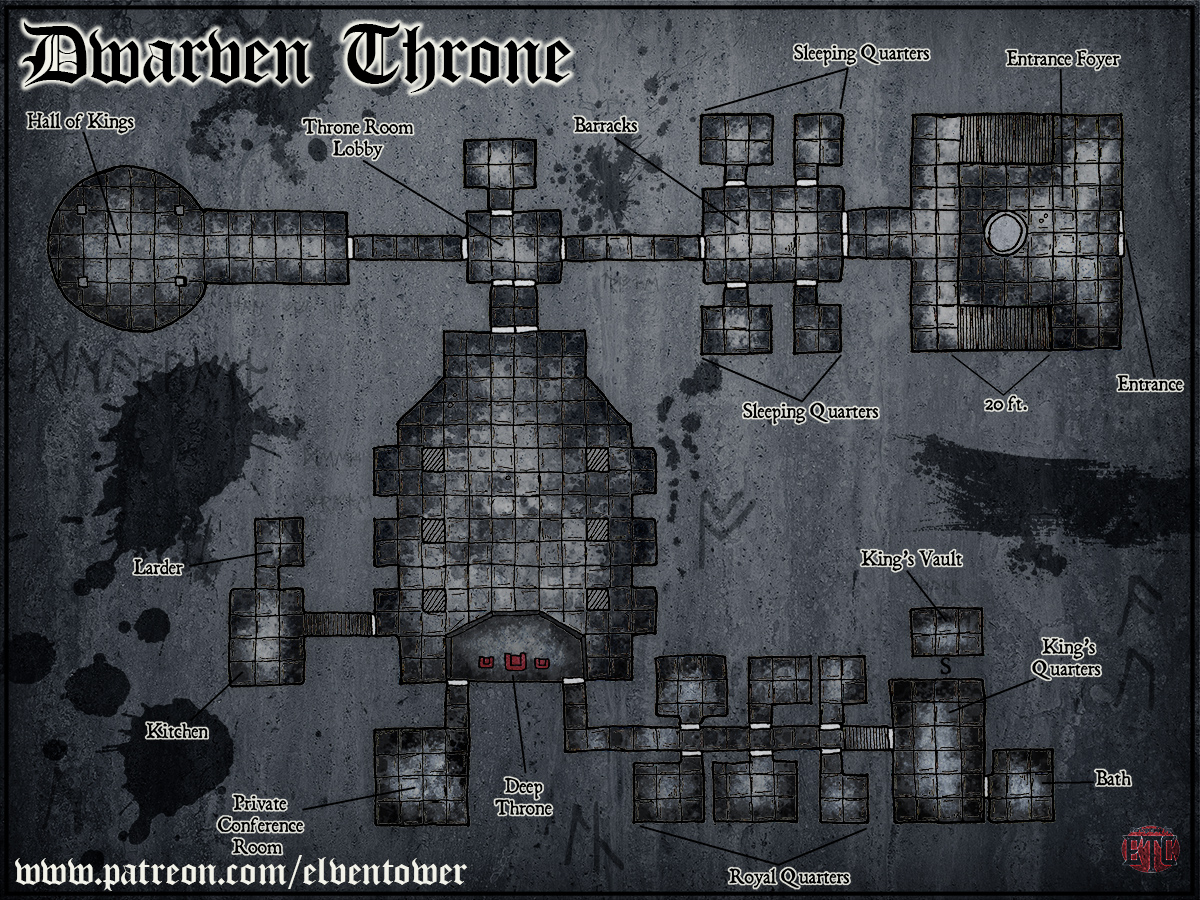