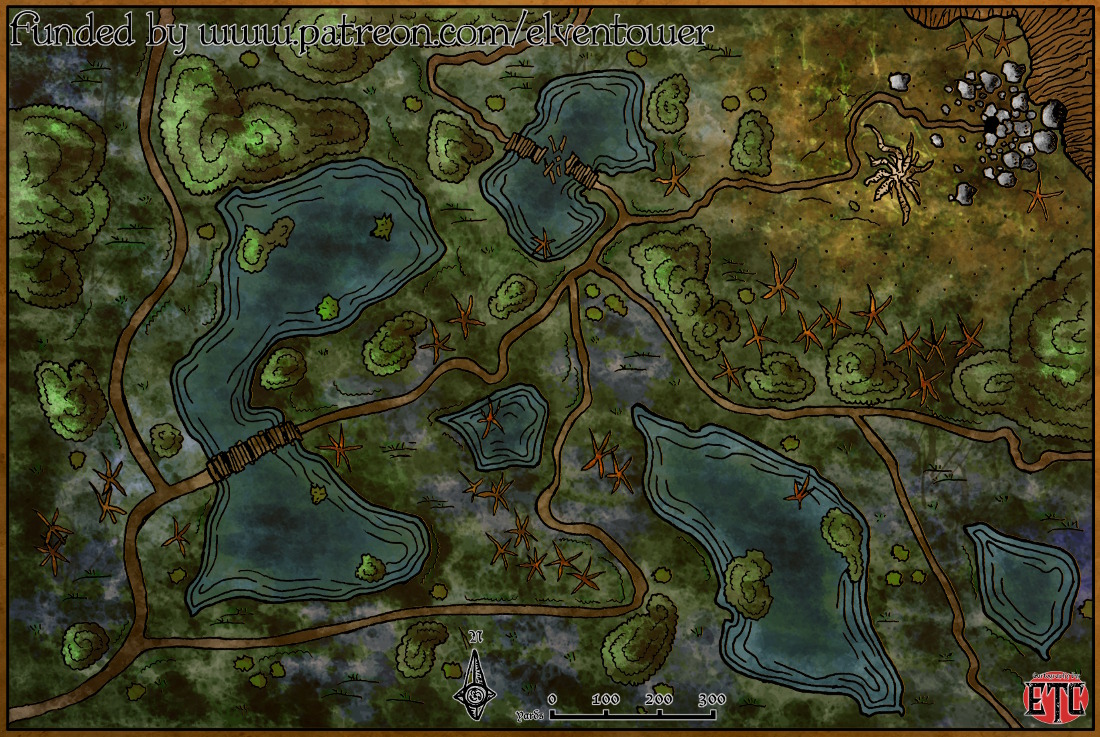 We had no clue what we were getting into.

When we accepted Lord Flegters job, it seemed like a regular exploration-mapping job. We are an experienced group of adventurers. Sometimes we have gotten involved in pretty shady a business, but we’re good with swords, and we have a guy who’s good with them spells.

Currently, I’m hiding in a cave in the middle of the swamp, writing this letter. No one will ever read it probably, I have no more fantasies about my own survival.

We knew the swamp was dangerous but we weren’t expecting the fish men. Those bloody two legged fish folk came out of the muddy waters and attacked us. They carry spears and shields fancied from turtle shells. We lost a man right there, before the fish men went back into the dark waters. We thought we had matters under control, until a few hours later we were attacked by a pack of zombie orcs and two zombie ogres. It was too much for us so we ran.

We ran for what like seemed like an eternity, I don’t even know what happened to our spellcaster ally. Only three of us got as far as the cave entrance. It looked like a good hideout. Or at least we could try to funnel them through a cave hallway and avoid getting surrounded.

But there was a creature inside the cave, I only got a glimpse from it, surrounded by some stone pillars. A tentacle tried to grab me but I was fast. I ran down the cave to get away from the wriggling black tentacles. I could hear my friend’s screams as I ran. When I got to safety, it was just me. I can hear the creature crawling, ever closer and closer.