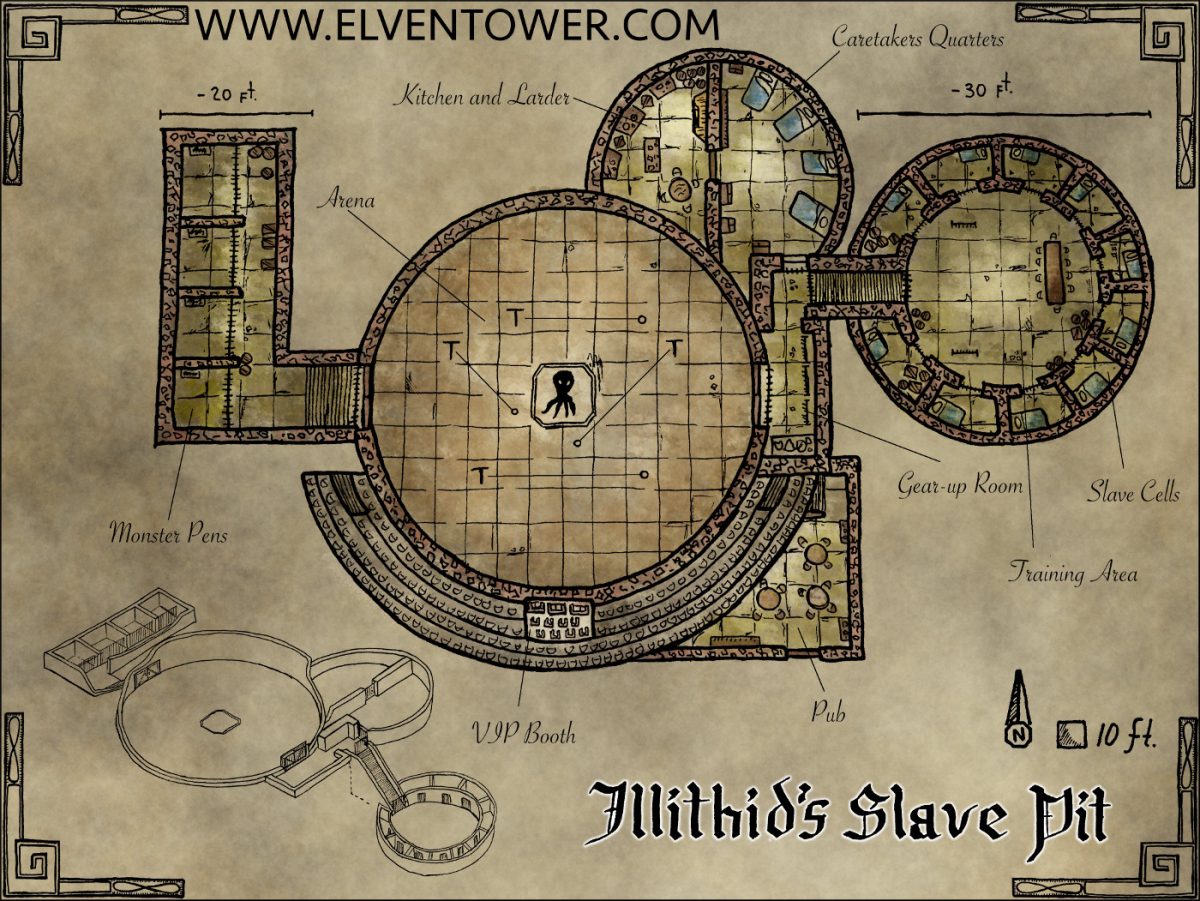 How to use this:

There are two ways to use the next adventure/scenario. The first one is planned, the PCs get into a dangerous situation and you arrange for them to be defeated and captured, to be later transported and imprisoned in the cells. The second one is a safeward for an unwanted TPK. The PCs are defeated and the circumstances can be arranged for them to be stabilized and sold to slavery. Even if defeated by savage creatures, once unconscious, anything can happen. Some opportunists could show up to scare away the dangerous creatures, stabilize the party and sell them to human traders.

The PCs wake up in individual cells, they were sold to Rhukals, an orc slave trainer who often participates in the Illithid’s slave pit. He is cruel and nasty, and doesn’t have a problem with killing a slave to send a message. The PCs don’t have anything but their underclothes. They are fed in their cells, but sometimes they are let out to eat together in the training area. Rhukals is a savage fighter and tries to train his slaves for the pits, his only priority is to impress the Illithid overlords; his own life depends on accomplishing that.

This fighting arena is well hidden in the underdark, it’s relatively close to the surface and the shadiest people come to this place to bet on the life of luckless adventurers. There is a VIP booth where one or sometimes more Illithids watch the fights. They enjoy the sensation of power of having the puny races set to fight dangerous monsters or even among themselves. Close to their seats, they have a control panel for the movable traps in the arena. Each trap causes a fire jet to erupt from the floor when activated, and they can be moved on rails under the floor (the actual rails are shown on the DM map). People in the arena can hear the gears moving under the floor with a successful Perception check (DC 13) and try to guess the location of the trap. If a creature is in the fire jet when it erupts it must succeed on a Dex Save (DC 15) or take 4d6 fire damage, miss half.

Once per week, people, monsters and illithids come to watch the games. Fighters who survive become local ephemeral legends. The audience calls their names when they enter the arena. At least until they are killed and a new hero is born. All doors are barred and reinforced, requiring a successful Str check to open them (DC 22), or a successful Thieves’ Tools check to open them (DC 18); these tools would have to be improvised, thus causing disadvantage on the roll. The arena itself is covered with a magical field that works like a Wall of Force spell. Whenever a fighter is brought to fight, he can gear up in the room next to the arena with anything he wants, there are all kind of weapons, armor, even spell components and arcane foci. After the fight, if he survives, all these gear must be left in the same room. 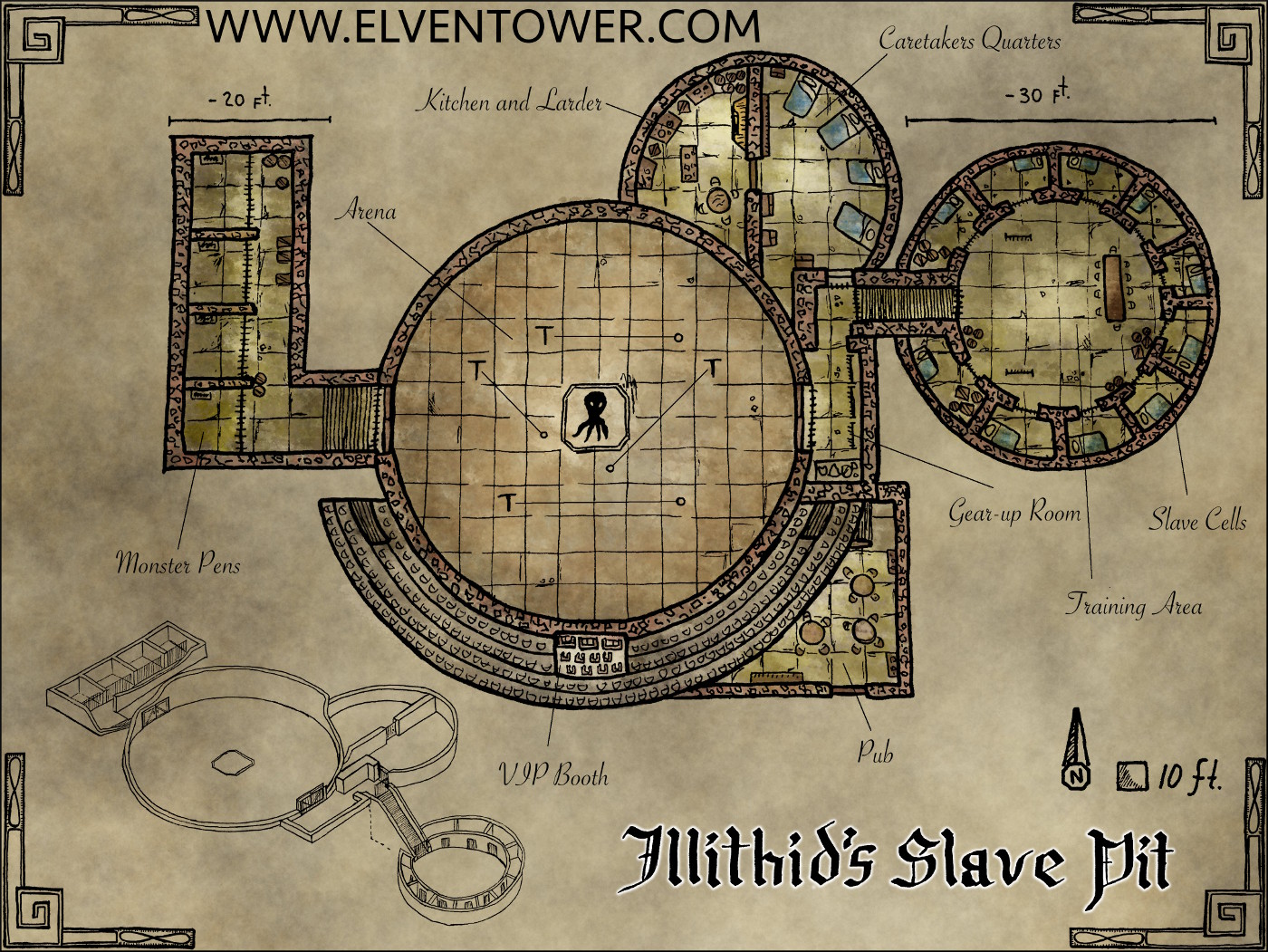