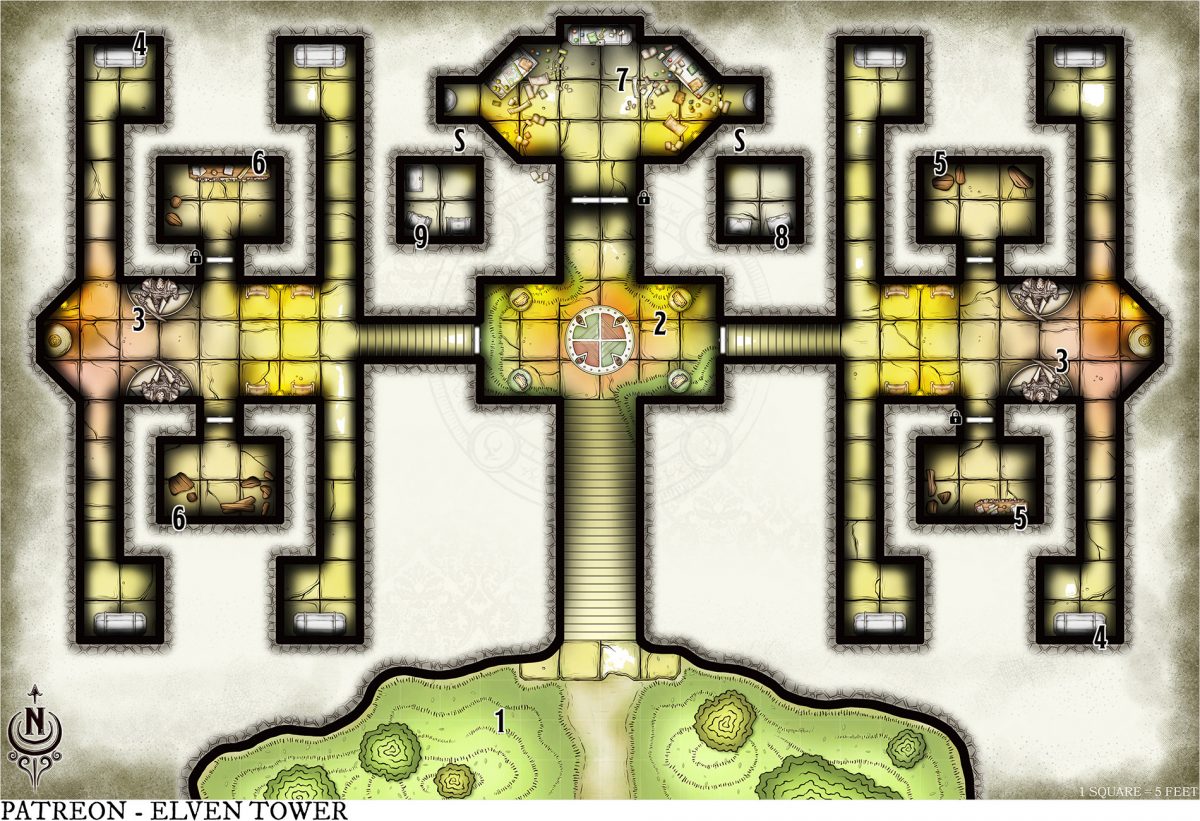 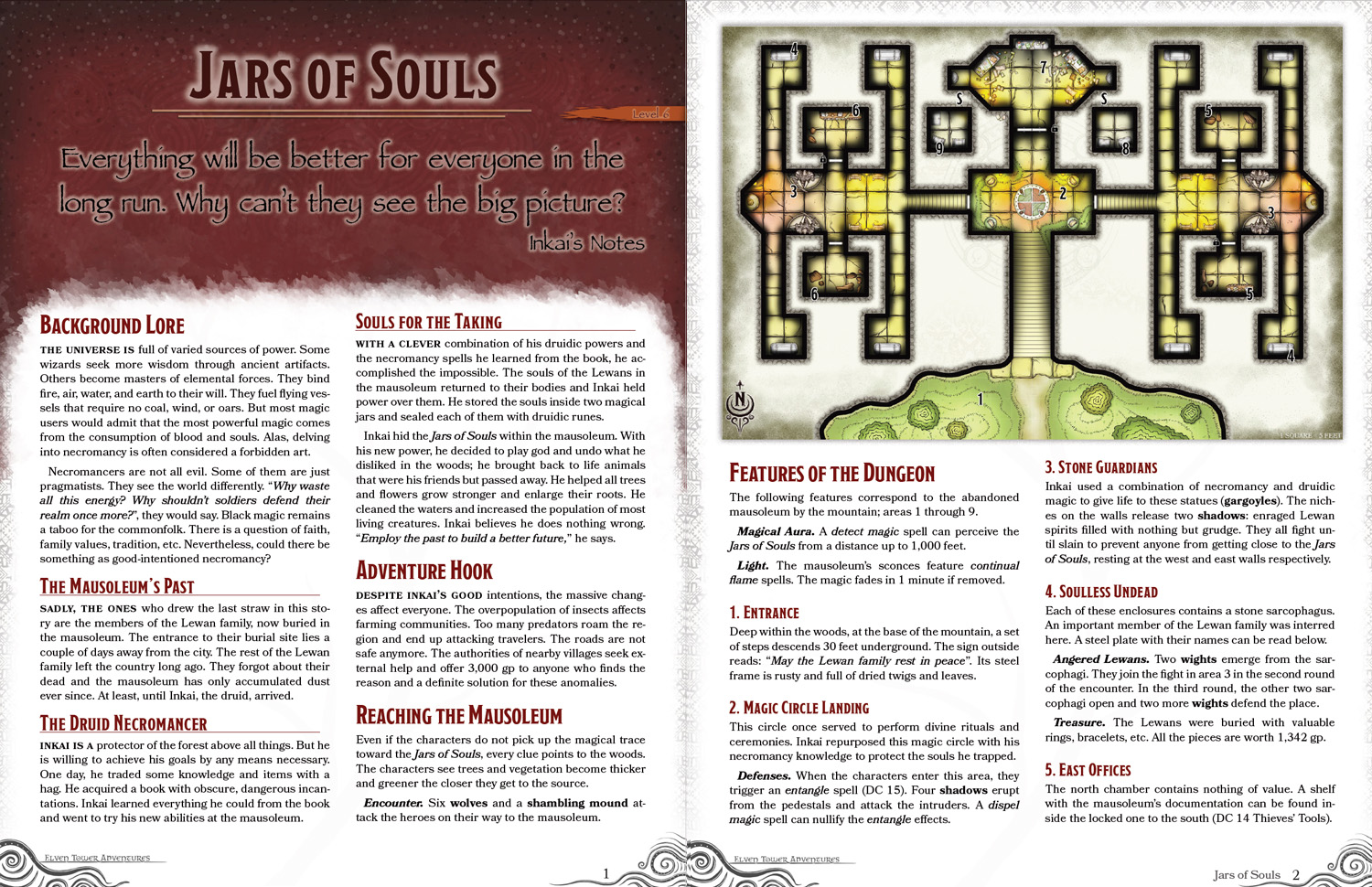 Everything will be better for everyone in the long run. Why can’t they see the big picture?

The universe is full of varied sources of power. Some wizards seek more wisdom through ancient artifacts. Others become masters of elemental forces. They bind fire, air, water, and earth to their will. They fuel flying ves­sels that require no coal, wind, or oars. But most magic users would admit that the most powerful magic comes from the consumption of blood and souls. Alas, delving into necromancy is often considered a forbidden art.

Necromancers are not all evil. Some of them are just pragmatists. They see the world differently. “Why waste all this energy? Why shouldn’t soldiers defend their realm once more?”, they would say. Black magic remains a taboo for the commonfolk. There is a question of faith, family values, tradition, etc. Nevertheless, could there be something as good-intentioned necromancy?

Sadly, the ones who drew the last straw in this sto­ry are the members of the Lewan family, now buried in the mausoleum. The entrance to their burial site lies a couple of days away from the city. The rest of the Lewan family left the country long ago. They forgot about their dead and the mausoleum has only accumulated dust ever since. At least, until Inkai, the druid, arrived.

Inkai is a protector of the forest above all things. But he is willing to achieve his goals by any means necessary. One day, he traded some knowledge and items with a hag. He acquired a book with obscure, dangerous incan­tations. Inkai learned everything he could from the book and went to try his new abilities at the mausoleum.

Souls for the Taking

With a clever combination of his druidic powers and the necromancy spells he learned from the book, he ac­complished the impossible. The souls of the Lewans in the mausoleum returned to their bodies and Inkai held power over them. He stored the souls inside two magical jars and sealed each of them with druidic runes.

Inkai hid the Jars of Souls within the mausoleum. With his new power, he decided to play god and undo what he disliked in the woods; he brought back to life animals that were his friends but passed away. He helped all trees and flowers grow stronger and enlarge their roots. He cleaned the waters and increased the population of most living creatures. Inkai believes he does nothing wrong. “Employ the past to build a better future,” he says.

Despite Inkai’s goodintentions, the massive chang­es affect everyone. The overpopulation of insects affects farming communities. Too many predators roam the re­gion and end up attacking travelers. The roads are not safe anymore. The authorities of nearby villages seek ex­ternal help and offer 3,000 gp to anyone who finds the reason and a definite solution for these anomalies.

Even if the characters do not pick up the magical trace toward the Jars of Souls, every clue points to the woods. The characters see trees and vegetation become thicker and greener the closer they get to the source.

Encounter. Six wolves and a shambling mound at­tack the heroes on their way to the mausoleum.

The following features correspond to the abandoned mausoleum by the mountain; areas 1 through 9.

Magical Aura. A detect magic spell can perceive the Jars of Souls from a distance up to 1,000 feet.

Deep within the woods, at the base of the mountain, a set of steps descends 30 feet underground. The sign outside reads: “May the Lewan family rest in peace”. Its steel frame is rusty and full of dried twigs and leaves.

This circle once served to perform divine rituals and ceremonies. Inkai repurposed this magic circle with his necromancy knowledge to protect the souls he trapped.

Defenses. When the characters enter this area, they trigger an entangle spell (DC 15). Four shadows erupt from the pedestals and attack the intruders. A dispel magic spell can nullify the entangle effects.

Inkai used a combination of necromancy and druidic magic to give life to these statues (gargoyles). The nich­es on the walls release two shadows: enraged Lewan spirits filled with nothing but grudge. They all fight un­til slain to prevent anyone from getting close to the Jars of Souls, resting at the west and east walls respectively.

Each of these enclosures contains a stone sarcophagus. An important member of the Lewan family was interred here. A steel plate with their names can be read below.

Angered Lewans. Two wights emerge from the sar­cophagi. They join the fight in area 3 in the second round of the encounter. In the third round, the other two sar­cophagi open and two more wights defend the place.

Treasure. The Lewans were buried with valuable rings, bracelets, etc. All the pieces are worth 1,342 gp.

The north chamber contains nothing of value. A shelf with the mausoleum’s documentation can be found in­side the locked one to the south (DC 14 Thieves’ Tools).

The characters can only enter this area if they bypass the high-quality lock of the double doors (DC 17 Thieves’ Tools). This was once an organized and neat chamber but Inkai’s research and rituals made a mess of it.

Lewan Leaders. The spirits of the three most import­ant members of the Lewans rise in the form of wraiths. They do not attack the characters at once. Spectral, ob­scure voices speak all at once and say this message:

“We demand our souls back. Bring us the culprit, help us. Or else, you shall experience our pain”.

If the characters accept and lay down their weapons, the three wraiths wait for them to do their jobs and bring Inkai to them. Otherwise, they fight until slain.

If the characters examine the papers scattered around, they read enough of Inkai’s notes to make out what his intentions are, regardless of how strange they may be.

The characters find this area if they push the brick be­side the east stone altar in area 7 (DC 15 Investigation).

The characters find this area if they push the brick be­side the west stone altar in area 7 (DC 15 Investigation).

Treasure. The chests in this area contain fancy paint­ings and sculptures. The lot is worth 3,678 to the right buyer. There is a +1 dagger, and a +1 mithral shirt.

If the characters explore area 3 (east) of the mau­soleum first, they encounter Inkai (mage with druid and wizard spells) on the opposite side, along with the ene­mies described in the area. Before the fight, the druid ex­plains what he thinks. He attempts to convince the char­acters so they support the use of dark magic to make a better world. If the heroes prefer violence, he fights with all his might but surrenders at the last second.

The characters kill Inkai on the spot or agree to deliver him to the Lewan leaders. Either way, the druid’s life is forfeit. When the souls are released, the forest and everything that changed in the woods return to normal. All is safe now. The adventurers obtain their reward.

The Power of Souls

Inkai surrenders and offers the Jars of Souls in exchange for his life. The heroes may leave area 7 un­touched or fight the wraiths to take all the treasure. The power acquired from the Jars of Souls or the conse­quences for wielding them are up to the GM’s discretion. 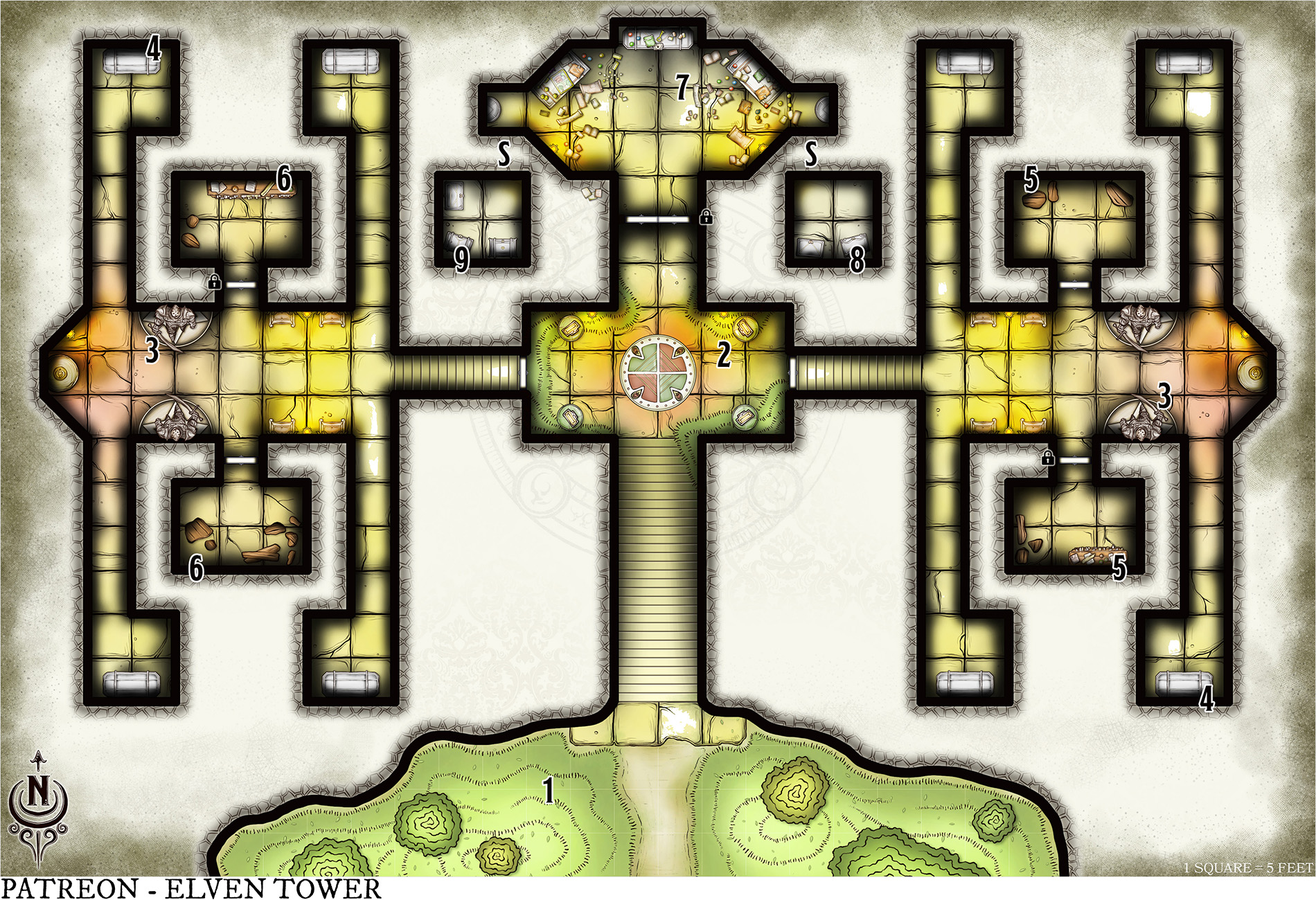