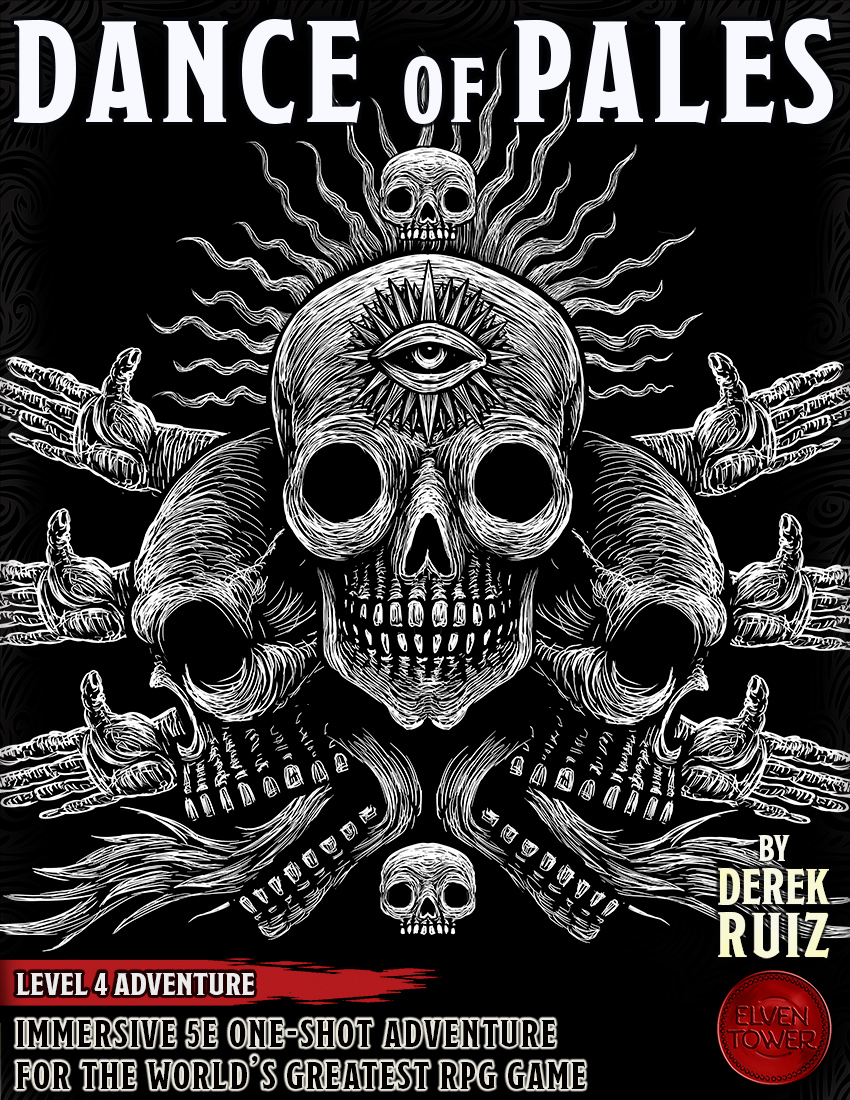 In Dance of Pales, a group of level-4 adventurers learns about the murder of Countess Diana Namallo on her wedding day by her husband-to-be, Lord Carlsven, a man who was supposed to bring peace between two realms. The man used the celebration as a means to inebriate his opponent’s army and strike hard when no one had a chance of survival.

More than a hundred years later, a descendant of the Carlsven feels a calling to the cemetery where the Namallo mausoleum rests. Many of the dead have risen, empowered by Diana Namallo’s desire for revenge. The city watch doesn’t know what to do with the living dead, who are certainly frightening everyone.