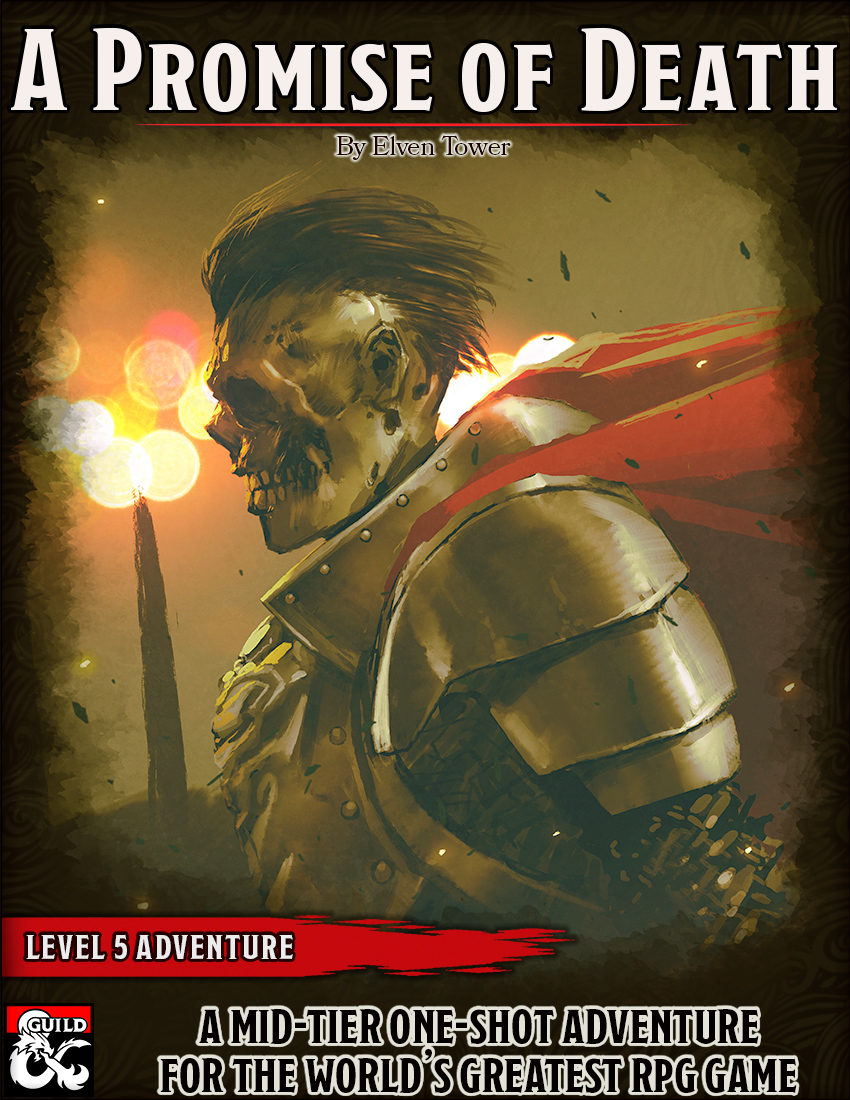 A Promise of Death

In A Promise of Death, a group of level-5 characters learns of a strange group of undead abominations who built a gallows by a crossroads. The undead knights capture, torture, and hang all those who attempt to go past them on the King’s Road. They have hanged more than thirty people so far and thrown them into a shallow ditch. The captain of the city watch now offers a hefty reward for mercenaries and adventurers valiant enough to oppose the armored dead knights.

Unknown to most, the knights belonged to the Order of the Green Feathers. They were a powerful faction loyal to the king more than 400 years ago. Alas, they were betrayed by their ruler and hanged for a crime they did not commit. Now they have returned with a promise to bring death to all those in the kingdom. In their rageful eyes, all the living are guilty of the hell they were forced to endure. Hatred is the force that drove them to return from the afterlife!