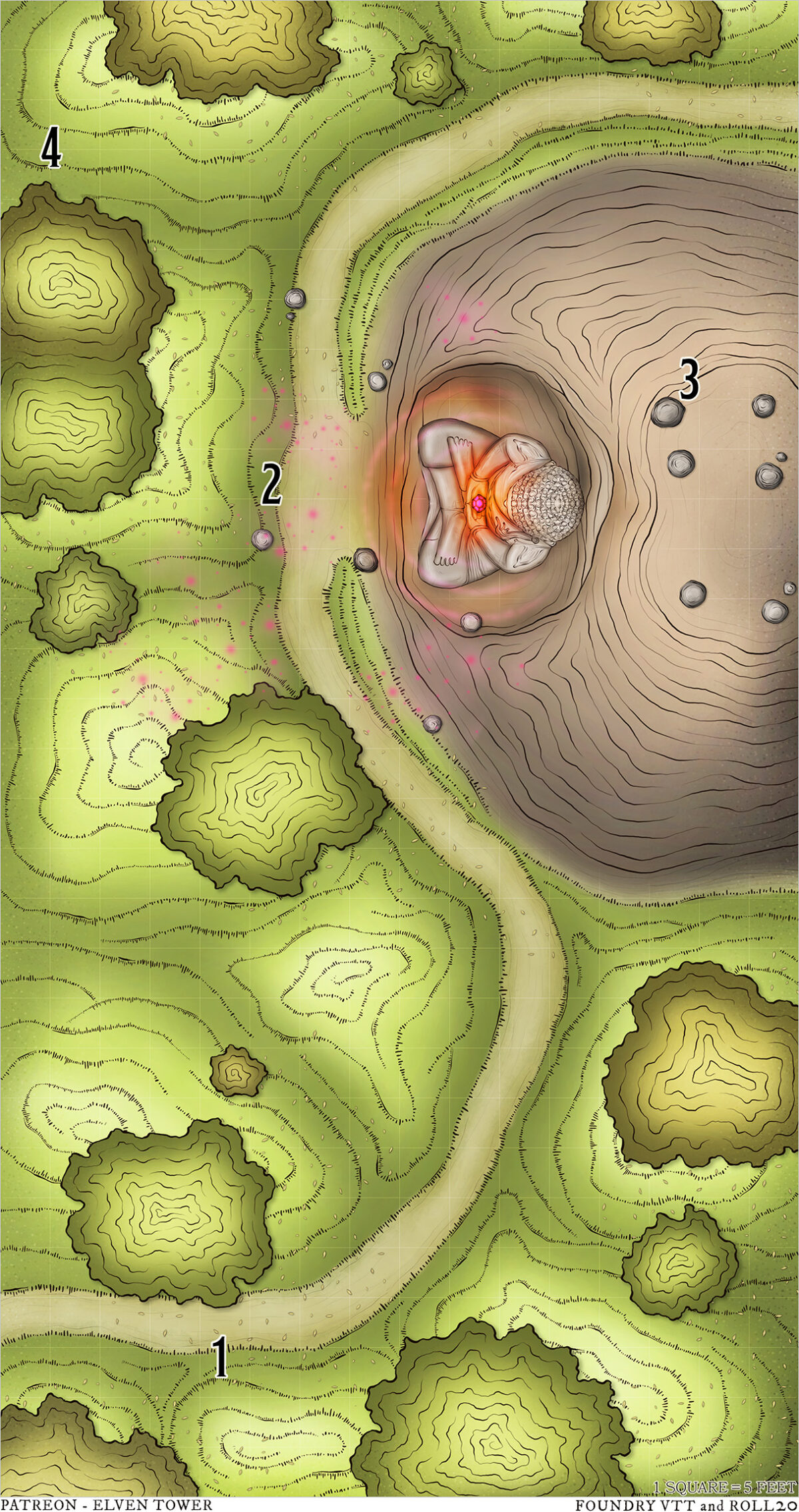 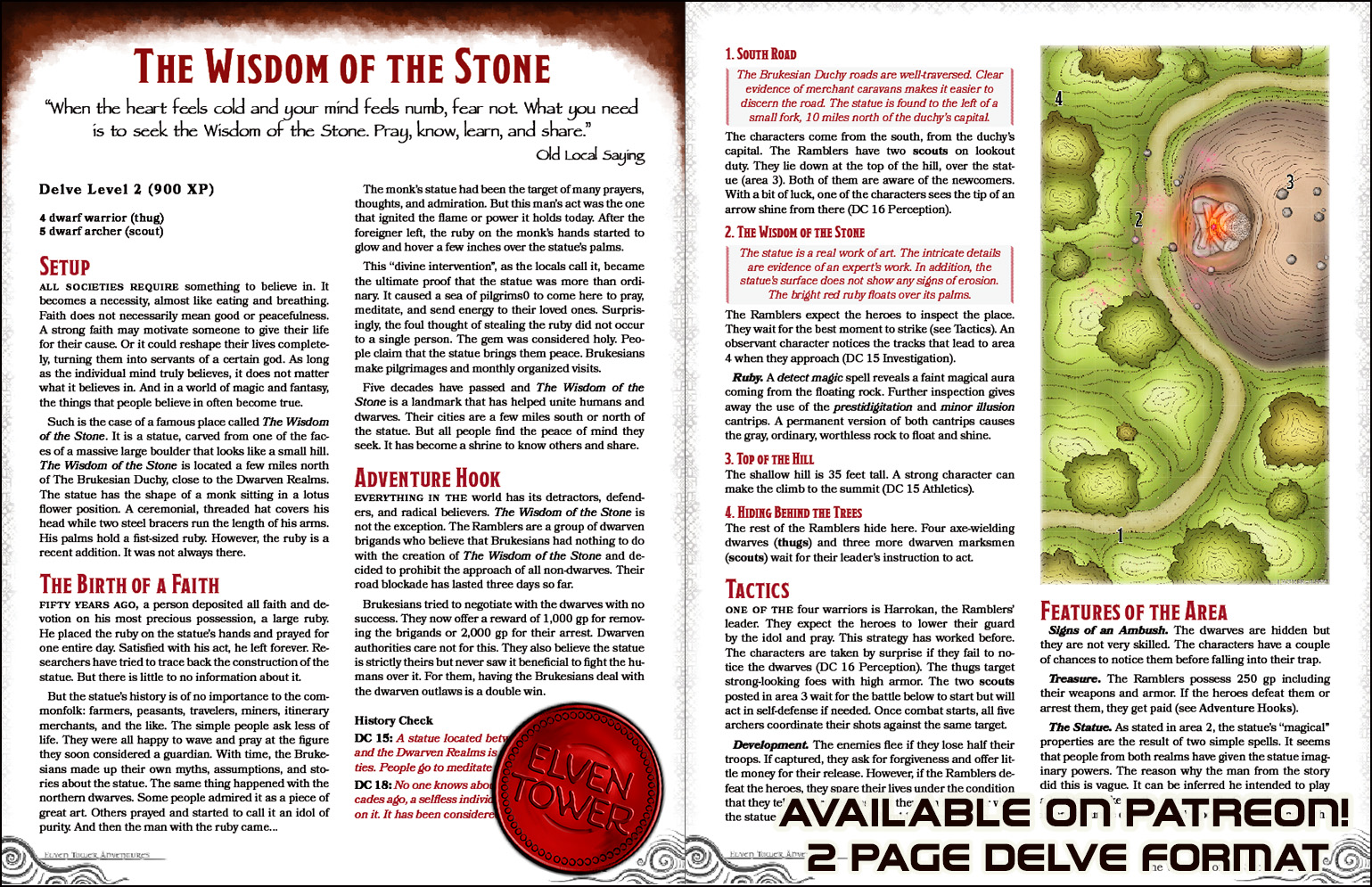 “When the heart feels cold and your mind feels numb, fear not. What you need is to seek the Wisdom of the Stone. Pray, know, learn, and share.”

All societies require something to believe in. It becomes a necessity, almost like eating and breathing. Faith does not necessarily mean good or peacefulness. A strong faith may motivate someone to give their life for their cause. Or it could reshape their lives complete­ly, turning them into servants of a certain god. As long as the individual mind truly believes, it does not matter what it believes in. And in a world of magic and fantasy, the things that people believe in often become true.

Such is the case of a famous place called The Wisdom of the Stone. It is a statue, carved from one of the fac­es of a massive large boulder that looks like a small hill. The Wisdom of the Stone is located a few miles north of The Brukesian Duchy, close to the Dwarven Realms. The statue has the shape of a monk sitting in a lotus flower position. A ceremonial, threaded hat covers his head while two steel bracers run the length of his arms. His palms hold a fist-sized ruby. However, the ruby is a recent addition. It was not always there.

The Birth of a Faith

Fifty years ago, a person deposited all faith and de­votion on his most precious possession, a large ruby. He placed the ruby on the statue’s hands and prayed for one entire day. Satisfied with his act, he left forever. Re­searchers have tried to trace back the construction of the statue. But there is little to no information about it.

But the statue’s history is of no importance to the com­monfolk: farmers, peasants, travelers, miners, itinerary merchants, and the like. The simple people ask less of life. They were all happy to wave and pray at the figure they soon considered a guardian. With time, the Bruke­sians made up their own myths, assumptions, and sto­ries about the statue. The same thing happened with the northern dwarves. Some people admired it as a piece of great art. Others prayed and started to call it an idol of purity. And then the man with the ruby came…

The monk’s statue had been the target of many prayers, thoughts, and admiration. But this man’s act was the one that ignited the flame or power it holds today. After the foreigner left, the ruby on the monk’s hands started to glow and hover a few inches over the statue’s palms.

This “divine intervention”, as the locals call it, became the ultimate proof that the statue was more than ordi­nary. It caused a sea of pilgrims0 to come here to pray, meditate, and send energy to their loved ones. Surpris­ingly, the foul thought of stealing the ruby did not occur to a single person. The gem was considered holy. Peo­ple claim that the statue brings them peace. Brukesians make pilgrimages and monthly organized visits.

Five decades have passed and The Wisdom of the Stone is a landmark that has helped unite humans and dwarves. Their cities are a few miles south or north of the statue. But all people find the peace of mind they seek. It has become a shrine to know others and share.

Everything in the world has its detractors, defend­ers, and radical believers. The Wisdom of the Stone is not the exception. The Ramblers are a group of dwarven brigands who believe that Brukesians had nothing to do with the creation of The Wisdom of the Stone and de­cided to prohibit the approach of all non-dwarves. Their road blockade has lasted three days so far.

Brukesians tried to negotiate with the dwarves with no success. They now offer a reward of 1,000 gp for remov­ing the brigands or 2,000 gp for their arrest. Dwarven authorities care not for this. They also believe the statue is strictly theirs but never saw it beneficial to fight the hu­mans over it. For them, having the Brukesians deal with the dwarven outlaws is a double win.

DC 15: A statue located between the Brukesian Duchy and the Dwarven Realms is said to have magical proper­ties. People go to meditate and cleanse their souls.

DC 18: No one knows about the statue’s origins. Five de­cades ago, a selfless individual placed the ruby that floats on it. It has been considered divine ever since.

The Brukesian Duchy roads are well-traversed. Clear evidence of merchant caravans makes it easier to discern the road. The statue is found to the left of a small fork, 10 miles north of the duchy’s capital.

The characters come from the south, from the duchy’s capital. The Ramblers have two scouts on lookout duty. They lie down at the top of the hill, over the stat­ue (area 3). Both of them are aware of the newcomers. With a bit of luck, one of the characters sees the tip of an arrow shine from there (DC 16 Perception).

2. The Wisdom of the Stone

The statue is a real work of art. The intricate details are evidence of an expert’s work. In addition, the statue’s surface does not show any signs of erosion. The bright red ruby floats over its palms.

The Ramblers expect the heroes to inspect the place. They wait for the best moment to strike (see Tactics). An observant character notices the tracks that lead to area 4 when they approach (DC 15 Investigation).

Ruby. A detect magic spell reveals a faint magical aura coming from the floating rock. Further inspection gives away the use of the prestidigitation and minor illusion cantrips. A permanent version of both cantrips causes the gray, ordinary, worthless rock to float and shine.

The shallow hill is 35 feet tall. A strong character can make the climb to the summit (DC 15 Athletics).

4. Hiding Behind the Trees

One of the four warriors is Harrokan, the Ramblers’ leader. They expect the heroes to lower their guard by the idol and pray. This strategy has worked before. The characters are taken by surprise if they fail to no­tice the dwarves (DC 16 Perception). The thugs target strong-looking foes with high armor. The two scouts posted in area 3 wait for the battle below to start but will act in self-defense if needed. Once combat starts, all five archers coordinate their shots against the same target.

Development. The enemies flee if they lose half their troops. If captured, they ask for forgiveness and offer lit­tle money for their release. However, if the Ramblers de­feat the heroes, they spare their lives under the condition that they tell the Brukesians that they can no longer visit the statue without an official Ramblers’ permission.

Signs of an Ambush. The dwarves are hidden but they are not very skilled. The characters have a couple of chances to notice them before falling into their trap.

Treasure. The Ramblers possess 250 gp including their weapons and armor. If the heroes defeat them or arrest them, they get paid (see Adventure Hooks).

The Statue. As stated in area 2, the statue’s “magical” properties are the result of two simple spells. It seems that people from both realms have given the statue imag­inary powers. The reason why the man from the story did this is vague. It can be inferred he intended to play a bad-taste joke on the commonfolk. Or perhaps, he did intend to unite others with the power of belief and faith. 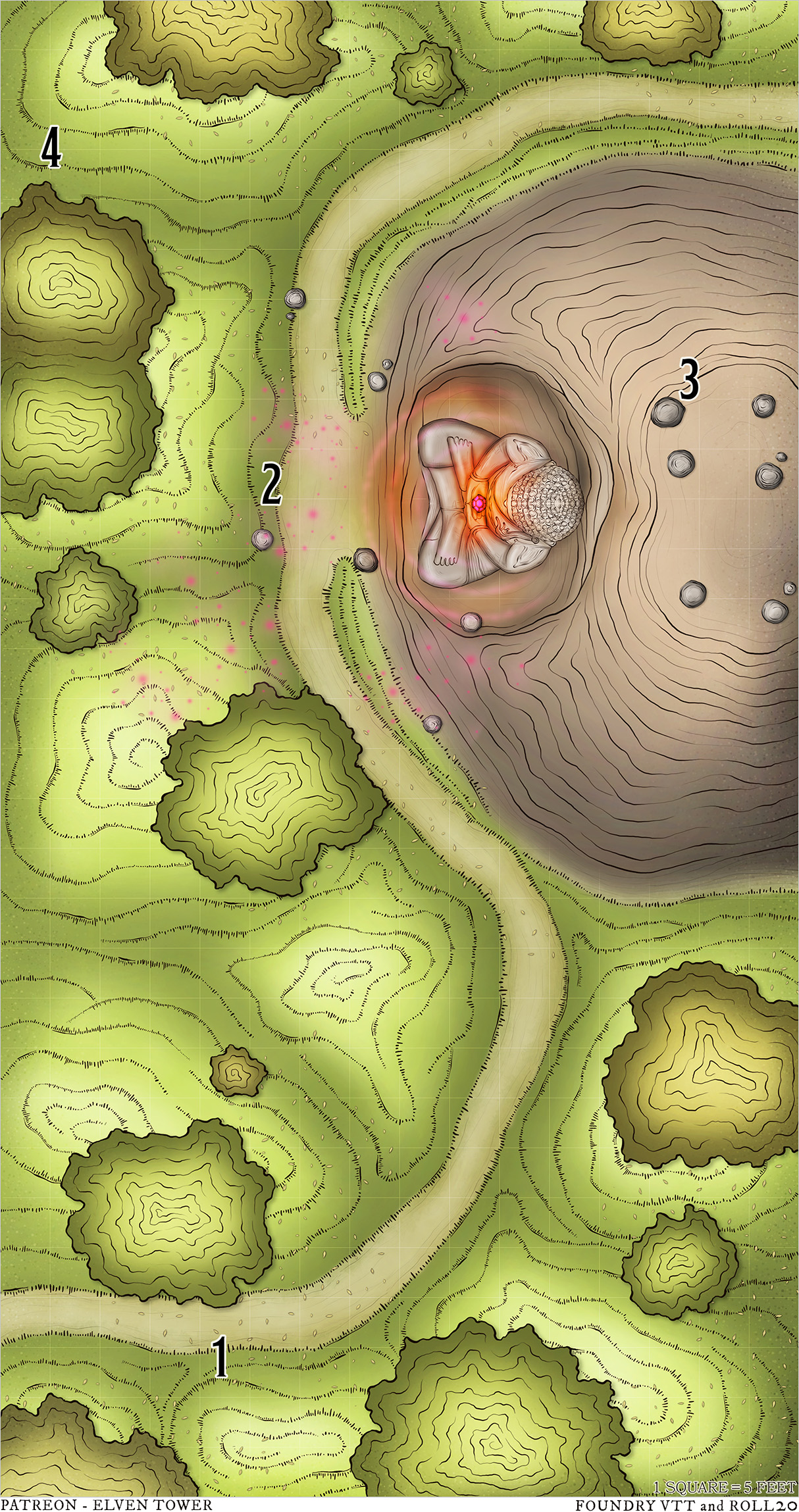