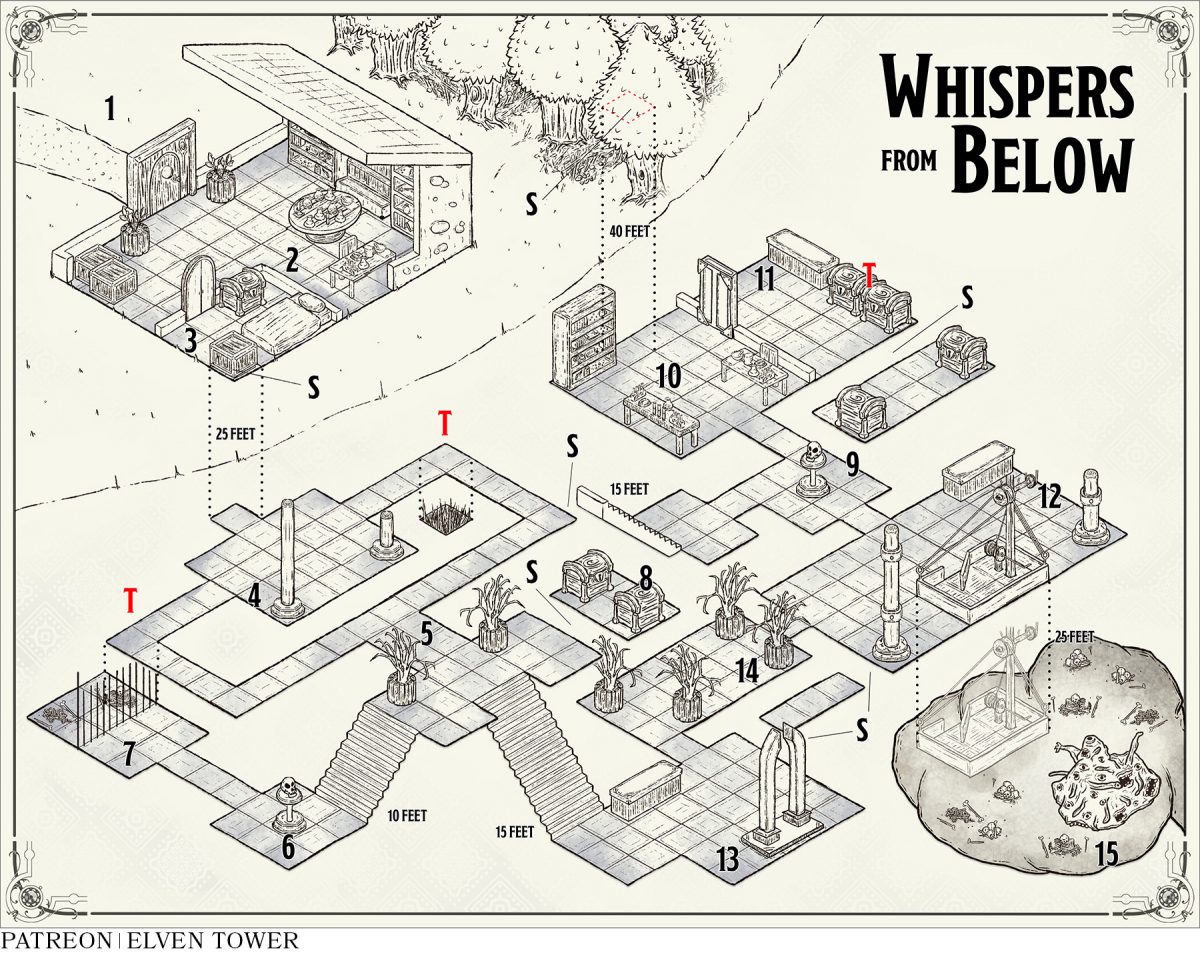 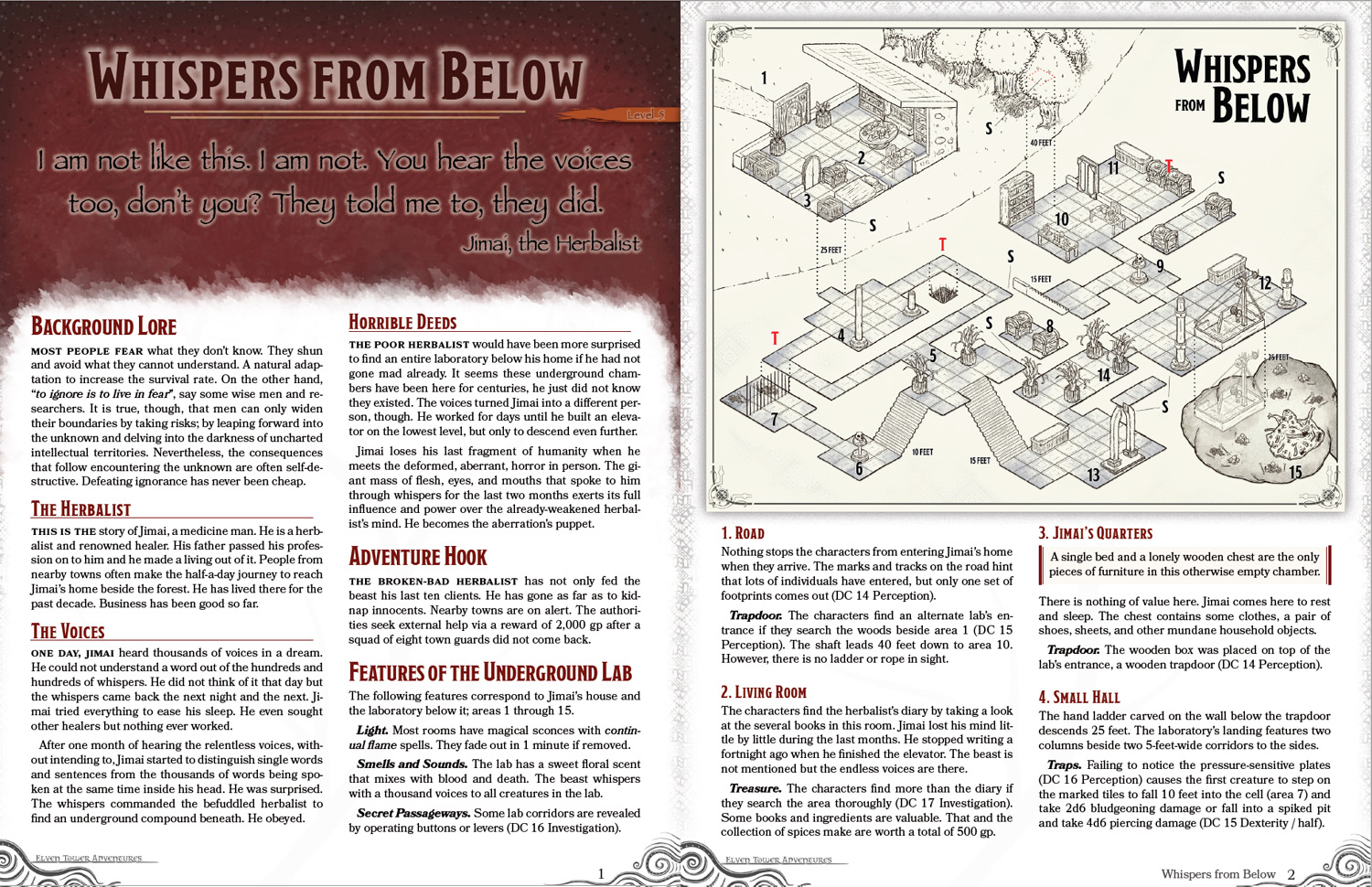 I am not like this. I am not. You hear the voices too, don’t you? They told me to, they did.

Most people fear what they don’t know. They shun and avoid what they cannot understand. A natural adap­tation to increase the survival rate. On the other hand, “to ignore is to live in fear”, say some wise men and re­searchers. It is true, though, that men can only widen their boundaries by taking risks; by leaping forward into the unknown and delving into the darkness of uncharted intellectual territories. Nevertheless, the consequences that follow encountering the unknown are often self-de­structive. Defeating ignorance has never been cheap.

This is the story of Jimai, a medicine man. He is a herb­alist and renowned healer. His father passed his profes­sion on to him and he made a living out of it. People from nearby towns often make the half-a-day journey to reach Jimai’s home beside the forest. He has lived there for the past decade. Business has been good so far.

One day, Jimai heard thousands of voices in a dream. He could not understand a word out of the hundreds and hundreds of whispers. He did not think of it that day but the whispers came back the next night and the next. Ji­mai tried everything to ease his sleep. He even sought other healers but nothing ever worked.

After one month of hearing the relentless voices, with­out intending to, Jimai started to distinguish single words and sentences from the thousands of words being spo­ken at the same time inside his head. He was surprised. The whispers commanded the befuddled herbalist to find an underground compound beneath. He obeyed.

The poor herbalist would have been more surprised to find an entire laboratory below his home if he had not gone mad already. It seems these underground cham­bers have been here for centuries, he just did not know they existed. The voices turned Jimai into a different per­son, though. He worked for days until he built an eleva­tor on the lowest level, but only to descend even further.

Jimai loses his last fragment of humanity when he meets the deformed, aberrant, horror in person. The gi­ant mass of flesh, eyes, and mouths that spoke to him through whispers for the last two months exerts its full influence and power over the already-weakened herbal­ist’s mind. He becomes the aberration’s puppet.

The broken-bad herbalist has not only fed the beast his last ten clients. He has gone as far as to kid­nap innocents. Nearby towns are on alert. The authori­ties seek external help via a reward of 2,000 gp after a squad of eight town guards did not come back.

Features of the Underground Lab

The following features correspond to Jimai’s house and the laboratory below it; areas 1 through 15.

Smells and Sounds. The lab has a sweet floral scent that mixes with blood and death. The beast whispers with a thousand voices to all creatures in the lab.

Nothing stops the characters from entering Jimai’s home when they arrive. The marks and tracks on the road hint that lots of individuals have entered, but only one set of footprints comes out (DC 14 Perception).

Trapdoor. The characters find an alternate lab’s en­trance if they search the woods beside area 1 (DC 15 Perception). The shaft leads 40 feet down to area 10. However, there is no ladder or rope in sight.

The characters find the herbalist’s diary by taking a look at the several books in this room. Jimai lost his mind lit­tle by little during the last months. He stopped writing a fortnight ago when he finished the elevator. The beast is not mentioned but the endless voices are there.

Treasure. The characters find more than the diary if they search the area thoroughly (DC 17 Investigation). Some books and ingredients are valuable. That and the collection of spices make are worth a total of 500 gp.

A single bed and a lonely wooden chest are the only pieces of furniture in this otherwise empty chamber.

There is nothing of value here. Jimai comes here to rest and sleep. The chest contains some clothes, a pair of shoes, sheets, and other mundane household objects.

Trapdoor. The wooden box was placed on top of the lab’s entrance, a wooden trapdoor (DC 14 Perception).

The hand ladder carved on the wall below the trapdoor descends 25 feet. The laboratory’s landing features two columns beside two 5-feet-wide corridors to the sides.

Traps. Failing to notice the pressure-sensitive plates (DC 16 Perception) causes the first creature to step on the marked tiles to fall 10 feet into the cell (area 7) and take 2d6 bludgeoning damage or fall into a spiked pit and take 4d6 piercing damage (DC 15 Dexterity / half).

The fine, pointy branches of the dried-up plants are suspiciously still as if waiting for something.

Jimai turned these plants into guardians with foul po­tions. The plants attack intruders the moment they cross the threshold and approach. The plants have AC 15, 18 hit points, 20 ft. speed and take the following action:

A stone pedestal in the center of the room holds a skull. It trembles and makes a cackling sound.

Jimai learned to use his magic and knowledge in differ­ent ways when the whispers from below drove him mad. The skull on the pedestal summons guardians that fight for Jimai when the characters arrive. The six skeletons that appear fight and chase the intruders until slain.

Alternative. The characters can use a protection from evil and good spell to nullify the magic on the skull and prevent the monsters from being summoned. This works even after the enemies have been summoned. In this case, however, the spell works like Turn Undead.

A row of hard steel bars impedes the three peo­ple captive here from escaping. They are famished, dirty, and weak. Human bones lay all around.

Jimai keeps three prisoners here. They shall become food for the beast in the coming days. The poor folks are too weak to help. They even fear the characters at first.

Cell Door. A character may pick the lock (DC 13 Thieves’ Tools) or kick the door to open it (DC 18 Strength).

The enemies in area 5 must be dealt with to find this area. The chests contain leather bags with 1,000 gp, three potions of healing, and a wand of detect magic.

Use the read-aloud description in area 6.

This chamber is identical to area 6. However, the skull on this pedestal summons four ghouls to fight for Jimai instead. The characters can prevent these enemies from being summoned in the same manner as the skeletons.

The tables here hold more complex and fancy ingre­dients than the ones in Jimai’s home. Some flasks contain eyes, ears, and other human parts.

The characters find no enemies here. If they spend some time searching the place (DC 14 Investigation), they find two flasks of oil, two flasks of alchemist fire, and a potion of healing lost among the pile of vile things.

A stone container and a couple of wooden chests rest by the opposite wall of this locked chamber.

Despite the difficulties to enter this chamber, it contains worthless trinkets that hold no value at all. Jimai placed some clever traps to hinder intruders’ advances.

Glyphs. If the characters manipulate the chests in any way, they trigger the trap. Flames and small explosions burn all creatures within 10 feet of them. They take 4d6 fire damage (DC 14 Dexterity / half).

A series of pulleys connected to a magical cog en­gine make the elevator work. Two stone columns flank the platform. Jimai waits patiently in the dark.

The poor man is deranged. His only purpose is to feed and protect the abomination that continues to whisper horrible thoughts into his mind. He attacks the charac­ters in a last attempt to conceal what lies below.

Saving Jimai. The characters may use divine magic to help Jimai. He is not beyond salvation. Spells like less­er restoration, protection from evil and good, or remove curse return the healer to normal. Although there is no lethal damage to his mind (DC 17 Medicine), the herbal­ist cannot help the characters in any way. He needs rest.

A tall, stone altar dominates the back end of this chamber. It evokes calming, soothing thoughts.

Jimai ignores what this place was for. He was already mad when he descended into the underground laborato­ry for the first time and did not make use of this chamber.

Lore. One of the characters might recognize that this altar belonged to a lesser deity called Harr’Duk, Lord of Thresholds. It is mostly venerated by dwarves and ko­bolds (DC 15 History). A divine caster may commune with the altar for 10 minutes to recover one spell slot.

The four plants in this area have the same stats like the ones in area 5. The characters may avoid this encounter if they find the secret corridor that connects to area 12.

Piles of bones and guts lay scattered on the ground of this pitch-black, damp cavern. A shapeless mass of flesh approaches. It whispers on and on…

The characters encounter the beast (gibbering mouther) that made Jimai go mad. The beast manipulated the man’s mind and made him do things in its stead. When the battle starts, the souls of the poor folks brought here reanimate as two shadows and four skeletons. Mind­less with rage, they attack the characters too.

The characters defeat the abomination from un­derground and save Jimai from madness. The neigh­boring towns and hamlets organize a feast for the new folk heroes. The herbalist is forever grateful to the peo­ple that saved his life and even offers his help. Jimai is inspired by their heroism and desires to follow them in their adventures. Of course, if they let him come along.

The characters use lethal force to stop Jimai and kill him. The heroes are paid the promised reward but no one is in the mood for feasts. Jimai was a cherished mem­ber of the community. People are saddened to know Ji­mai’s fate, regardless of how much of the truth they hear. 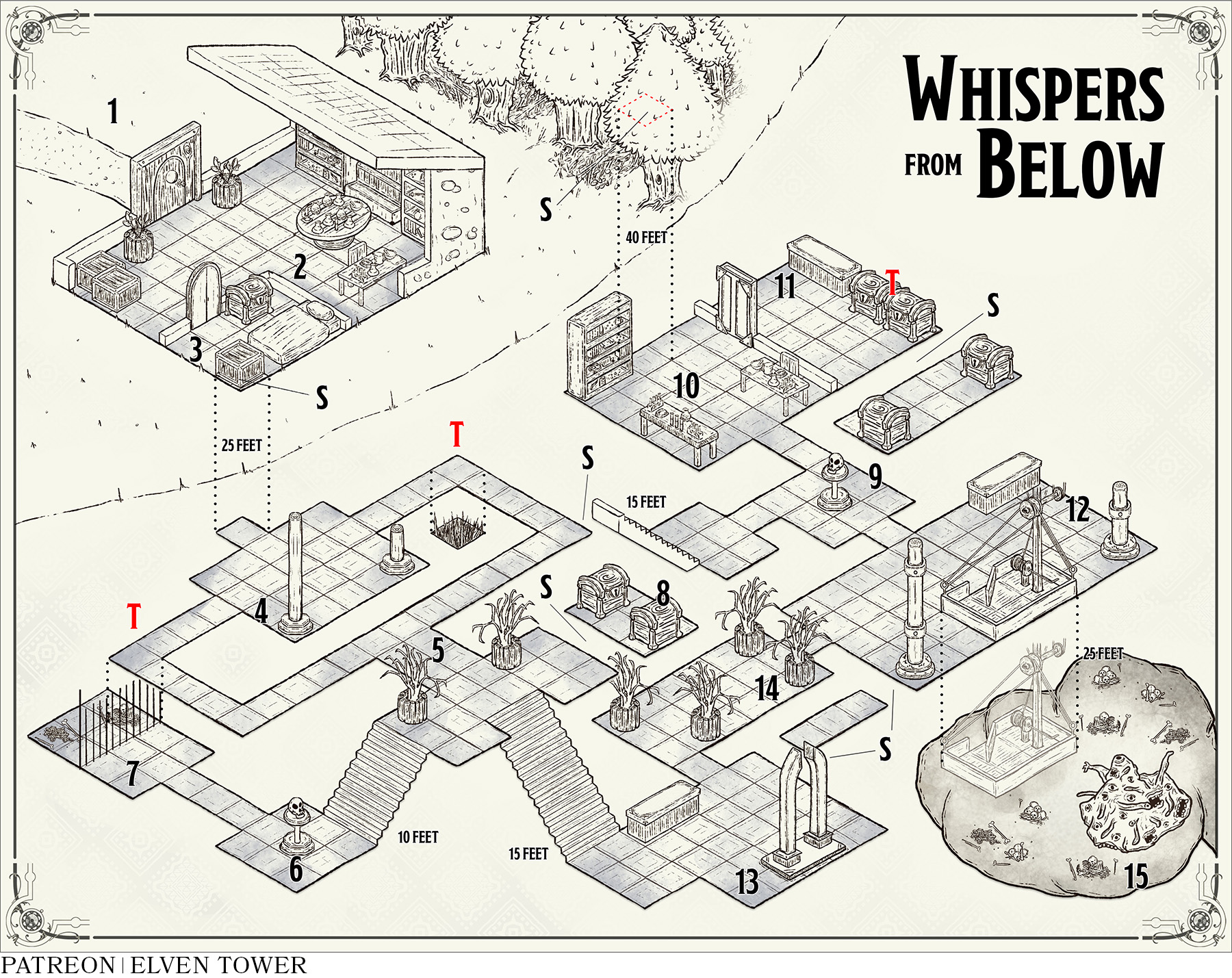