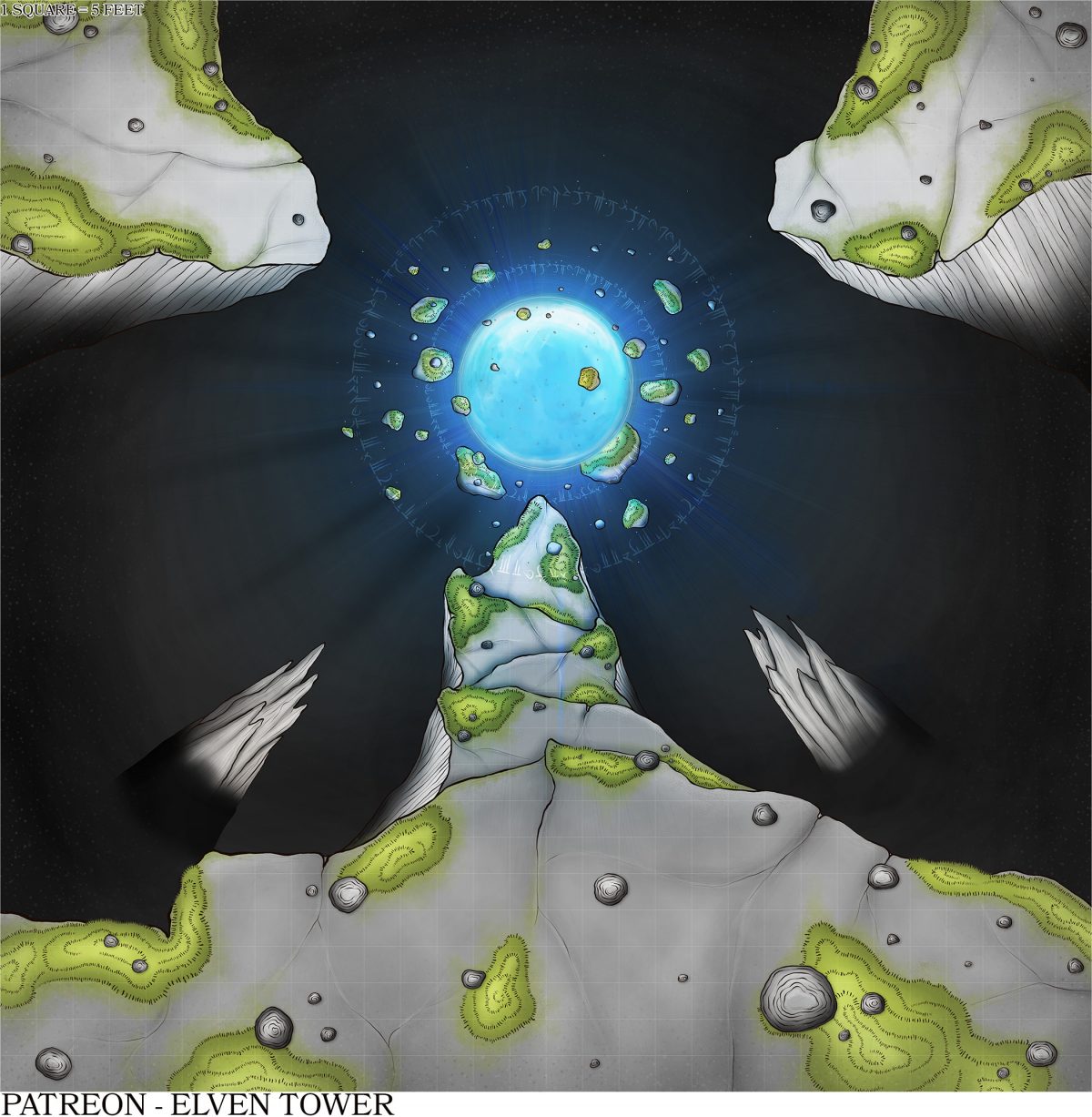 The orb is a window through time and space. Alas, no mortal can wield this power.

Scholars, mages, and researchers spend a life’s worth of effort untangling the deepest secrets of the uni­verse. The most coveted secrets pertain to the real na­ture of the multiverse of planes. Despite millennia of research, next to nothing is yet understood about the fabrics of reality. Those who manage a glimpse of the macrocosm become powerful mages but their knowl­edge dies with them. The understanding of the multi­verse cannot be taught. It can only be learned first-hand.

There exists an eerie glowing orb in the darkest reaches of a cavern complex. Its location is known in the region but its meaning and purpose elude the brightest minds. The blue orb has been the subject of numerous investigations, treatises, and even ill-conceived experi­mentation. The arcane orb has been there for as long as written and oral history remember. Throughout time, many mages have claimed to understand the purpose and nature of the ancient artifact. But it is all untruthful knowledge drawn from rushed conclusions or the desire to become a legend and claim the impossible.

Some things are universally agreed-upon: The blue orb is an arcane window to other planes of existence. Mag­ic and matter can sometimes be made to cross the veil of worlds. And those power-greedy often find a swift end of their existence; an enigmatic phenomenon to blame.

The blue orb is a wrinkle in the fabric of reality. It is an aperture into countless worlds but none holds the key to access its secrets. Perhaps with time, elven or dragon scholars shall achieve the goal of wielding the power of the blue orb. But for now, truly understanding its func­tioning is a leap that many try. But none can quite make.

A scholarly faction in the great city of Moses has investigated and made a thorough research of the orb for generations. The mages and historians there believe that the orb is dangerous and should not be manipulated by the populace. Even those within their ranks are not allowed; only the inner-circle, the highest among their complex hierarchy, may have access to the artifact.

A promising scholar and mage, Stan Vardin, openly defied the inner-circle with his proposals to experiment with the blue orb on numerous occasions. Stan theo­rized the arcane sphere could be used as a window into alternate planes to bargain with greater entities for pow­er. Stan claimed he had perfected a binding ritual. The ritual would allow them to remain in control of whatev­er came to their call. The inner-circle refused him but Stan did not remain idle. He disappeared one day and the scholars assumed he left to find the orb. A retinue of guards and mages was sent to the caverns to stop Stan from meddling with powers he did not truly compre­hend. Two of those poor men returned with their minds broken and dispersed. The scholarly faction now offers a reward of 1,000 gp to retrieve Stan from the caverns.

Features of the Cavern

The following features correspond to all the dark cav­erns within 300 feet of the blue orb.

Light. The orb itself produces 40 feet of bright light. Quartz rocks glow with dim light within 300 feet of the blue orb in all directions. It is a pseudo-magical reaction.

Magic Aura. The arcane ripples of the blue orb pulse every 2 minutes. A detect magic spell perceives them ac­curately within 1,000 feet of the blue orb.

The characters are given a map and precise direc­tions on how to reach the place where the ground breaks into an impossible abyss. The blue orb floats down there in the deepest chasms of the Underworld. It is a four-day journey to the orb’s chamber. The characters must trav­el the wilderness, find the caverns’ entrance, and then delve into the darkness. The caverns are the home and hunting grounds of a pack of three hook horrors. They came to be eons ago under the arcane influence of the blue orb. The arcane pulses of the orb may cause strange physical alterations after prolonged periods of exposure.

A few hours before reaching the blue orb’s chamber. The characters are stopped by a company of drow elves; indigenous to the underground halls and passageways.

The unnatural creatures that emerge from the blue orb after Stan’s intrusion have invaded the drow territo­ry. The drow too have been affected by the self-serving mage. The five drow shall not let the characters through their territory. However, if a character speaks Elvish and explains their mission, the drow are sympathetic to their cause and help. Three drow warriors join the characters on their quest to stop Stan Vardin at the orb’s chamber.

Stan Vardin came to the orb’s chamber and issued a call to the greater forces of the universe. Overconfident because of his binding ritual, Stan offered the creatures of the multiverse his own body as a vessel. He knew it was something the higher beings would not be able to turn down. A demon named Garthritz answered his call and attempted to possess Stan’s body and mind. The mage was ready for it and retaliated with his binding rit­ual. Unfortunately for him, his binding magic was flawed.

The demon Garthtitz took over Stan and used the pow­er of the blue orb to summon other lesser demons under his command. The retinue of scholars and mages came a few days later and attempted to stop the possessed Stan. The mages destroyed most of the demon’s servants with their fiery magic but ultimately failed. At best, they only bought some time for the characters to arrive.

When the characters arrive at the orb’s chamber, the possessed Stan Vardin (shadow demon), two gricks, and eleven dretches stand on the rock formation that slants toward the glowing orb of light. Garthtitz needs access to the orb to amass more soldiers and to cement its position in the Material Plane. For the demon, this is a gambit worth dying for. The demon commands its forc­es to attack the characters and fight to the death. They fight fiercely and mercilessly; like cornered beasts.

The Demon is Stopped

The ruthless demon abuses its power to bring Stan Vardin’s body to the brink of death. Defeating the demon causes the scholar’s immediate destruction too. There is no way to defeat Garthritz without killing Stan. After defeating the abomination, the fiendish essence of the demons is sucked into the blue orb and sent back to the hellish place in the multiverse whence they came. If the drow are present, they thank the characters for their im­promptu service and invite them to dine with the seclud­ed elders of their underground community.

The characters have momentary access to a relic of the world, the Blue Orb. Like Stan Vardin, a character may attempt to find out the nature of the ethereal device for self-serving ends. They should be careful when inter­acting with such arcane curiosities. Others have found their demises in the same manner. The GM should treat the orb as an open gate to any place in the multiverse. The characters may be sucked into an unknown land. Or a creature from beyond the veil may contact them. 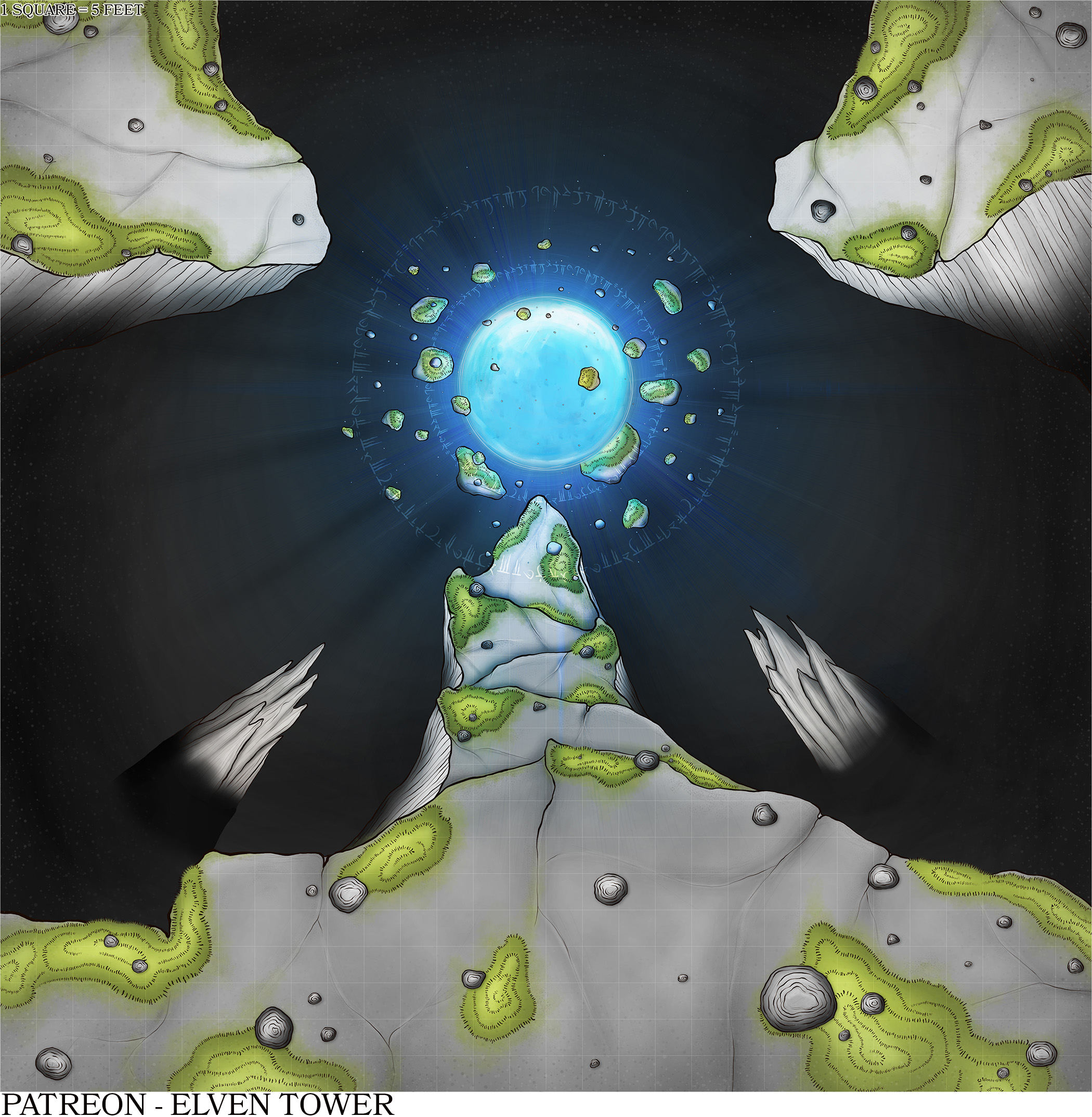