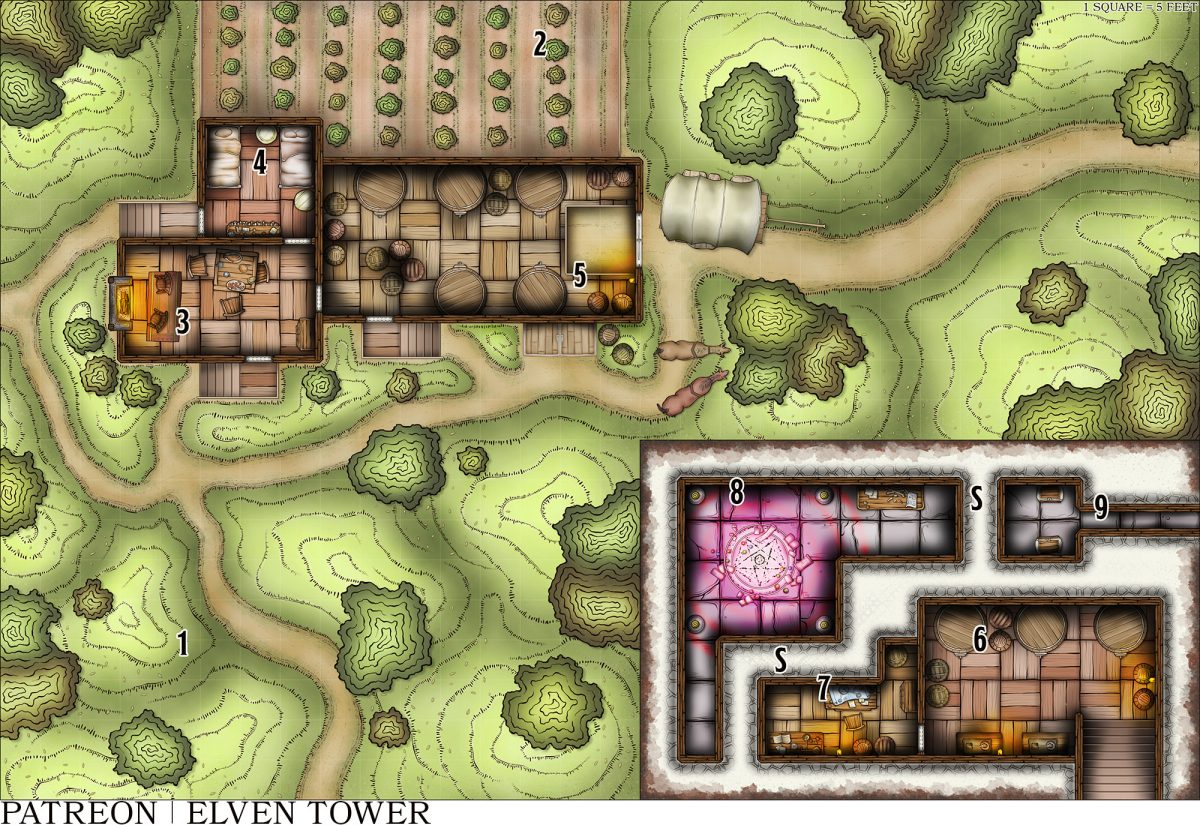 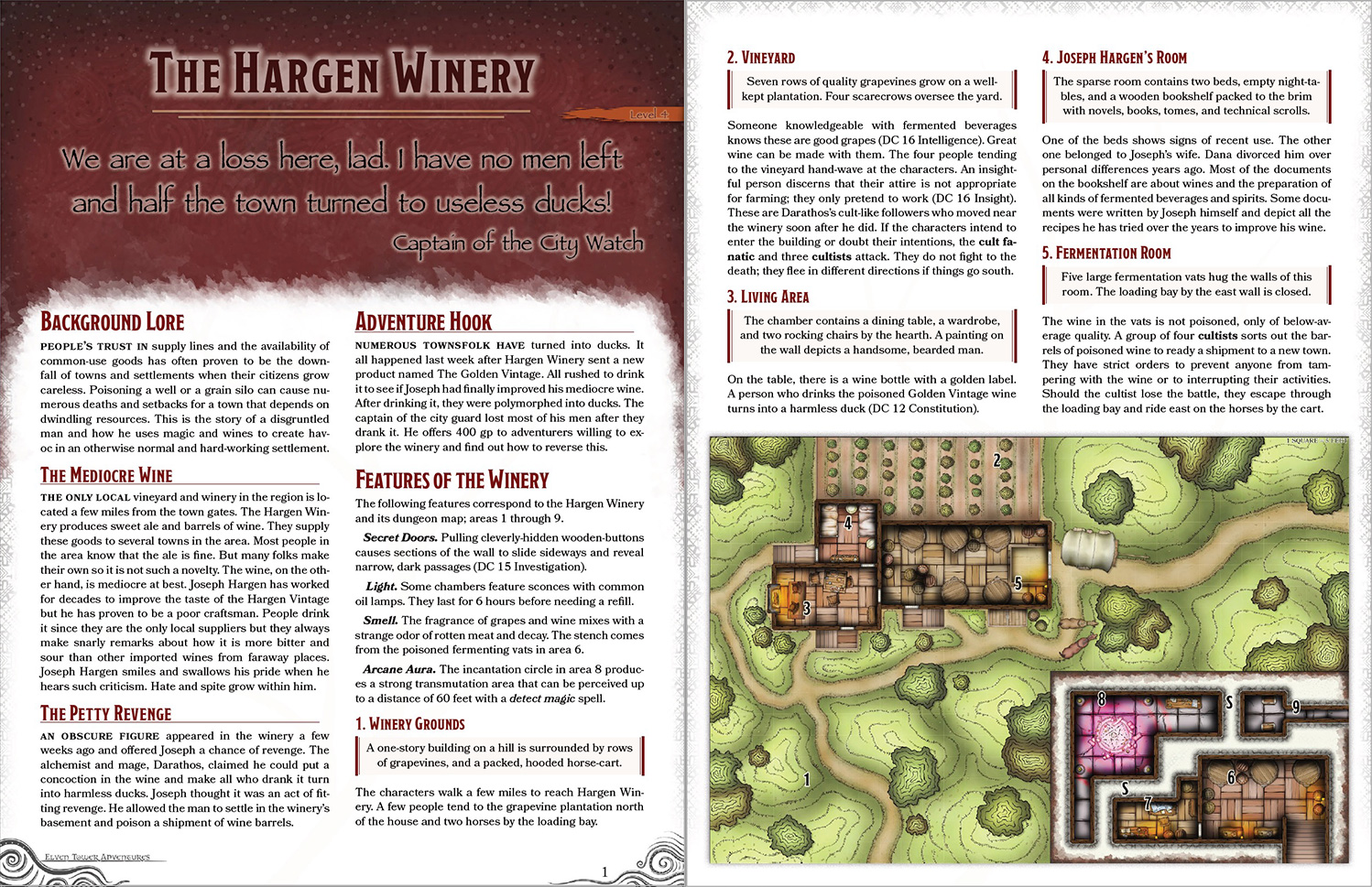 We are at a loss here, lad. I have no men left and half the town turned to useless ducks!

Captain of the City Watch

People’s trust in supply lines and the availability of common-use goods has often proven to be the down­fall of towns and settlements when their citizens grow careless. Poisoning a well or a grain silo can cause nu­merous deaths and setbacks for a town that depends on dwindling resources. This is the story of a disgruntled man and how he uses magic and wines to create hav­oc in an otherwise normal and hard-working settlement.

The only local vineyard and winery in the region is lo­cated a few miles from the town gates. The Hargen Win­ery produces sweet ale and barrels of wine. They supply these goods to several towns in the area. Most people in the area know that the ale is fine. But many folks make their own so it is not such a novelty. The wine, on the oth­er hand, is mediocre at best. Joseph Hargen has worked for decades to improve the taste of the Hargen Vintage but he has proven to be a poor craftsman. People drink it since they are the only local suppliers but they always make snarly remarks about how it is more bitter and sour than other imported wines from faraway places. Joseph Hargen smiles and swallows his pride when he hears such criticism. Hate and spite grow within him.

An obscure figure appeared in the winery a few weeks ago and offered Joseph a chance of revenge. The alchemist and mage, Darathos, claimed he could put a concoction in the wine and make all who drank it turn into harmless ducks. Joseph thought it was an act of fit­ting revenge. He allowed the man to settle in the winery’s basement and poison a shipment of wine barrels.

Numerous townsfolk have turned into ducks. It all happened last week after Hargen Winery sent a new product named The Golden Vintage. All rushed to drink it to see if Joseph had finally improved his mediocre wine. After drinking it, they were polymorphed into ducks. The captain of the city guard lost most of his men after they drank it. He offers 400 gp to adventurers willing to ex­plore the winery and find out how to reverse this.

Features of the Winery

The following features correspond to the Hargen Winery and its dungeon map; areas 1 through 9.

Light. Some chambers feature sconces with common oil lamps. They last for 6 hours before needing a refill.

Smell. The fragrance of grapes and wine mixes with a strange odor of rotten meat and decay. The stench comes from the poisoned fermenting vats in area 6.

Arcane Aura. The incantation circle in area 8 produc­es a strong transmutation area that can be perceived up to a distance of 60 feet with a detect magic spell.

A one-story building on a hill is surrounded by rows of grapevines, and a packed, hooded horse-cart.

The characters walk a few miles to reach Hargen Win­ery. A few people tend to the grapevine plantation north of the house and two horses by the loading bay.

Someone knowledgeable with fermented beverages knows these are good grapes (DC 16 Intelligence). Great wine can be made with them. The four people tending to the vineyard hand-wave at the characters. An insight­ful person discerns that their attire is not appropriate for farming; they only pretend to work (DC 16 Insight). These are Darathos’s cult-like followers who moved near the winery soon after he did. If the characters intend to enter the building or doubt their intentions, the cult fa­natic and three cultists attack. They do not fight to the death; they flee in different directions if things go south.

The chamber contains a dining table, a wardrobe, and two rocking chairs by the hearth. A painting on the wall depicts a handsome, bearded man.

On the table, there is a wine bottle with a golden label. A person who drinks the poisoned Golden Vintage wine turns into a harmless duck (DC 12 Constitution).

The sparse room contains two beds, empty night-ta­bles, and a wooden bookshelf packed to the brim with novels, books, tomes, and technical scrolls.

One of the beds shows signs of recent use. The other one belonged to Joseph’s wife. Dana divorced him over personal differences years ago. Most of the documents on the bookshelf are about wines and the preparation of all kinds of fermented beverages and spirits. Some docu­ments were written by Joseph himself and depict all the recipes he has tried over the years to improve his wine.

Five large fermentation vats hug the walls of this room. The loading bay by the east wall is closed.

The wine in the vats is not poisoned, only of below-av­erage quality. A group of four cultists sorts out the bar­rels of poisoned wine to ready a shipment to a new town. They have strict orders to prevent anyone from tam­pering with the wine or to interrupting their activities. Should the cultist lose the battle, they escape through the loading bay and ride east on the horses by the cart.

The stench of rot and decay originates in this damp room. Three secret fermentation vats are here. Noxious, red-tinted fumes come from their tops.

The cellar doors near the loading bay descend 10 feet to this chamber. Joseph Hargen (commoner), Darathos (mage), and four cultists are here. Darathos orders his goons to attack the characters as soon as they arrive. He has no intention of letting them escape with their lives.

Old Hargen, despite his age and bad physique, desper­ately fights; he has too much to lose. He cannot let any­one know he poisoned the Golden Vintage on purpose.

The Golden Vintage. The room contains two and a half vats, six barrels, and several dozen bottles of poi­soned wine. Enough to wreak havoc on several small towns. A person who drinks the poisoned Golden Vin­tage wine turns into a duck (DC 12 Constitution). The spells purify food and drink or remove curse negate the foul effects of the wine but those already converted into ducks require a different solution (see area 8).

The locked door leads to a small office with a desk covered in scattered papers and a bottling machine.

The room contains all kinds of accounting documents, tax receipts, and lists of shipments and sales.

Joseph’s Diary. A leather-bound tome on the desk is Jo­seph’s Diary. It reveals the hate Joseph felt after enduring people’s bitter criticism over the years and how he could not handle his failure as a craftsman.

An intricate incantation circle dominates the room. Four pylons surround the glowing runes in its cen­ter. Pieces of parchments float in the air over it.

A small alchemy laboratory lies by the northeast alcove. Darathos used the incantation circle combined with al­chemy techniques to craft the foul duck-turning poison. Alas, the recipe for this concoction is not here. The mage shall not part with this foul secret that easily.

The Cure. A spellcaster that studies the parchments and the runes concludes that bringing those affected by the poison to the magic circle shall lift the curse and re­turn them to their former selves with little to no setbacks.

The chests in the small chamber contain traveling equip­ment and dried rations for a 2-week trip. The eastbound tunnel reaches the surface after 200 feet. Darathos does not accept death nor imprisonment. He uses his magic and this tunnel to escape if the battle seems lost.

The characters reach the end of this adventure and face the consequences of their deeds. After defeating Da­rathos and his goons, the characters discover a way to cure all the affected townsfolk in area 8. The captain of the city watch gladly pays the 400 gp reward after he sees that people return to normal in a matter of seconds.

If Joseph survives, he is judged and imprisoned. The winery is granted a neighbor family who owns farms and cattle. The wine quality does improve after a few months. 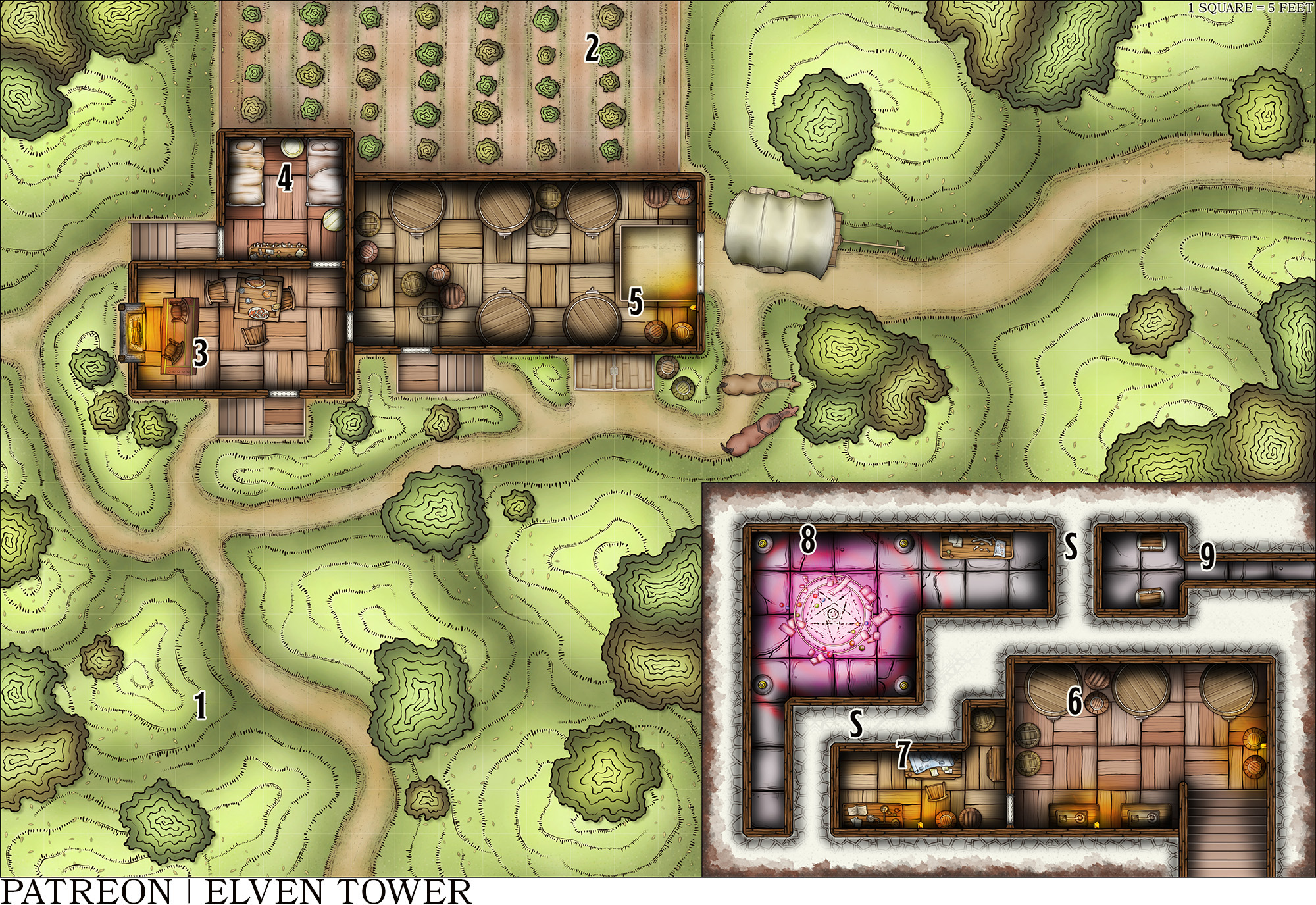