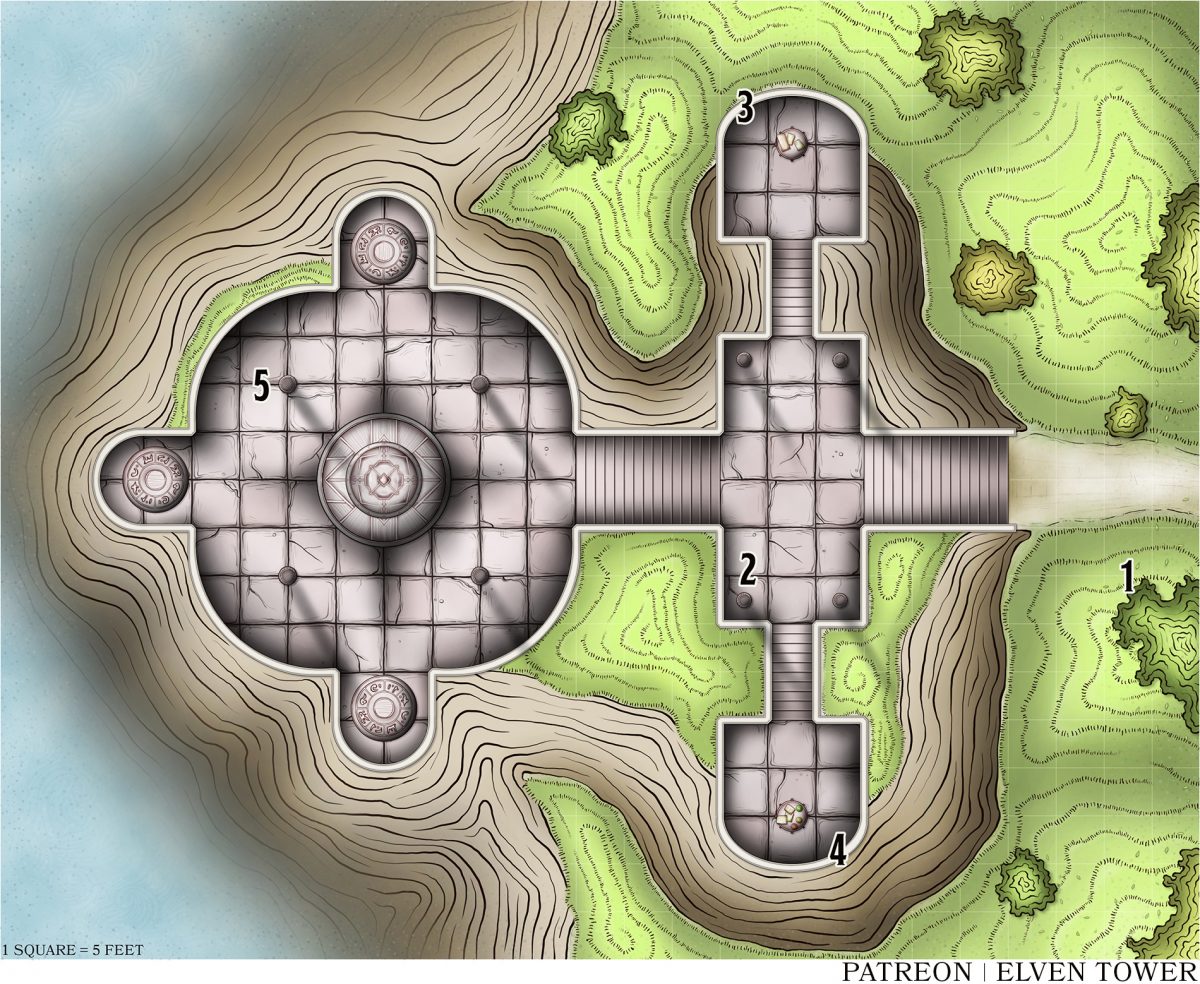 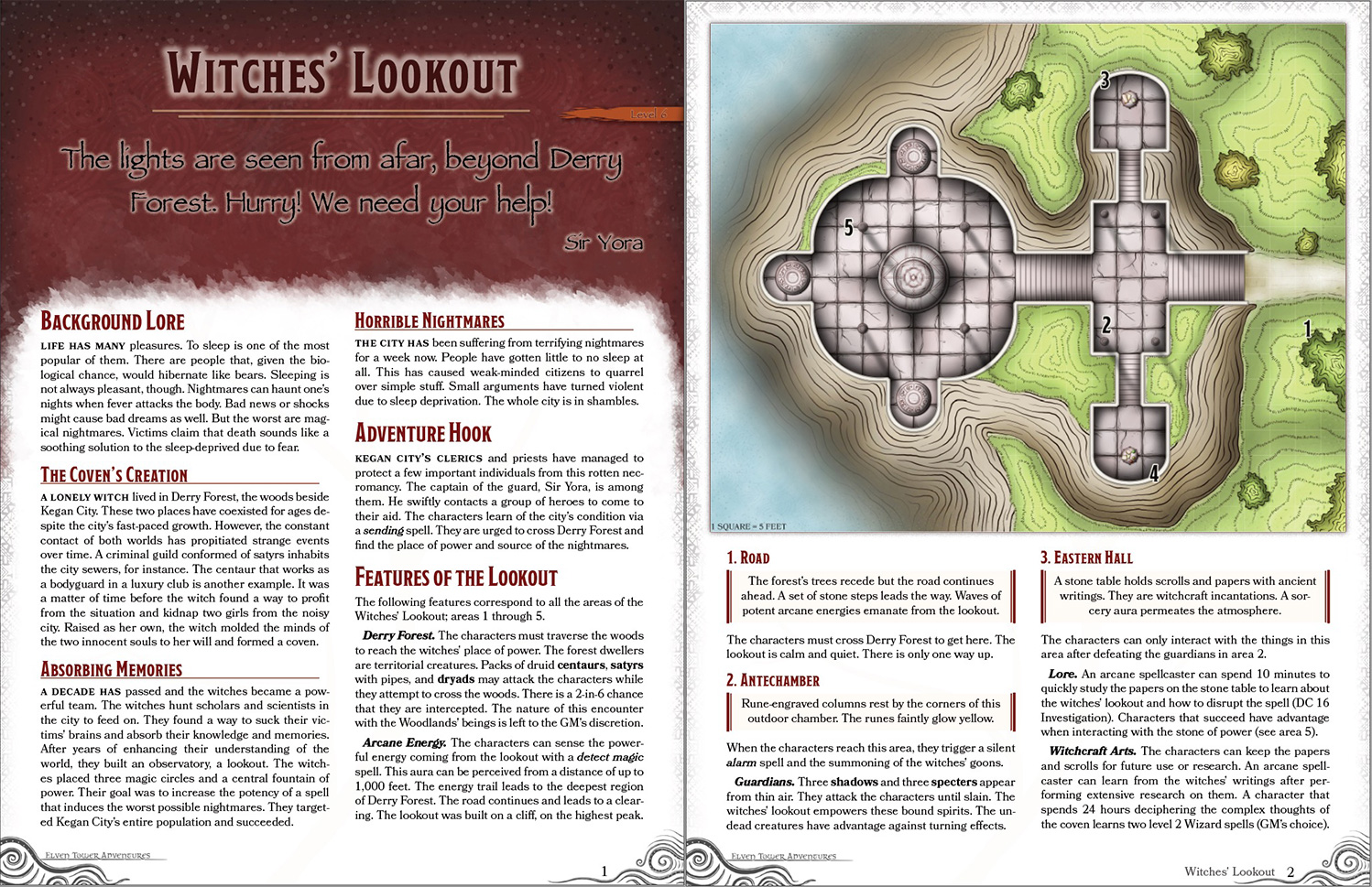 The lights are seen from afar, beyond Derry Forest. Hurry! We need your help!

Life has many pleasures. To sleep is one of the most popular of them. There are people that, given the biological chance, would hibernate like bears. Sleeping is not always pleasant, though. Nightmares can haunt one’s nights when fever attacks the body. Bad news or shocks might cause bad dreams as well. But the worst are magical nightmares. Victims claim that death sounds like a soothing solution to the sleep-deprived due to fear.

A lonely witch lived in Derry Forest, the woods beside Kegan City. These two places have coexisted for ages despite the city’s fast-paced growth. However, the constant contact of both worlds has propitiated strange events over time. A criminal guild conformed of satyrs inhabits the city sewers, for instance. The centaur that works as a bodyguard in a luxury club is another example. It was a matter of time before the witch found a way to profit from the situation and kidnap two girls from the noisy city. Raised as her own, the witch molded the minds of the two innocent souls to her will and formed a coven.

A decade has passed and the witches became a powerful team. The witches hunt scholars and scientists in the city to feed on. They found a way to suck their victims’ brains and absorb their knowledge and memories. After years of enhancing their understanding of the world, they built an observatory, a lookout. The witches placed three magic circles and a central fountain of power. Their goal was to increase the potency of a spell that induces the worst possible nightmares. They targeted Kegan City’s entire population and succeeded.

The city has been suffering from terrifying nightmares for a week now. People have gotten little to no sleep at all. This has caused weak-minded citizens to quarrel over simple stuff. Small arguments have turned violent due to sleep deprivation. The whole city is in shambles.

Kegan City’s clerics and priests have managed to protect a few important individuals from this rotten necromancy. The captain of the guard, Sir Yora, is among them. He swiftly contacts a group of heroes to come to their aid. The characters learn of the city’s condition via a sending spell. They are urged to cross Derry Forest and find the place of power and source of the nightmares.

Features of the Lookout

The following features correspond to all the areas of the Witches’ Lookout; areas 1 through 5.

Derry Forest. The characters must traverse the woods to reach the witches’ place of power. The forest dwellers are territorial creatures. Packs of druid centaurs, satyrs with pipes, and dryads may attack the characters while they attempt to cross the woods. There is a 2-in-6 chance that they are intercepted. The nature of this encounter with the Woodlands’ beings is left to the GM’s discretion.

Arcane Energy. The characters can sense the powerful energy coming from the lookout with a detect magic spell. This aura can be perceived from a distance of up to 1,000 feet. The energy trail leads to the deepest region of Derry Forest. The road continues and leads to a clearing. The lookout was built on a cliff, on the highest peak.

The forest’s trees recede but the road continues ahead. A set of stone steps leads the way. Waves of potent arcane energies emanate from the lookout.

The characters must cross Derry Forest to get here. The lookout is calm and quiet. There is only one way up.

Rune-engraved columns rest by the corners of this outdoor chamber. The runes faintly glow yellow.

When the characters reach this area, they trigger a silent alarm spell and the summoning of the witches’ goons.

Guardians. Three shadows and three specters appear from thin air. They attack the characters until slain. The witches’ lookout empowers these bound spirits. The undead creatures have advantage against turning effects.

A stone table holds scrolls and papers with ancient writings. They are witchcraft incantations. A sorcery aura permeates the atmosphere.

The characters can only interact with the things in this area after defeating the guardians in area 2.

Lore. An arcane spellcaster can spend 10 minutes to quickly study the papers on the stone table to learn about the witches’ lookout and how to disrupt the spell (DC 16 Investigation). Characters that succeed have advantage when interacting with the stone of power (see area 5).

Witchcraft Arts. The characters can keep the papers and scrolls for future use or research. An arcane spellcaster can learn from the witches’ writings after performing extensive research on them. A character that spends 24 hours deciphering the complex thoughts of the coven learns two level 2 Wizard spells (GM’s choice).

The characters can only interact with the things in this area after defeating the guardians in area 2. Arcane scrolls and witchcraft implements rest on the table.

Witch Magic. These papers work in the same way as the ones in area 3. An arcane spellcaster that spends 24 hours deciphering the complex thoughts of the coven learns two level 2 Wizard spells (GM’s choice).

When the characters reach this area, the three witches (green hags) use their powers to materialize in each of the magic stone circles. They immediately target the intruders with their putrid spells and black magic.

Tactics. Hags are intelligent creatures. They take advantage of the magic circles (see below) and their environment. They attempt to hinder enemy spellcasters first and paralyze tough opponents. When any of the witches falls in battle, however, the other two panic and flee. Losing the power of the arcane coven overwhelms them.

Magic Circles. Spells cast within the circles are considered one level higher. Characters that read the documents in area 3 are aware of this. They may attempt to force a witch to move and use a circle to their advantage.

Treasure. Each witch holds 1,500 gp worth of gold and silver jewelry and a magic item (ring of protection +1, a broom of flying, and a bag of holding). If only one of the witches dies, the characters get the first item, and so on.

The characters fail to stop the witches. It is too hard to fight them while together. They perish valiantly in combat or flee to fight another day. The witches’ lookout continues to perform the foul incantation that keeps Kegan City suffering. Havoc and mayhem invade the minds of the sleep-deprived people and thousands die.

Counter-Attack. Sir Yora and the rest of Kegan City’s authorities seek the help of higher forces and the clergy. If one or more of the characters survived, they shall be aided in a second attempt to stop the witches. After all, the city is still under their spell. The hags, however, might prepare too. This is an adventure for another day…

The characters defeat the witches. They kill them all or force them to flee into Derry Forest. The characters can destroy the stone of arcane power to stop the spell over Kegan City immediately. This rends the lookout useless and powerless; a simple stone structure.

An arcane spellcaster knows there are means to control the stone’s core (DC 18 Arcana). Reading the papers in area 3 grants advantage to this roll. The caster may spend 24 hours communing with the arcane waves of the core and nullify the effects of the witches’ spell. Doing so allows the characters to keep the witches’ lookout as a small hideout or place to maintain a low profile. 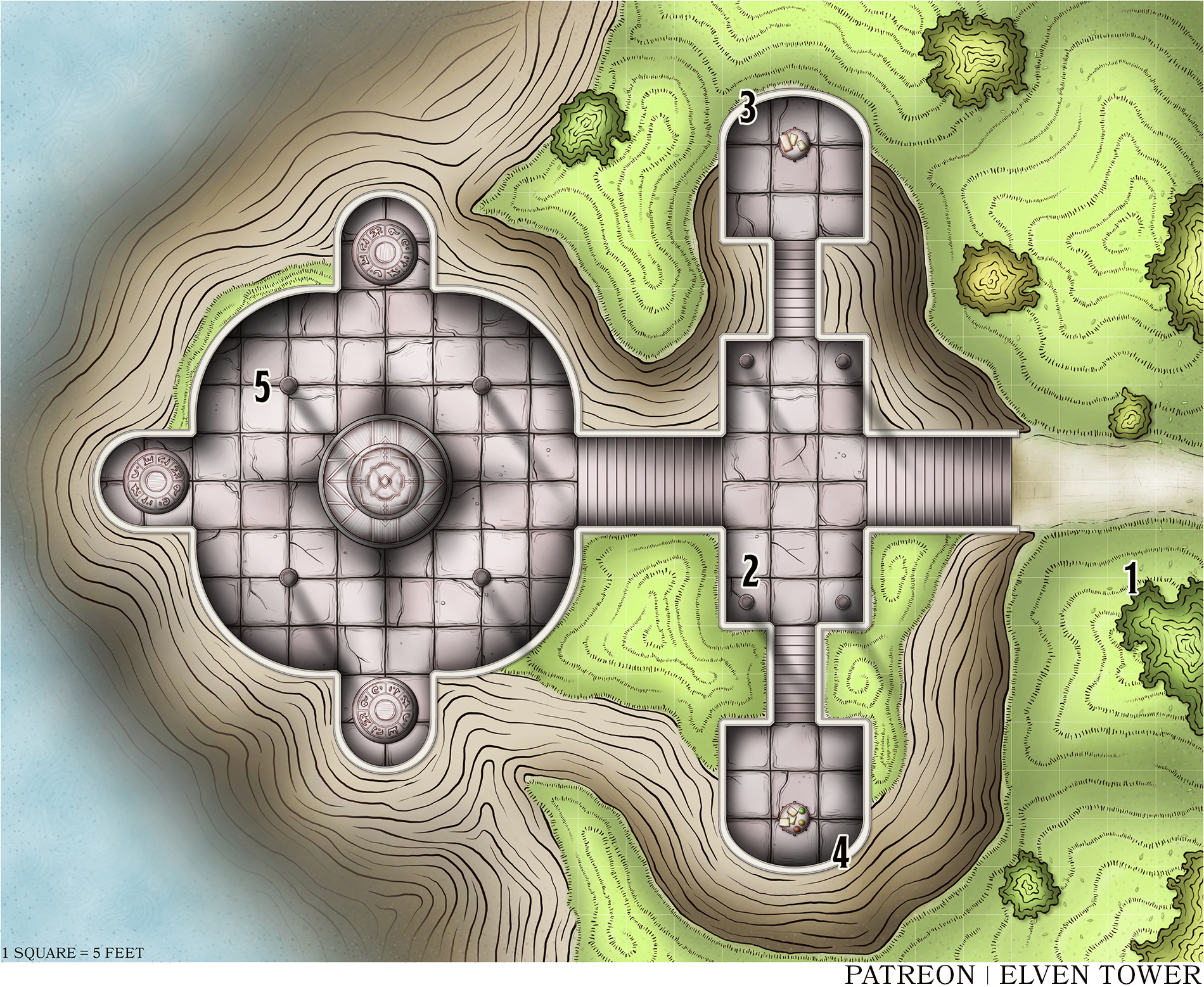